“A new life in Canada” after fleeing Ukraine 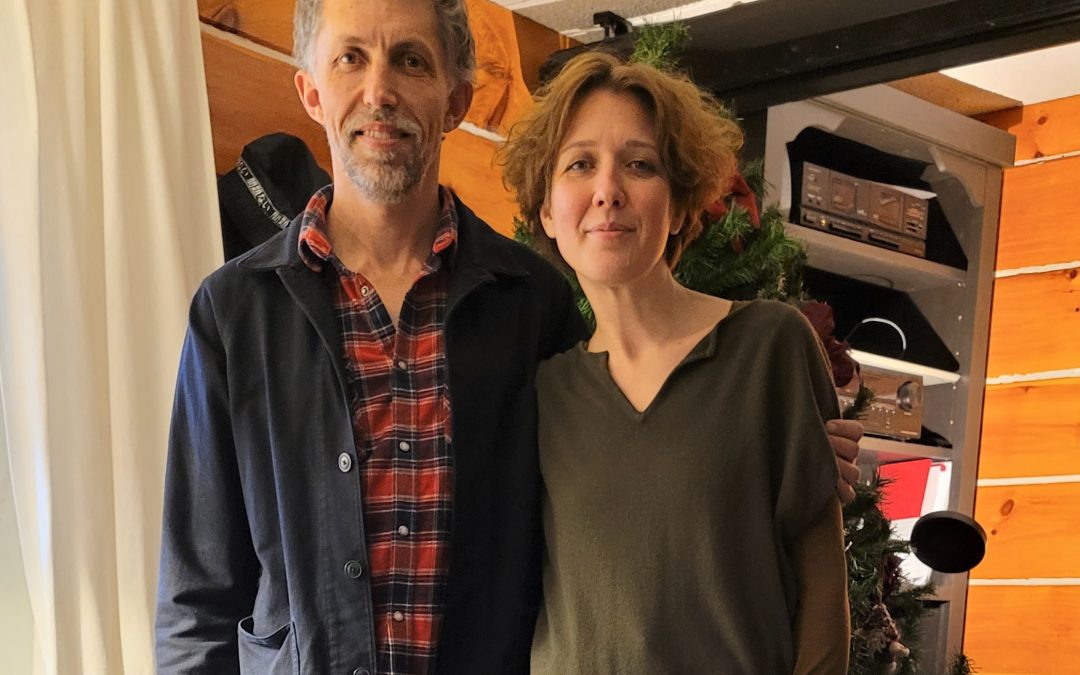 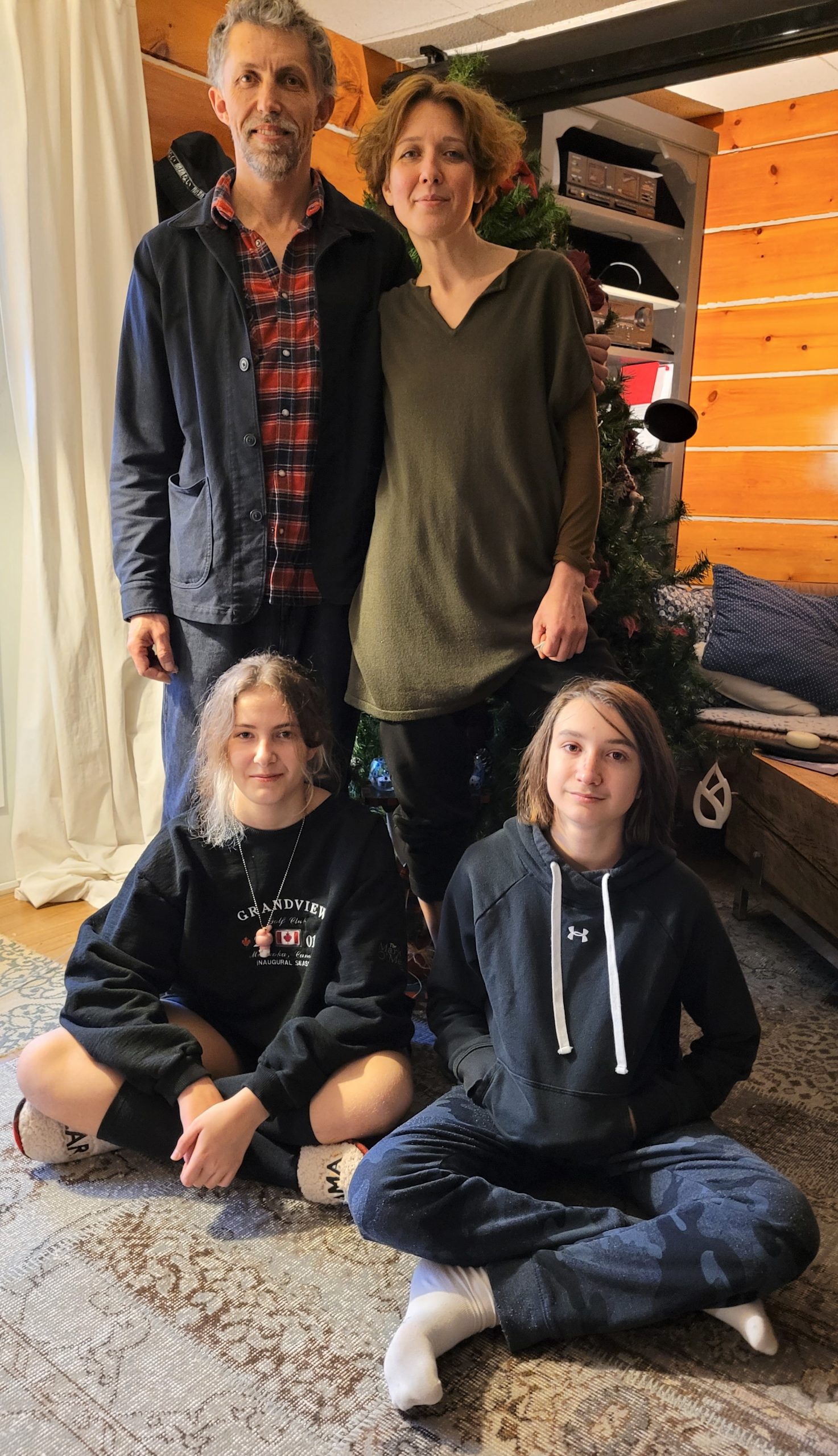 Maksym Nechytailo, wife Irina Koval and children, Sofia and Bogdan are settling into their new life in Port Stanley after arriving in Canada as refugees from the conflict in Ukraine.

By Joe Konecny
Central Elgin Correspondent
There seems to be no turning back now for Maksym Nechytailo.

The Ukrainian refugee—who brought his wife Irina Koval and children, Sofia and Bogdan to Port Stanley in August with the help of local benefactors—still covets the familiar faces and routines of his hometown Kiev. In fact, he often chats with old friends on the telephone.

But Mr. Nechytailo has turned the corner now. He is safely entrenched in a new life here and the likelihood of his returning to Ukraine is quickly fading beneath a wave of new acquaintances, landscapes and experiences.

“It was a great idea to come here: Canadians are very friendly,” Mr. Nechytailo, 52, said in an interview. “Now we need to spend our energy to make a new life in Canada.”

He and his family are grateful for all the support shown so far by the community, first in securing a place to stay, then with help gaining travel documents, and again being welcomed to the community. “I want to say thank you for my family to all the people who supported us. We were very happy and surprised that so many Canadians supported us.”

Mr. Nechytailo has landed a job at Kanter Yachts, on Barrie Blvd., in St. Thomas, working four days a week building recreational and commercial boats. Ms. Koval, a psychologist in Ukraine, is enrolled in English language classes in St. Thomas, starting from scratch. The youngsters are studying at Kettle Creek Public School (KCPS), in Port Stanley.

“Sophia and Bogdan came to our school at the beginning of this school year, and when they first arrived, they were quite shy and hesitant,” said KCPS Principal Esther Wendel-Caraher. “As time progressed, they began to learn the language, and there was a noticeable shift.

“Both children can now be seen looking very comfortable and happy when they arrive each day,” she added. “It is incredible to see how quickly they learned the language and how well they now communicate with staff, students, and guests at our school. Sophia even went to basketball tryouts last week for the first time. Both children can be seen playing volleyball on the yard and they have taken on the role of supporting other new-to-Canada students who have recently arrived at our school.”

Mr. Nechytailo has even managed to carve out some time to apply his natural creativity in the pursuit of various artistic endeavours. Kanter Yachts has given him access to a workstation on his off days and he’s used that to start sculpting with scrap pieces of aluminum found around the shop.

He already has an art exhibit at the Art Emporium in Port Stanley, showcasing a half dozen paintings completed soon after his arrival here. Mr. Nechytailo also conducts beginner and intermediate water-color classes at the Art Emporium. He is planning for aluminum sculpting classes in the near future.

“It’s not going to be fast for a good life in Ukraine,” added Mr. Nechytailo. The family now lives in a granny suite in the home of Ana and Marshall Smith. They arrived August 3, 2022 and hope to find their own apartment next summer. “In my opinion, the Russians will never stop doing bad things to Ukrainians.

“I have lived through three revolutions in Ukraine and nothing happened, no changes,” he said. Ukraine has experienced one revolution every decade since 1990. “I don’t think Russians will allow it.”

In his mid-to-late 20s, Mr. Nechytailo lived, studied and worked as an artist in Saint Petersburg, Russia’s second-largest city. But today, he puzzles over the propaganda that separates him politically from his old Russian friends and associates.

“I’ve got so many friends from Russian (but) it’s not the same country,” said Mr. Nechytailo. “I have very nice relationships with some friends in Saint Petersburg. They don’t believe what I say (about the Russian invasion).” He says Russian television is reporting that the United States is responsible for war in the region.

Most of Mr. Nechytailo’s friends and family in Ukraine have so far survived the invasion by Russia, which started in early 2022. However, a female friend recently described a tank driving up beside her house, turning its gun barrel and firing directly through its wall while she was inside.

“It’s a miracle she survived,” he said. A male friend and artist suffered a similar fate. “His house was destroyed completely. Now he lives in an apartment with my other friend in Kiev. I cannot imagine the situation.

“For Ukrainians it’s very hard. When I talk to my friends on the telephone, they think Canada is like paradise. All my friends, it looks like they’re safe now.”

When the invasion started in February, Mr. Nechytailo’s family fled. (Most Ukrainian men ages 18 to 60 have been banned from leaving the country, in anticipation that they may be called to fight. Maksym was allowed to legally leave as the sole guardian of a child from a previous marriage.) They got out of the war zone by following the leads provided by friends. “My friends passed me information.”

In the days leading up to their departure, he remembers staying with his wife’s family in Kiev. (His wife’s family is still there.) “They cannot go anywhere. There was no gasoline. You couldn’t get much money from the bank, maybe $50. I remember the long lines for the ATM.”

They first spent one month in Poland, then two months in France, before moving on to a crowded refugee camp in Zwiesel, Germany, where they eventually got all the required documents together, and flew to Frankfurt, then Rome, and finally Toronto.

“A lot of Ukrainians stayed in Poland,” he said. Poland was a lot like home to them, with some similarities in the language. “For many people, it’s hard to move somewhere. So many Ukrainians don’t speak any other language except Ukrainian (and) it’s hard to manage (the required travel) documents.

“It’s very interesting now to remember the story, but it was hard,” he added. “I feel like it’s been one year, so many interesting things have happened. Now I understand we’re very lucky. The Smiths support us well. Now we’re very happy.”

Even so, Mr. Nechytailo is uncertain about the future.

“We were surprised by the lifestyle here,” he said. Mr. Nechytailo grew up in Kharkiv, a city in northeast Ukraine, but lived in a house he’d built just outside of Kiev, with an art studio in central Kiev. “There’s a different style of buildings in the Ukraine. It’s more Scandinavian style here, I think. Trees are so big here.

“I don’t know about the future: we don’t have a plan,” he added. “It takes time. We decided to start a new life here. Our plan is to start a residence here, finish high school here, then college.