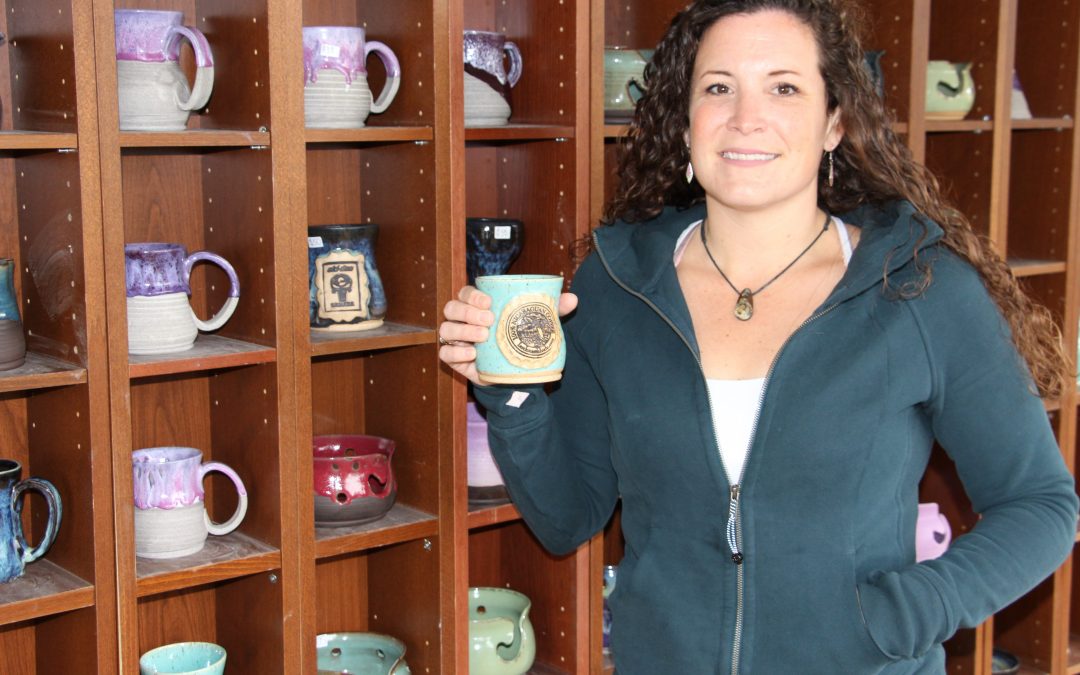 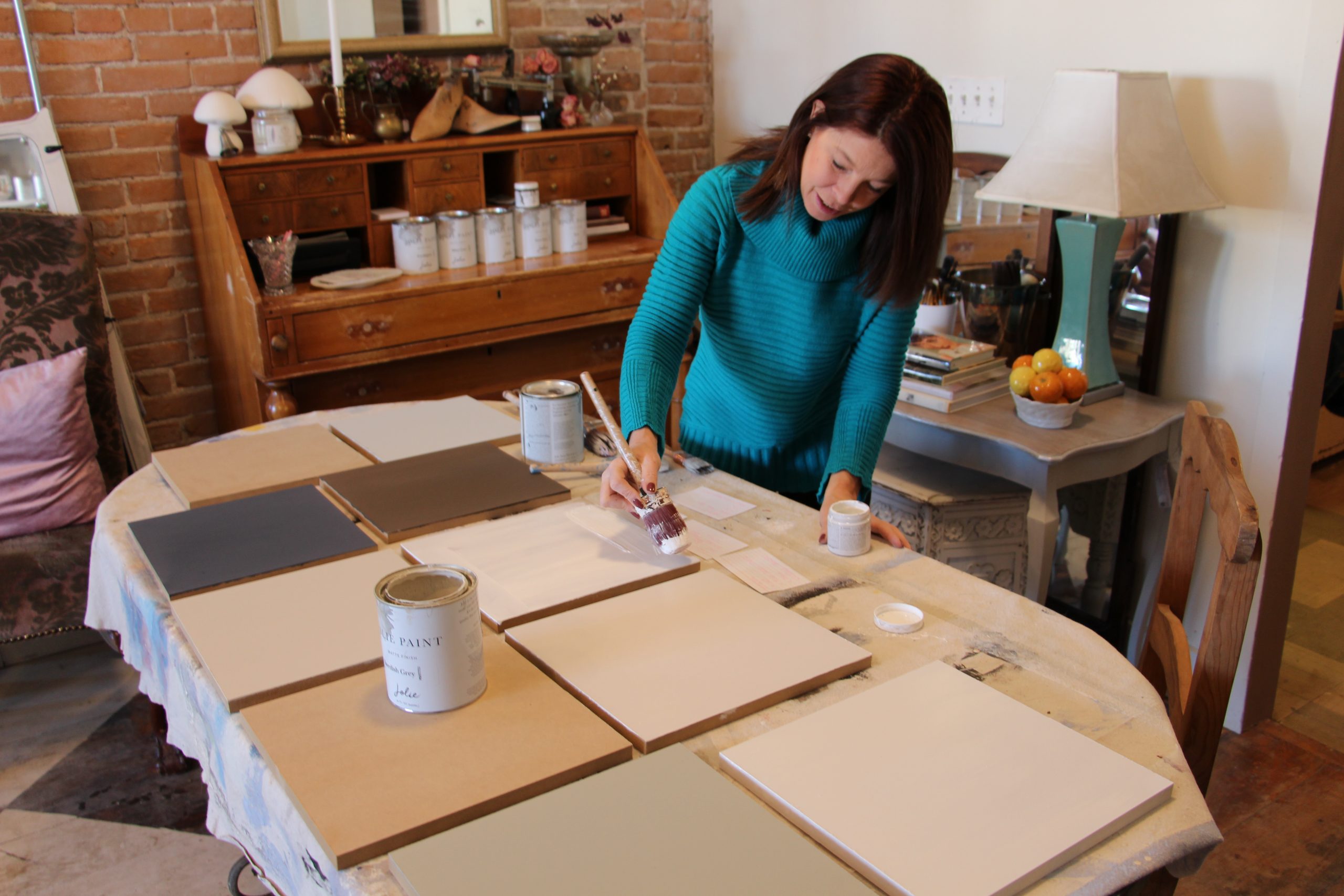 Small business startups in Port Stanley refuse to buckle under the weight of economic disruptions caused by the COVID-19 health emergency.

Even as a Canadian Federation of Independent Business (CFIB) study shows more than one third of Ontario businesses believe their establishments will not survive a second lockdown, several brave entrepreneurs here are diving in.

“I wouldn’t have done it if I hadn’t done it before,” added Gallant, referring to previous, personal trials and tribulations. “In times like these, the arts and entertainment flourish.” 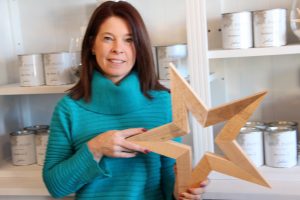 Gallant, formerly of Diamonds and Toads, in St. Thomas and London, moved to Port in 2019 and launched her new venture late this summer. The launch followed a tortuous four years during which she endured cancer treatments, a divorce and the deaths of her grandmother and father.

“I love my business and during COVID-19 is the best time for me to create a new business,” added Gallant. Her home decorating studio offers custom work and consultations, plus technique and project workshops on Zoom, as well as paint and wall paper sales. “It has been the best time for me to open because it’s less pressure. I’m still healing.”

Statistics Canada looks at the impact of COVID-19 on small businesses in a report published November 17, 2020. StatsCan states the Canadian economy shrank 11.6 per cent in April, following a 7.5 per cent dip in March, while overall economic activity rests about five per cent below pre-pandemic levels.

“Since the end of May, many businesses had begun to adapt to the new reality by shifting to teleworking, reducing hours, laying off staff, applying for government funding, or seeking rent relief,” according to StatsCan. “With small businesses making up 98.0 per cent of all employer businesses in Canada, these businesses have an impact on the overall Canadian economy.”

StatsCan’s Canadian Survey on Business Conditions – conducted from mid-September to late-October – found that “while the majority of businesses in Canada were impacted, smaller businesses reported being more affected.

“Small businesses were more likely to experience a decrease in revenue and have less liquidity, and more likely to be unable to take on more debt and to be considering bankruptcy in the current economic environment,” the survey shows.

“Our experience would corroborate the StatsCan data,” said Mark Masseo, Business Advisor, Elgin Business Resource Centre. “Many of the retail and restaurant businesses that I’ve encountered report being down 40-to-60 per cent to last year. Manufacturing, while I believe also down on average, has been less hard hit, which all makes sense when you look at who has been impacted greatest by protocols and lockdown.” 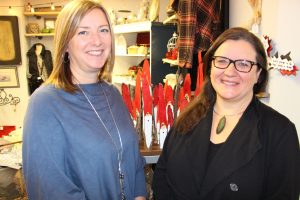 Jennifer and Kevin Teal, Anita Shin and Jeremy Gauthier dared to launch reVibe on October 23, 2020. “We decided that we wanted to be the change that we wanted to see,” said Shin. reVibe on Colborne Street, Port Stanley, is a consignment shop with a twist, offering products from local artists and collectors. “People have been generally positive.” Shin recalls one customer, lamenting not being able to see her grandchildren. “She was so overwhelmed by COVID-19, but it gave her hope that we opened our business. It made her feel that we all have to keep moving forward.” 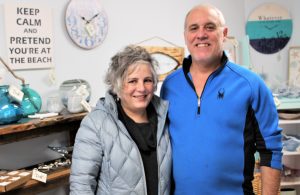 Lisa and Michael Fairweather moved to Port from Vancouver’s Sunshine Coast last November and signed a lease for a William Street shop in April 2020, wondering “how long is this going to be. We figured COVID would be something that would pass by quickly.” The official launch of Drift – offering locally made custom wood furniture and beach-inspired decor – came in May, delayed by tough COVID-19 restrictions.

“Luckily, doing the social media thing, we started getting custom orders,” said Michael. “It hasn’t slowed down. Could we be busier? Any business could be busier, but I think we’re doing very well. It’s just been one good thing after another. Some people were saying to us that if you can make it through this, you’ll cruise on.”

Lisa struggles with some of the day-to-day COVID-inspired changes. “What I don’t like is that I can’t recognize people with their masks on. You know, people normally like it when they come in the store and I call them by name. Oh, and then there is the constant cleaning.” 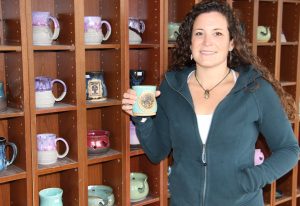 About a year ago this month, Kristy Suckling, proprietor at Yellow Brick Pottery, 6781 Union Road, was selling clay products at Christmas craft shows in the region, but quickly decided to launch a pottery studio. By January, people were inquiring about private lessons and in February, she established an aggressive schedule to accommodate the demand, investing about $10,000 to get her business rolling.

“By March 12, 2020 the coronavirus was starting to be declared a pandemic,” said Suckling, also a mental health nurse at Parkwood Institute, in London. “Sales and lessons were really impacted for two months.”

By Mothers Day, she moved her inventory outdoors on tables, took pictures, and posted them on social media. Sales resumed. By June, she re-started lessons, but outdoors. “Honestly, I don’t ever want to do classes indoors again. It’s just such a nice experience outdoors.

“Throughout all this, I’ve had my eyes opened,” added Suckling. “What truly is important in life is probably not what we were thinking a year ago. Don’t do what you should do, just do what makes you happy and you’ll always be rich in blessings.” 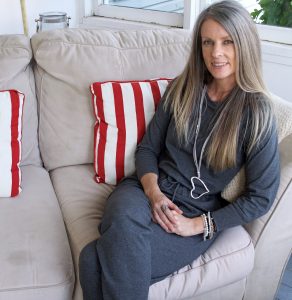 While Carol Thompson is already proprietor at Port Lifestyles, as well as the Keller Williams Lifestyles brokerage, she has launched a third business called Shaka Board, all on William Street, Port Stanley.

“During the first wave (of COVID-19) and all summer, we noticed what the limitations were out there for activities,” said Thompson, who enjoys practically all water sports with husband Deryk Chin. “Staying active was hard with gyms shut down and not much to do.”

Many of their friends also developed an interest in stand-up paddling (SUP), however, paddleboards were difficult to source, hence Shaka Board, carrying Pau Hana and Red paddleboards and surfboards by Catch Surf.

“With more lockdowns on the way and another year of COVID-19 predicted, we are thrilled we can provide some fun out there,” said Thompson. “We all need a little happiness and well, exercise is always a bonus when it’s fun.

“In hard times you need to be creative, move and adapt,” she added. “We just diversified our businesses so we could keep things going during shutdowns and closures. With Real Estate, the eco shop and now paddle-surf shop, we feel lucky to still be making a career out of what we love to do.”