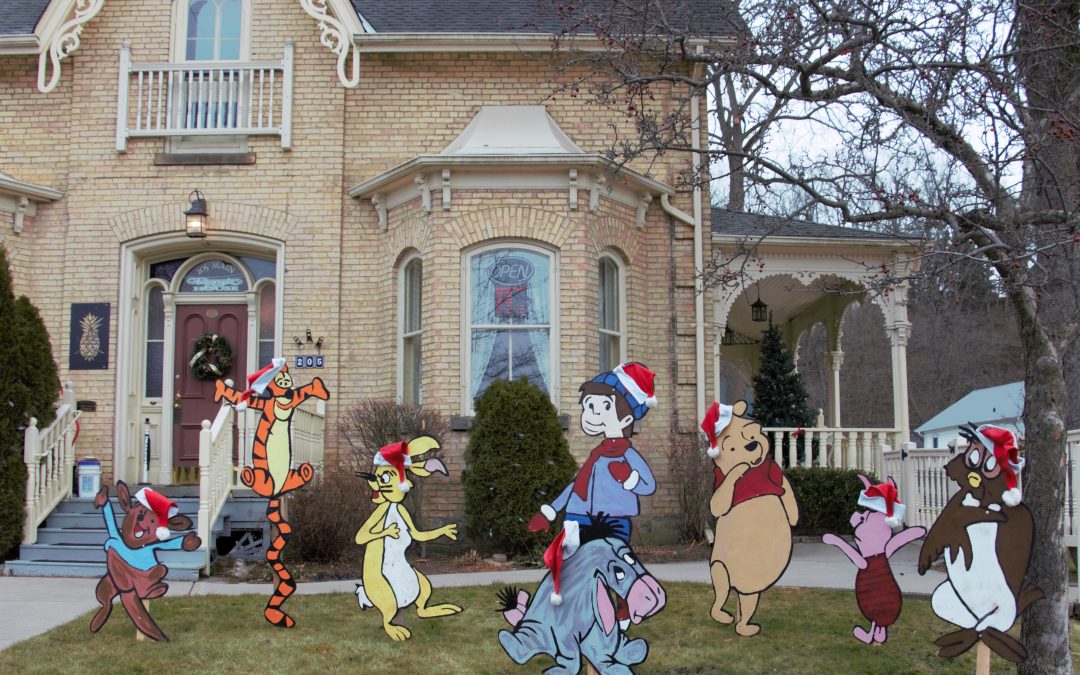 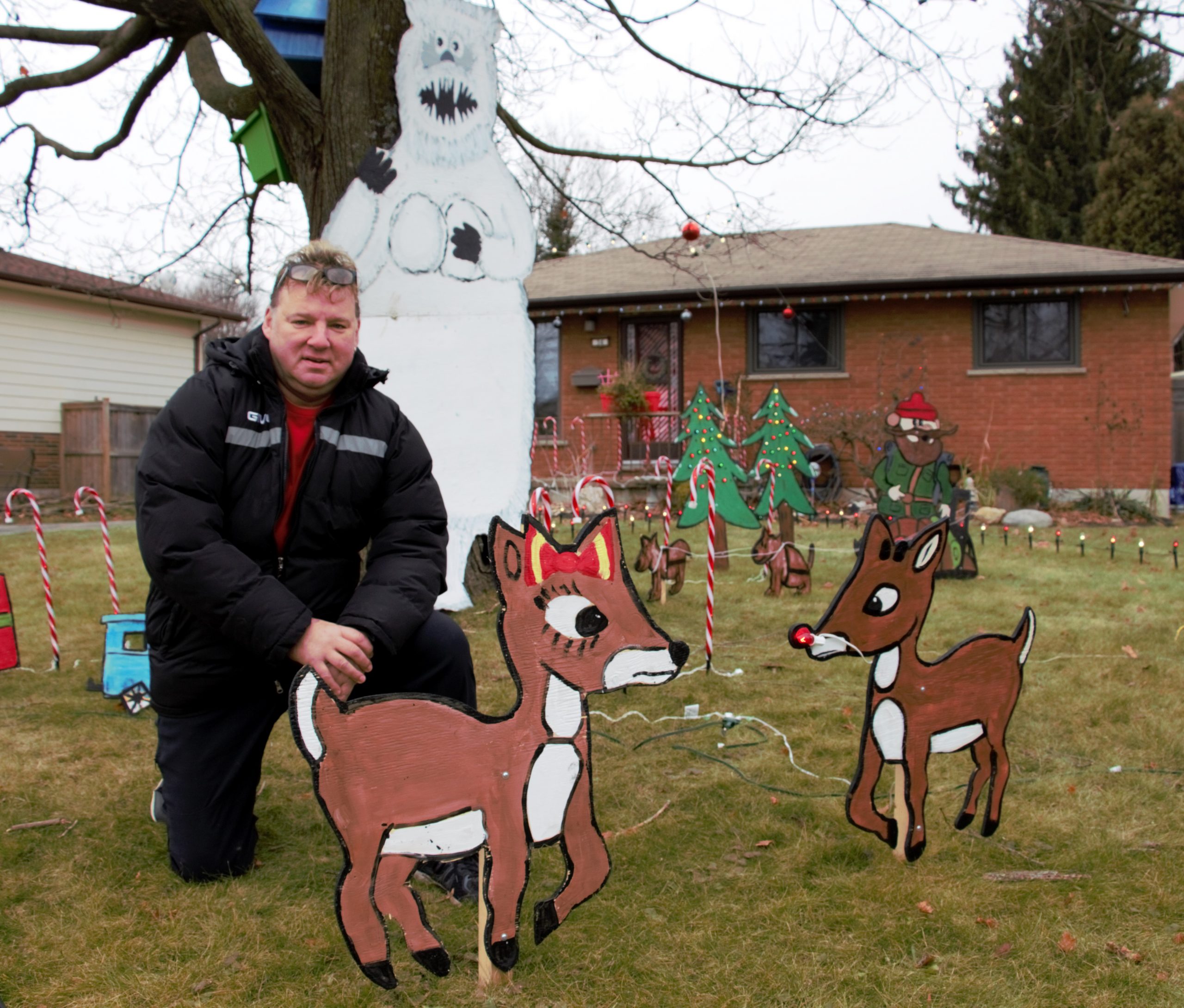 Many of us rely on the Christmas classics to kick start our holiday spirit.

They warm our hearts year after year: animated television specials like A Charlie Brown Christmas, How the Grinch Stole Christmas, Winnie the Pooh and Christmas Too, or Rudolph the Red-Nosed Reindeer.

Bruce Hartman is no different than the rest of us, although the St. Thomas resident and Telegraph House Restaurant chef takes his passion for the season to another level.

Hartman paints the animated characters freehand on quarter-inch plywood to generate colorful displays that fuel the Christmas spirit of those around him. 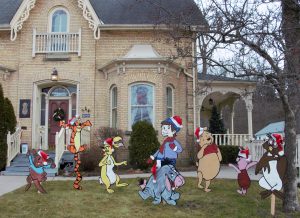 “I get a lot of pleasure out of it,” Hartman said in a recent interview. “Every year I’m looking forward to doing it. I like when people stop to take pictures with their kids.”

He has practically the whole cast of Rudolph the Red-Nosed Reindeer in his front yard, with the whimsical carol of the same name playing for the benefit of passers by.

His workplace is also decorated. Hartman painted the crew from Winnie the Pooh and Christmas Too and positioned them along Main Street, in front of the Telegraph House Inn, in Port Stanley.

His partner Jackie Pettigrew’s workplace, Inn on the Harbour, has been adorned across the street with Peanuts characters from A Charlie Brown Christmas.

The Peanuts display is an homage to a display in Pinafore Park that inspired Hartman when he was studying art at St. Joseph’s High School. That display was all the people in Whoville, holding hands in a circle, celebrating Christmas Day.

“It started again six years ago,” added Hartman. “I really love Christmas and I thought I’d start up again. I decided I would make my first display. It was Frosty the Snowman.

“The neighborhood loved it, so the next year, I did the Grinch,” he added. “Then someone requested that I do the Peanuts characters. This year, I decided to do Rudolf.  Next year … some people are asking for the Grinch, but I think I’m going to do Mickey Mouse, with Pluto.”