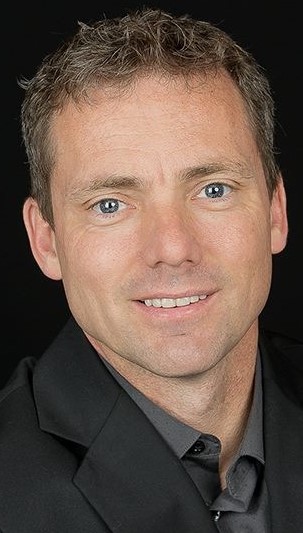 A few more people have stepped forward in Central Elgin (CE) and registered as candidates for the October 24, 2022 municipal election. The deadline to file nomination papers is Friday, August 19, 2022, at 2 p.m.

“From the deputy mayor position … I feel I can bring some calmness and unity to the group,” Noble said in an interview yesterday. A certified executor adviser, Noble, 54, is proprietor at Noble Financial Solutions, in Payne Mills, specializing in living benefits. “The group has got to work together.”

Also a Deacon at Plains Baptist Church, at Fairview Road and Sparta Line, Noble is up against incumbent Ward 1 Councillor Colleen Row and Bill Harrington in the race to become Deputy Mayor.

“Transparency and communications are huge,” added Noble, describing his campaign goals. “The biggest issue is, I think, you vote for what the constituents want. It’s important to remember you’re the people’s representative. If no one is sharing information, people don’t know. If you keep them in the dark, you’re creating a level of mistrust.” 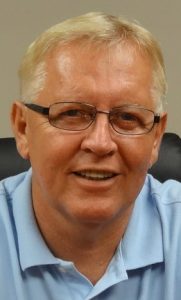 A life-long Central Elgin resident who was born and raised in Port Stanley, Winkworth, 71, is up against David Conners in Ward 4. Bill Fehr is the incumbent in Ward 4, but Fehr is now running in Ward 3.

Winkworth represented Ward 4 from 2014 to 2018 and gained prominence as a spokesman for an Eastwood subdivision group that wrestled with CE Council over costs of a new sewer project. The efforts of Winkworth and Fehr helped lower project costs for affected homeowners.

“l know what I want,” said Winkworth, a Grace Café volunteer and a supporter of the St. Thomas YMCA’s Strong Kids Campaign. “We’ve got to get rid of this back-room bull. I want equality throughout the municipality.”

Winkworth also opposes CE’s new parking strategy in Port Stanley, saying it has created an obstacle for low-income families. “They’re using the lake as a money maker. They’re holding it hostage. Let the people go to it.

“That’s where my head is,” said Winkworth. “Be good to people for gawd sakes. Stop friggin’ spending. You’ve got to put the brakes on.

“Maybe we’ve gone far enough,” he added. “Why not take a step back and see where we are? People up here think we are a bank account for Port Stanley.” 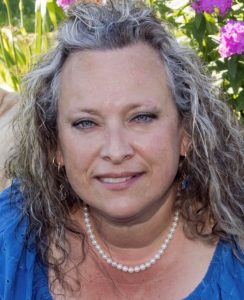 She is proprietor at KC Training Plus, in St. Thomas, providing emergency and first aid training. Cook, as well as her sister Cathy and brother John, is also a third-generation owner of Lyle Cook Automotive Service Centre, a car repair and maintenance business on Wellington Street, in St. Thomas. “In my spare time, I rescue dogs,” she said. Cook has rescued six dogs – all Shar Pei – in the last 22 years. She also supports Barks and Meows Adoption Rescue, in Chatham.

In her first election, Cook was ‘acclaimed’ in 2018, filling the seat left open by Stephen Carr’s run for Deputy Mayor.

“I would like to see a respectful Council that works together for the community,” said Cook, who intends to continue her focus on minimizing taxation increases. “I want to see this community come together.

“Yes, I’ve heard the negativity (on social media). I’ve heard positivity too,” added Cook. “I’ve heard both. I suppose you always will.

“I don’t want to get into the negativity,” she said. “I tried my best. I’m sure we can all do a better job,” she said. “When it comes down to it, you do the best with taxpayers’ dollars.”

Cook is encouraged by the number of newcomers on the Unofficial List of Candidates (The List). “There are a lot of new names. It’s a good thing. The community wants to get involved and that’s great.” 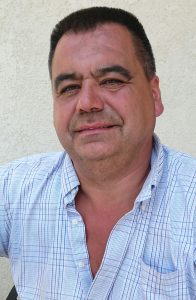 Others on The List now include Casey Siebenmorgen who joined Ward 2 Councillor Dennis Crevits and Deputy Mayor Tom Marks as candidates for mayor. Siebenmorgen finished third in the 2018 Central Elgin mayoral race. He is expected to make an official announcement later this week. A number of other mayoral candidates are also rumored to be in the wings.

The List also registers Michelle Graham as a candidate for Ward 1 Councillor, David Conners for Ward 4, plus Rob McFarlan and David Baughman for Ward 5. Ward 5 Councillor Fiona Wynne is not running again.

Richard Hoffman of the Thames Valley District School Board has not responded to inquiries and TVDSB Trustee candidate information is not readily available to the public.