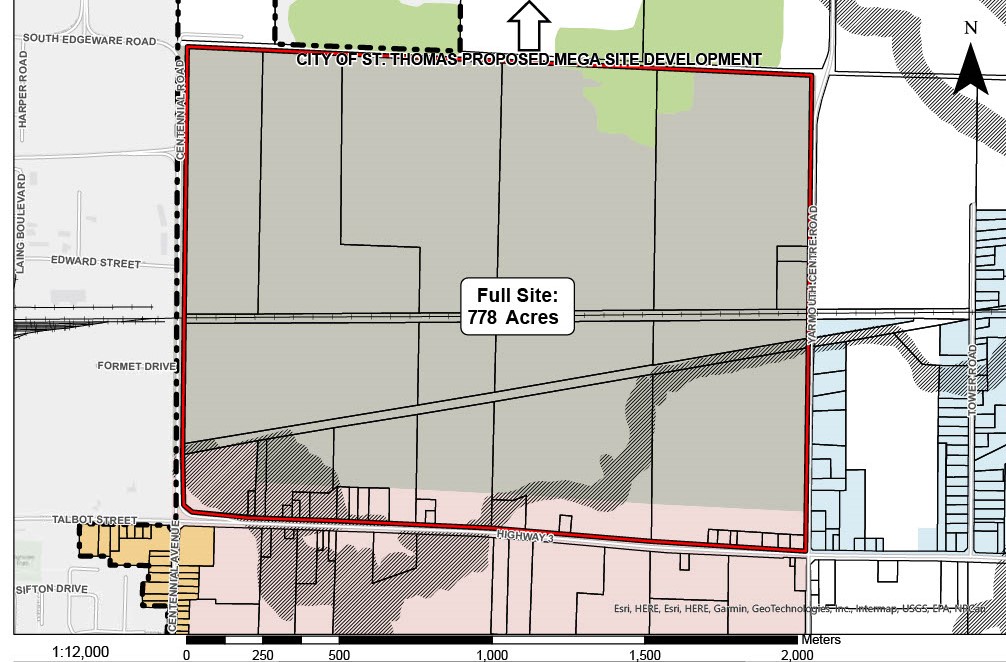 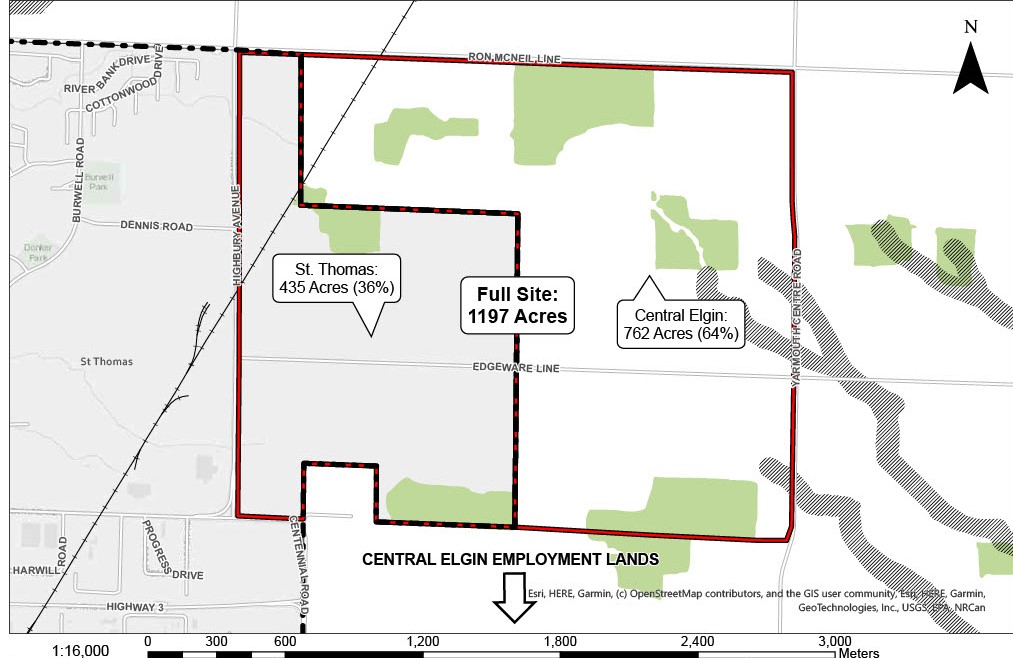 The “mega-site development” plan proposed by the City of St. Thomas and the St. Thomas Economic Development Corporation.

Central Elgin (CE) Council broke its silence on Tuesday – sort of – on a “mega-site development” plan proposed by the City of St. Thomas and the St. Thomas Economic Development Corporation.

Without ostensibly contravening a Provincial non-disclosure agreement, Deputy Mayor Tom Marks read a statement during Council’s regular meeting on July 19, 2022 that expressed CE’s opposition to the neighbouring municipality’s proposition but avoided contravention of the gag order.

The statement questions the logic of imposing commercial-industrial zoning on agricultural land, woodlots and wetlands – without public feedback – when an appropriately zoned site already exists in a land assembly directly to the south, along Hwy. 3.

However the statement fails to directly address the concerns of local landowners.

“The Municipality of Central Elgin, Elgin County and the private land owners, of the Central Elgin employment lands, have worked diligently since 2019 to submit these employment lands through the Provincial Job Site Challenge for potential mega site development opportunities,” the statement continues.”

The City indicated it “ … has entered into binding agreements to acquire over 800 acres of land in the northeast area of St. Thomas for strategic economic development purposes.”

By CE’s estimates, the city’s proposal is actually 1,197 acres in size, including 762 acres in Central Elgin and 435 acres in St. Thomas.

“Conversely, the process for municipal restructuring, or a boundary adjustment that alters the geographical boundaries of a municipality, is a public process as outlined within the Municipal Act, 2001 …  That public process includes notice to the public and a public consultation meeting on the potential restructuring proposal.” 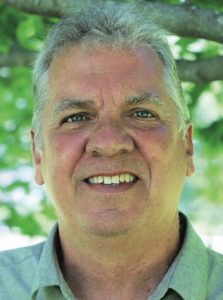 Central Elgin Ward 2 Councillor Dennis Crevits, a candidate for mayor in the October 24, 2022 municipal election, was the only member of Council to speak out independently of CE’s official statement.

“There’s nothing stopping another municipality from buying up land in another municipality,” said Crevits. “ … Just because they are purchasing lands in the area does not mean there’s automatic rezoning or any removal of agricultural land or woodlots.”

“We don’t have a need for additional land at this point,” added Crevits. “The 800 additional acres that is being questioned is something that is not in scope.” 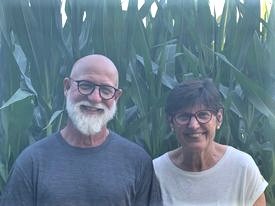 CE’s statement was read after a deputation by Tom Martin, his wife Diane Dubois, and Stephen Greydanus, representing a landowners group called Concerned Citizens Against the St. Thomas Land Grab.

“We’ve not been able to talk to our elected officials or staff,” Martin told members of Council. He and Dubois operate a 400-acre, mixed crops farm at 45254 Edgeware Line, in Central Elgin, next door to St. Thomas’ proposed industrial park. “This is an unprecedented infringement of the rights of taxpayers of Central Elgin, forced on us through non-disclosure agreements.

“Is my home of six generations next?” he asked. “When will you be able to openly talk to me about this development? How do I officially declare my opposition to rezoning of farmland?”

Urban development claims an average of 175 acres of productive farmland every day, according to the Ontario Federation of Agriculture (OFA). With Ontario’s average farm size being 249 acres, that’s a loss of five family farms a week. Only five per cent, or 13.3 million acres, of Ontario’s 266-million-acre land mass is suitable for farming.

“The City is allowed to purchase lands outside our boundaries and that has been achieved,” said Sean Dyke, Chief Executive Officer at the St. Thomas Economic Development Corporation. “There will be no expropriation required.  I don’t really have any further comment on their discussion today.”

Rob Flack, the newly elected Progressive Conservative Member of Provincial Parliament for Elgin-Middlesex-London, did not immediately respond to the North Shore Beacon’s inquiry.

Elgin County officials were also unable to respond before the Beacon’s deadline.