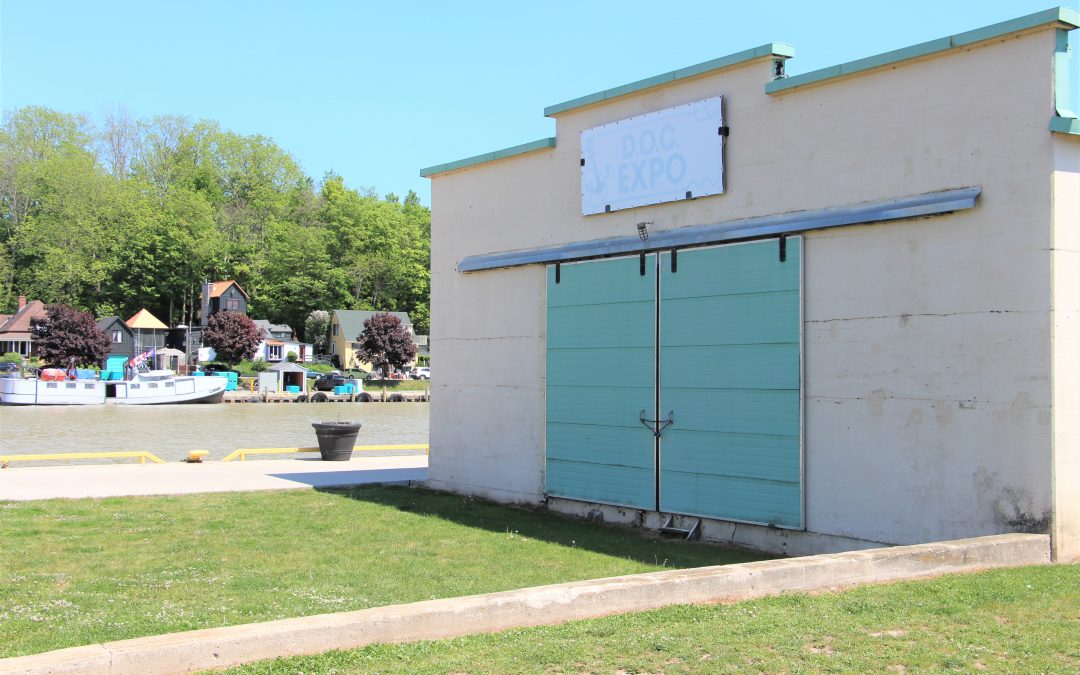 Two homegrown proposals to redevelop Port Stanley’s Dominion of Canada (D.O.C.) Building were recently rejected by Central Elgin and it’s still anyone’s guess what lies ahead for one of the village’s most coveted parcels of public property.

A D.O.C. Building proposal by Ted Halwa – a member of the Port Stanley Business Improvement Area’s (BIA’s) board of management, and a Port Stanley Village Association (PSVA) director – got the proverbial thumbs-down. So did a plan submitted by David Russell, proprietor at London rental agency The Apartment Shoppe.

Both local residents are somewhat miffed by the rejections, especially because Central Elgin’s call for public “expressions of interest” is so broad and vague, and also because no feedback was offered to explain the context of the rejections.

“I think the process should be transparent, and opportunities provided for the community to review the submissions, and offer its input and suggestions,” said Halwa, a seasonal resident of Port Stanley since 1980 and an Orchard Beach homeowner since 2015. “I think the community is justifiably a part of the decision-making process to determine its future.

“The D.O.C. Building is a legacy building … situated in a very pivotal position and strategic location in the harbour,” added Halwa. “At the risk of over-dramatizing, I would say (it’s) where east meets west. It has the potential to be jewel of the harbour which is, and which is increasingly destined to be a very public place.”

Halwa and Russell were among the four proposals submitted to Central Elgin after it reached out to interested parties in April. The call for ‘expressions of interest (EOI)’ was posted on the municipality’s website, and also directed to “targeted industry groups” with a June 3, 2021 closing date.

“Industry feedback advised that while there was interest, these industries were some of the most impacted by the COVID-19 pandemic, and that financially, they were not in a position to begin a new venture or expand upon a current one,” according to a June 14 2021 staff report to CE Council. “Information is being held confidentially by (Central Elgin) … as the documents may contain technical or commercial information.”

Another report to Council was expected in July. When the Beacon inquired recently about the status of the EOI process with e-mails sent to Mayor Sally Martyn, Chief Administrative Officer and Clerk Paul Shipway, and Director of Asset Management and Development Lloyd Perrin, only Shipway responded, saying “no update at this point in time.” His note included the Internet address for a CE Dominion of Canada Building page that doesn’t seem to have been updated since April. 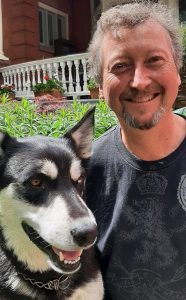 “The D.O.C. Building is a prominent structure along the river’s edge and needs a good plan for re-purposing, so that it can have a viable future,” said Russell. “The future use of that building will surely be integral to the development along the west edge of Kettle Creek.

“Only four (EOI) submissions were made and two were immediately discarded,” added Russell, who has lived in the former Liberty Hill Club, on Cornell Drive, since 2010. “It would be ideal if the process was a little more open to the public. The Village as a whole should have an open conversation about options. An open process will inspire to achieve a greater success.”

Russell’s proposal involved a land swap. He envisioned acquiring the D.O.C. Building, as well as a land parcel immediately west of the structure and fronting on Carlow Road, in exchange for property he owns at 208-210 Main Street, including three store fronts in the one-storey concrete commercial building which once housed the Traction Line railway station.

He proposed that Central Elgin use the Main Street site for a downtown parking lot. For Russell’s end of the bargain, he would repurpose the D.O.C. Building and also develop “a low-rise residential building, offering rental accommodation.” Russell envisioned developing a “brewpub,” with a bistro kitchen and tasting room, at the north end of the building. A “complementary tenant” would be sought for the south end of the building. The centre portion would serve as a community events venue, catered by the brewpub.

“It is not my intention to erect an exclusive condominium or high-end rental apartment building,” Russell states in his submission to Central Elgin. “The village is in dire need of affordable housing and we (are) losing our current long-term residents as a consequence, being pushed out by incoming residents with greater financial resources.”

Halwa’s proposal called for Central Elgin to retain ownership of the building. “My proposal for the future use of the D.O.C. Building is not to divest the building to the private sector for gain, but rather to recognize the building as an underutilized and strategic public asset in the centre of the community,” he states in his submission to Central Elgin.

He urged the municipality “to capitalize on the value of retaining it in municipal ownership and in repurposing it into a revenue-generating community centre or hub for the widespread benefit of the community. This concept is not entirely an original idea, but more of an evolution and refinement of concepts previously advance.”

“Harbour Hub,” according to Halwa, would comprise a banquet hall for family and community events, a multi-purpose room for community activities, community meeting rooms for use by the not-for-profit sector, and a casual dining restaurant or pub, with an outdoor patio. To add a bit more “vibe and diversity,” Halwa included three boutique-sized store fronts in the mix.

While Halwa’s proposal identifies a comfortable revenue stream, it also suggests a significant price tag for the municipality. Repurposing the D.O.C. Building would require Central Elgin to develop connections for water and sanitary sewage, as well as hydro. A new roof is also likely required. The costs for pre-engineering, upgrades and renovations may also be high. Over time, Halwa said the municipality could recoup its expenditures through monthly revenues generated through the varied uses of the building.