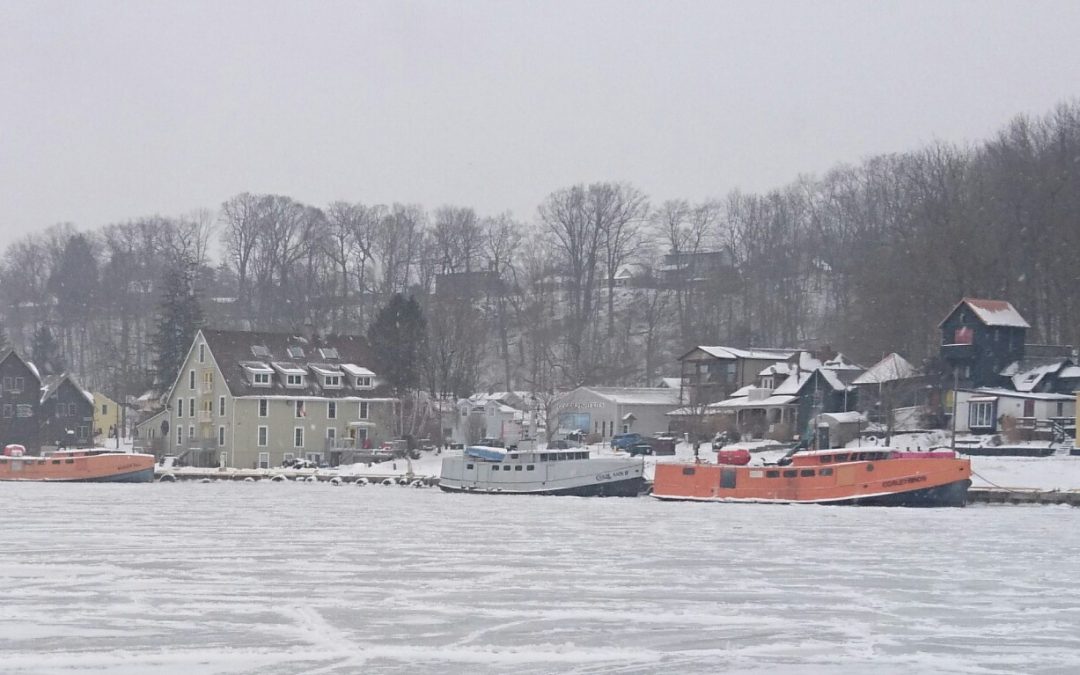 A majority of influencers – mostly on Facebook – are squarely opposed to HCD. Proponents rarely weigh in on Facebook and the influencers speculate that’s because Central Elgin Mayor Sally Martyn is leading the HCD charge and has garnered enough support from Council colleagues to have the proposition approved.

“I am not driving this,” Central Elgin Mayor Sally Martyn told North Shore Beacon today. “I do not care if it goes ahead. If the citizens don’t want it, it will not go ahead.

“It was only resurrected by the request from Port Stanley Village Association (PSVA),” added Martyn. A public meeting is scheduled, using the Zoom application, on Wednesday, February 10, 2021, at 7 p.m.

“I do not follow Facebook,” added Martyn. “I have only been called by three people: one for more information, one opposed to the speed of the process, and one in support. All live in the district. I have received one other negative email.”

Yet social media influencers continue to blame the politicians and question the heritage plan. There are a few other common themes emerging on Facebook. For example, there’s frustration because downtown property owners have soundly rejected HCD on two previous occasions and little appears to be changed this time around.

The influencers say CE’s public meeting notifications were confusing and failed to reach many property owners. They question the logic of planning a public meeting and sending notifications during a pandemic and in the dead of winter, when many folks have other priorities, or may have even abandoned the resort town in the off season.

HCD opponents also wonder why CE doesn’t wait and hold a bricks-and-mortar meeting after the pandemic lockdown. They worry Zoom technology may be too cumbersome and confusing to get a true sense of the public’s position.

From a technical standpoint, the influencers say the district is too large. They oppose the introduction of more bureaucratic red tape and increased costs for property owners, and they wonder what the HCD administration costs would be. Above all, many influencers don’t like people outside the proposed district telling those inside it what they can and can’t do with their property.

“The process has been terrible,” said Central Elgin Deputy Mayor Tom Marks. “I’ve had so many telephone calls on this. Unless something changes real quick, I’m not going to support this. I don’t see the urgency. We’re fighting a pandemic.”

Marks remembers the last time HCD was rejected by the community. He was at the public meeting, which was chaired by Martyn. “It was a total disaster,” said Marks, who is also the 2021 Elgin County Warden. “There were screams and shouting. Council just dropped it: there was an election coming.” He remembers Martyn being “quite haughty” when he predicted more chaos if the issue ever returned to Council. “She said ‘people are in favor of doing this,’ but it looks like my prophecy is coming true.”

There is, however, a persistent segment of the population that supports heritage conservation in Port, dating back to at least 1977, when the LACAC (Local Architectural Conservation Advisory Committee) was established. LACAC’s first chairperson was Linda Pierce, and its original members included Joan Wakely and Hal Sorrenti. It was a forerunner to Central Elgin’s current Municipal Heritage Committee. LACAC’s prime responsibility was to recommend heritage property designations under the Ontario Heritage Act. Some say LACAC’s formation was prompted by concerns over development trends at that time. The movement continued to be fueled by development proposals in the modern era.

“I am aware that there are those for and against (HCD), and the opposition has been loud and clear,” said CE Ward One Councillor Colleen Row. “The process is to have the public meeting so that all of council can hear public opinion.  Until then I have made no decision.”

CE Ward Two Councillor Dennis Crevits said: “We are having an open house on February 10, with a possible decision later in the year.  I don’t think it is prudent to shoot the messenger.  We as elected officials do in fact listen to our electorate.”

Other community leaders at the heart of the issue offered no guidance to the public.

“I see little to be gained, and perhaps more to be lost in debating the proposed HCD in the media prior to the public meeting,” said PSVA President Dan Ross.

Heritage Port Stanley President David McCarthy suggested that the Beacon correct the record. The Beacon earlier reported that McCarthy refused to comment. “I did comment,” said McCarthy. “I have been on the committee framing this issue. I said that I support this endeavor and I said that I was a cheerleader on this matter. Did I comment on every nook, cranny, and detail of the issue? No. Did I, do I, support the overall aim?  Yes.”

A PSVA membership communication penned by Brent Barr, also a member of CE’s Municipal Heritage Committee, is more forthcoming than the president.

“There is a fair bit of mis-information out and I thought a quick email may help,” according to Barr’s membership communication, which is also posted on PSVA’s website. “There was always going to be and will always be a public meeting. The HCD would never be forced through, ever. Despite what a few people have implied.

“To be clear this (HCD) is different from having a building that has a heritage designation, that would have greater restrictions,” added Barr. “The whole goal is not to limit renovations, updates, etc., but to maintain the look and feel of Port Stanley.

“This will not prevent individuals from replacing windows, roofs, or adding a renovation to the back of the building etc.,” added Barr. “Individuals can replace windows with ones that look the same, but are upgraded etc. It would have some limitations if they wanted to tear it down and replace it with a cement and glass structure. With the HCD, all the reasons we have fallen in love with Port are maintained.”

Barr’s communication also said HCD will: promote heritage tourism and community recognition; protect and enhance features of Port’s “unique identity” in the region; prevent non-conforming development; attract small and medium sized businesses looking for a unique market; better regulate demolition applications; increase property values; bring clarity, guidelines and policies to development adjacent to the HCD area; and “protect the entrances to the community so people know when they have arrived in Port.”