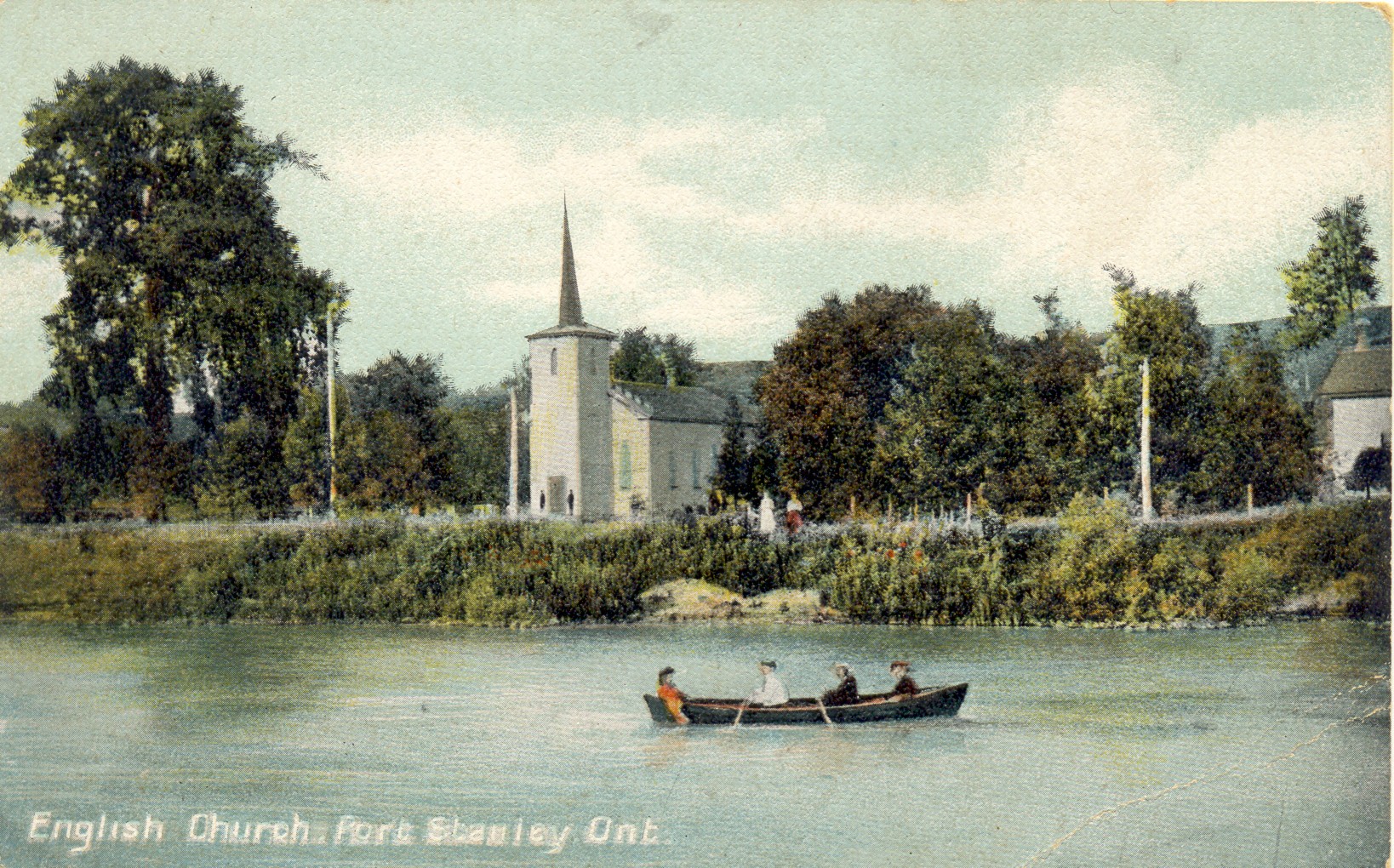 Written history dealing with the early years of Port Stanley is sparse, but postcards have proved an invaluable record of what life used to be like in our then little village. At least during the summer …

Postcards which show our village in the winter seem to be nonexistent, but being Christmas, a photo of Port Stanley’s first church might be appropriate.  This photograph is on page 68 of the Heritage Port Stanley book entitled, Port Stanley’s Pictorial Postcards, Volume One, 1906-1925, by Craig Cole. It would be a reasonable guess that the photo was taken about 100 years ago.

The land on which this church was built was donated by John Bostwick, who is often awarded the title of Port Stanley’s founding father. Bostwick received a large grant of land at the mouth of Kettle Creek in 1804 and is said to have occupied the land in 1817. He donated the land on which Christ Church was built in 1826 and his tombstone can be found in the cemetery which surrounds the church. John Bostwick’s father, Gideon Bostwick had been an Episcopal pastor in Great Barrington, Massachusetts.

A church was built on the land in 1844. Agnes Hepburn, one of Port Stanley’s much loved public school teachers, fancifully describes the opening of the church in her book entitled an Historical Sketch of the Village of Port Stanley as follows.

“June in Port Stanley along the bank of Kettle Creek – When or where could there be a setting more perfect for a celebration – a joyous celebration. Lifting its silver spire heavenward, among the tall elms, its bell pealing from the belfry and echoing over the valley and its wide doors open to admit the eager worshipers and the fragrance of the June blossoms stood the new sanctuary.”

In actual fact, the bell was not purchased until 1855, but the congregation of the church grew rapidly. By 1851 the average congregation at the morning service was 102, and 80 at the evening service, and this was despite an annual pew rental of one pound.

May our little village and its many churches long endure, and a very Merry Christmas to all our readers.