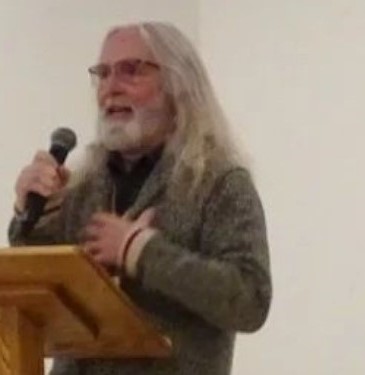 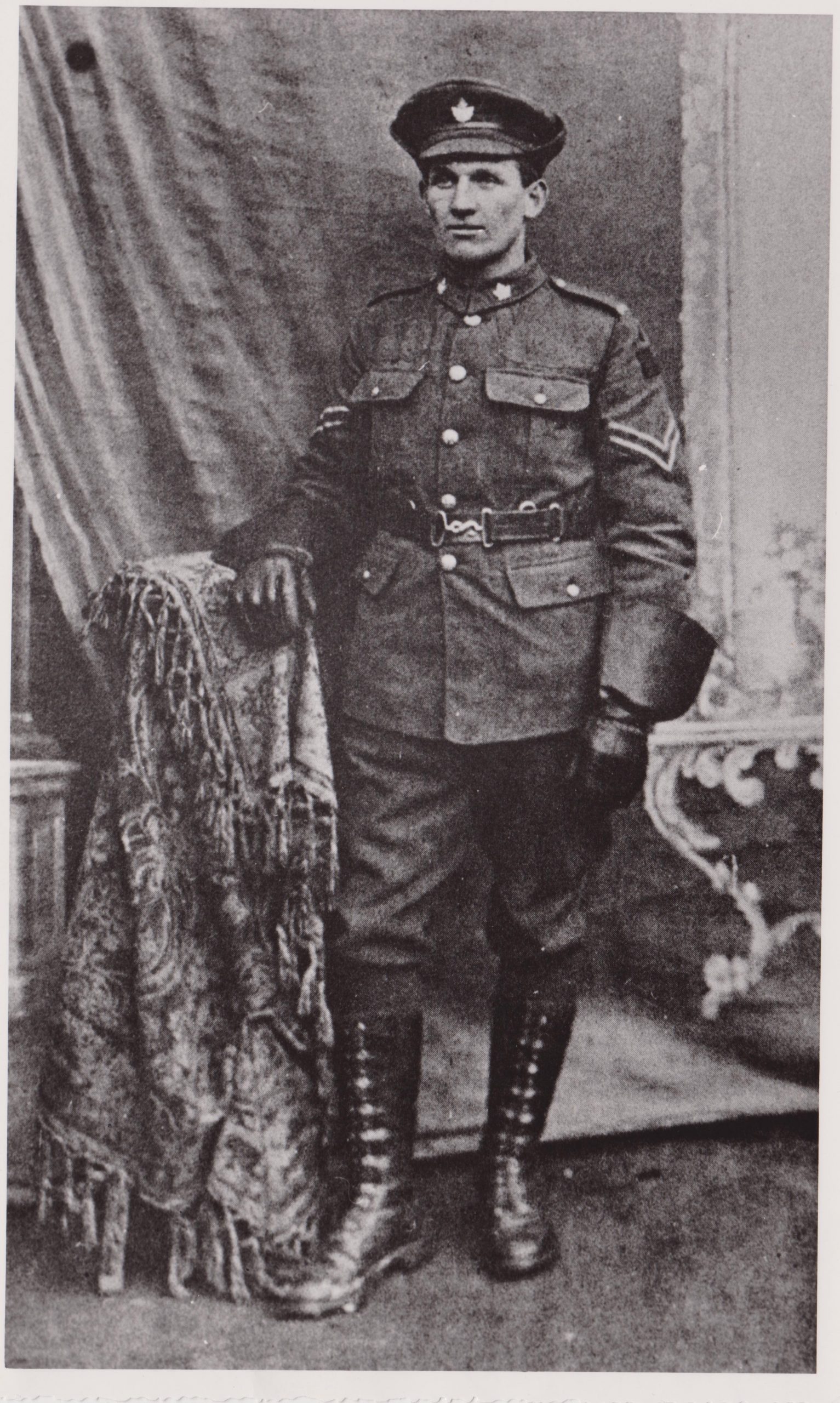 Blair Ferguson never tires of telling the story of Ellis Wellwood Sifton and how the “gentleman farmer” from Wallacetown single-handedly changed the course of the First World War.

“It’s an amazing part of Elgin County history,” Ferguson, 57, said in a recent interview. Ferguson will be the keynote speaker at the 10th Annual Vimy Lecture, at the Elgin County Heritage Centre, 460 Sunset Drive, St. Thomas. His address commemorating the 105th anniversary of the Battle of Vimy Ridge is on Saturday, April 9, 2022, at 2 p.m. It’s the Centre’s first ‘live’ event since the pandemic struck two years ago.

“I primarily talk about Ellis Wellwood Sifton,” said Ferguson, who also shares his passion for the past via History With Blair, on Instagram. “I feel like I know the guy. I’ve done such thorough research on him and every aspect of his life.”

Ferguson’s emotions run deep on the subject. The patriarchs of his family were all First and Second World War veterans and the local history buff grew up not far from the Sifton family farm.

He lived and breathed Canadian military history, collecting war stories from his father Len Ferguson, and hanging out with his grandfather Henry G.W. Ashley, who lived next door.

Ferguson relishes one memory in particular, when as an eight-year-old he watched in wide-eyed amazement as a Vimy Ridge veteran provided a first-hand account of the battle during a gathering of vets at G.W.’s home.

Then about 25 years ago, Michael Baker, Curator of the Elgin County Museum, threw gas on the flames of Ferguson’s fascination, sharing copies of 78 letters between Sifton and his two older sisters, Ella and Lilla.

“I read those letters over and over again,” said Ferguson, also the author of Southwold Remembers: The Fingal Observer, No. 4 Bombing and Gunnery School. “The story I’ve put together comes from multiple sources. It’s been with me my whole life; he’s shadowed my entire life.”

Ferguson spreads the word about Ellis’ heroism, at least four times a year, with presentations at West Elgin Secondary School, on Graham Road, in West Lorne, and St. Joseph’s Catholic High School, on Bill Martyn Parkway, in St Thomas. The sisters have established an Ellis Sifton Award, adorned with a replica of Sifton’s Victoria Cross medal, awarded annually to the Grade 10 student with the highest marks in history class.

“Ellis Sifton was a very humble, quiet, gentleman farmer,” said Ferguson. He lived with his father and two sisters on a 100-acre farm. His mother died when he was a child. His family was extremely religious and attended St. Peters Tyrconnell.

The Siftons were related to the Pearce family and were among the first settlers welcomed to the region by Colonel Thomas Talbot, the Irish-born Canadian soldier and colonial administrator who ultimately attracted some 50,000 settlers to the Thames River region.

“Wallacetown was a thriving community at that time and Ellis was an average guy. Then the First World War broke out,” added Ferguson. “Ellis read an account in the newspaper about how the Germans were treating Belgian farmers and said, ‘I need to do something’.”

He joined the 25th Battalion, Canadian Expeditionary Force (CEF), but ultimately served with the 18th Battalion. The 18th Battalion recruited and was mobilized in London, Ontario. It was a CEF infantry battalion that embarked for Great Britain on April 18, 1915 and disembarked in France on September 15, 1915.

“The cool thing is that he wrote 78 letters home to his sisters,” said Ferguson. “They have them all at the museum. You can read what was going on, every step of the way.” 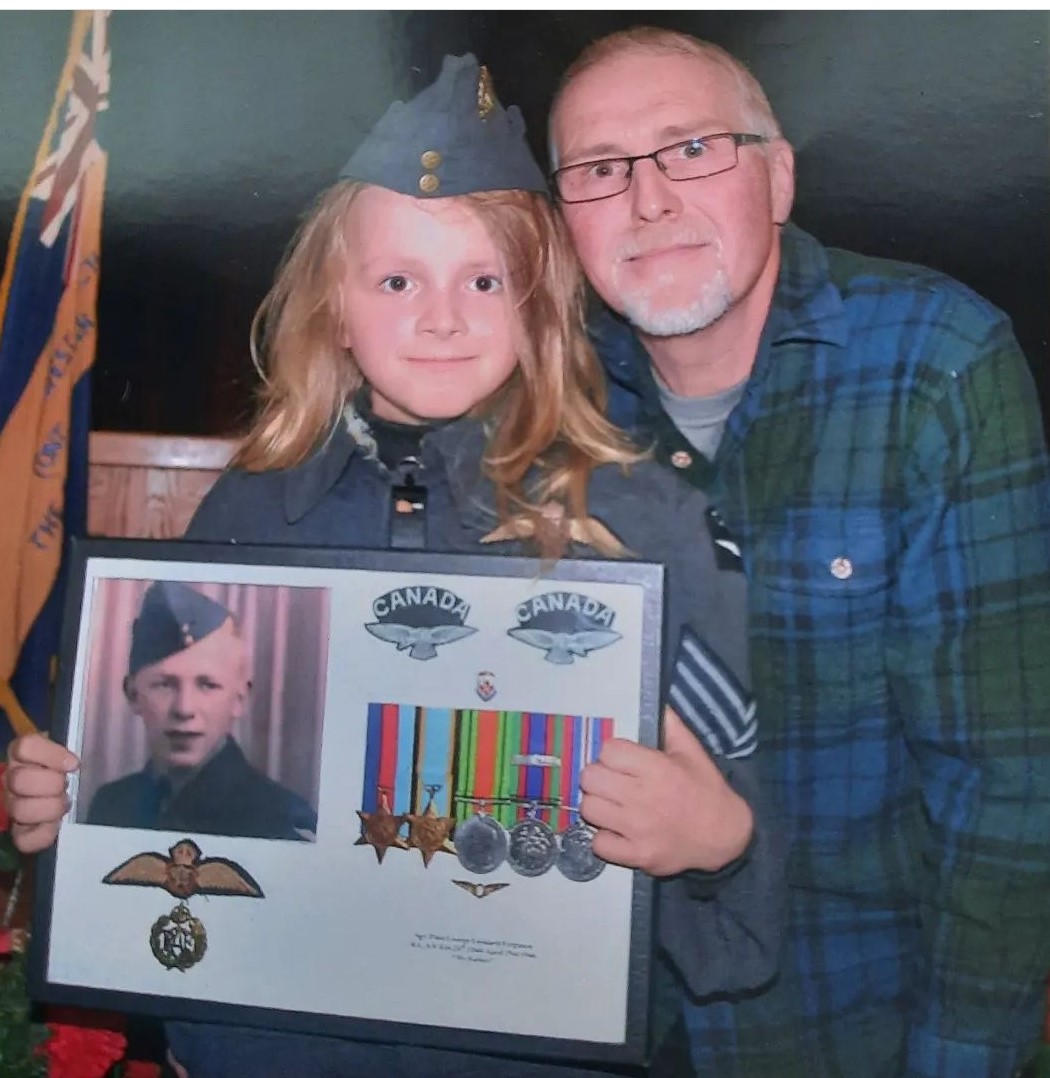 In the early letters, while Ellis was training in London, he is still a farm boy at heart, inquiring about chores and community activities. By the time he reaches France, Ellis begins writing more about the conditions of war.

“He asked his sisters to get his cousin to get him some high, lace-up boots and leather gauntlets,” said Ferguson. “The gals had them made and sent them off to him. As time progresses, his letters change as a result of what he’s experiencing.”

In one memorable correspondence, Ellis’ sisters write about a Wallacetown man who was among the first in the area to own a car. “Norman is driving around, taking all the girls for rides,” they say. Ellis’ response was one of the early indications of how he was changed. “How dare he reap the rewards of men at war,” Ferguson paraphrases. “That’s not what Ellis was like before he went off to war,” added Ferguson. “How can it not change who you are?”

Ellis eventually moves to the front line. “The more front-line exposure he gets, the more he changes,” notes Fergusion. “He started to write things like ‘I don’t think Wallacetown could be home for me again.’ I think he felt that nobody would understand him … living in a hole in the ground in Belgian or France.”

More than 650,000 Canadians and Newfoundlanders served in what’s now known as The Great War. About 66,000 Canadans died and 172,000 were wounded in the First World War.

Vimy Ridge is an eight km chalk escarpment on the western edge of the Douai Plain in northern France, southwest of the Belgian border. It was claimed by the Germans in 1914. About 150,000 French and British soldiers died trying to retake it, as the Germans had fortified their positions with deep bunkers, concrete machine gun bunkers known as “pillboxes,” and layer after layer of barbed wire.

As troops started to gather for the Battle of Vimy Ridge, Ellis bumped into his cousin Len Sifton, who had also enlisted, and who survived the war to start a funeral home in St. Thomas. No one knows why, but Ellis gave his “prized” gauntlets, to Len. In that same period, Ellis also encountered Sydney Killor, his Wallacetown neighbour and cheese factory owner. He gave Killor his leather jerkin. “You’re younger and you need it,” said Ferguson, relating what’s he’s learned about the chance encounters. “Your mum would never forgive me if I didn’t take care of you.”

The Canadians’ attack in the Battle of Vimy Ridge – after months of planning and preparation – began at 5:30 a.m. on April 9, 1917, with the first wave of around 15,000 Canadians advancing under the ‘creeping barrage’ of almost 1,000 heavy guns. They faced about 8,000 entrenched German defenders, as well as another 2,500 in reserve, and many more to the rear.

Many of the Canadians’ objectives were achieved as planned, and by afternoon most of Vimy Ridge was captured, except ‘The Pimple,’ a high point on the ridge.

Ellis’ platoon had taken shelter from the machine gun fire in a crater, said Ferguson, when without any advanced notice, “Ellis Sifton jumps up out of the crater and starts running up the hill. He was armed with the seven shells in his Lee-Enfield MK3.

“He’s running straight at the German pill-box,” added Ferguson. “I don’t know if he was hit by gunfire or not. He’s running on adrenaline and sheer will. Then he dives right through that slit in the front of the pillbox.

“All of a sudden, he’s inside that pill-box with seven Germans,” Ferguson continued. “Can you imagine that? What the Germans must have thought. There’s this crazy Canadian in there with them and he starts working his gun and kills them all. Then he sticks his arm out of the slit and waves the other Canadians up. Everybody is ecstatic. With the machine gun down, the line reforms and continues to advance.”

Meanwhile, Ellis hears Germans coming after him through the trenches. He’s out of ammunition, so he uses his gun as a baseball bat and starts knocking out the enemy as they emerge through the trench entrance to the pill box.

The rest of the Canadians swarmed the pillbox and in the midst of their celebrations, one fallen German officer raised his Luger, fired the German automatic pistol at Ellis, striking his head and killing him. Regrettably, Ellis failed to witness the Canadians fulfilling their objectives on April 12, 1917.

Ellis was posthumously awarded a Victoria Cross, one of four medals presented to Canadians that day. His VC will be on display during Ferguson’s lecture.

“The word Canadians had never been used in any newspaper war reports before that day,” said Ferguson. “They had always been called colonial troops. For the first time, the headlines said ‘Canadians take Vimy Ridge’.”

While the Canadians had captured some 4,000 prisoners in the Battle of Vimy Ridge, 3,598 Canadian soldiers died and 7,000 were wounded in the four-day battle. April 9, 1917 is still regarded as the bloodiest day in Canadian military history.

“Ellis’ death had a devastating effect on his family,” said Ferguson. “Everywhere they looked, it reminded them of Ellis.” Ellis’ father became a recluse, left the farm and moved to Dutton. “Everybody says he died from a broken heart.” Ellis’ sisters never married. They visited the war zone and had tea with the Queen. “They spent the rest of their lives trying to keep the memory alive.”