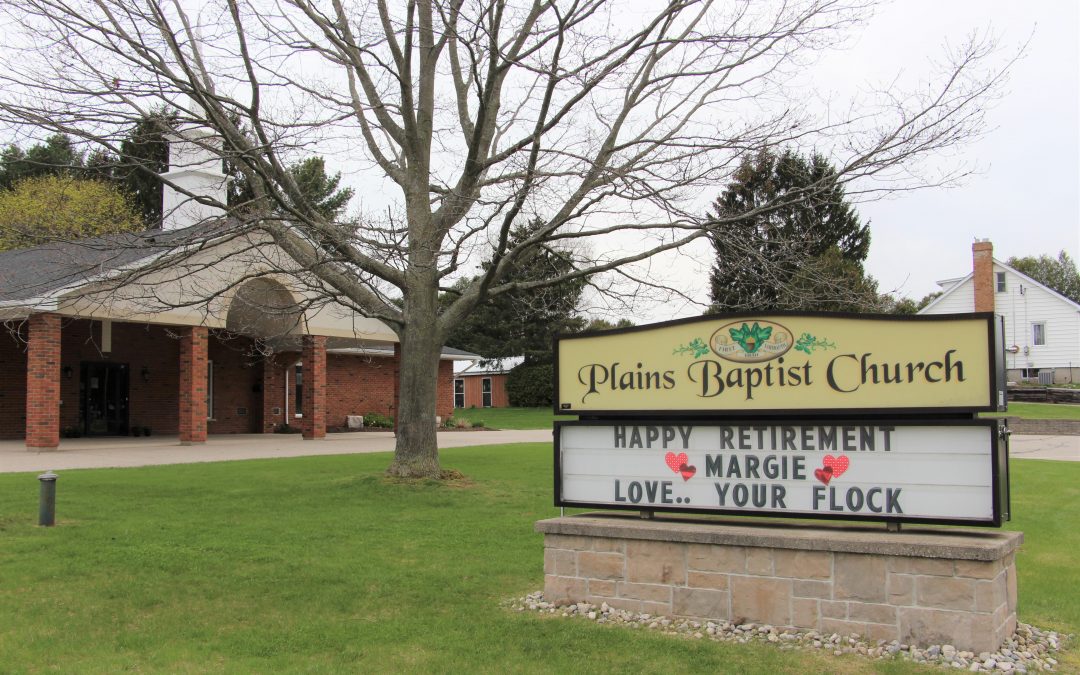 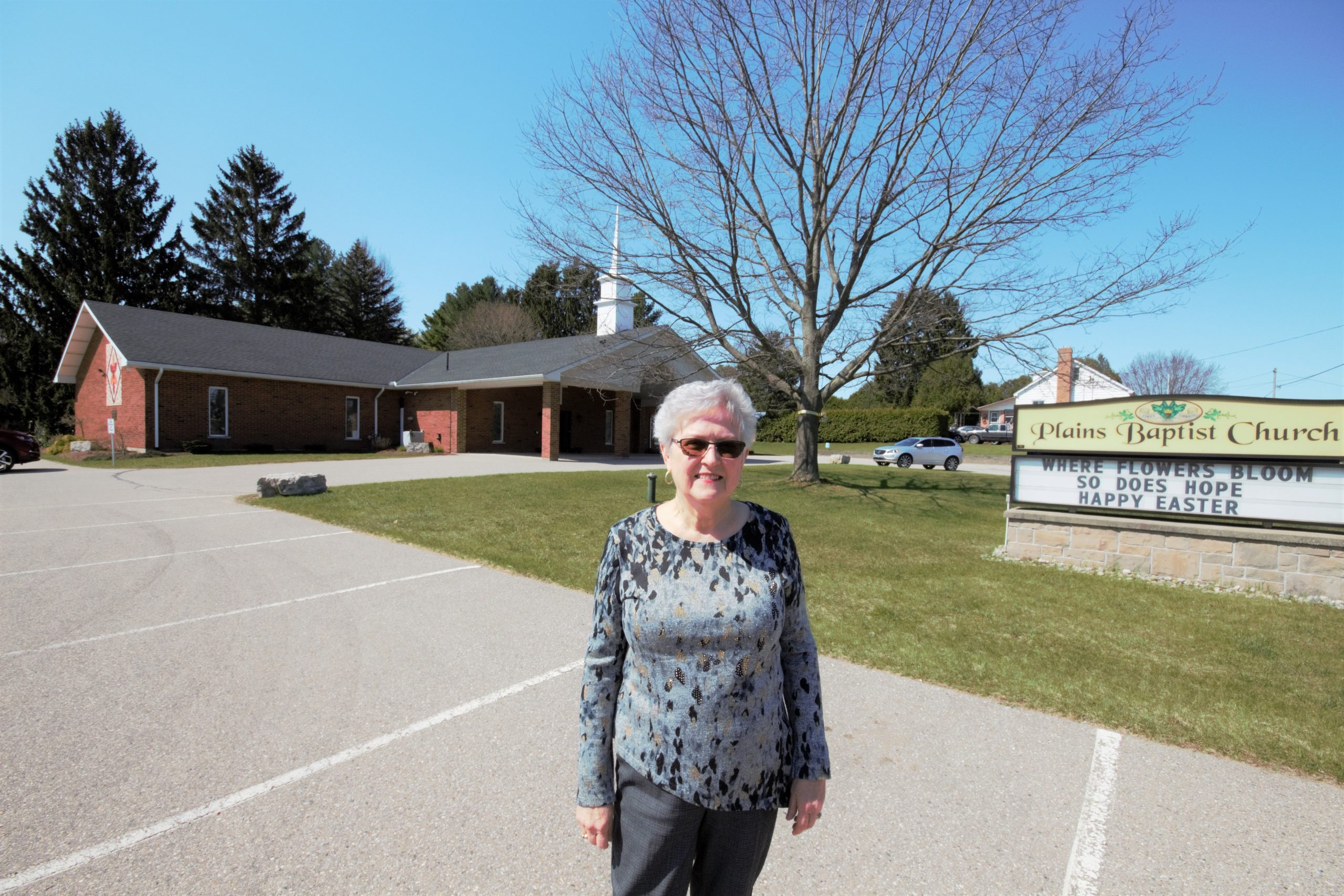 The destructive tornado that ripped through Elgin County on August 28, 1990 wasn’t the only dissonance in the air that day.

“Baptists are dissidents in history,” Margie said in a recent interview, reflecting on her 33 years at ‘The Plains’. She stepped down on Mothers’ Day, May 8, 2022, a symbol of Bell’s enduring love for her mother.

“There’s been this tradition with Baptists … people were even thrown in jail, standing up for justice,” she added. Dissident, dissenter, Free Churchman: these terms throughout history generally refer to Protestants who disputed Anglicanism. The nonconformists include Baptists, Congregationalists, Presbyterians, Methodists, and Unitarians.

Challenging conventions is still the norm at The Plains. Bell was recruited even though Baptists around the world remain divided over the ordination of women. She was quickly and “widely accepted” here, although a couple people left the congregation. “Back then, we were pretty rare birds and we still are,” said Bell. “The churches were just not there for women.”

In its progressive history, The Plains congregation has also welcomed Reverend Seymour Boyce, a black man from Jamaica in 1959. “A few people left then, but those who stayed were forever changed,” Bell recalled. “He was a gentle, sweet man, the gold standard for the rest of us.”

In 1979, the congregation offered a spiritual home to Malcolm Rust, a divorced minister. “He was going to come for a few weeks but stayed six years and married a woman in the congregation.

The Plains is a small rural church whose congregation comes from St. Thomas and the rural area south to the shores of Lake Erie. It was founded in 1830 by pioneer missionary Reverend Alexander McDonald, who went on to establish the first Western Canada Baptist church in Manitoba.

It was a “branch” of the Iona Station Baptist Church, which closed December 31, 2021. “That was our Mother Church,” she said. The original name was First Regular Baptist Church, but “they called it The Plains because who wants to say all that, all the time.” The name is derived from the church’s location in what was once known as “the oak plains of Yarmouth Township.

“Sadly, the oak trees are gone,” she added, but a commemorative oak was planted in the front yard in 1991, a gift from the congregation to children in the community.

The Plains was Mother Church for the Sparta Baptist Church in the 1800s. (The Sparta church was closed in 2014.) The congregation built a new church in 1981 and in 2004 Charlie and Betty Rewbotham delivered its distinctive steeple.

At age 30 years, Bell entered McMaster Divinity College and three years later, in 1989, she graduated with a Master of Divinity. She had collected an Honors BA History in 1979, at McMaster, which was originally a Baptist seminary.

In Bell’s third year of seminary, she was “doing church work in Niagara Falls. They hadn’t had a female seminary student come to be part of their church … ever.” On one occasion, she was called upon to read a scripture. Afterwards, Bell encountered two men talking outside the sanctuary. They stopped her and invited Bell to join them on the golf course … to carry their golf bags. “They knew I was training for ministry.”

When Bell was inducted in 1990, about 15 people from Niagara travelled to share the day with her. “They took to me like ducks to water,” she recalled. “Those two guys didn’t come.” 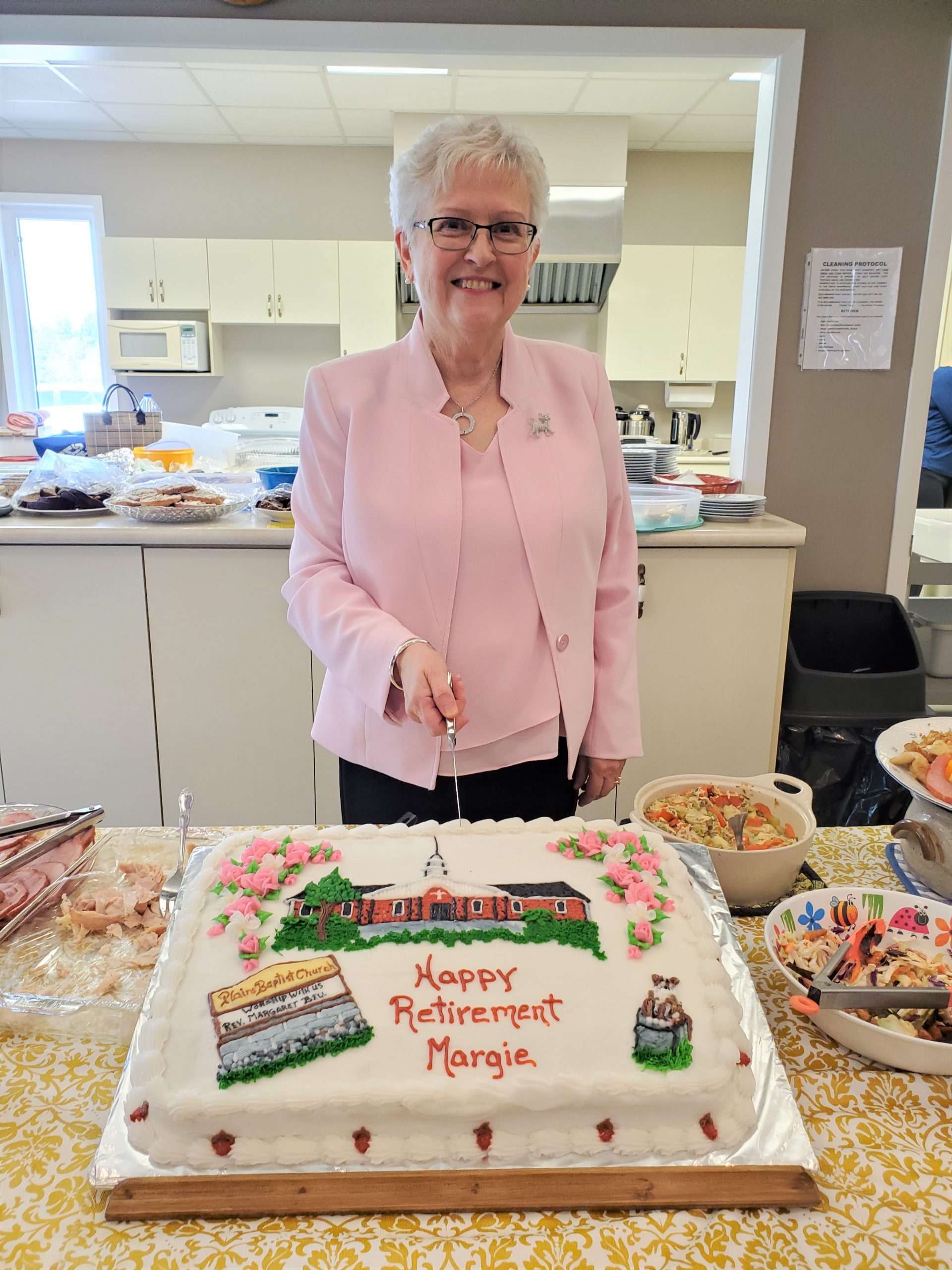 After divinity college, she returned to Ancaster, where Bell had grown up, and took a job in a dry-cleaning store in Brantford. “The owner offered me a job until I got something better. I stayed six and a half years.”

Bell lived at home with her parents, Max and Helen Bell, devout Baptists and dairy farmers who grew up within a half mile of each other. “My parents were actively involved in the church.” Her brother Roy is nine years older than her. “We were both raised at a small Baptist church at a crossroads in a rural area,” Jerseyville, Ontario, now part of Hamilton.

“That’s the reason why I was called to this profession,” she said. “It’s what I knew. That’s the context that I grew up in. Everybody knew each other, they were farmers or had a farming background. It made you feel as though church is a welcoming place.

“I grew up believing in God.” She was dedicated, or blessed, as a baby on Father’s Day in 1957, and baptized at age 14 years “even though I was terrified of water.” In high school, “I felt the draw to become a minister,” but struggled to find any role models.

“It was just something I felt that I had a gift for,” she continued. “It was a process of elimination.” After she earned the BA, Bell applied to become a teacher, and was accepted, “but I wanted to stay home. I wasn’t ready for that kind of move. I stayed home and was active in the church.”

Asked if she considered herself a feminist, Bell told the story of a woman who came to preach at her church in the ‘70s. It was Reverend Doctor Muriel Spurgeon Carder. She recalls Carder being about five feet tall, and elderly at that time.  Reverend Carder – born in England in 1922 – is the first woman ordained as a Baptist minister in Ontario and Quebec. She was also a missionary in India.

“She came to preach, and she actually preached,” said Bell. “I remember thinking, ‘gee, a woman can do this’. I remember that as being a little aha moment.”

At church, Bell was president of the youth group, and every year “I would be the preacher.”  She also served as Sunday school teacher, deacon, chair. For Bell’s family, “church was it. They were a full-time family. They didn’t have much time for social.” Her mom even played piano for the congregation.

“These types of churches are the hub of the rural community,” said Bell. “They were like an extended family. They operated that way, not as a business.” 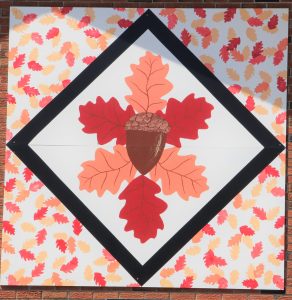 Similarly, The Plains “originated with neighbours and people who grew up together. There’s still that sense of community which is its strength. Coming from that type of church, I fit right in.”

She had two telephone interviews before being invited to preach on a Sunday in November. “They wanted to see how the people felt about a woman in the pulpit.” That led to a second opportunity before she was hired. She recalls one question from the interview process. She was asked about a female’s ministerial dress. Mischief likely sparked in Bell’s eyes as she said “well, I will be fully dressed … it broke them up.

“Since I’ve been here, I think we’d call ourselves progressive, as opposed to evangelical,” added Bell. “I’m not a hellfire and brimstone girl. I believe in a God of love. There’s enough hell on earth that people have to live through.

“I’ve always felt it was a two-way street. I am someone who wants to come along side and lead from the side and not from the front. Sometimes the congregation taught me and other times I taught them.”

She worked to build consensus. “My opinion is one of many. I’m not first and last. God is. My hope was to meet people where they were and be with them as they grew. Prayer is not meant to change God’s mind, it’s meant to change yours.”

Now that she has stepped down, Bell will continue as a member of The Plains congregation, commuting from her home in St. Thomas. The interim minister is Reverend Phil Butler.

Bell is however concerned about the future of small rural churches like The Plains. “These days, there’s more churches than people to go to them,” she said. “Small churches, we’re the hub of the community, but things change. Small churches can’t sustain programs like the larger churches.”

In the past, churches relied on volunteerism. Today, a wide selection of social activities competes with the church’s community building, while government regulations and police checkups also frustrate engagement. “In this age, people expect to be served, not to serve,” she added.

Winding up her career in the midst of a pandemic is certainly not ideal, however, Bell is pleased the congregation faced the challenge with strength and courage. “When COVID-19 came down, my top priority as a pastor was that the most important ministry we could do was keep people safe. So, we closed the church. We followed medical directives to keep people safe. The congregation was in agreement with that.” 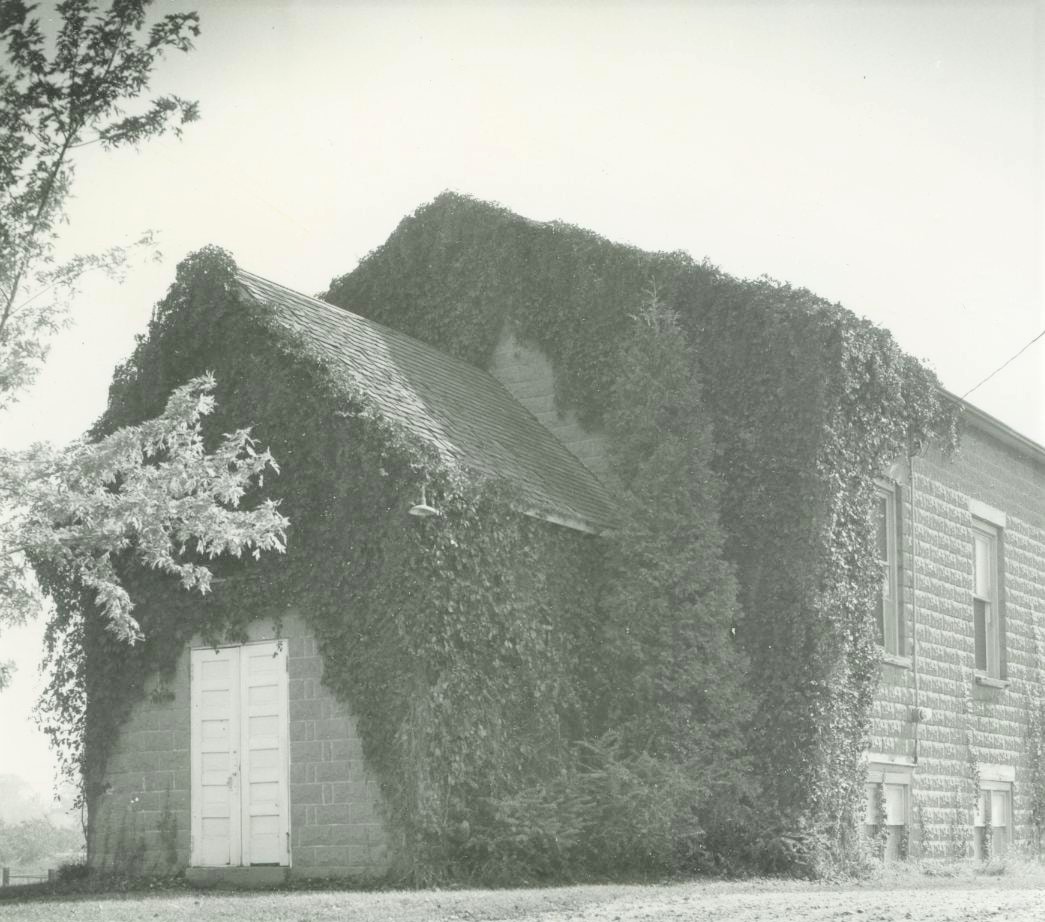