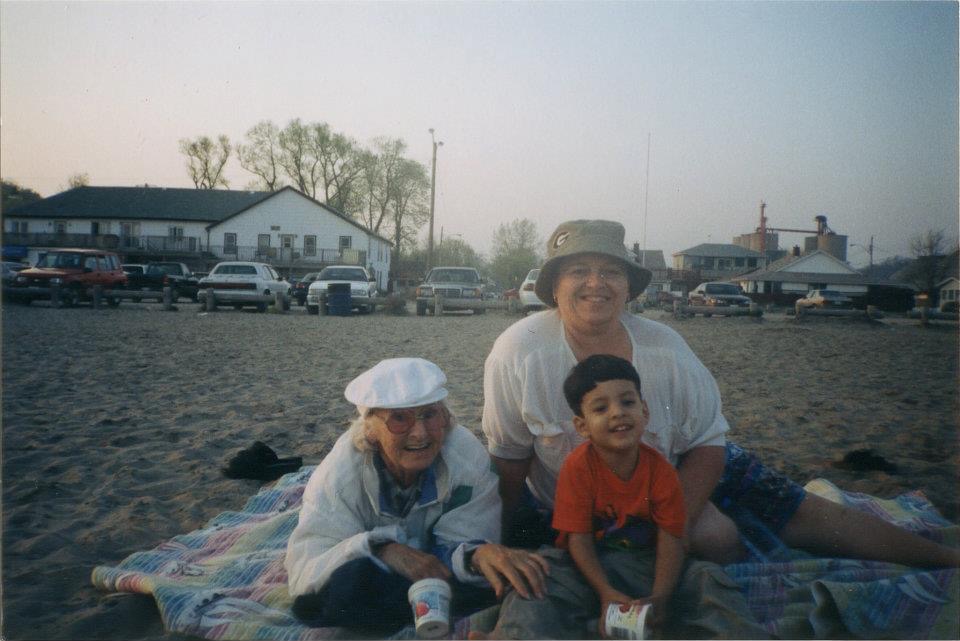 Willow Beach property owners’ plans to retire and join in the “rebirth” of the Bessie and Maud streets neighborhood may be frustrated by Central Elgin’s proposal to designate a heritage conservation district (HCD) in Port Stanley.

“Willow Beach is alive and thriving,” said Julie McLellan. Julie and her husband Rob McLellan helped her mother Dorothy Hewitt buy a cottage at 143 Bessie Street in 1973. Willow Beach is the neighborhood’s ‘old name.’ The quaint collection of cottages – spreading north and west of the McAsphalt Industries site – is a stone’s throw away from what’s now called Main Beach. 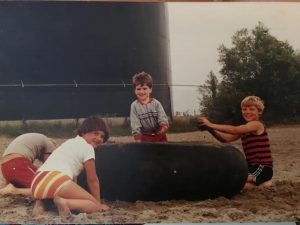 n more recent years, there has been a rebirth,” added Julie. “New owners – whether inherited or purchased – are lovingly restoring, or demolishing and rebuilding new,” within the constraints of existing municipal bylaws, policies, and guidelines.

“It has clearly enhanced the area for all and there is a pride in ourselves and our cottage neighbors that is palpable,” added McLellan. Six generations of her London family have “loved” the summer home, nine doors from Lake Erie’s shoreline. The cottage bears her mother’s nickname, Miss Dottie. “We want to retire to Port Stanley soon. The problem is our place needs a lot of work.”

If approved, the McLellans and many of their neighbors fear HCD will: “add an extra layer of scrutiny to desired changes; add time to every project while a committee considers it; add cost to any project to find custom rather than stock materials to satisfy the HCD policies; take the final choices away from the property owner, to be made by a group with no personal stake in the property; and a committee’s decisions are a subjective thing, therefore changing over time as members come and go.” 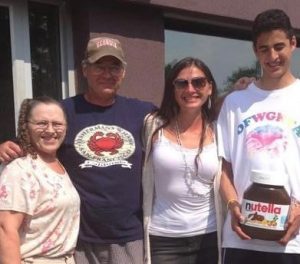 Building and renovations in the neighborhood – including Smith, Erie, Bessie and Maud streets, developed in the late 19th and early 20th century – will be discussed using the online Zoom application at a Central Elgin (CE)  ‘public meeting’ on Wednesday, February 10, 2021, at 7 p.m.

The entire HCD proposal includes about 180 properties in the Port Stanley core. It’s the third time in about 10 years that CE has proposed an HCD for Port. Property owners soundly rejected previous propositions.

A petition opposing the HCD designation – circulated by Julie’s daughter Teresa McLellan – has accumulated about 350 names.

“All lots on Bessie and Maud are generally 40 feet wide by 50 feet deep,” Julie explains. “These small lot sizes give owners very limited options if they want to add livable space.

“These lots are in a low-lying area, subject to a lot of sand and wind damage. The years have not been kind,” she added. “There are no unique features or workmanship worthy of a heritage designation to be preserved.  Most of the original cottages were not well-built, four-season homes, but instead built cheaply as seasonal cottages.” 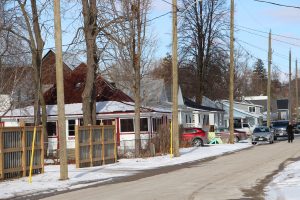 Don and Helen Van Patter own a 400 square foot cottage at 312 Erie Street. It has been in her family since her great-grandparents bought it in 1954. Four generations of her family have owned property in Port Stanley over 80 years.  Her grandparents owned the Windjammer Inn in the early 1940s and her father was raised there.

“Like most of the cottages in the area, it was built inexpensively, with limited resources and recycled lumber, without the thought that the building might stand for 100 years,” she said. “The walls are made of three-quarters-inch tongue-and-groove boards, with little-to-no additional support. It sits on a wooden frame which in turn, sits on cement blocks that are simply sitting on the sand.” There’s not a straight wall or a square corner in the cottage and the floorboards are sunken, she added.

“My husband and I are approaching retirement and have discussed the possibility of moving to Port Stanley in the future and making a home at 312 Erie Street,” she said. “We have not decided yet.  Should the heritage district designation be implemented, I doubt we will do it.

“Extra red tape is going to discourage many owners from bothering to update and improve their buildings,” added Van Patter. “For the property to become a full-time residence, it would require some fairly extensive renovations.

“A proposal that has already been voted down by Central Elgin Council should not be resubmitted over and over in a ‘try-try-again’ strategy, until you get the result you want,” added Van Patter, angered because HCD has already been rejected by the community. “My husband and I are feeling harassed. The people spoke the last time and now we are being subjected to the pressure of dealing with this again.”