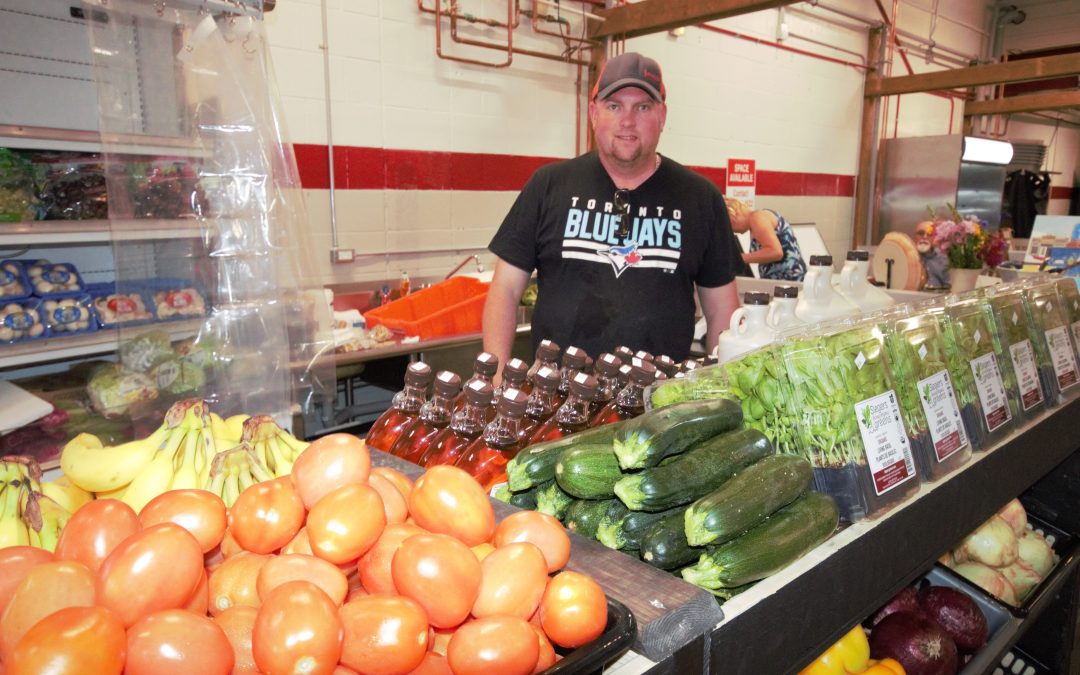 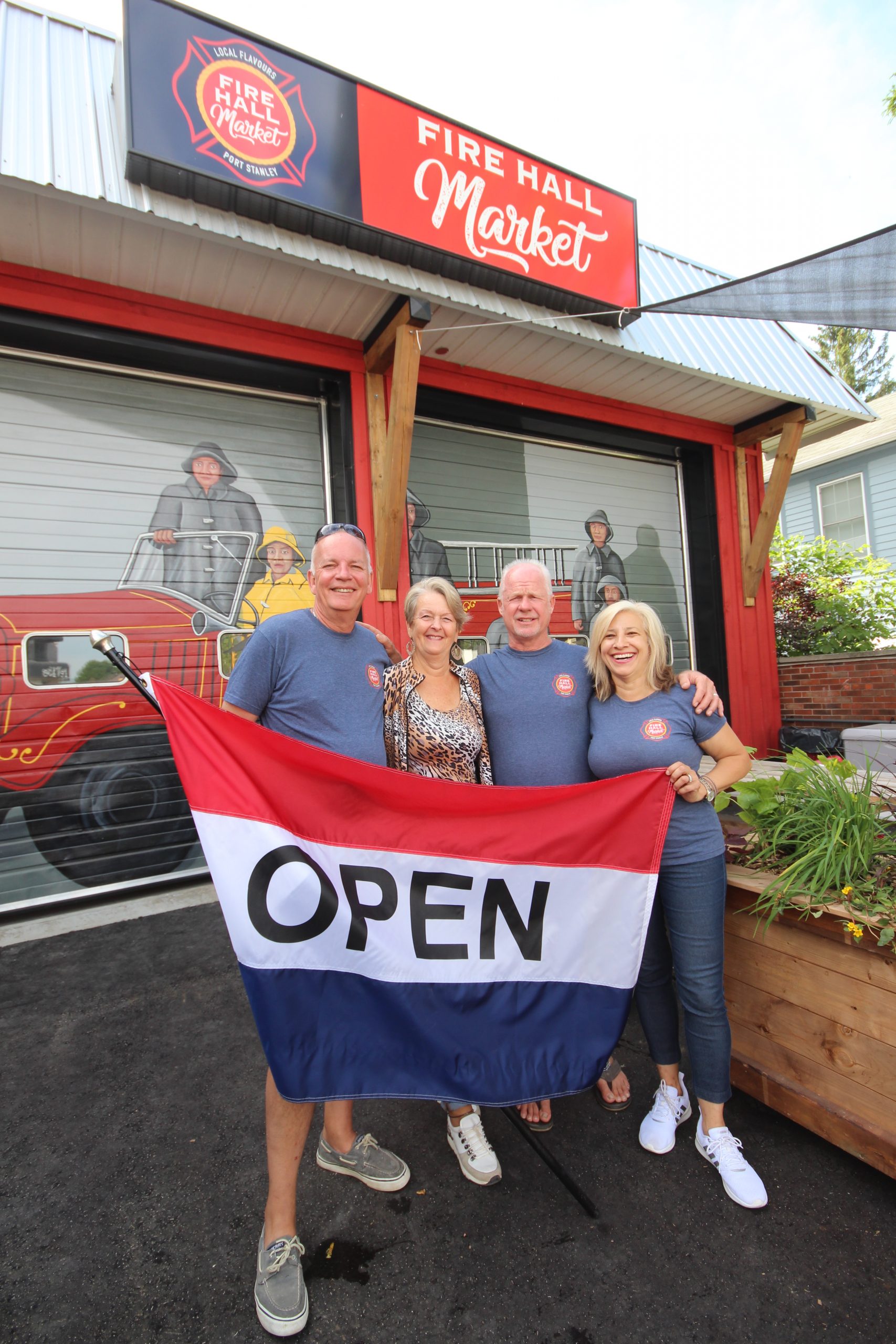 Co-owners of the new Fire Hall Market celebrate the grand opening today. Above from left to right, Gerry Hensels, and his wife Lorraine McElroy, alongside Dale Homewood, and his wife Angela Homewood. Top photo, Steve Fisher manning the Gifford’s Wholesale Produce booth at the market. Below, Cathy Stephen admires the fire hydrant tables.

Months of suspense and anticipation dissolved into gratification today as redevelopment of Central Elgin’s old fire hall in Port Stanley was completed and the new Fire Hall Market opened for business.

A steady stream of curious locals, visitors and tourists flowed through the front doors of the market at 218 Joseph Street all day.

Everybody wanted to see whether the idle parking bays for two fire trucks could be transformed into an artisan market. And curiosity was piqued over what new vendors were added to the local economy. 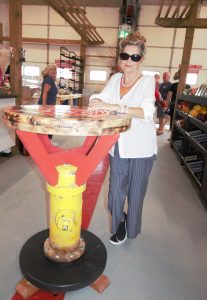 “It was great,” said Angela Homewood, project manager for the redevelopment. Angela and her husband Dale Homewood, as well as Gerry Hensels, and his wife Lorraine McElroy, are co-owners of the market. “The villagers and tourists came in droves, and between 12 noon and 3 p.m. – whenever the lights at the intersection changed – young and old (people) in groups of 20 were crossing to come check things out.”

“The butcher exceeded their goal in sales,” added Angela Homewood, “Station Beach had more in sales than their Kincardine location, where there was the Scottish Festival today, and Yogi Baker sold out every time they opened the oven door.”

The grand opening follows several months of startup challenges, including the upgrade or repair of the main natural gas and electricity connections, as well as water and storm water connections.

“Without sacrifice, there is no reward, and we have certainly sacrificed,” said Hensels, the project’s general contractor. “To say we met budget would be a lie. 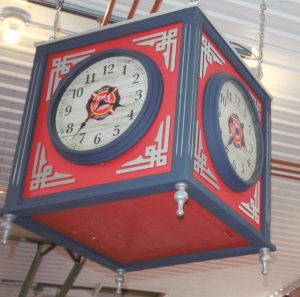 “We all brought good things to the table for this project, but what kept us going and persevering was that we wanted to bring the visions of our vendors to life,” he added. Hensels has 40 years of construction experience, having built the Portside Gallery, in Port Stanley, as well as East Side Mario’s and Kelseys restaurants across North America. Dale Homewood is a semi-retired Central Elgin Collegiate Institute mathematics teacher. McElroy, is a semi-retired entrepreneur who owned and operated Apropos and Apropos for Men for 24 years. Angela Homewood is a community planner and entrepreneur.

“To be honest, the village kept us going,” Hensels continued. “Hundreds of people stopping by to say ‘hello’, and offering encouragement, that is the drive that keeps you going.”

His wife added: “We want it right, so you might as well do it all at once.

“We took each other on as partners and it was awesome what great ideas came from our four heads working together,” said McElroy. “We couldn’t have got better partners.” 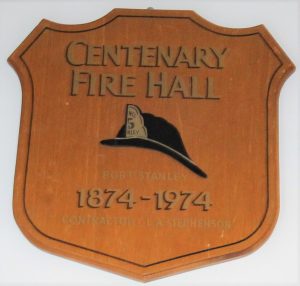 Hensel takes great pride in the details incorporated into the market, including notable structural features such as the trellis, posts and beams, and the corbels. The original firehall lantern was restored. Furnishings include tables built from fire hydrants, and a hand-crafted Fire Market clock, plus custom vendor carts, all built by Hensels.

“It was a big day, but we got to the finish line,” said Angela Homewood. “This building was changed from basically being a garage into the home for 10 businesses. A lot had to be done. That’s the patience part you need … all of the agencies you have to deal with.”

Central Elgin had engaged a realtor to sell the old firehall on October 20, 2021. The building was tendered on an ‘as-is’ basis and offers were received by December 7, 2021. An offer to purchase submitted by the four Port Stanley neighbours was accepted by the municipality on December 9, 2021. They took possession on January 31, 2022. The asking price was $699,900.

According to the original listing, the iconic property next door to the Kettle Creek Inn offers more than 4,500 square feet of space. The concrete-block building is on a 36’x128’ lot. It was built in 1973 and originally used as a gas station, operated by McManus Petroleums, and later Supertest. Eventually, it was converted for use as a municipal services garage, then a fire hall.

The four owners also envision converting the former firefighter training centre into a luxury apartment unit on the second storey, at the back of the building. It’s still a few months from completion. 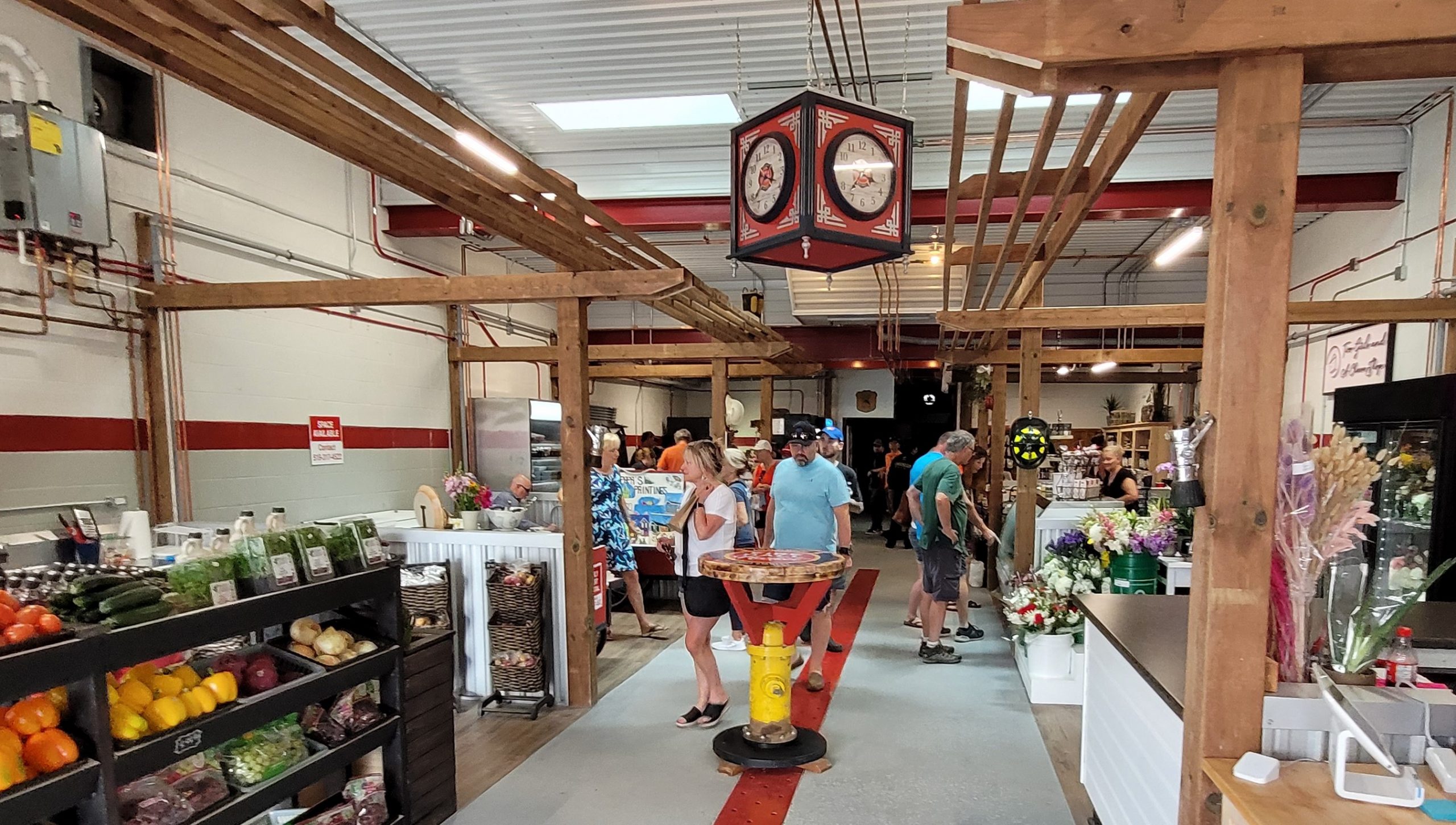 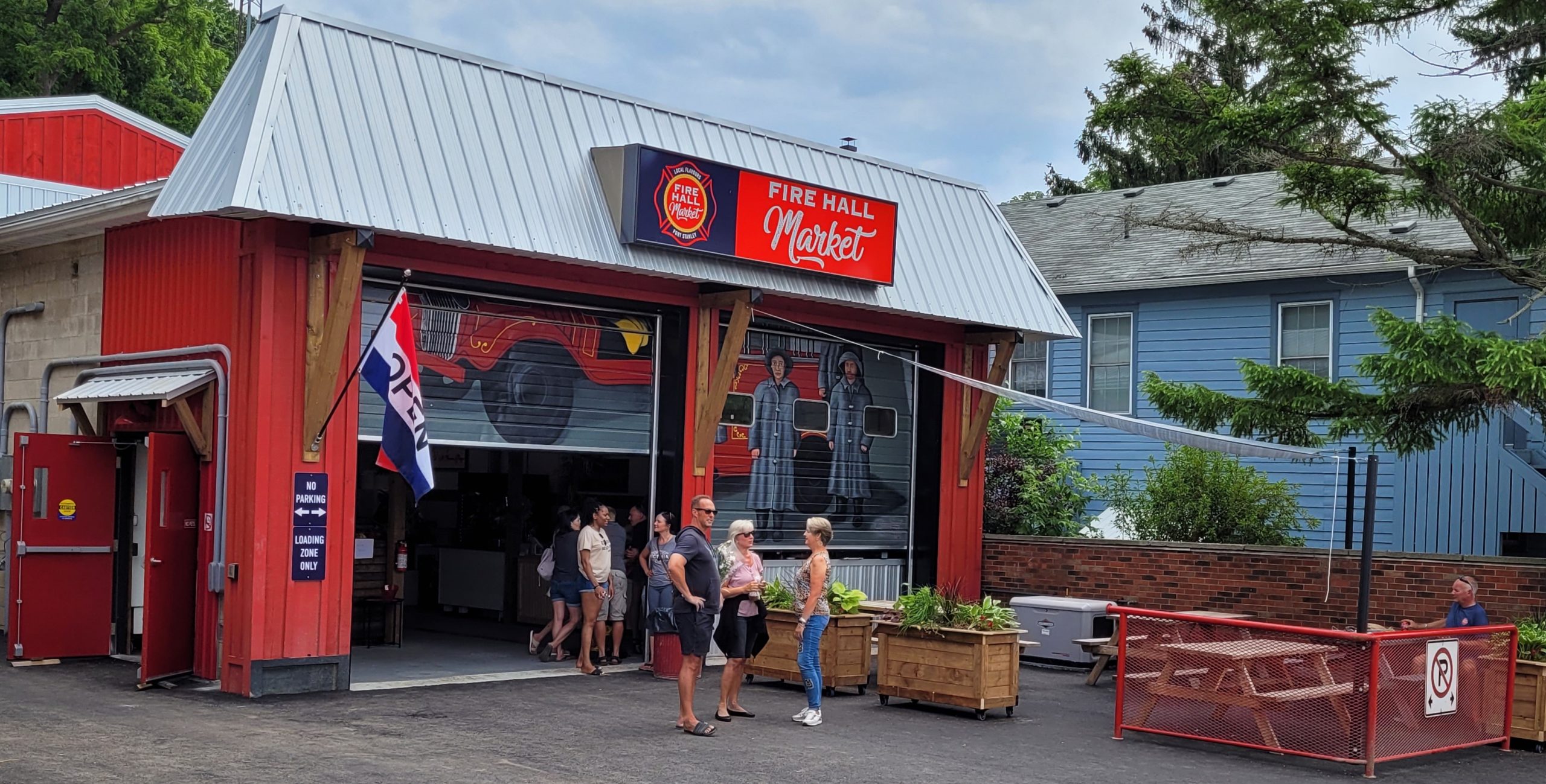