By Craig Cole
(October 2019) – I made up the word grandfounder. Many people in Port Stanley recognize the name of Port Stanley’s founding father, John Bostwick, but few people know about John Bostwick’s father Gideon Bostwick. 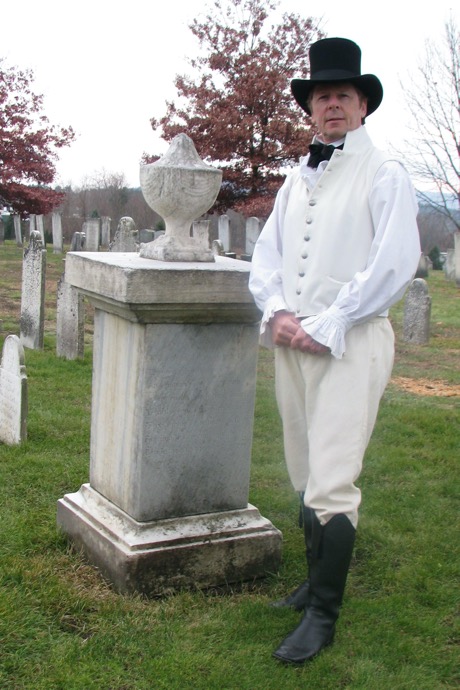 John and Gideon Bostwick were both born in Great Barrington, Massachusetts. The story about how John Bostwick came to acquire his large land grant at the mouth of Kettle Creek, and what this had to do with his father, Gideon Bostwick, makes for an interesting tale. In June of this year my wife and I visited Great Barrington, Massachusetts, the birthplace of John Bostwick and his father the Reverend Gideon Bostwick. We learned part of the story there and got other details from a visit to the historical museum in Ingersoll, Ontario.

In 1788, five years after the end of the American Revolution reverend Gideon Bostwick petitioned the British Crown for a grant of land on the Ottawa River. Did he do this because of feelings of loyalty to Great Britain, or did he wish to pursue his missionary work farther afield? We will never know. This petition was turned down. However, Bostwick persisted in his desire to move north of the American border and in 1793, along with another Great Barrington native by the name of Thomas Ingersoll he received a large land grant in Oxford Township. Gideon Bostwick died in Great Barrington before he could make this move to Upper Canada. His co-applicant, Thomas Ingersoll, did move to Oxford Township, and was the father of Laura Secord who gained fame in the war of 1812.

Port Stanley’s John Bostwick, Gideon’s son, was 13 years old when his father died in 1793, leaving John an orphan, since his mother had died s ix years earlier. Gideon had graduated from Yale University and was ordained as a priest in the Church of England, doing his religious training at a church in London, England. He returned to Great Barrington where he served as a rector at an Episcopal church in Great Barrington and did missionary work in the area. The church where he preached was originally known as Christ Church. 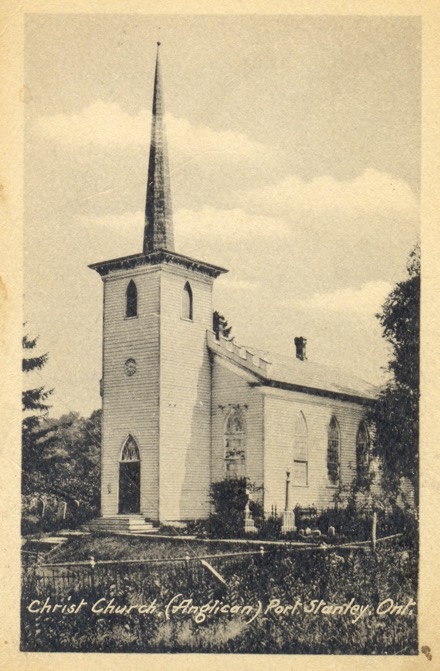 Is it significant that Port Stanley’s Anglican Church, built on land donated by Gideon’s son John, was named Christ Church? Great Barrington is a small attractive town in the Berkshires region of Massachusetts, a region known as a summer playground for inhabitants of Boston and New York. A few years ago, Great Barrington was ranked No. 1 in a list of the 20 best small towns in North America. The church founded by Gideon Bostwick still stands, although it has been renovated many times and has been renamed St. James Episcopal Church in honour of Gideon Bostwick who had done his religious training at St. James Chapel in England.

It may be a bit of a stretch to say that the town of Great Barrington has a resemblance to Port Stanley, but we do share certain problems with Great Barrington, such as a lack of parking to handle the huge influx of summer visitors.

Returning to the story of our John Bostwick he decided in 1797, at the age of 17 years to move to the Long Point area. He petitioned the British Government for land of his own but was advised to wait until he had gained the age of majority. He did not follow in his father’s religious footsteps but became apprenticed to the surveyor William Hambly. In 1800 he was appointed high constable of the London District, and, the following year, deputy sheriff. In 1804, invoking the fact that his father Gideon had been a successful applicant for land in Oxford Township, he again applied for land and this time was given his large land grant in Yarmouth Township. It was land which was destined to become, 215 years later, a major part of the present day Port Stanley.