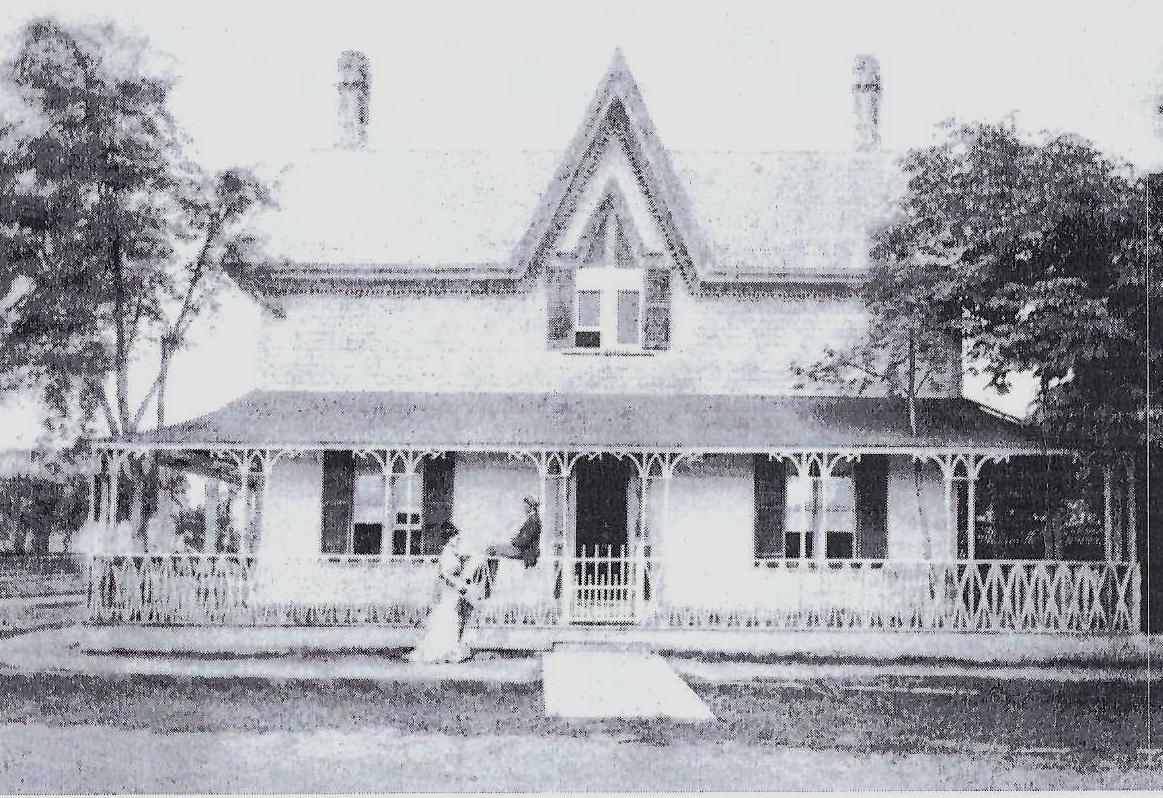 The Municipality of Central Elgin has rejected the concept of a Heritage Conservation District (HCD) in Port Stanley. Some people think this is a good decision and others think it is a bad decision, but one can’t help wondering what the Port Stanley streetscape will look like 10 or 15 years from now, as buildings which have been there for a hundred years fall one by one to the wreckers ball and are replaced by multistory condominiums.

There is one planning tool which has been used to preserve the look of our central village and that is formal heritage designation. There are 10 properties in Port Stanley which have this designation. The designation comes with very generous property tax relief from the municipality. Internal changes to these buildings are permitted, but changes to the exterior must preserve the look of the original structure, so something of the look of Port Stanley, which many of us treasure, will be preserved.

One of the buildings in Port Stanley which has such designation is what is now The Windjammer Inn, located at 324 Smith Street.

This building was built in 1854 by Samuel Shepard, a prominent grain and produce merchant. As well as selling thousands of dollars a year of grain shipments, Shepard is said to have been the first merchant in Canada to ship apples to England. His windjammer sailing vessels were considered by some to be the finest ships operating in and out of the Port Stanley harbour. Shepard began the tradition of awarding a top hat to the first captain to arrive in the Port Stanley harbour following the spring breakup.  This became known as the Shepard Hat. In 1865, exports from Port Stanley totaled what in those days was the impressive sum of $217,349.

In 1873, Shepard was elected Reeve of Southwold Township. As reeve he was also a member of the Elgin County Council, so he probably played an important role in the incorporation of Port Stanley as a village in 1874.

Heritage Port Stanley, the Port Stanley historical society, has a wonderful collection of letters written by Shepard. Many of these were exchanged with his onetime business partner Frank Yerrington who had moved to Nevada to make his fortune from the 1864 Nevada gold rush. Many of these letters are published in a book entitled, Hills of Gold and Silver, published by the Port Stanley historical society, and recount the efforts of Yerington to persuade Shepard to leave Port Stanley and join him in Carson City, Nevada, where he was involved in several mining ventures.

But Shepard was happy in Port Stanley. He had an impressive home which was described in a Heritage Conservation District report written a few years ago as a “fine mid-19th century Victorian residence.” The residence, shown in the attached picture, is said to “exhibit a rich variety of mid-19th century architectural detailing. Its wrap-around, open verandah remains and its windows are exquisitely detailed in Victorian style. A high peaked dormer with a finely detailed window graces the front facade of the structure facing Smith Street. The roof line with its returned eaves is highlighted with richly detailed wood scrolling.” The wood detailing of the veranda shown in the accompanying picture has been replaced with a more simple design, but the rest of the building appears to be largely unchanged from its initial appearance. “The retention of the ornate windows on each facade is of special note,” the HCD report says.

The picture which I have presented of Sam Shepard to date has been a bit on the distant side, so let me quote from a letter to his wife Mary. In his job as a grain merchant, he had to spend a lot of time traveling. This letter is dated Sunday evening, January 30, 1859:

“This has been a long lonesome day. You cannot fancy, Dear Mary, how much I would like to have you here with me or to be with you at home. There is no place like home, and I think that one must be away for a time to fully appreciate a good home and a good and loving wife. I feel, Dear Mary, that I love you now more than ever. That time, instead of decreasing that love, increases it, and that the longer we live together the warmer and stronger that love becomes.

Not all buildings in Port Stanley which have formal heritage designation are quite as impressive as Sam Shepard’s home, the Windjammer. 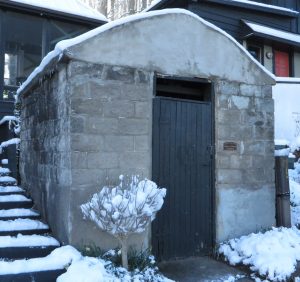 Can you guess what this little structure might have been? You can view it on the east side of Main Street.

When my wife and I moved to Port Stanley 25 years ago as full-time residents, Port Stanley old timers informed me that it was a Cork Oven. This left me somewhat baffled until I learned that a “cork” is a short cylindrical fish net float. You used to be able to pick up dozens of these in a stroll along the beach. The wood for these floats had to be dried before it was used, and the drying took place in this Cork Oven. This type of float has now been replaced by a plastic float, but somehow the discovery of one of these does not have the same excitement as finding one of the original floats which would have been dried in this oven. 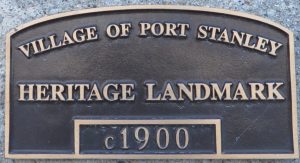 This is one of a series of articles which I will be writing describing other buildings in Port Stanley which have formal heritage designation. There are many other buildings which have not been designated. If you own such a building and would like to benefit from the property tax relief offered by the municipality, you can find details on the Central Elgin website.