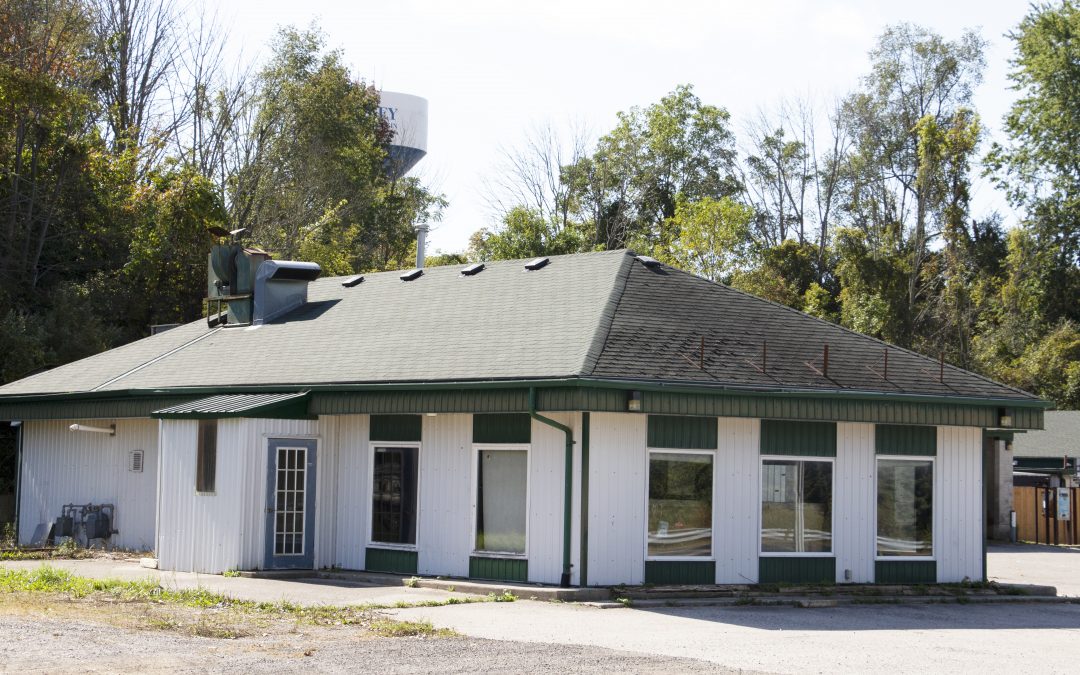 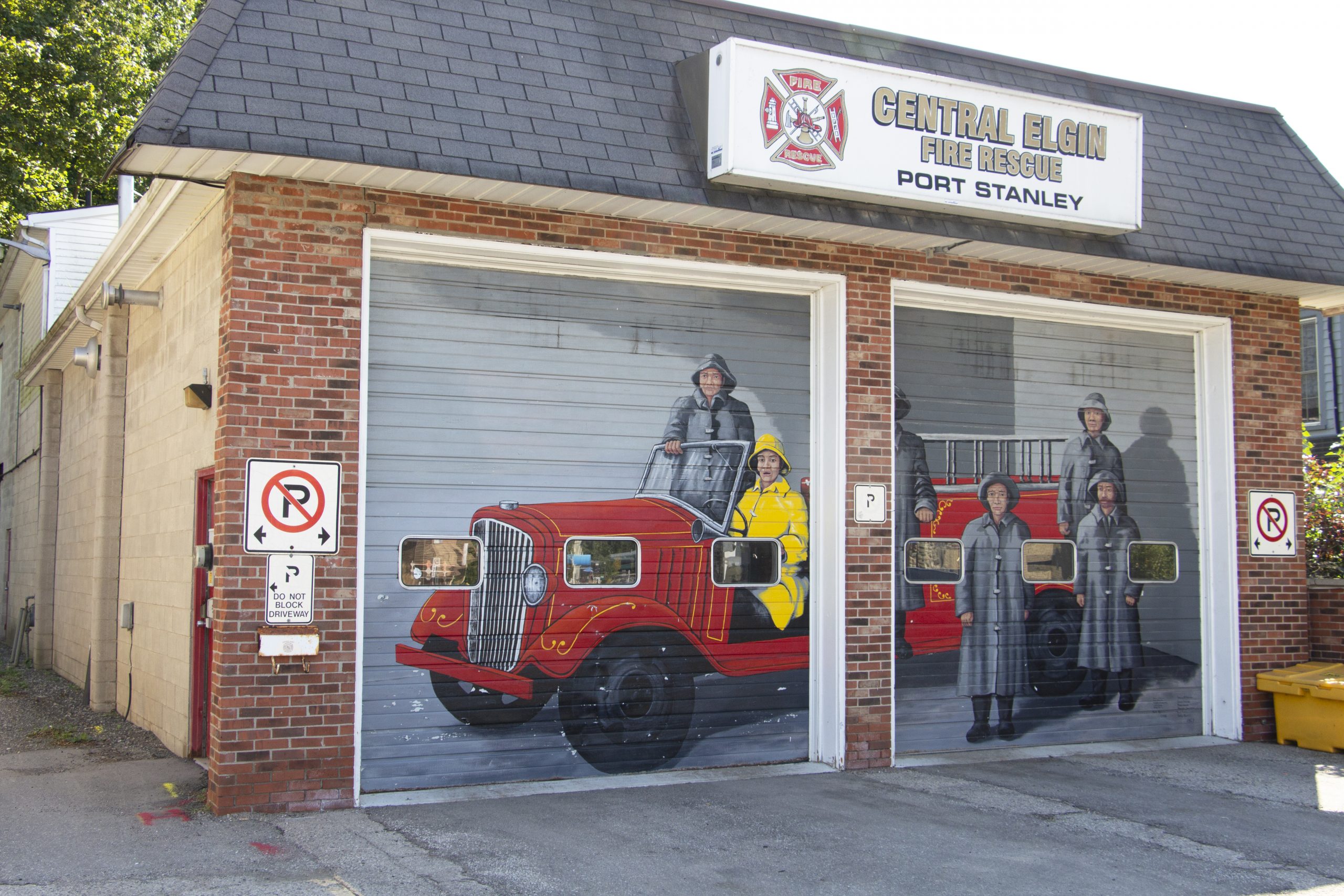 The old firehall, at 218 Joseph Street, and the former Green Roof restaurant, at 4980 Sunset Road, are on the municipality’s chopping block.

The old fire hall is perhaps best known for the colourful mural on its doors, a project financed by Heritage Port Stanley, the local historical society, about 20 years ago.

The mural reflects a 1939 newspaper photograph. One of the firemen in the picture is Herbie Jamieson, an indigenous man, and Second World War hero. Jamieson Street is named after him. The fire truck shown in the mural was purchased shortly after 1928. A shadow in the mural portrays a fallen firefighter.

“The municipality is currently undertaking a procurement process to engage the services of a realtor for disposal of the properties,” said Lloyd J. Perrin, Central Elgin’s Director of Asset Management and Development. “Once a realtor has been engaged then the municipality would be in a position to discuss price for the properties.

“With respect to the doors on the existing Port Stanley Firehall, there will not be a requirement on the purchaser to preserve the doors,” added Perrin. “The municipality will be taking photos and subject to Council direction and approval, replicate the mural at a different location in the municipality.”

An unofficial survey of local realtors suggested the municipality would be lucky to sell the properties in the $500,000 to $700,000 range. Both buildings require substantial investment for renovations or replacement. The old firehall property is about 5,663 square feet in size, the restaurant sits on a 1.86-acres site.

“There’s a lot to find out before you can put a value on the properties,” one realtor said. “I would recommend they get a couple appraisals.”