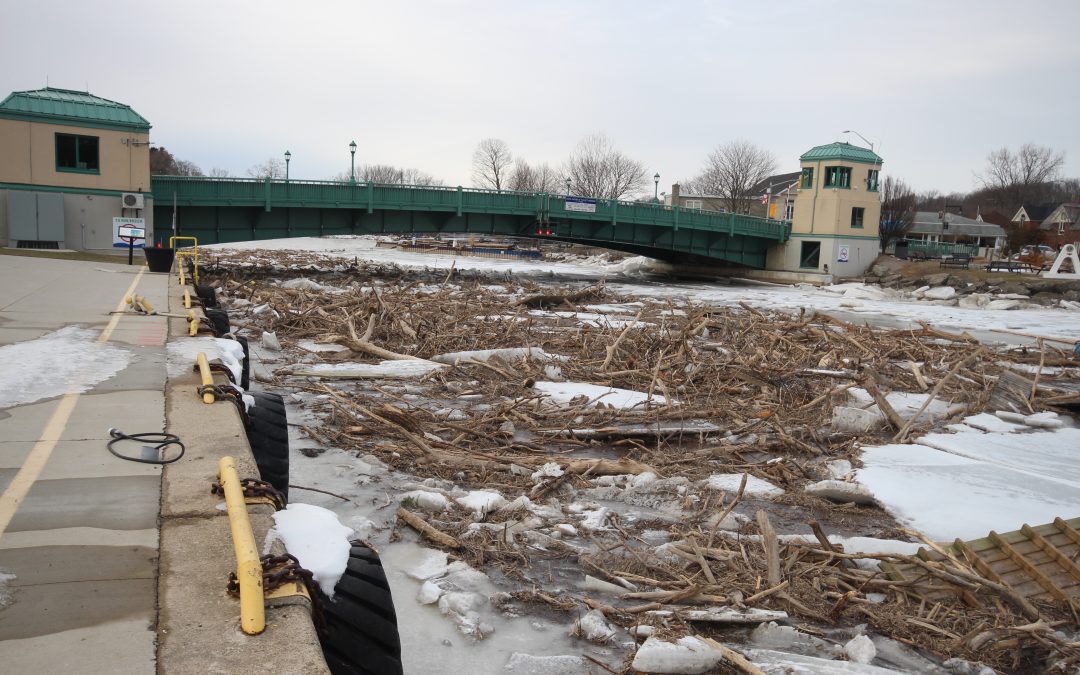 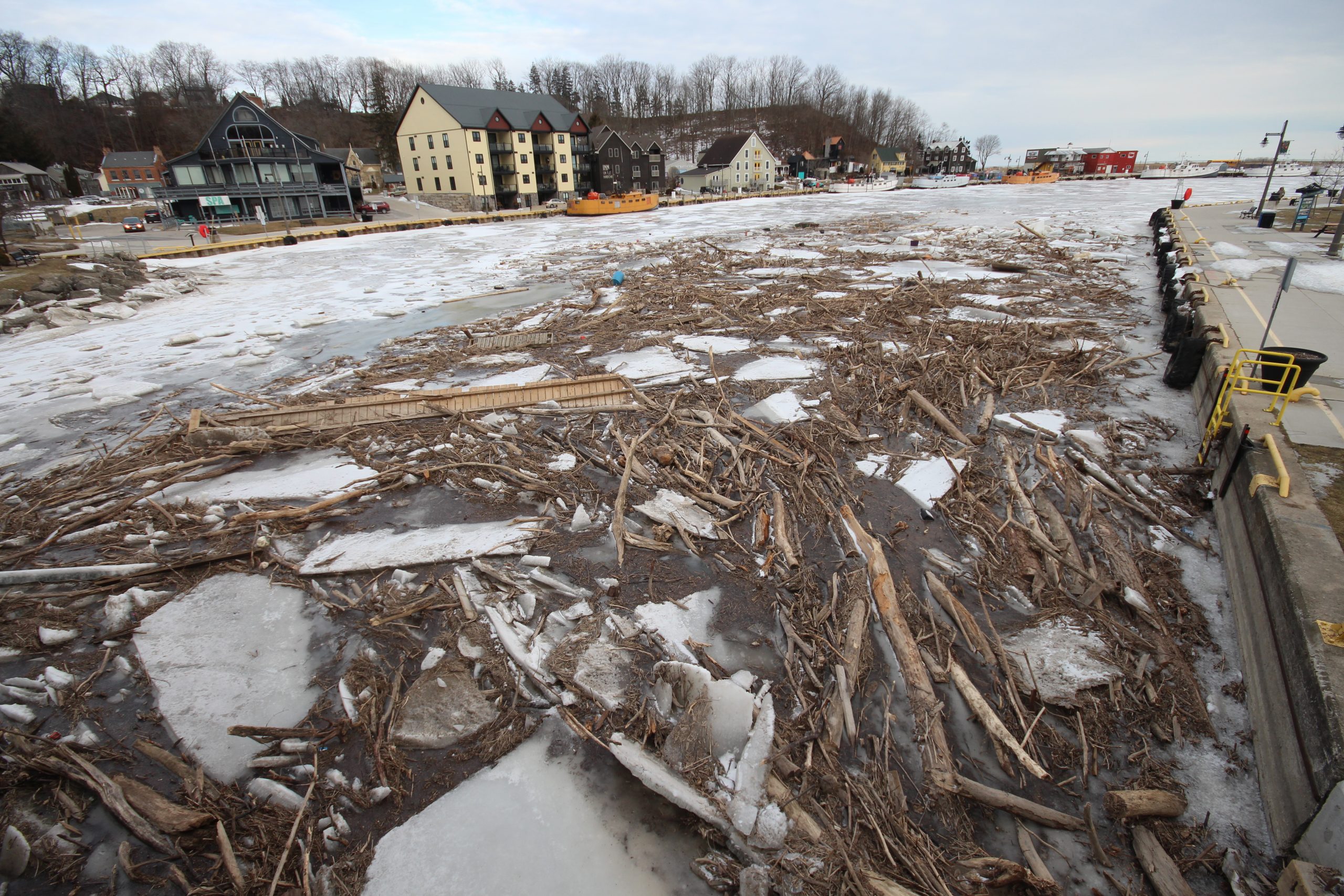 Mother Nature got us into this mess. Mother Nature will probably get us out. That’s the consensus of local experts on the huge log jam under the King George VI Lift Bridge in Port Stanley.

As intimidating and disruptive as it may appear, the log jam caused by the on-again, off-again spring thaw is very likely to clear itself before commercial and recreational activities resume on Kettle Creek.

Experts agree dredging is out of the question if Mother Nature flushes the Kettle Creek Conservation Authority (KCCA) watershed, as is the tradition.

“The debris that has accumulated under the lift bridge will move downstream naturally as the spring freshet continues over the coming weeks,” said Jennifer Dow, KCCA’s Water Conservation Supervisor.

Elgin County weathered two episodes of flooding in less than a week in February. First an Alberta Clipper brought warmer weather and precipitation of 25-to-35 millimeters (mm). It also released 44-to-116 mm of moisture from the snowpack. Next, a Texas Low brought accumulations of between 15-to-25 millimeters (mm), with an additional five-to-10 mm from convective storm cells within the system.

“The debris that comes down Kettle Creek happens quite often, practically on an annual basis,” said Lloyd Perrin, Central Elgin’s Director of Asset Management and Development. “Typically, the majority of this debris makes its way out to the lake.

“If there are large trees (or other large objects) that can’t make (their) way out, then these get pulled out and removed from site,” added Perrin. “Based on soundings that were taken in the fall of 2021, there is not a need to undertake dredging in 2022.”

Derek Niles, a Port Stanley based commercial and tourism marine operator, agrees with Dow and Perrin about the forces of nature taking care of business on the creek.

Yet Niles is concerned about an area some 50 yards north of the bridge. A stretch of Kettle Creek was dredged to a depth of about 12 feet as part of the recent bridge restoration project. Niles used his own equipment to survey that area last year and noted that 20 yards north of the bridge, the creek floor “sharply comes up.” That transition could snag debris flowing in the creek.

“It’s way too early to say what’s going to happen,” he added. “We don’t know what the spring rains will bring and what will get washed out to the lake. (However) that transition area may be a problem. That may bring a navigation hazard.”

Other North Shore Beacon coverage about the February flooding. 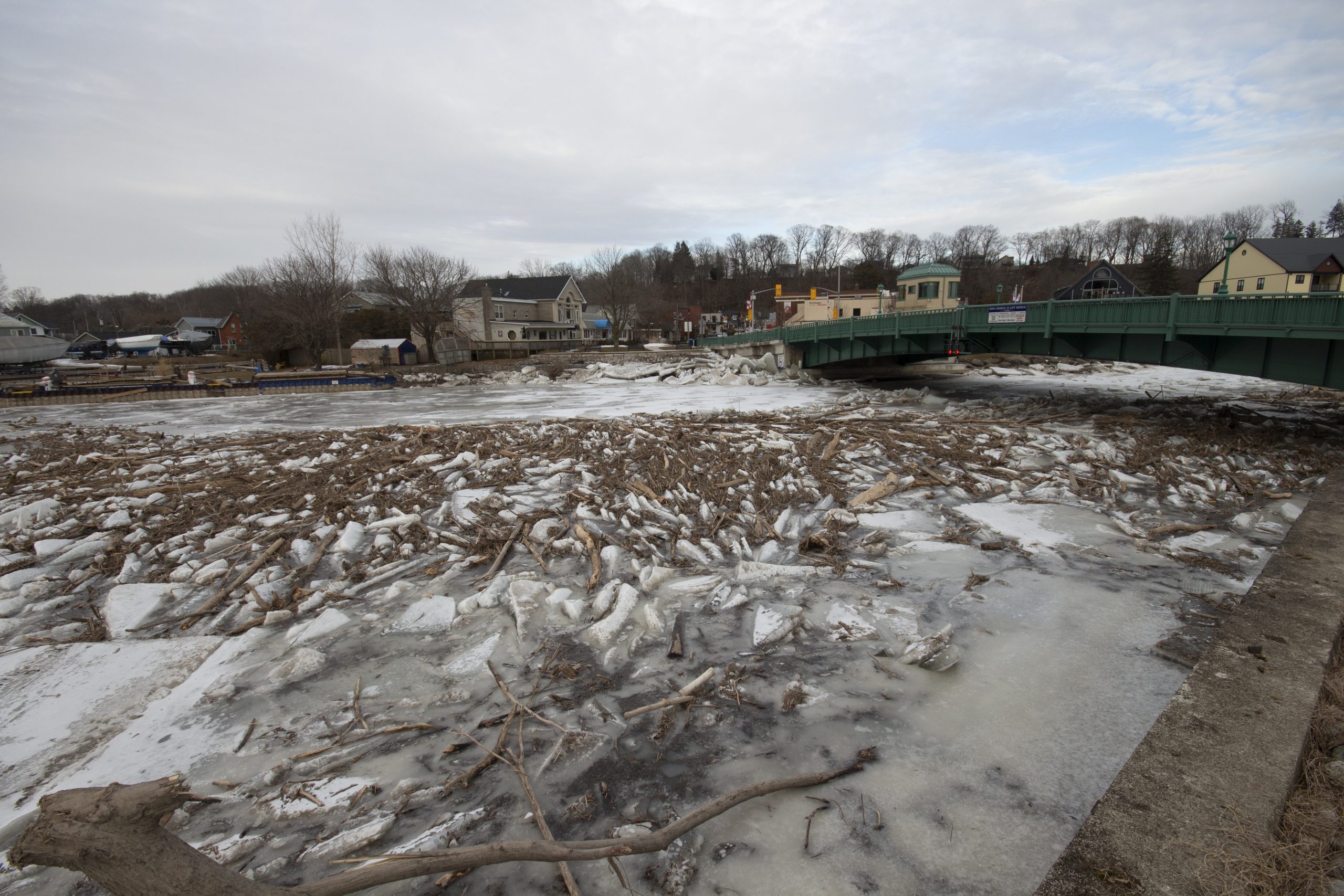