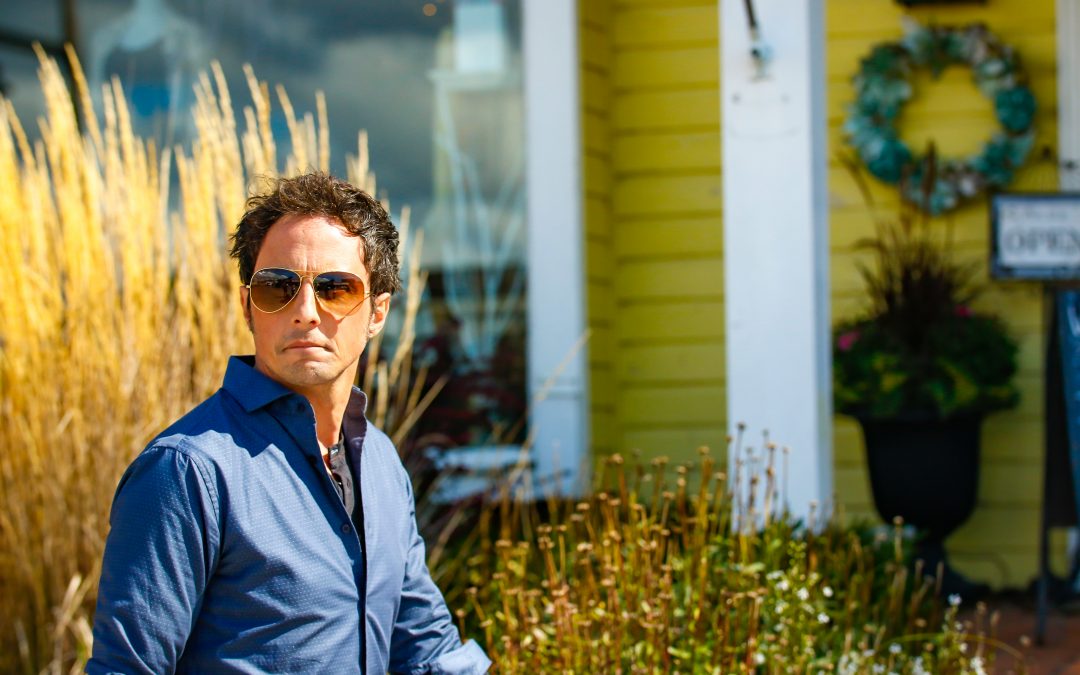 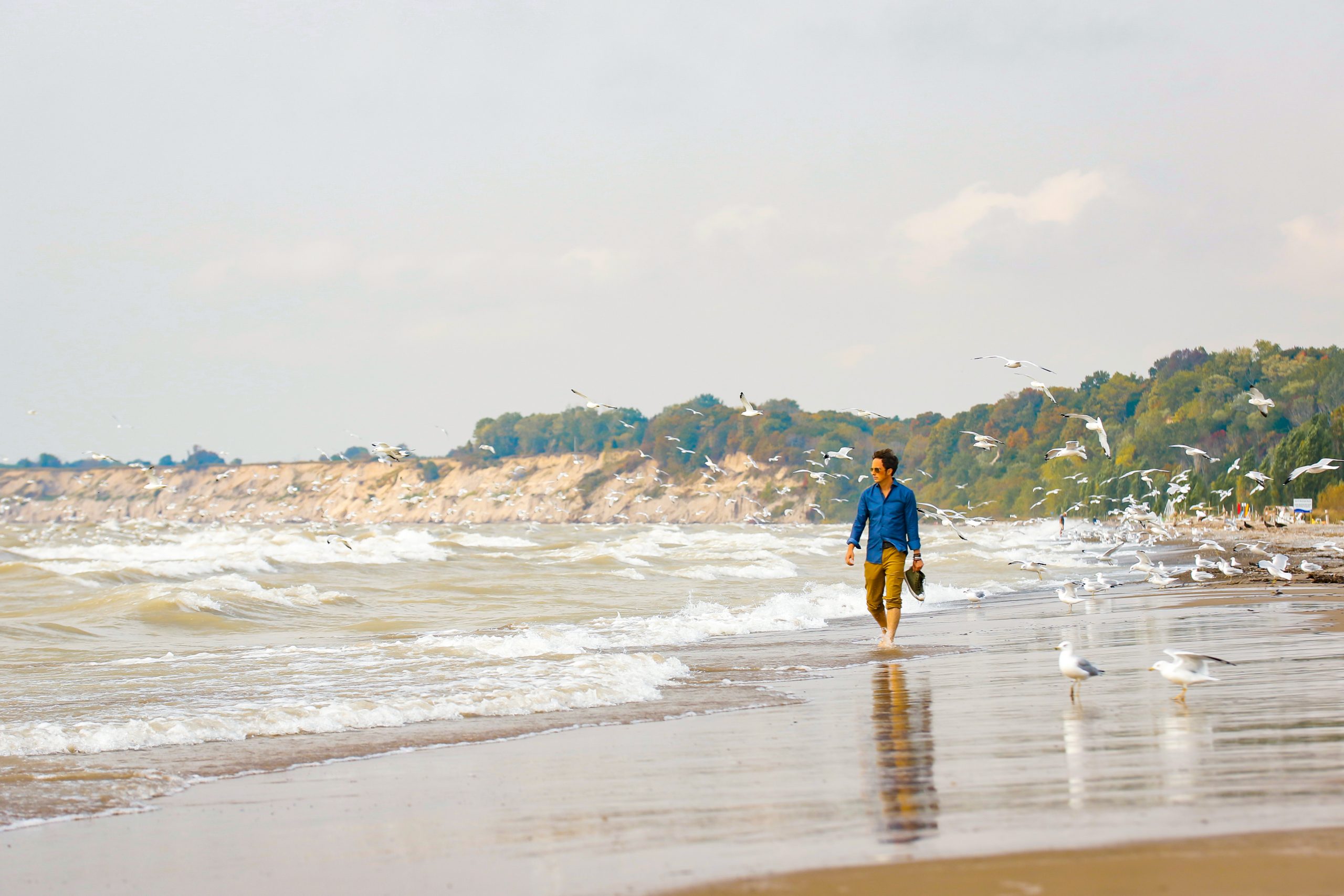 Leave it to CBC Still Standing star Jonny Harris to use an awkward paddle board experience as fodder for a laugh-out-loud yarn comparing Port Stanley life to an iconic men’s hairstyle.

“It was nice to get moving out there,” Harris muses during a monologue that will air on CBC TV on January 12, 2022, at 8 p.m. In the segment, he describes a paddle board adventure with local realtor Carol Thompson.

“You see the old train bridge,” he continues, describing the view from Kettle Creek, “and you see both sides of the town.

“The side with the inn and the shops and the businesses, and the side with the beach parties and … oh my gawd … you’re business in the front, party in the back,” Harris says in a feigned moment of discovery. “You’re a mullet.” The mullet hairstyle – short at the front, shorter on the sides, and longer at back – was popular in the ‘80s, renowned for its laid-back vibe.

Harris’ joke was generated after a week of sand and sunshine here in 2020. Serving as Still Standing writer, producer, and host, Harris interviewed several local business owners, before delivering his signature stand-up routine in a tented performance space beside Port Stanley Arena and Community Centre.

“Perhaps I was a bit naïve, but coming from Newfoundland, I didn’t really realize there are commercial fisheries on fresh-water lakes,” said Harris, a Pouch Cove, Newfoundland, native who now resides in Toronto. Harris shared a preview of the show and spoke to the North Shore Beacon in an exclusive interview in early December.

“We’re looking for a survivor story,” added Harris, describing Still Standing’s format. He’s typically immersed in communities and ultimately describes the experience in a live comedy show in front of all the locals. Regrettably, his audience here was limited by pandemic restrictions.

“We’re looking for a community that’s faced some struggles and is dealing with it,” he said. “Some of the towns we go to are in various stages of recovery.”

The Port Stanley show is Episode 2 in Season 7 of the CBC original series. The Season 7 premiere, showcasing Jonny’s visit to Hope, B.C., will air tonight. In Season 7, Jonny also visits Minden and Warkworth, in Ontario, as well as Hope and Chemainus, in British Columbia, Wakefield, in Quebec, Oxford and Middleton, in Nova Scotia, and St. Laurent, in Manitoba. The complete first six seasons are available to stream on CBC Gem, CBC’s streaming service.

“Each place we go to is full of people that are determined their town is going to pull through,” said Harris. “We acknowledge those struggles and then we get to sort of face what’s unique and fun and optimistic about the town. Port Stanley has recovered a great deal and cleaned up.”

Perhaps best known as Constable George Crabtree on CBC’s Murdoch Mysteries, Harris has also gained popularity through comedy performances at The Halifax Comedy Festival, The Winnipeg Comedy Festival, and on CBC Radio’s The Debaters. For Still Standing, Harris has won six Canadian Screen Awards, including Best Host in a Factual Program-Series in 2019. 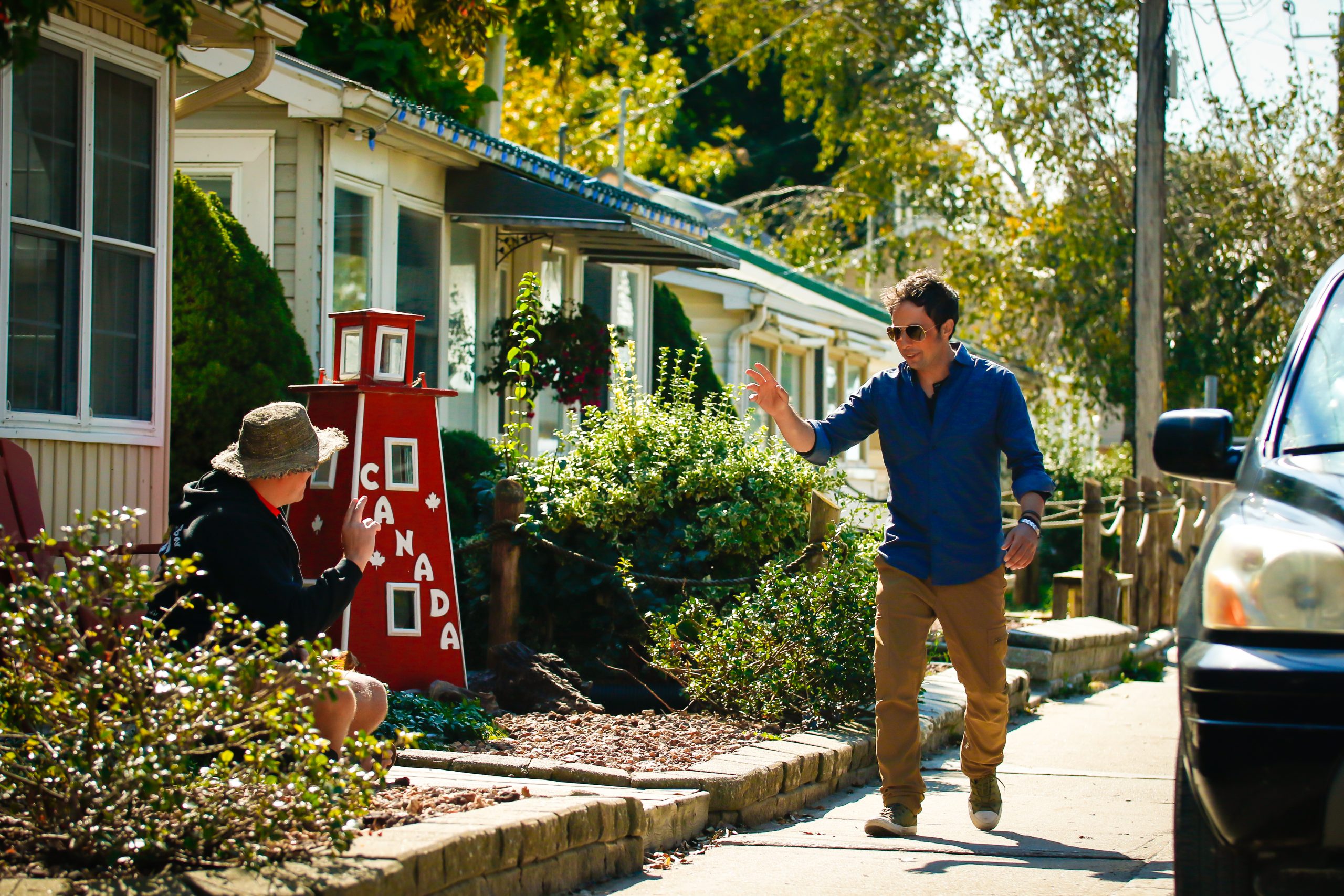 Harris was quite taken by his trip to Elgin County saying: “This was my first time there, I’d love to come back. Yeah, it wasn’t just me, there were a lot of the crew who were keen to get back to Port Stanley. 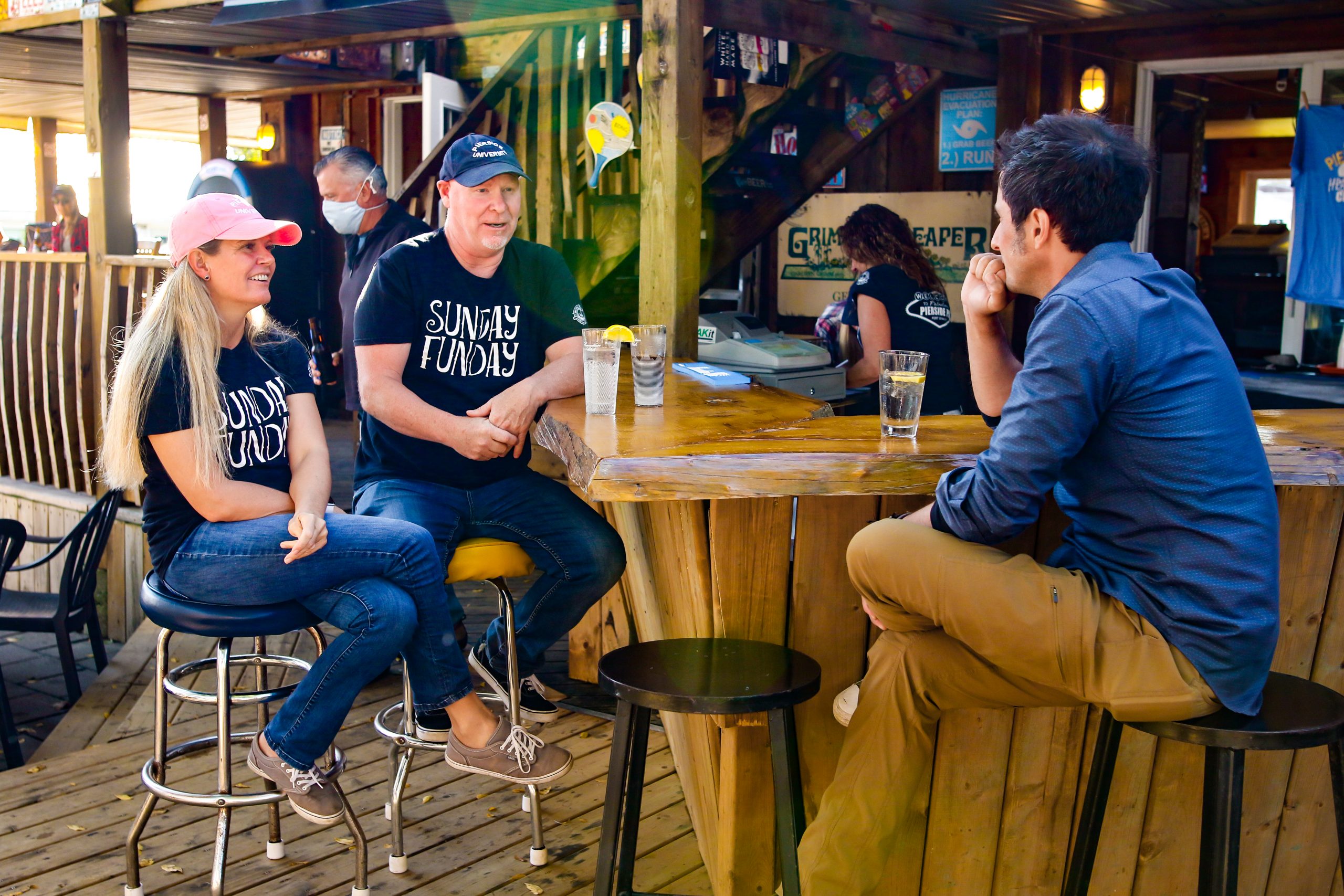 When Harris chatted with Brent and Bernice at Pierside Pub, the King George VI lift bridge was still closed for renovations and Brent was chauffeuring customers – and CBC stars – around town in his big white limo with red flames painted on the side. 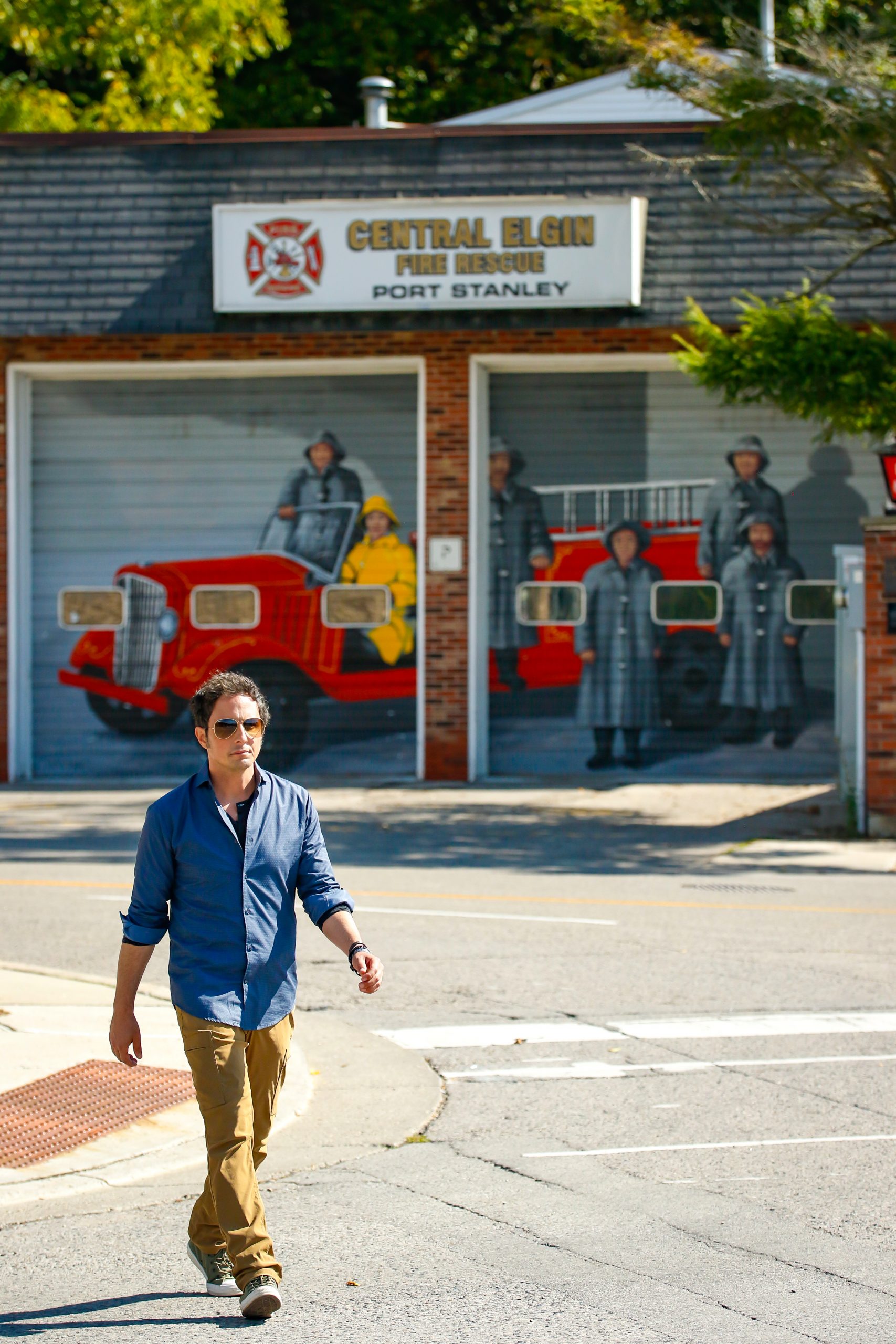