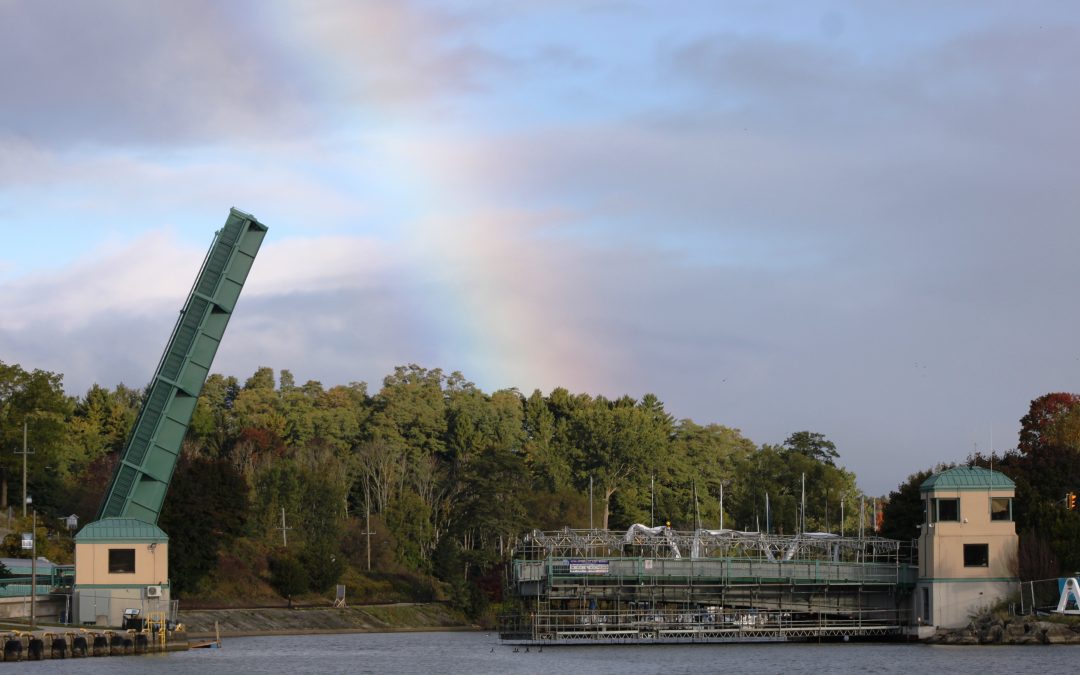 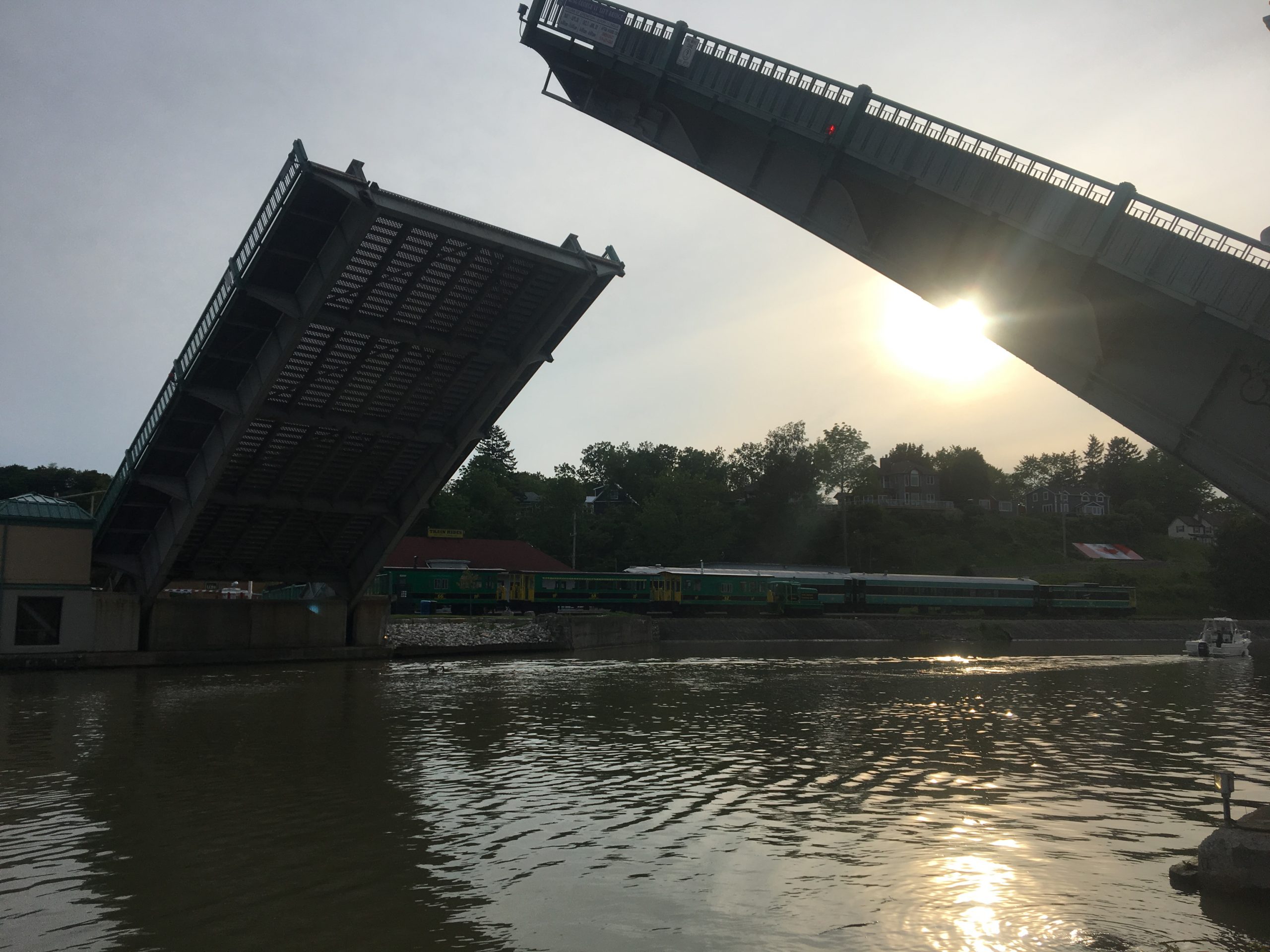 Don’t get your knickers in a knot. The King George VI Lift Bridge in Port Stanley is scheduled to reopen on Friday, but Elgin County urges everyone to remain calm and motor on.

Happy days are here again and we all want to party, but with all due respect, the County wants people to stay away.

COVID-19 restrictions prohibit a public gathering of more than 25 people. The municipality does not want to place people at risk. Perhaps villagers can crack open a bottle of champagne at home.

Check out other Beacon stories about the lift bridge:

“We’re planning for the opening of the bridge at end of day on Friday (July 9, 2021),” said Brian Lima, Elgin County’s General Manager of Engineering, Planning and Enterprise, and Deputy Chief Administrative Officer. “We’re just waiting for the final inspections now. There’s a lot involved.” While elected officials will be on hand for speeches at about 1 p.m. on Friday, “a larger community gathering is not possible,” added Lima.

The rehabilitation project was originally scheduled to close the historic span over Kettle Creek from March 2020 to May 2021. In that period, the alternative route across the Warren Street bridge generated substantial delays and frustrations for pedestrians, cyclists and motorists. Due to the COVID-19 disruption, the reopening was delayed until June 25, 2021, then further delayed due to “testing” until Friday. 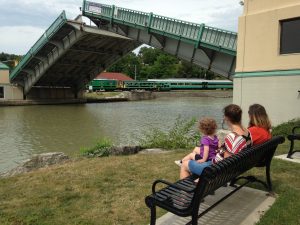 “What a relief for everyone,” said Jean Vedova, proprietor at Kettle Creek Inn. “It definitely has not been an easy ride for the restaurants and merchants on this (the east) side of the village.

“It certainly hasn’t been an even playing field,” added Vedova. Main Beach and William Street businesses were still relatively active while the bridge was closed and throughout the pandemic disruption. “It will be so nice not to have to explain to guests that they have to join that long vehicle line to get to the other side of town. How wonderful for residents to access both sides with ease.

“At least something is getting back to normal,” she said. “Now if (Premier Doug) Ford would permit inside dining, restaurants would not be at the mercy of the rain gods.”

Other stakeholders in downtown Port Stanley had mildly mixed emotions about the reopening.

“It’s been a long, 15-plus months,” added McClenaghan. “Everybody, on both sides of the bridge, will be so happy. I hope the downtown businesses spring back to life, especially after more COVID-19 restrictions are lifted.”

An optimist by nature, McClenaghan adds: “I hope it actually happens on Friday. So many delays, hope they’re not crying wolf. Looking forward to the four lamp posts finished like back in the ’60s.”

“ReVibe came into being last fall, in the midst of the pandemic and everyone told us how busy things would get once Port Stanley’s summer season got underway, but the expectation across the board assumed the bridge reopening on time,” said Shin. “The first delay was a disappointment, but at least it came with a new date, not far off.”

“Making that information public only on the day to which we had re-pinned our hopes, frankly, felt like an insult,” said Gauthier. “Then this morning we hear a rumor that the bridge might be delayed until after the summer. Unbelievable.”

Shin continued: “But once the event actually occurs, we’re sure it won’t be long until all is forgiven. And for our part, we’ll look forward to customers walking up from main beach or walking down there ourselves after we close for the day. And if this last week is any indication, we’ll be extending our hours to accommodate shoppers, because we are finally beginning to see them in the later part of the afternoon.”

More about ‘The Bridge’: