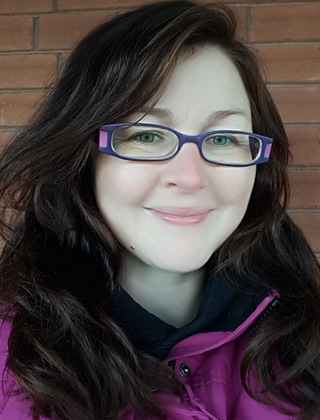 Last week, the Ontario Federation of Agriculture (OFA) held its Annual General Meeting (AGM). It was the first time the event went virtual. Typically, it is held in a hotel and runs over two days. In the last few years, we’ve been in Hamilton, Toronto and Niagara. This year, the AGM was held in the comfort of each delegate’s home.

The theme, ‘Navigating Our Road to Recovery,’ spoke to the challenges agriculture (and all sectors) have had this year. The COVID-19 pandemic just added an extra layer to an already difficult situation.

The Elgin Federation of Agriculture (EFA) sent six delegates (a mix of board and general members) and presented a resolution that passed after some debate dealing with easing the challenges of obtaining a Commercial Vehicle Operator’s  Registration (CVOR) license.

The issue was brought forward by one of our members and the EFA board worked diligently to present the matter at the OFA AGM.

The member’s concern is with obtaining a new license, not renewing an existing one. Those trucking their product from family farm to family farm needed to pass the same licensing requirements as someone hauling their goods out of the province, or into the United States. It became apparent through the course of discussion with our member that there needed to be a modified licensing system created for those who only needed to haul their product a few kilometers.

Our Elgin resolution ended with this: “Therefore be it resolved that the Ontario Federation of Agriculture work with related Ministries to develop a modified CVOR requirement or Agricultural Trucking Permit for farm operators whose trucks are not used for carrying payloads to end users but are strictly used as part of a harvest between farms only.”

During the same meeting, nine other resolutions from county federations across the province were brought forward and discussed, including: the process for electing executive members to the OFA board, misuse of Municipal Zoning Orders, local abattoirs and dealing with feral pigs in Ontario.

That Elgin’s resolution passed was a testament to not only the member who presented the issue, but also our board of directors, who have had to absorb and utilize an enormous amount of new technology. Can I assume we’ve all had some virtual learning to do this year?

To that end, on Wednesday, December 9 the EFA will be holding its fist-ever virtual AGM meeting. We are excited to introduce our guest speaker: Franco Naccarato, Executive Director with Meat and Poultry Ontario. Naccarato will speak on the importance of small, locally owned and operated abattoirs.

The meeting is open to any and all EFA members, as well as those that would like to hear Naccarato speak. We ask that anyone attending register with our office administrator Dita Cornelissen, on or by December 4, 2020 at elginfarmers@gmail.com or by calling 519-633-0114.

This meeting will also be an election for EFA directors, so if you are interested in a board position, make sure to reserve your spot.