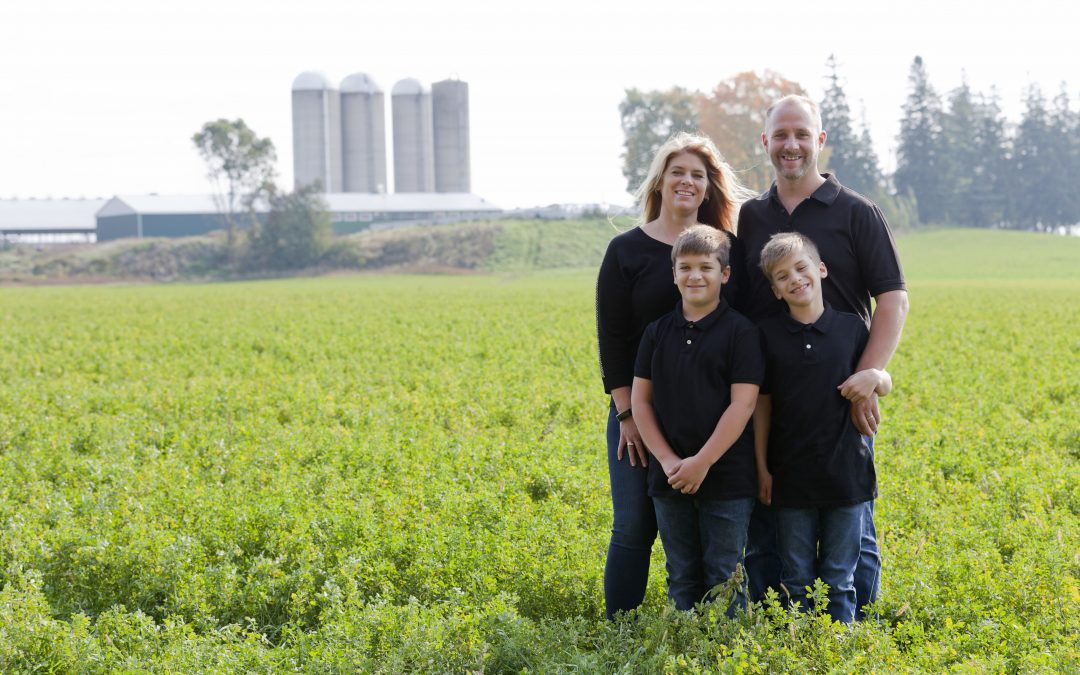 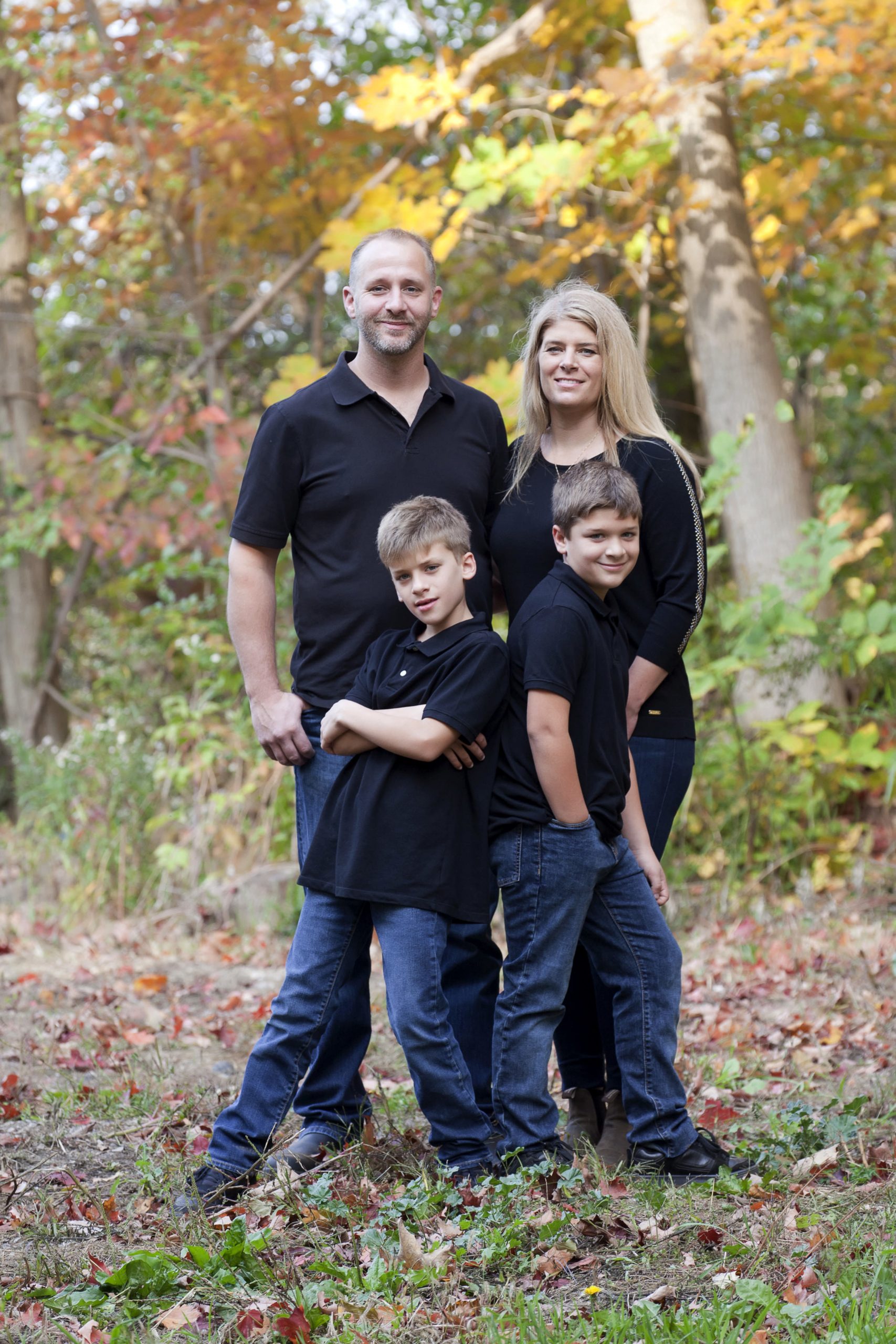 Tracey and her husband Ruud Arts are dairy farmers, following in the footsteps of both of their parents. The next generation is represented by their twin sons, Willem (left) and Lucas, both 10 years old. The Arts operate a 400-acres farm, with about 400 heads of cattle, including 240 milking cows, plus dry cows, heifers, and young animals. The scale of the farm has doubled from previous generations, expanding considerably in the last 10 years. The husband-and-wife team run the business with two full-time employees and one student.

Something has got to give if Tracey Arts is to succeed in her campaign to raise awareness of the amount of Ontario farmland that’s being consumed by development each year. 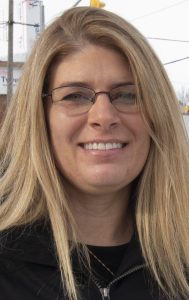 “You always hear ‘oh, there is tonnes of farmland out there,’ but there’s not,” Arts told the Aylmer Express in a recent interview. Her roadshow has already reached most Elgin County municipal politicians and the OFA’s online Homegrown Campaign has generated some 30,000 signatures, focusing on protection and preservation of Ontario’s farmland and domestic food production.

Ontario’s agri-food industry contributed $47.3 billion in GDP in 2019 and supported over 860,000 jobs, representing 11.6 per cent of the province’s labour force, according to the Ontario Ministry of Agriculture, Food and Rural Affairs. OMAFRA encourages municipalities to take an agricultural systems approach to protecting farmland and supporting the agri-food network.

“It’s not if we’ll run out of agricultural land, it’s when. It’s a finite resource,” added Arts. “All you have to do is drive down Hwy. 401 or Hwy. 403 and you see all the development. It is happening everywhere.”

Urbanization claims an average of 175 acres of productive farmland every day, according to the OFA. With Ontario’s average farm size being 249 acres, that’s a loss of five family farms a week.

“For me, it’s a little scary how fast development is coming,” said Arts. Only five per cent, or 13.3 million acres, of Ontario’s 266-million-acre land mass is suitable for farming. “Where are we going to be in 20 or 50 years? What are we leaving for our children?”

Tracey and her husband Ruud Arts are Oxford County dairy farmers, following in the footsteps of both of their parents. The next generation is represented by their twin 10-year-old sons, Willem and Lucas. The Arts operate a 400-acres farm, with about 400 heads of cattle, including 240 milking cows, plus dry cows, heifers, and young animals. The scale of the farm has doubled from previous generations, expanding considerably in the last 10 years. The husband-and-wife team run the business with two full-time employees and one student.

Arts continues the Homegrown Campaign in the face of some very powerful forces of supply and demand microeconomics.

She doesn’t deny that people have a right to choose to buy or rent a home, big or small, urban or rural, in single-family or multiple-unit dwellings.

Politicians’ also figure into the equation.

But it’s the resulting juggling act performed by these and other stakeholders that worries Arts.

“This is something I’ve taken on because we’re seeing all this development here,” Arts continued. “There is a way you can work together to do it responsibility.”

However even the alternatives to farmland consumption rankle rural communities. Intensification of development proposals, or refurbishment of old properties, for example, frequently generate opposition in communities fearful of change, and opposed to three-or-four storey buildings, or duplexes and townhouses that may change the look and feel of neighborhoods. Sometimes the economics of these types of projects also fail to attract developers.

“It’s not a real easy question to answer, but we want to bring more awareness,” said Arts. “We are hoping we can have that open community discussion, hoping that it will let us not develop so fast.

“This is about trying to figure out how to spread urban sprawl across Ontario so that you’re not using up the good farmland,” she added. “One house: that will help one family. If we intensify, that’s going to help more than one family.”

Land use planning in Ontario is guided by the Planning Act and the Provincial Policy Statement (PPS), focusing growth and development within urban and rural settlement areas. In a nutshell, the Province sets the ground rules and directions for land use planning, while municipal governments implement.

It all seems very well intentioned, however, loopholes like minister’s zoning orders (MZOs) may be used to fast-track development and circumvent normal planning processes, with no opportunity for appeal. Ontario Auditor General Bonnie Lysyk said the current Provincial government issued 44 MZOs between March 2019 and March 2021. In the past, according to Lysyk, about one was issued per year. In 2017 and 2018, there were none.

While MZOs were designed for use only in emergencies, Lysyk said the Ontario government is now using them to bypass barriers and delays to development.

“There are a couple places that we’re afraid MZOs will be used,” said Arts. Plans to build a GO Transit railway line along the Hwy. 401 corridor, for example, “puts some good farmland on the hot seat.”

Meanwhile, a recent Ontario Housing Affordability Task Force Report  recommends building 1.5 million homes over the next 10 years. It also recommends addressing “how Ontario can quickly create more housing supply by allowing more housing in more locations ‘as of right,’ without the need for municipal approval …

“Ontario is in a housing crisis,” according to the task force report. “Prices are skyrocketing: the average price for a house across Ontario was $923,000 at the end of 2021. Ten years ago, the average price was $329,000.

“Not long ago, hard-working Ontarians – teachers, construction workers, small business owners – could afford the home they wanted,” the report continues. “In small towns, it was reasonable to expect that you could afford a home in the neighbourhood you grew up in.

“Today, home ownership or finding a quality rental is now out of reach for too many Ontarians. The system is not working as it should be.” 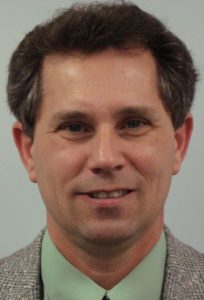 Not long ago Southwold’s population was shrinking, however, a new Statistics Canada release, Canada’s fastest growing and decreasing municipalities from 2016 to 2021, and the, Census Profiles taken from Statistics Canada’s 2021 Census of Population, show Southwold’s population has grown 9.7 per cent from 2016 to 2021. “It has just been unbelievable what’s happened in this community and we’re just starting.”

In that census period, 106 new houses were built in Southwold, adding 430 people to the population. Southwold’s building department anticipates over the next couple of years the municipality will see at least another 75 to 100 homes built per year.

Jones is also feeling some pressure from the redevelopment of the old Ford Motor Company assembly plant in northeast Southwold. Amazon Canada’s builder of choice Broccolini is reportedly developing a new warehouse, sorting and distribution centre.

If it’s anything like the plans for a fulfillment centre that Amazon recently abandoned in Pickering, Ontario, the Southwold project may generate some 2,000 jobs. (Premier Doug Ford’s government had been prepared to use an MZO to skirt local environmental concerns in Pickering.)

“We already know there will be two or three more companies coming … in the near future,” said Jones. “We have to have those houses in place. We need the population base to put those jobs in those factories.

“It’s just being responsible,” added Jones. “I know builders get comfortable with the business model that they’re very good at, but at some point, you have to think, ‘does the business model justify the end’. To maintain that infrastructure down the road … we still have to really intensify our needs, as far as housing goes.

“When we’re building these massive subdivisions, what we see as a home right now, it has to stop,” added Jones. He believes Provincial intervention is necessary to dictate “a cultural change” in the diversity of housing types and densities. “Otherwise, no one is going to be the first to do it.” 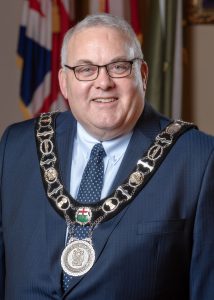 StatsCan states the City of St. Thomas’ population has grown 10.1 per cent from 2016 to 2021, even more than the 10 per cent growth rate in London, and if that trend continues, St. Thomas can expect another 10,000 new residents in a decade.

“We now know that’s where we’re going for the next decade,” he continued. “We look at Elgin County and we have to work together and do this.

“St. Thomas went almost a whole decade without much market-rent apartments or purpose-built apartments. We now have a lot of it going on, but we’ve got to keep that pace going for the next decade,” said Preston. “We’re looking for much higher density.”

While the StatsCan data indicates that Central Elgin’s population increased nine per cent from 2016 to 2021, Martyn noted that 61 per cent of the population growth in Elgin Council occurred in her constituency.

“We have the best farmland in all of Ontario in this area and we don’t want to see that gobbled up,” she added. “We know we need housing for people. That’s why we have to be much denser. We have to go up rather than just out.

“A lot of people think just because you’re growing in houses that that means your municipality has more money, more tax base,” Martyn continued. “No, housing is a break-even possibility at the very best of times.

“Somehow, we have to concentrate our growth on areas hopefully that aren’t prime agricultural land. And we need public transit,” said Martyn. “We really need a way to get people to work easily so that they can live in Port Stanley and have a great quality of life there but can get to work in St. Thomas or London easily, without everybody having to drive.

“Row houses, townhouses and apartment buildings are absolutely vital because they’re the only way we can make something affordable. We have been working with all our developers … to do just those things.”

Keeping in step with the Provincial guidance on land use planning, the City of St. Thomas, Elgin County and all of its member municipalities have developed strategies and official plans in an attempt to manage development pressures.

“The preservation and protection of farmland is a major concern of Elgin County Council,” said Brian Lima, Elgin County’s General Manager of Engineering, Planning and Enterprise. “Since the approval of the county’s first official plan in 2013, Elgin has maintained strict policies related to the creation of new residential lots in agricultural areas in order to preserve agricultural lands and to ensure that agricultural operations are not negatively impacted by non-farm populations moving into these areas.

“In addition to this, we also maintain strict policies that limit urban sprawl in the county and requires that local municipalities examine residential intensification and redevelopment options, as well as examine ways to avoid developing on agricultural land before permitting expansions to urban boundaries”, added Lima, whose title also includes Deputy Chief Administrative Officer. “Currently the county is undertaking a review the official plan where county Council will be examining if additional measures are needed to further protect both agricultural lands and agricultural operations.”