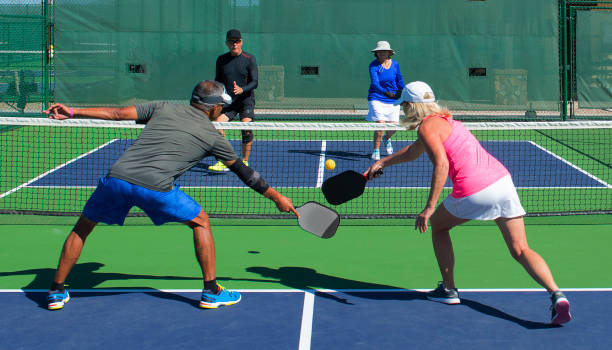 (April 2020) – Empirically speaking, Jan Nicholson, her husband Rod, and their friend Jill Hoad, all look like run-of-the-mill Port Stanley residents. Scratch their thin veneers, however, and it becomes as clear as the healthy smiles on their faces. They’re pickleballers, the lot of them.

SIFA also reports pickleball participation has increased 9.7 per cent in the last three years, with about 20.2 per cent of participants being 65 years old and up. 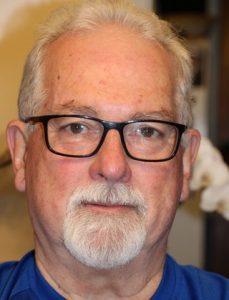 Rod first learned about pickleball from his father Harvey, of Chatham, Ontario. Harvey played pickleball until he was 92 years old. “He didn’t start playing until he was 85. He kept saying try it Rod, try it.” And so, Rod tried it and loved it.

About the same time, Dave “Mr. Pickleball” Hall and his wife Helen brought the sport to St. Thomas, eventually launching the St. Thomas Pickleball Club in 2013.

“Nobody knew what pickleball was back then and the Timken Community Centre (now known as the Joe Thornton Community Centre) gave them one two-hour session a week to see if it would fly,” said Jan. “Now, there’s pickleball every day but Saturday, sometimes twice a day.

“Dave and Helen have changed the lives of a lot of people,” said Jan. “There are hundreds and hundreds of people who are playing pickleball here now.”

In case you’re new to the activity, pickleball is a racquet sport, combining elements of badminton, tennis, table tennis and paddle tennis. Two or four players with wood or composite paddles hit a Wiffle ball over a net. The game is played indoors and outdoors on a doubles badminton court.

Pickleball was invented as a children’s backyard game in 1965 on Bainbridge Island, Washington, at the home of Joel Pritchard. According to Wikipedia, he and two of his friends, Bill Bell and Barney McCallum, couldn’t find a birdie to play badminton, but picked up a Wiffle ball, lowered the badminton net and fashioned some plywood paddles. In 1972, McCallum founded Pickle-Ball Inc. and started manufacturing paddles to help grow the sport. His son David McCallum now runs the business, headquartered in Kent, Washington.

The St. Thomas Pickleball Club now has 54 members. They play on the badminton courts at St. Joseph’s High School during the winter months. During the summer, they use the refurbished courts at Pinafore Park, which has eight pickleball courts adjacent to the eight tennis courts.

At the Joe Thornton Community Centre, pickleball players can engage at the beginner, intermediate, advanced and open levels. It costs $3 per person per hour. People rotate through courts to ensure everyone gets a chance to play. 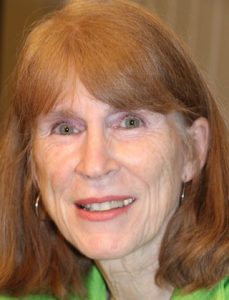 “Anybody can play this,” said Jan. “There’s a mix of people. You play at your own level and you play with people at your level.

“It gets to you if you are not used to it,” she added. “They talk about pickleball butt: we couldn’t get out of the car after the first time we played. I’m more fit now than I was seven years ago.”

The St. Thomas Pickleball Club runs a series of tournaments, attracting players from around the region. There’s a team skills tournament in the spring, a Railway City fun tournament, a beginners tournament, a secondary school tournament and an Iron Horse tournament for skilled player. The club also offers beginner pickleball lessons every spring to Elgin County residents at least 18 years old. 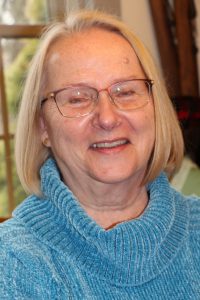 “You have to have good hand-eye co-ordination, and good lateral movement,” said Jill, “but it’s a lot of fun and very social. We had people come out for the Try-It-Day sessions who had never played any sports before. You can take a lot of frustration out on that ball.”