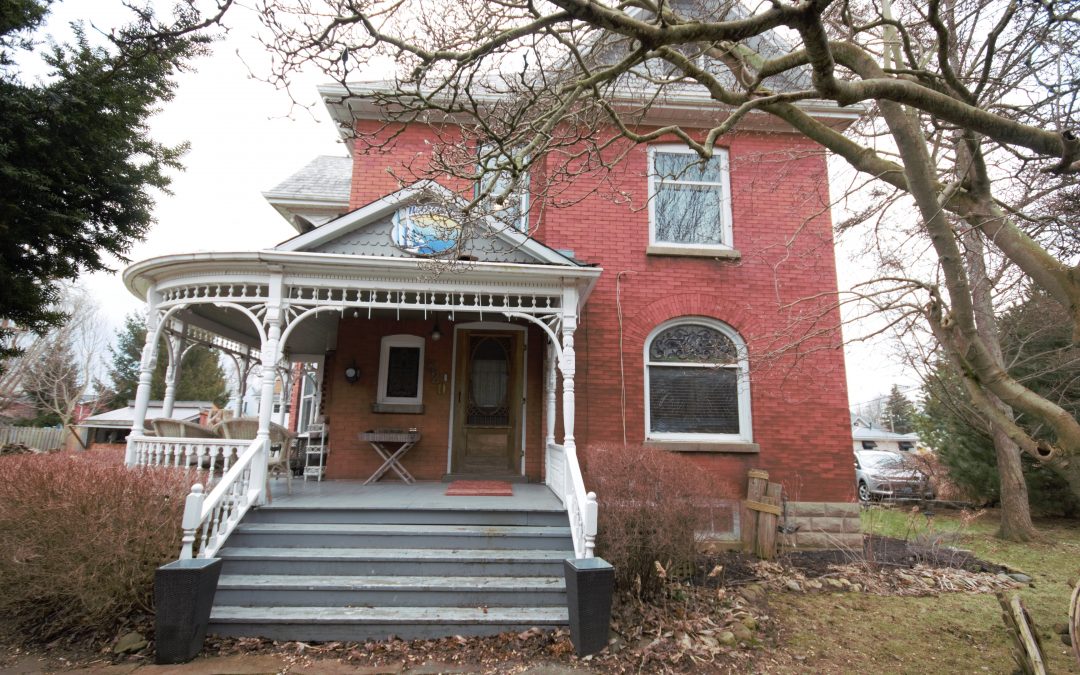 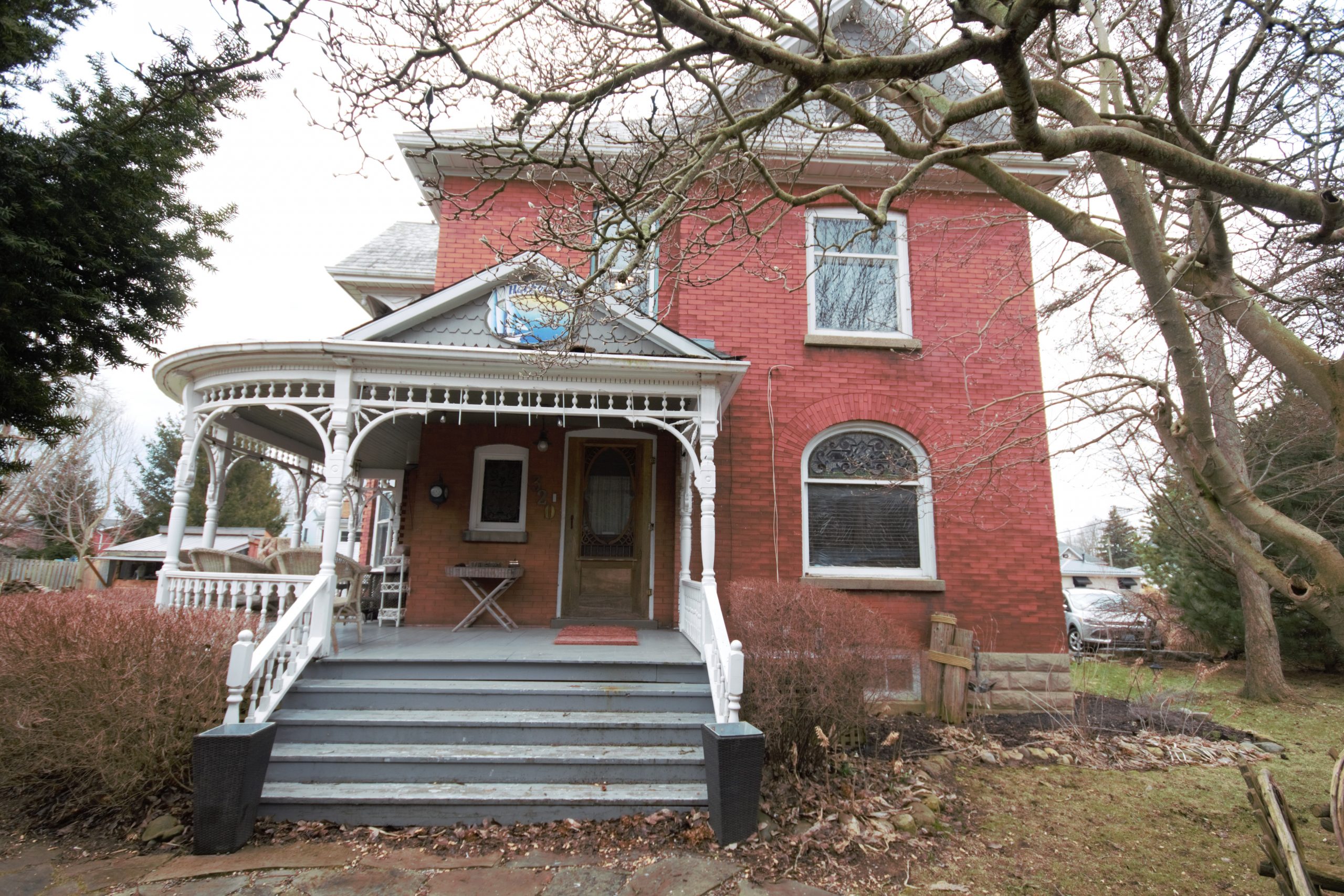 The historic Mitchell family property at 320 George Street in Port Stanley was added on April 11, 2022 to the Central Elgin Clerk’s list of properties of cultural heritage value or interest.

“The Mitchell family were important citizens in the history of Port Stanley,” according to a report presented to Central Elgin Council by Heritage Central Elgin (HCE), the municipality’s historical society.

Heritage Port Stanley President John Morrow suggested the Mitchell house – on the southeast corner of William and George streets – be added to the clerk’s list. Morrow shared some of the history of the Mitchell family at the HCE meeting on March 23, 2022.

John and William Mitchell’s family immigrated to Canada from Ireland in the mid-1800’s. Their parents and nine siblings joined them in Port Stanley.

John Mitchell married Mary Payne, daughter of Manuel Payne, the customs officer for Port Stanley. Manuel’s office was at 205 Main Street, where he also operated the post office and a telegraph line. The Manuel Payne House is already on the clerk’s list.

John and Mary also built a homestead – which still stands today – on Mitchell Heights, a neighborhood named after their family.

“They had five children: Fred, Walter, Caroline, Charolette and Charles,” the report continues. “When the Mitchell Heights farm was divided into building lots, the streets were named after the three sons and Charles’ wife Edith.”

Meanwhile, Walter Mitchell and his wife Margaret purchased the two lots at the corner of William and George streets in 1903. They built the house at 320 George Street. At the time, Walter owned and operated the hardware store on Colborne Street, as well as a lumber yard and a hydro station. The hydro station was situated where the Royal Canadian Legion Branch 410 is today and supplied electricity to the Village. Walter also taught in Union, was a member of the Public Utility Commission and a member of St. Mark’s Masonic Lodge in Port Stanley.

Heritage Central Elgin also considered adding Port Stanley’s old firehall to the clerk’s list at its last meeting, “but it was agreed that it was not significant enough as it was built in 1973, as a Centennial project for Port Stanley and is a very basic building,” according to the minutes of the meeting. “The doors with the mural will be retained by the new owners.” 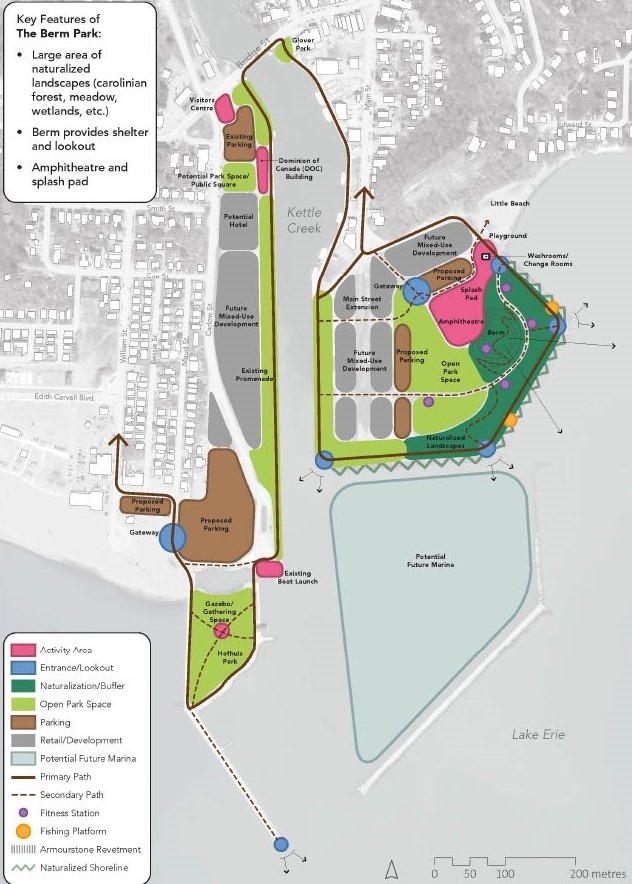 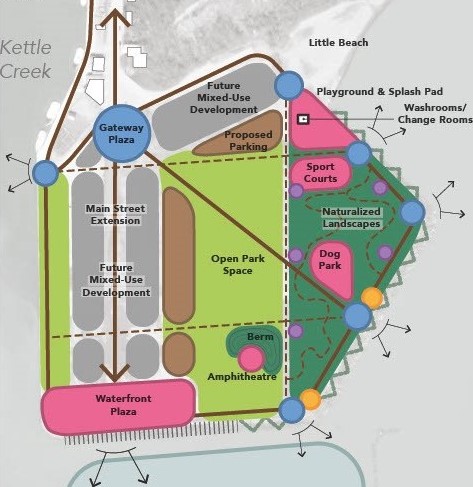 The Port Stanley Waterfront Master Plan moved another step closer to completion on April 11, 2022 as Central Elgin (CE) Council agreed – with its members’ fingers crossed for good luck – to hold its first face-to-face public meeting on the important planning consideration on May 12, 2022. A final Master Plan presentation to Council was also set for June 13, 2022.

The pandemic has limited public consultations on the master plan to one Zoom meeting and an online survey, and even as the Ontario government has recently lifted most COVID-19 mandates, a sixth wave is building and threatens a return to further restrictions on public gatherings.

COVID-19 had a similar impact on public consultations for Central Elgin’s official plan review, as well as the Port Stanley Secondary Plan. On March 19, 2020, the Ontario Government amended the Municipal Act, allowing online meetings to become the order of the day, to counter increasing demands for physical distancing.

Central Elgin engaged consultants to develop a Waterfront Master Plan. It will determine the future use and configuration of the 13.6-hectare harbourfront lands for the next 15-to-20 years.

To date, information gathered from online participants generated three concept design options and the consultants identified some “key directions” for a preferred concept.

Central Elgin Council has appointed its former chief administrative officer (CEO) to serve on the municipality’s heritage committee. The heritage committee report presented to Council on April 11, 2022 stated Don Leitch was approached about the appointment at the time of his 2021 retirement.

“Don has now come forward and agreed to serve,” the report continues. “Due to his keen interest in local history and his strong knowledge of the heritage act, the municipal heritage committee recommends to Council the appointment of Don Leitch … “.

He was the Village of Port Stanley’s Administrator and Clerk-Treasurer for eight years, and Deputy Clerk for seven months. The village was ultimately amalgamated into Central Elgin.