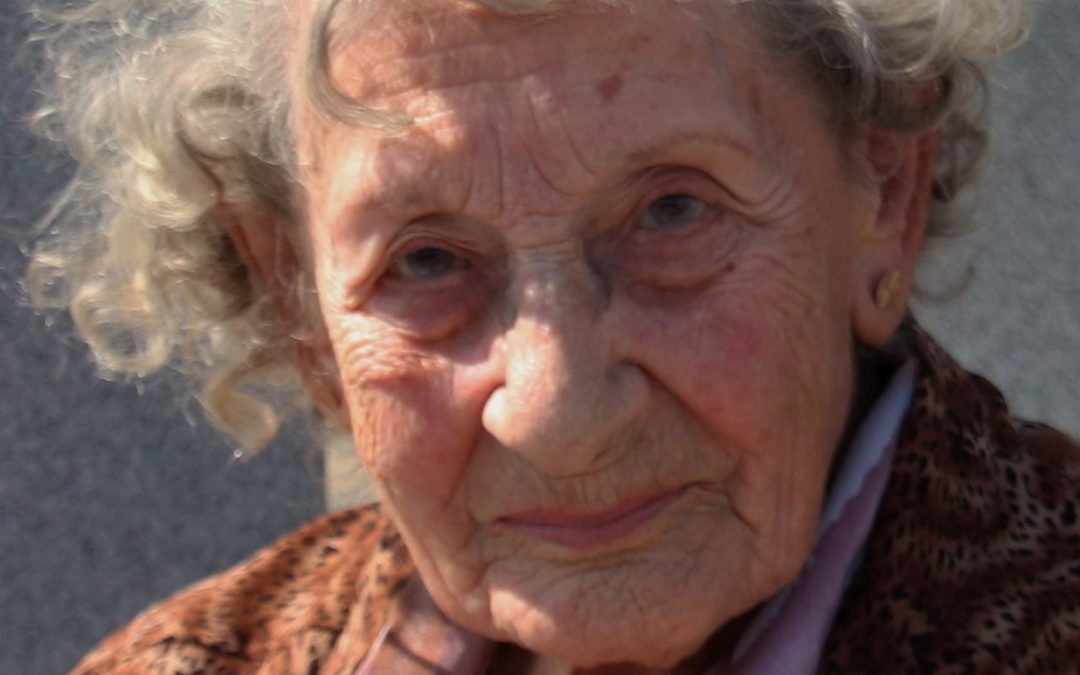 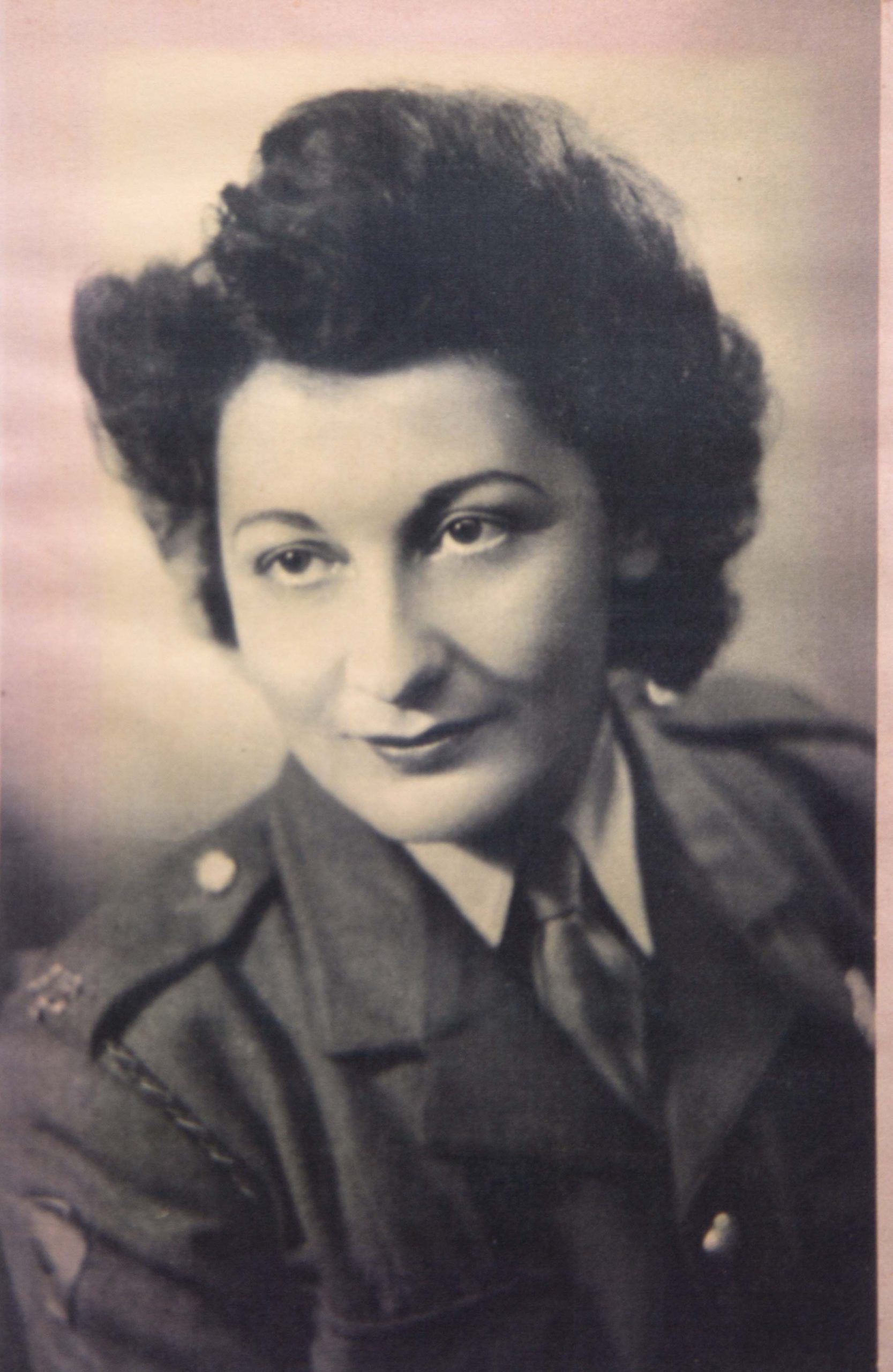 The Friendly Legion’s eldest member has some sage advice for the community as she prepares to join upwards of 200 members and spouses at Port Stanley’s Branch 410 this weekend for the Royal Canadian Legion District ‘A’ Spring Convention.

“We have to be a bit more tolerant of each other,” Port Stanley’s Barbara McLoughlin said in an interview. She turns 102 years old on July 1, 2022. “We should listen first, before we speak.”

Branch 410’s sole surviving Second World War veteran, McLoughlin and her inspiring story and images are featured in the Spring Convention’s program. As an added treat – and surprise – she plans to attend the Legion’s Act of Remembrance Parade on Sunday at 11 a.m., with Parade Marshal Len Maynard. (Some locals had been concerned McLoughlin was unable to attend.)

“I’m still here,” she said with her characteristic endearing smile and charm. “I’ve been blessed with good health,” although lately, McLoughlin has remained indoors due to the inclement weather.

The Spring Convention – under co-chairs Art and Caroline Mayo – is centred around the Port Stanley Arena and Community Centre, on Carlow Road, and the Branch 410 headquarters, on George Street. Socializing, of course, is one of the main preoccupations at conventions, however, the agenda is loaded with Legion elections and business issues. 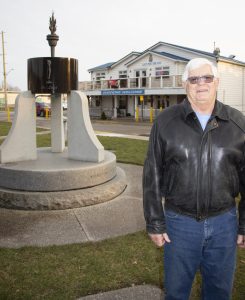 “It will hopefully be an economic boost for Port,” said Rich McClenaghan, 75, President of Branch 410. He’s been a Legion member since 1989. “The restaurants, motels and shops will benefit. I hope the convention people will enjoy our great village.”

The Royal Canadian Legion has about 250,000 members in 1,350 branches across the country. Membership in the not-for-profit veterans’ organization has fallen from about 604,000 members in 1984.

Legionnaires still contribute millions of volunteer hours to their communities each year, but many branches are struggling financially. More than 80 per cent of members are over 55 years old and younger veterans, including those from Afghanistan, do not seem interested in joining.

In its 43th year, Branch 410 is bucking the national trend, attracting about 400 members, a number it has maintained since at least 2008.

“My wife Betty and I have been going to conventions for years,” said Morgan Kennedy, Branch 410 Past President. “It’s always nice to see everyone again. A lot of people we know come. It’s something like a home-coming.

“A lot of the wives stick together and they go shopping,” added Kennedy. “It helps the community.”

Branch 410 offers a wide range of inter-Legion games and sports that appeal to people of all ages. Three board rooms accommodate member events and various community organizations. Its popular patios are a sought-after summer venues for entertainers. Weekly draws generate money for community outreach. There’s also a bottle return centre at the rear of the building and of course, there’s the bar.

The organization dates back to the Canadian Legion of the British Empire Services League, incorporated by a special Act of Parliament in 1926. Legion membership grew throughout the ’30s and then expanded rapidly following the Second World War. In 1960, Elizabeth II granted the organization royal patronage and it became the Royal Canadian Legion.

Membership was once restricted to people who had served in the military, as well as the Royal Canadian Mounted Police (RCMP), provincial and municipal police forces, Royal Canadian Air, Army and Sea Cadets, or direct relatives of members and affiliated members. Today, branches that are open to the general public are the strongest.

Port Stanley was granted a Legion charter on January 19, 1979 and the first Remembrance Day service was held November 11, 1979. Veterans had already been meeting at Lloyd Stevenson’s Colborne Street home for some time, later moving to the house on the northwest corner of Colonel Bostwick and Hetty streets. Eventually, Branch 410 bought the coal and lumber yard originally owned and operated by Ezra Fahner. In October 1978 the building was dubbed “The Last Post.” The Cenotaph Park was dedicated on September 27, 1986.

Regrettably, McLoughlin’s imminent return to Branch 410 comes against the backdrop of Russia’s horrific invasion of the Ukraine. It conjures memories of her own experiences, seeking shelter from air raids that terrorized her hometown Devon, England, during the Second World War. The German Blitz bombing campaign in 1940 and 1941 sent McLoughlin and hundreds of thousands of Brits running for protection into bomb shelters.

“It certainly does,” said McLoughlin. “You don’t want to go through another war.

“In the (Second World) War, you would think, ‘I wonder if we’ll wake up in the morning’,” she said. “You never knew which one was coming down for you. It was scary.”

McLoughlin doesn’t think much of Russian President Vladimir Putin. “I’ve never trusted him.” When speaking of the war in the Ukraine, McLoughlin borrows a phrase from former California Senator Hiram Johnson (1866-1945), who once said during the First World War: “The first casualty, when war comes, is truth.”

“You have to look at (current events) and pick it over for the truth,” cautions McLoughlin. 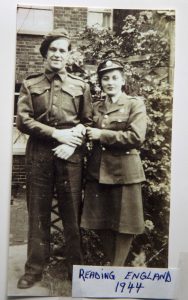 McLoughlin was born and raised in Devon. On September 2, 1942, at the age of 21 years, she received a conscription letter and served from 1942 to 1945, leaving behind a job as “soda fountain dispenser,” whipping up ice cream dishes and other treats.

She was stationed in Redding, 10 miles south of Oxford, at Didcot Ordinance. There she met her eventual husband, William McLoughlin. He was a cotton mill worker when he received his conscription notice in September 1939. Her husband was trained to serve as a medic and travelled extensively throughout Europe, the Middle East and Africa. He joined the D-Day forces on landing craft tank LCT 17.

The couple moved to Canada in 1963 with their three children, Margaret, Ann, and Kathleen. Her husband was felled by a heart attack at age 82 years in 2001.