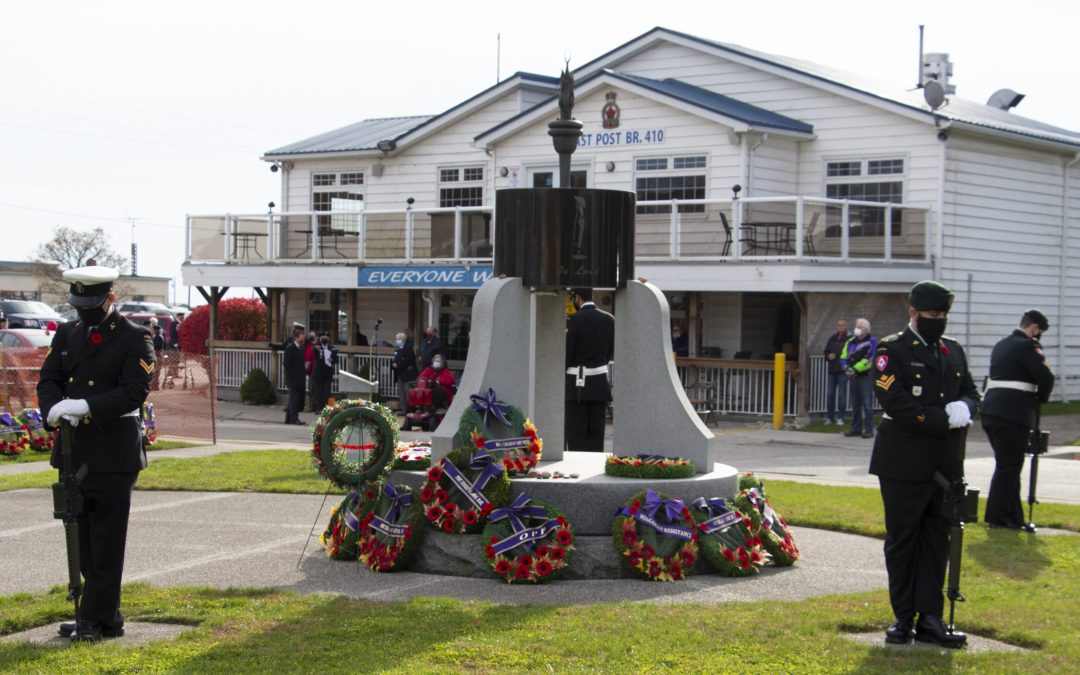 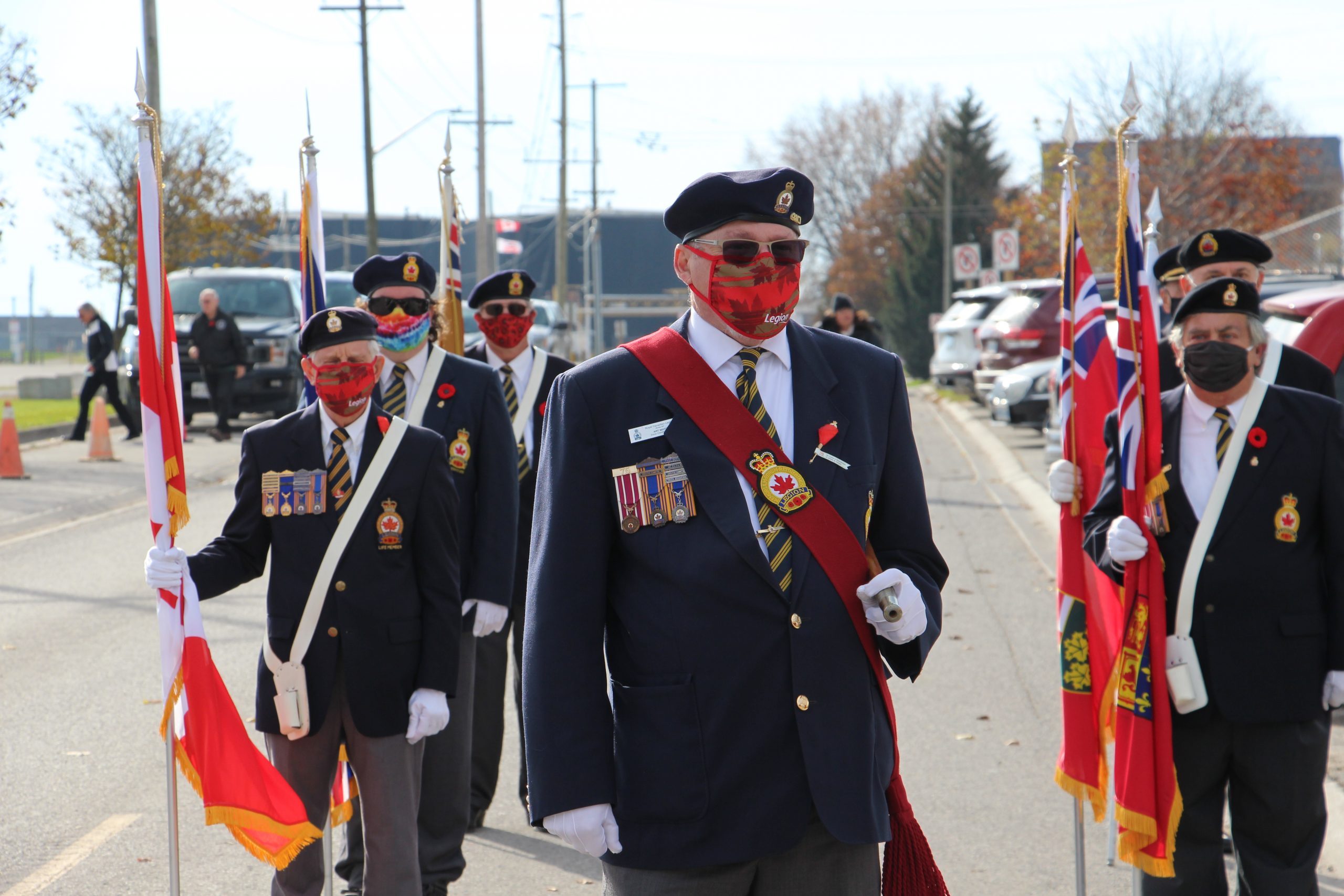 Port Stanley residents contemplated Canada’s war efforts today during a solemn Remembrance Day ceremony held at the Royal Canadian Legion Branch 410. About 70 million people fought in the Second World War, including more than one million Canadians and Newfoundlanders. Some 45,000 Canadian men and women died and another 55,000 were wounded. About 16,112,566 Americans served during the Second World War, with 405,399 killed and 671,278 wounded. As of 2020 in the U.S., there were only 300,000 surviving U.S. veterans. Veterans Affairs Canada paints a similarly bleak picture of veterans’ diminishing numbers here. 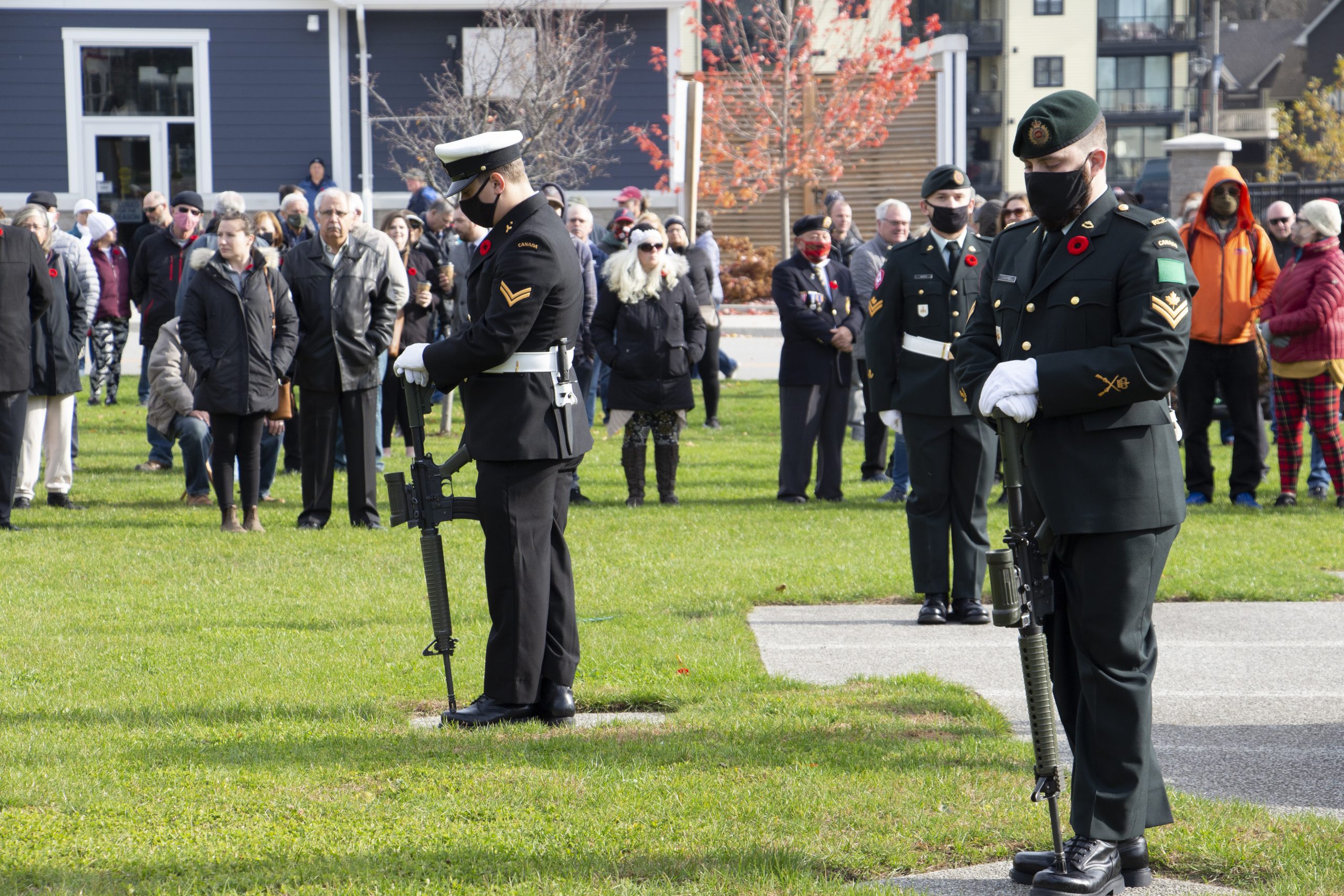 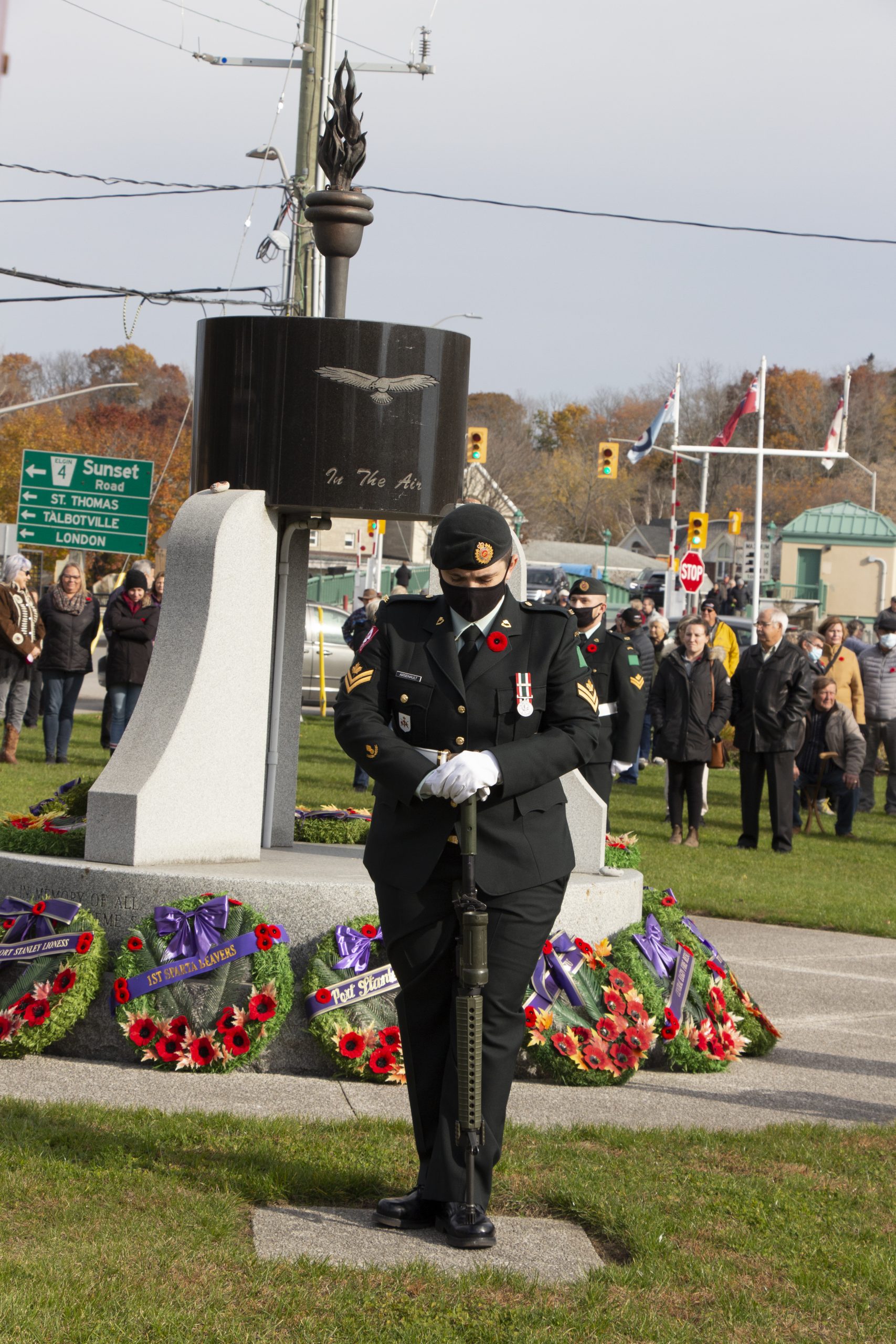