Port Stanley Harbour: ‘Time is of the Essence’ 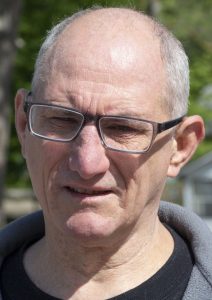 By Dan McNeil
“Time is of the essence” is a legal term found throughout the divestiture contract dealing with the ownership of Port Stanley’s harbour. It is a term that should be taken to heart by the ratepayers of Central Elgin. We are encumbered by the provisions of the agreement. Therefore, we should be knowledgeable about our opportunities and potential liabilities contained within the specified time frames. The expression indicates that the ‘parties’ must perform by the times given if a delay may cause some material harm.

September 2010 was an important 10th anniversary of the acquisition of Port Stanley’s harbour from Transport Canada. The “Agreement to Transfer” closing document is dated September 8, 2010. This Divestiture Agreement is extremely complex with multiple annexes and schedules that outline in archaic legal language obligations of the main two parties. The new owner is Central Elgin called in the documents the “Port Operator.” Transport Canada is represented by the Crown, called in the documents “Her Majesty.”

The importance of the 10th anniversary relates to timelines in the agreement dealing specifically with the “Operating Agreement” and the “Contribution Agreement”. These provisions will be completed in a specified time limit of 20 years. The Contribution Agreement in Appendice F gives the Port Operator: “Thirteen million, five hundred and fifteen thousand, nine hundred dollars ($13,515,900.00) in Canadian Currency.” This money can only be spent on “eligible expenditures” outlined in the contract, and, must be spent by the 7th day of September 2030. Any money remaining after that date must be returned to Her Majesty. Central Elgin was given more discretion in spending money earned as interest from the capital.

Fear not, no money will be returned. Central Elgin spent millions more than that $13.5 million including interest earned over the years in well invested bonds. There is very little money remaining in the Harbour Fund. Fortunately, it has been spent wisely, and with diligence. Transport Canada’s auditors have verified annually all expenditures on the harbour to the point they would not allow the capital money to be spent on the necessary improvements to make the re-built breakwater “pedestrian friendly” (i.e. lighting, guardrails and other safety equipment).

There is general agreement that the changes to the harbour over the last 10 years have been positive and even transformational. An industrial age harbour is now a fisheries and recreational port where pedestrians and cyclists reign. Where there might be a bit of controversy is how much this change has contributed to the recent suburban development in the village. There should also be some concern about where the money will come from for future dredging and harbour maintenance.

The next article will exam how “time is of the essence” applies to the “Operating Agreement,” the “Environmental Risk Assessment” and to the potential future development of the harbour lands. Having re-examined in detail the 10-year-old Divestiture Agreement there are some aspects that are most revealing with 10 years of experience behind us.