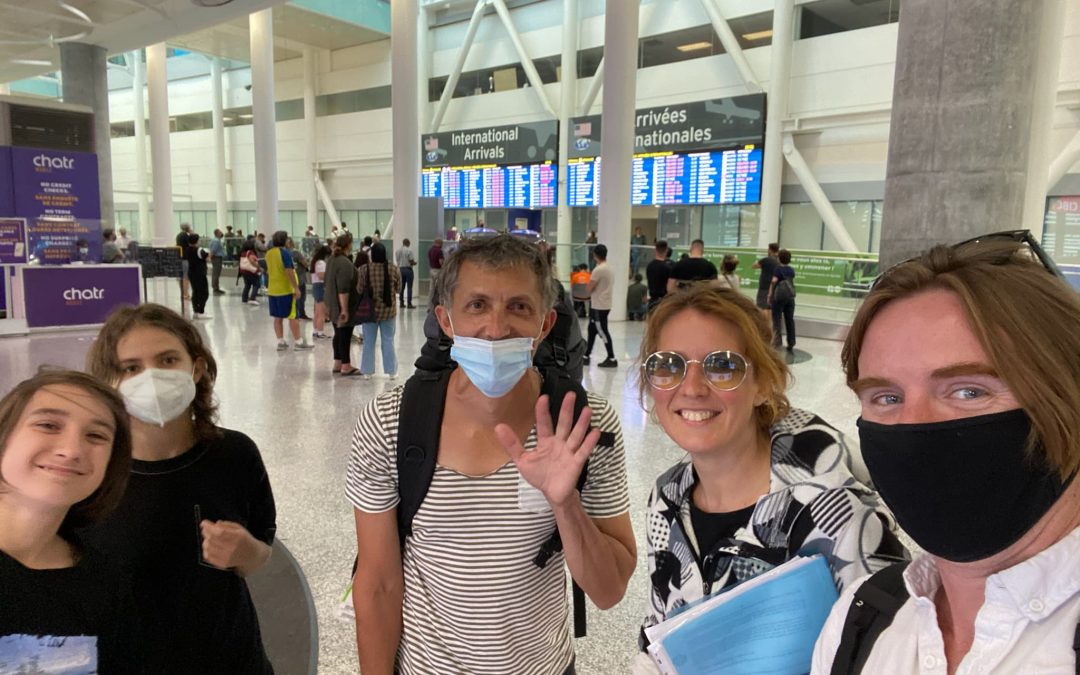 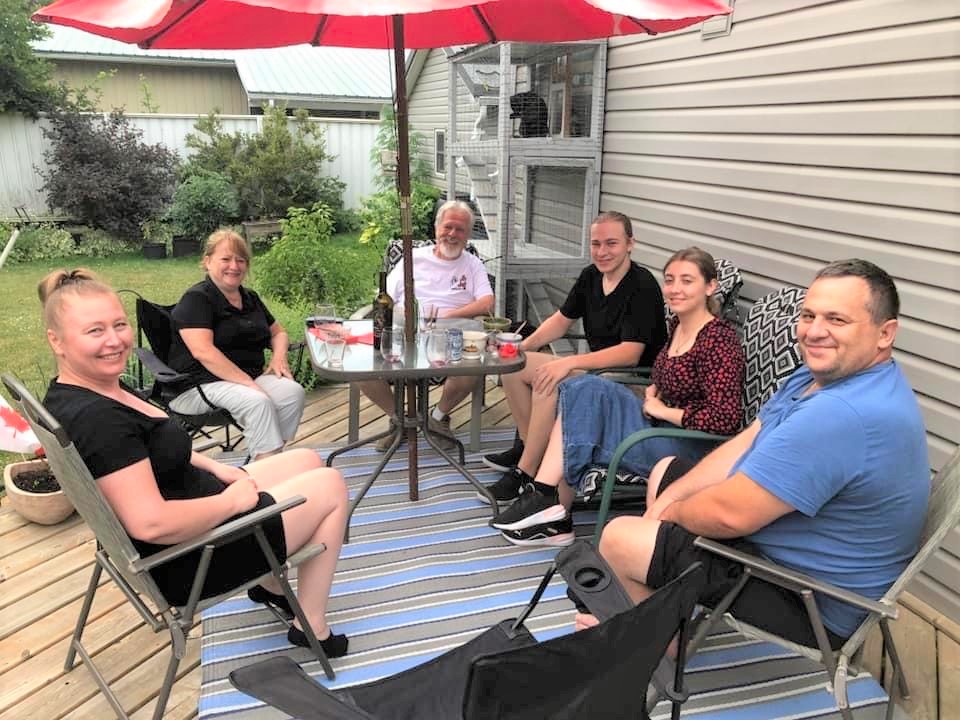 Top photo, left to right, Bohdar and Sofia, alongside their parents, Maksym Nechytailo and Irina Koval were happy to finally meet Marshall Smith today at Lester B. Pearson International Airport. Above left to right, Oksana joins Christine and Greg Ford on the patio, with Vadym Jr., Tania and Vadym Sr.

They’re finally here and – as it turns out – they’re not the only Ukrainian family that has fled from the Russian invasion of their homeland and come to Elgin County.

Besides Maksym Nechytailo, Irina Koval and their two children, Sofia and Bohdar – who arrived in Canada today, with the support of Ana and Marshall Smith – there are two other Ukrainian families which were also welcomed recently into the Port Stanley homes of local benefactors. 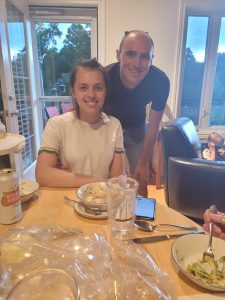 Oleksandr Kravets and his wife Kristina.

Oleksandr Kravets, his wife Kristina and their two-year-old son Gregori, arrived on July 31, 2022, with the support of Malcolm and Jennifer Chadwick.

Christine and Greg Ford welcomed Vadym Jr. and his girlfriend Tania into their Port Stanley home on July 8, 2022. Vadym Sr. and his wife Oksana, are staying with another Port Stanley host, Michele Horton. (The Fords did not release the family name of their guests, who hail from the City of Mariupol.)

“I am freaking out,” Ana Smith said at 3:28 p.m. today, minutes before her guests were to arrive at Lester B. Pearson International Airport. “I can’t believe this day has finally come.” 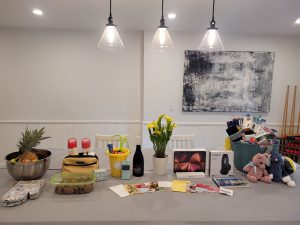 By 9:15 p.m. the emotions reached a peak: “They just got here … very tired but so grateful. When we showed Iryna the welcome items, it brought tears to her eyes.”

In March, the federal government created the Canada–Ukraine authorization for emergency travel (CUAET), to fast-track immigration for Ukrainians.

“A long story shortened, we kind of live by the saying ‘if not me then who, if not now then when, if not here then where’,” said Greg Ford.

Greg and his wife got the ball rolling on Facebook several months ago. Vadym Sr. has already found a job at a St. Thomas automobile service station. Tania is starting a part-time position soon and Vadym Jr. has a job interview on Friday. Oksana is still waiting for a work visa. CUAET qualifies them for a three-year work visa and their plans are to work towards permanent residency.

“We agreed to host them for up to three months – could be shorter, could be longer,” he said. “We pretty much pay for everything, including free housing, most food and rides to and from appointments and work.

“We knew this going in,” added Ford. “It is very exhausting for us, but we have met some incredible people.

“Our friends and family, and a whole lot of complete strangers, have stepped up with donations of money, gift certificates, furniture and clothing,” he continued. “This is a great community and country we live in and we are so proud we can help. We trust that some day, they will pay it forward and stick their hand out and help others in need.”