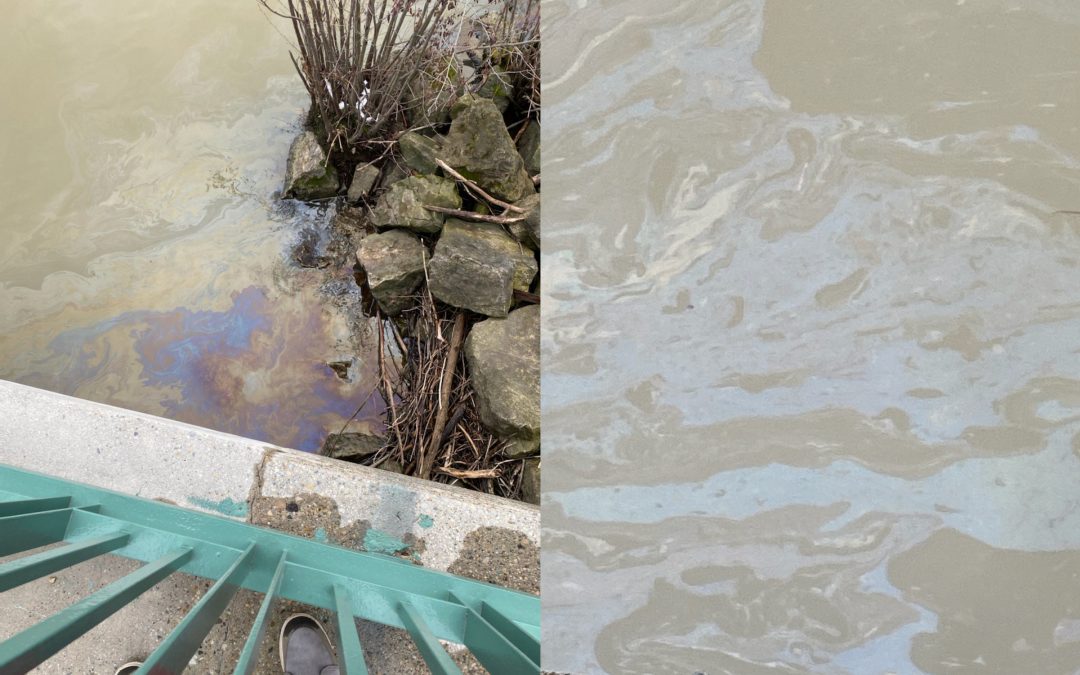 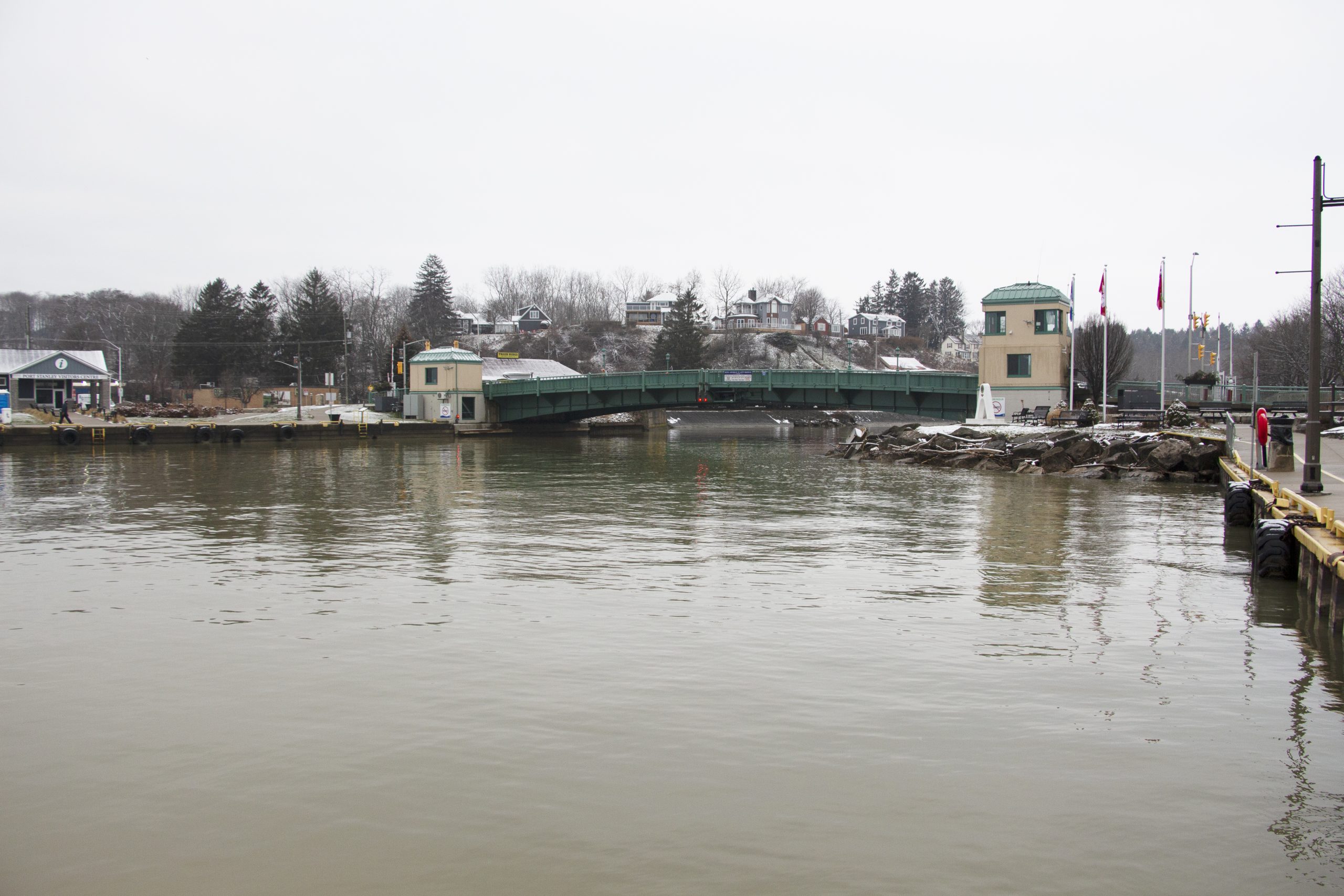 An oily slick on Kettle Creek has alarmed Port Stanley residents and triggered an investigation by the Ontario Ministry of the Environment, Conservation and Parks (MECP).

While the source of the blueish, milky film remains elusive, Central Elgin Fire Chief Ray Ormerod said it appears to extend from a point upstream of the King George VI Lift Bridge, south toward the harbour entrance on Lake Erie.

“The problem is trying to find where it is emanating from,” said Chief Ormerod. He walked the railway tracks north of the lift bridge on Tuesday, but “we couldn’t see where it started.” Later in the day, MECP investigators were also unable to locate the source.

“I spoke to the Ministry (Wednesday) and they’re trying to locate where it’s coming from,” he added. “I suspect it is some kind of fuel oil.”

MECP did not provide an immediate response to Beacon inquiries. At 7:40 p.m. tonight, Ministry spokesperson Lindsay Davidson said: “I am still working on getting you the information for your story.”

“I had contacted the fire department (on) Tuesday, December 28, 2021 about an oil slick that appeared in (Kettle Creek) from the bridge to the harbor entrance,” said Ed Finlan, a local resident, sailor and Commodore at Port Stanley Sailing Squadron. Several local residents have also raised a red flag on Facebook. One man approached Chief Ormerod when he was on site.

“You could smell the oil,” added Finlan. “It was that heavy in the water.” He notified Central Elgin Fire and Emergency Services.

The Ontario government encourages citizens to report pollution and spills. An International Joint Commission report on spills sets out the serious impacts of ecological mishaps.

A study entitled Potential Ecological Impacts of Crude Oil Transport in the Great Lakes Basin describes the serious impact of spills including: poisoning of phytoplankton and zooplankton, as well as bottom sediment organisms; increased deformities and developmental delays in fish; detrimental impacts on the survival of amphibians, reptiles and semi-aquatic mammals; and diminished bird populations. 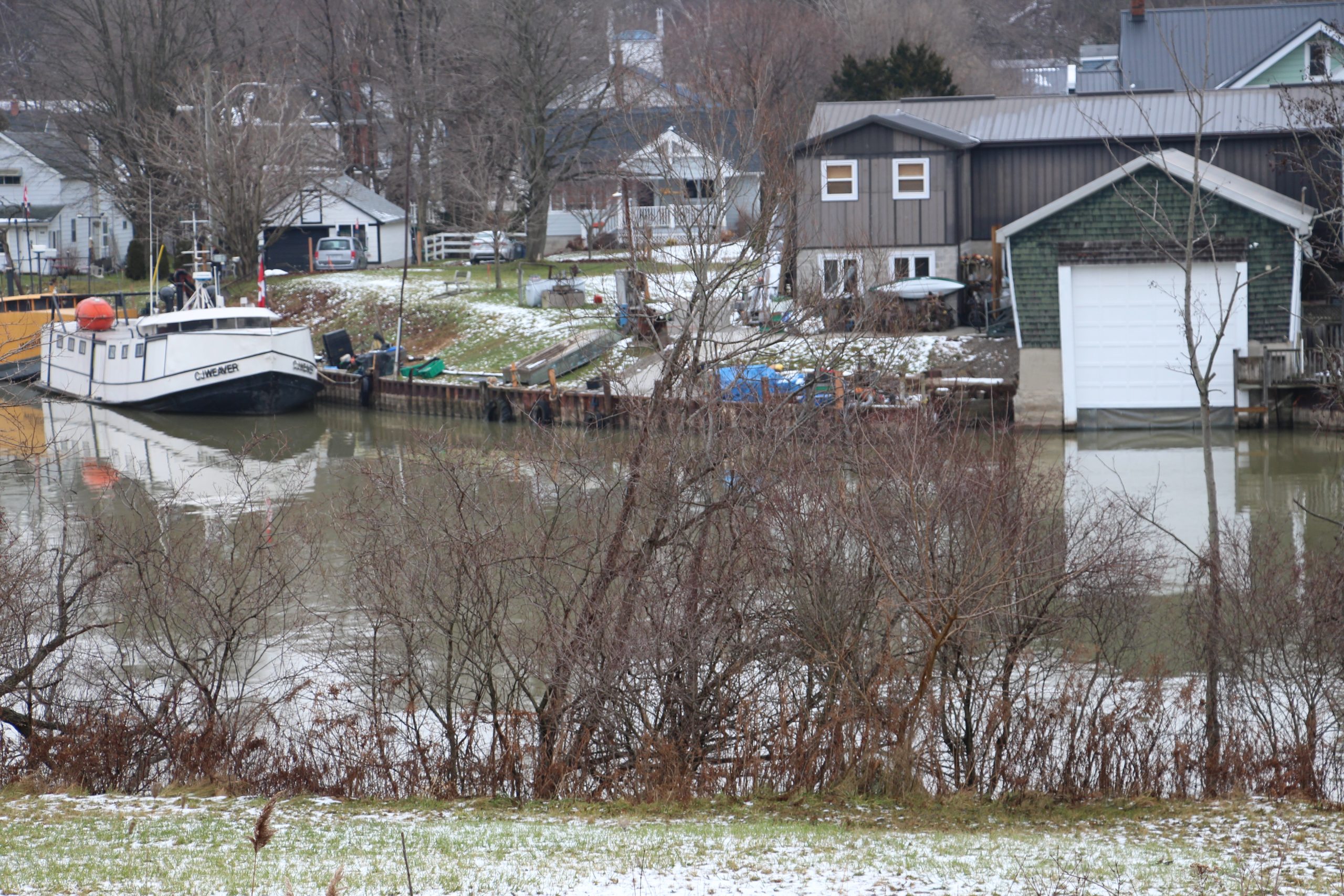 The source of the blueish, milky film remains elusive however it appears to extend from a point upstream of the King George VI Lift Bridge, south toward the harbour entrance on Lake Erie. 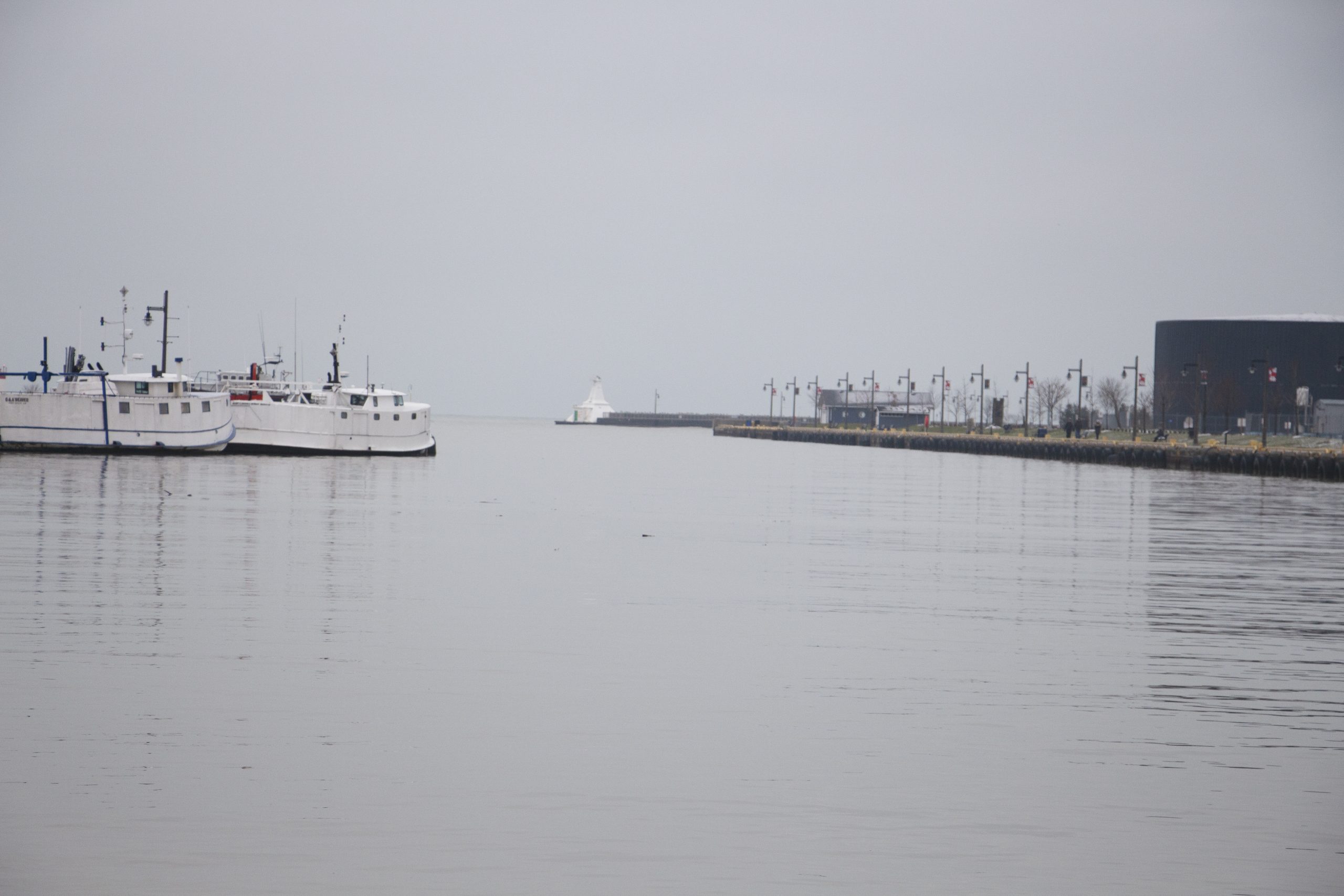