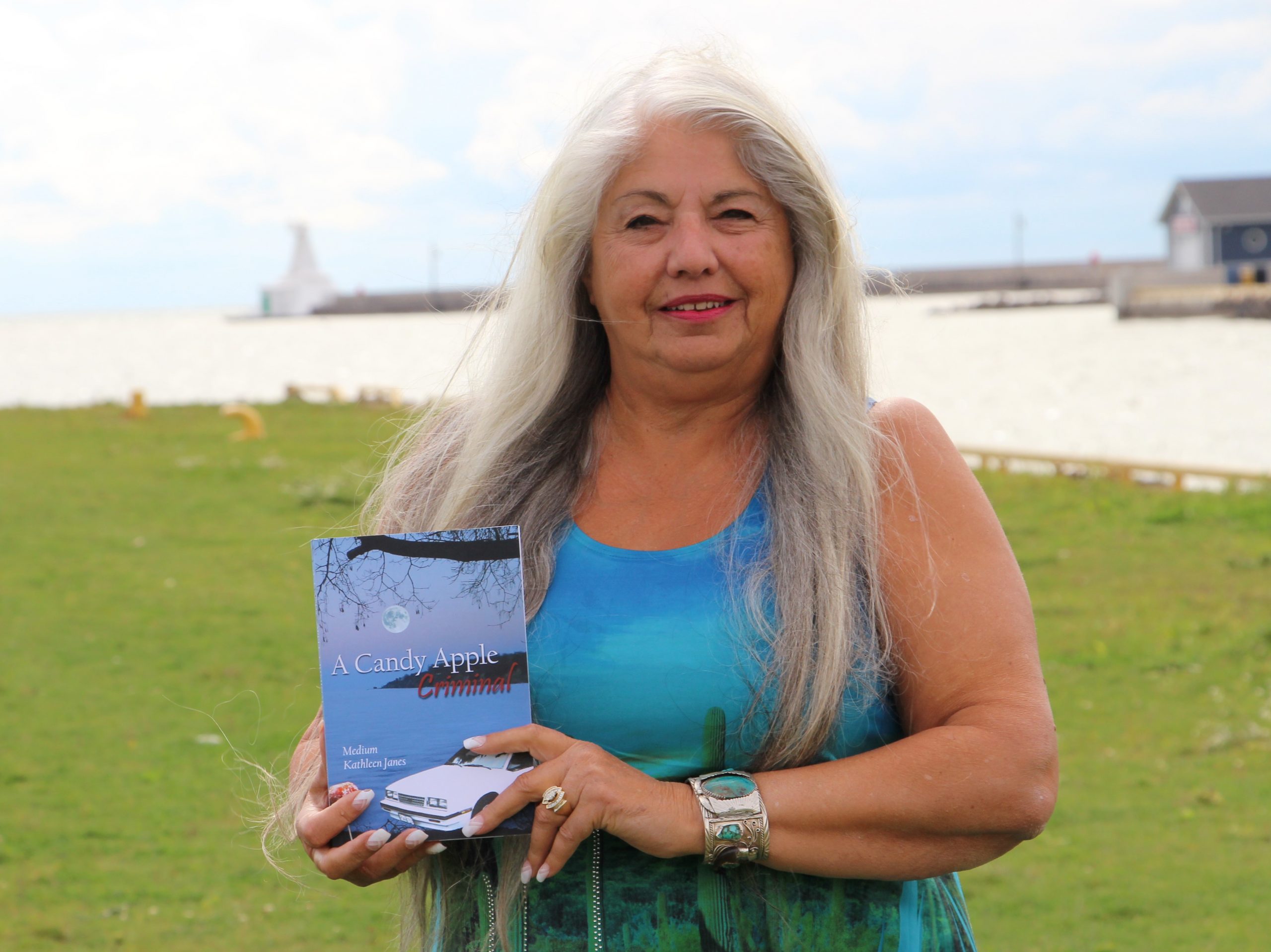 Most everything that could go wrong, did go wrong in Kathleen Janes’ pursuit of the Port Stanley resident’s literary passion.

The fledgling author’s A Candy Apple Criminal, Book One of The Car Lot Chronicles, has been published by Amazon Kindle and is available online at the Kindle Store https://www.amazon.ca/b?ie=UTF8&node=2972705011 .

But it was a long time coming. Janes, 67, a retired marketing executive, moved here in 1985 and first put pen to paper in 2004, developing “a story that had been rolling around in my mind for a long time.”

At the time, she was running her late husband, Dick Astridge’s used car lot and garage, in Belmont, but Janes still took the story outline to about 80 pages.

“As the story goes,” Janes recalled in a recent interview, “life just got in the way. My mother died, my husband died, and the story just sat there (on a computer hard drive). When Dick died in 2011, I promised myself that I’d publish it,” but the obstacles were still overwhelming.

“Since last November, I had taken it from 80 pages to 283,” she added. In June, Janes emailed a copy to an old friend of hers, Ruth Cooper, an editor in Tobermory.

Miraculously, Janes found an old email, with a clean copy of the story and sent it to Cooper. It’s now live on Kindle.

“I’m very proud that a few people have contacted me, saying I’ve inspired them to do something they’ve had tucked away,” said Janes.

“With this book, I want to leave something of me here, and I want to inspire other women to go ahead and write the frickin’ book,” she exclaimed. “Everybody has a story. If it comes from your heart, it’s worth doing.

“I love this town. It welcomed me. I came here as a single woman in my 30s. I was looking for a small community to call home,” added Janes. “By calling (the book) where it is, I hope to pay back this town. If two people come to this village because of my little book, I will be happy.”

A Candy Apple Criminal is set in the ‘80s. A 40-something female, working at a used car lot in Port, meets a stranger and falls for him. Two nights later, she notices a convoy of trucks, and her car gets bumped during a unusual encounter. The next day, she looks at her vehicle and finds a candy apple colored smudge. The mystery starts there.

None of the events or people in the book are real, added Janes, but “it’s Port Stanley and St. Thomas. I use some historic facts and some I make up. I write in the first person. I write like I’m telling a story to one person.

“I write something every day,” she added. “Some days, one paragraph, some days 11 or 12 pages.” Her audience: men and women, of no specific demographic. “It’s not a Harlequin romance novel. I want a man to be able to read it without throwing up.”

Janes is now over 100 pages into writing a second mystery novel. “I know that when I sit down to write, I’m living it. I don’t know where it ends, and I’m thinking that one of my characters is going to have their own story.”