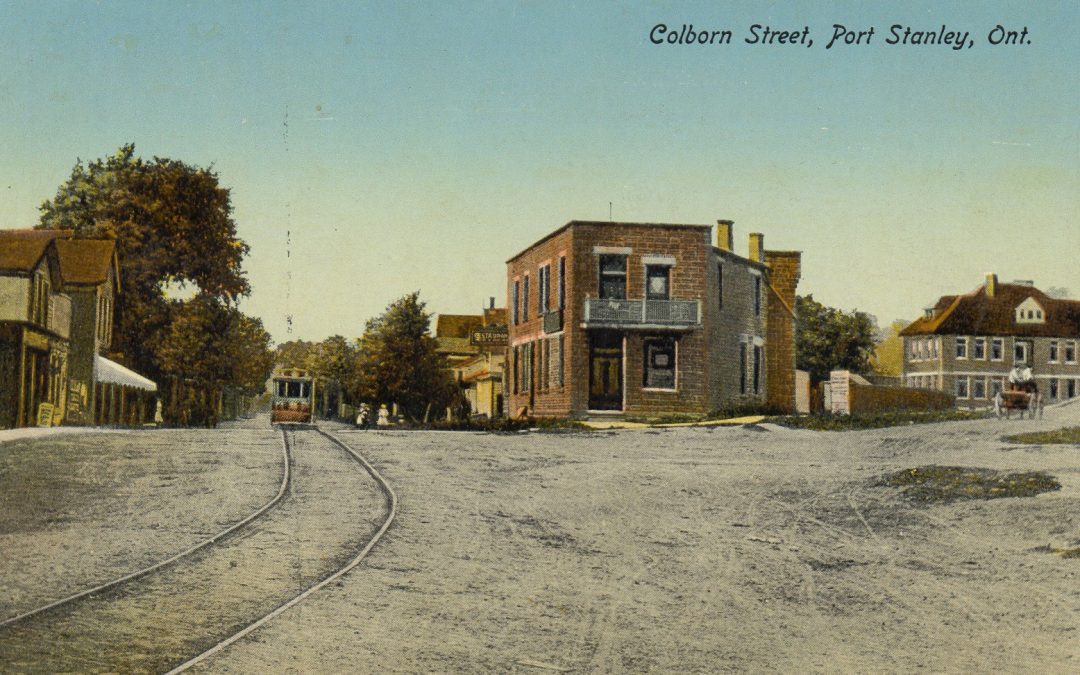 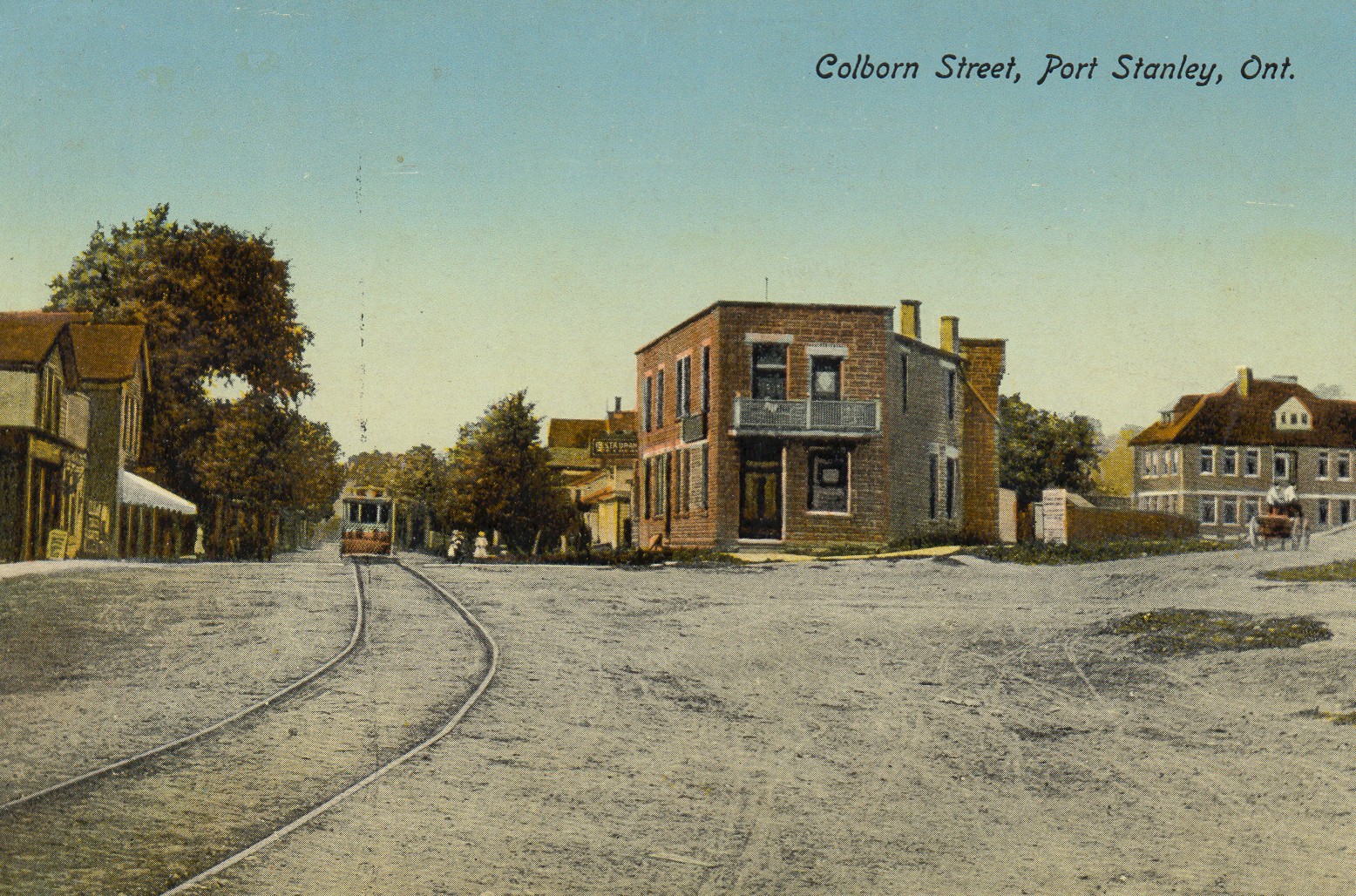 Written history dealing with the early years of Port Stanley is sparse, but postcards have proved an invaluable record of what life used to be like in our then little village. This photograph is on page 16 of the Heritage Port Stanley book entitled, Port Stanley’s Pictorial Postcards, Volume One, 1906-1925, by Craig Cole and comes from the collection of the late Sam Vary.

The photograph was taken from Port Stanley’s main intersection, looking north. Note the horse drawn wagon, starting up the Joseph Street hill, on the right side of the photograph. In 1916, a horse trough was added in front of the bank building, which is the large building in the centre of the photograph.

The building on the right of the photograph was Port Stanley’s third school, built in 1908. Since the horse trough is not yet in place, we can establish the period when the photograph was taken as between1908 and 1916. This would fit the presence of the streetcar in the centre of Colborne Street. The Southwest Traction Company had tracks between London and Port Stanley and in busy years carried in excess of 700,000 passengers.

Many of the postcards from this time period, like this one, were hand coloured black and white photographs. This one was made in Germany. The colourist would probably have been working from the photographer’s notes. In this case, he got things a bit wrong, since we know from other colour images that the school was made from red brick.