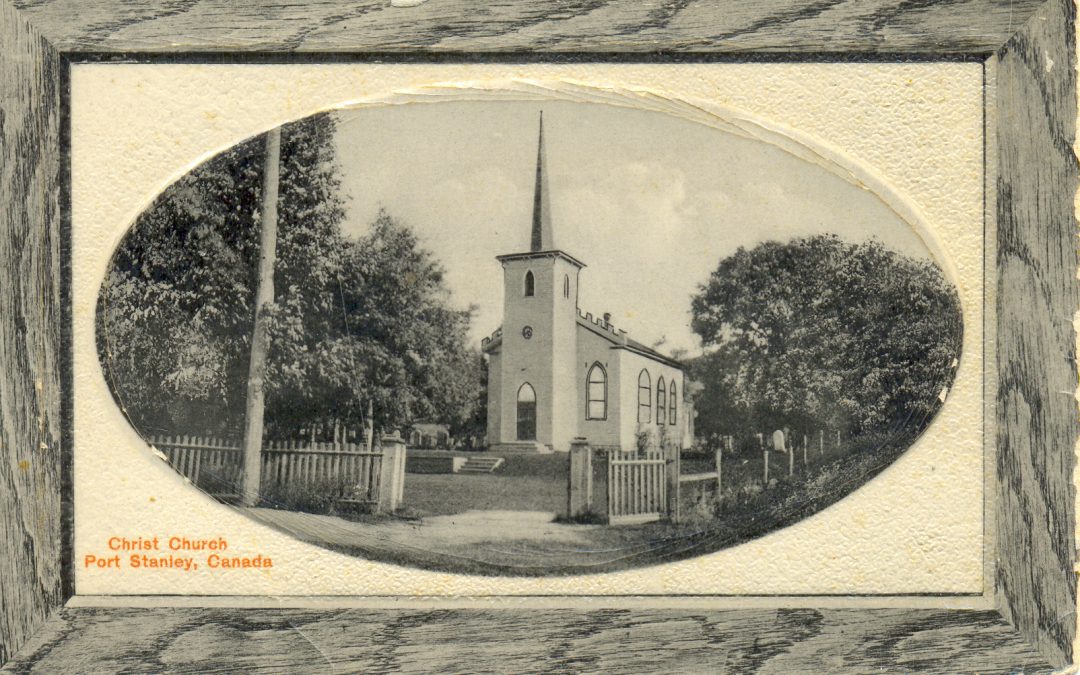 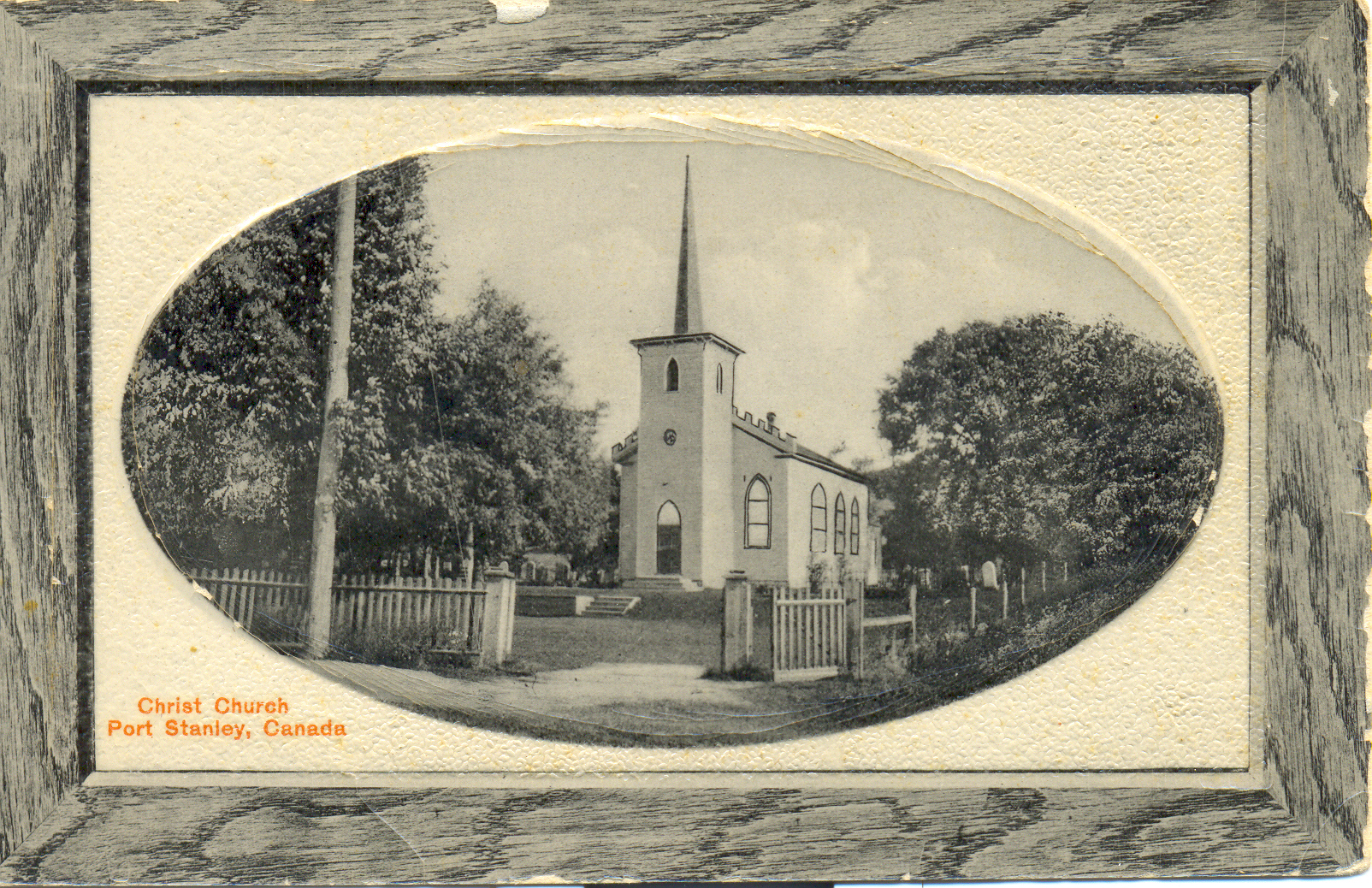 This photograph is on page 69 of the Heritage Port Stanley book entitled Port Stanley’s Pictorial Postcards, Volume One, 1906-1925 by Craig Cole. The postcard is from the collection of Sam Vary. It was published for druggist P.L.R. Scott, of Port Stanley.

The postcard is entitled Christ Church, Port Stanley, Canada. The church opened in June of 1845 on land which had been donated by John Bostwick, Port Stanley’s founding father. It is interesting that John Bostwick’s father, Gideon Bostwick, a graduate of Yale University, was the first permanent minister of the Episcopal Church in Great Barrington, Massachusetts.

Agnes Hepburn, a beloved public school teacher in Port Stanley in the last century, has published a book entitled Historical Sketch of the Village of Port Stanley. She writes, lyrically, of the opening of the church. “June in Port Stanley along the bank of Kettle Creek. When or where could there be a setting more perfect for a celebration – a joyous celebration. Lifting its silver spire heavenward, among the tall elms, its bell pealing from the belfry and echoing over the valley and its wide doors open to admit the eager worshipers and the fragrance of the June blossoms stood the new sanctuary.”