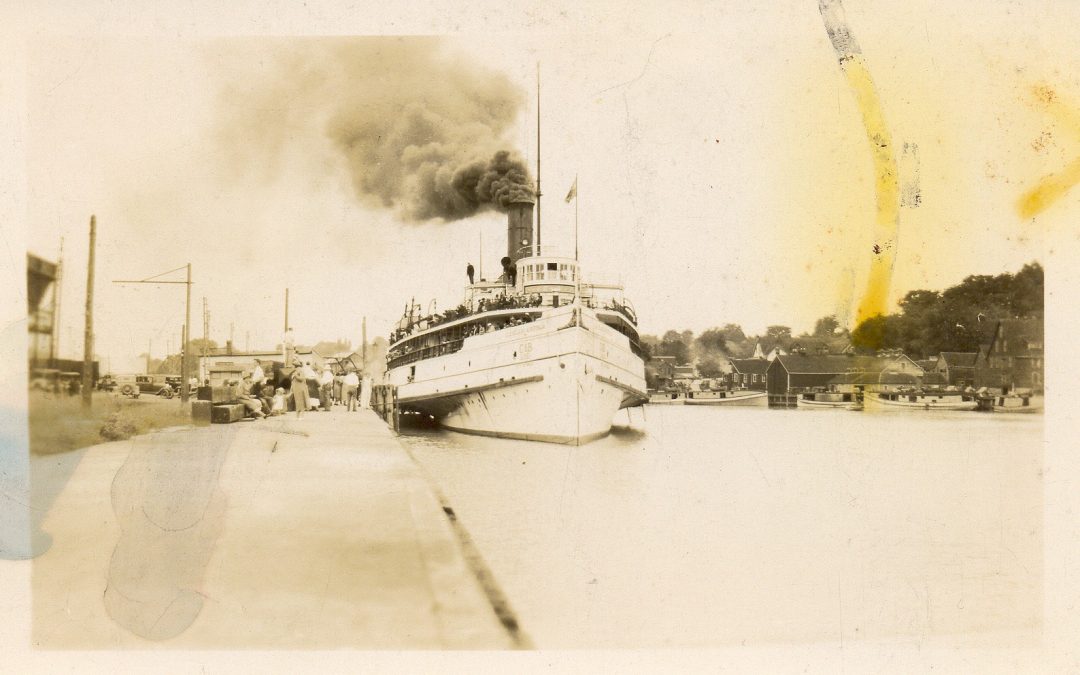 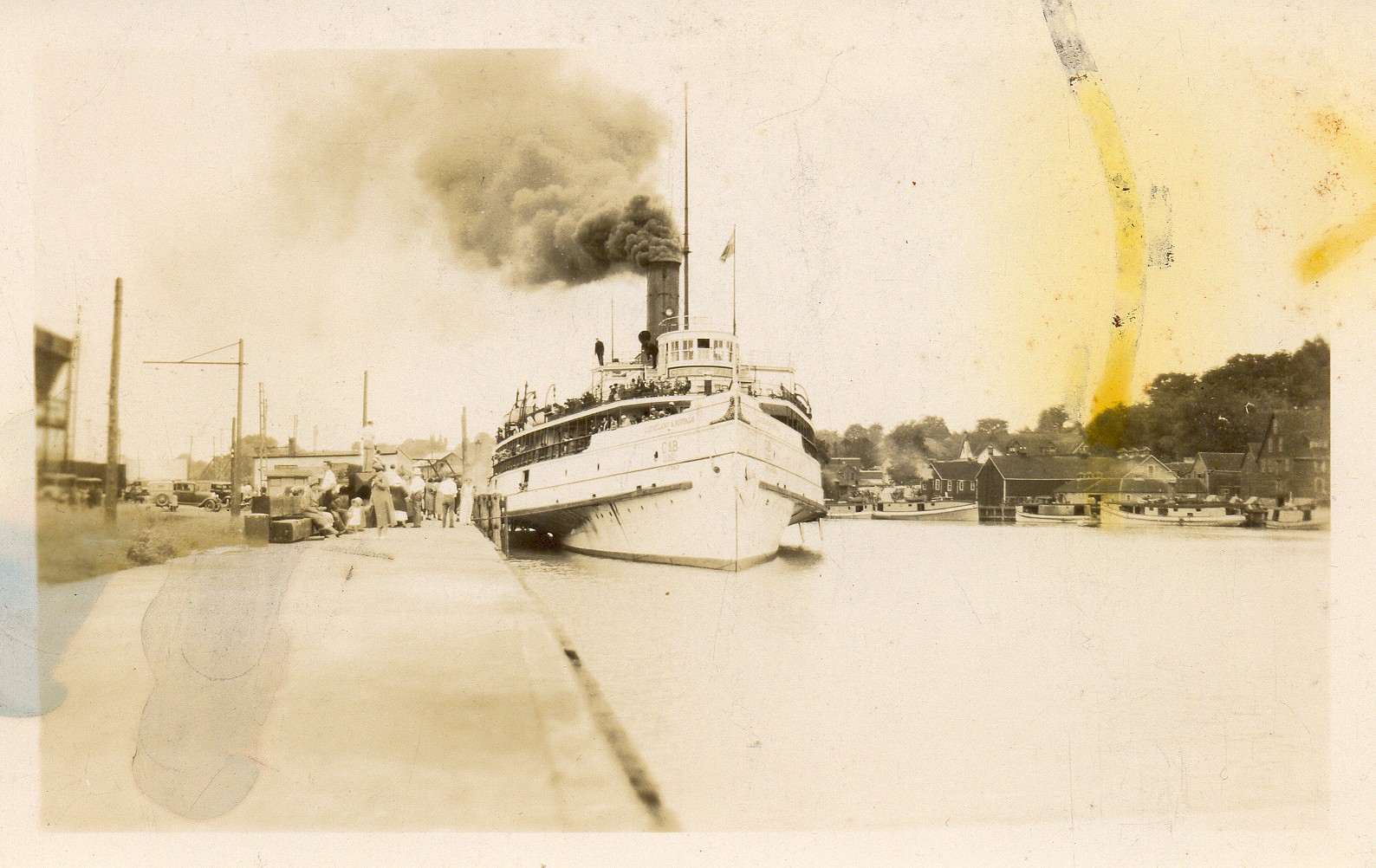 This photograph is on page 53 of the Heritage Port Stanley book entitled, Port Stanley’s Pictorial Postcards, Volume Two, 1926-1960, by Craig Cole. The postcard is from the collection of Sam Vary.

There is no postmark or address on the postcard, but it probably dates from the 1930s, and shows the City of Erie steamship docked at Port Stanley’s west pier.

The City of Erie was launched in 1898 and operated by the Cleveland and Buffalo Transit Company. She was a 316-foot long sidewheeler steamboat which was said at the time to be one of the fastest ships on the Great Lakes.

During the years when she was transporting passengers from Cleveland to Buffalo, she was nicknamed the Honeymoon Express because of the number of her passengers who were headed for Niagara Falls.