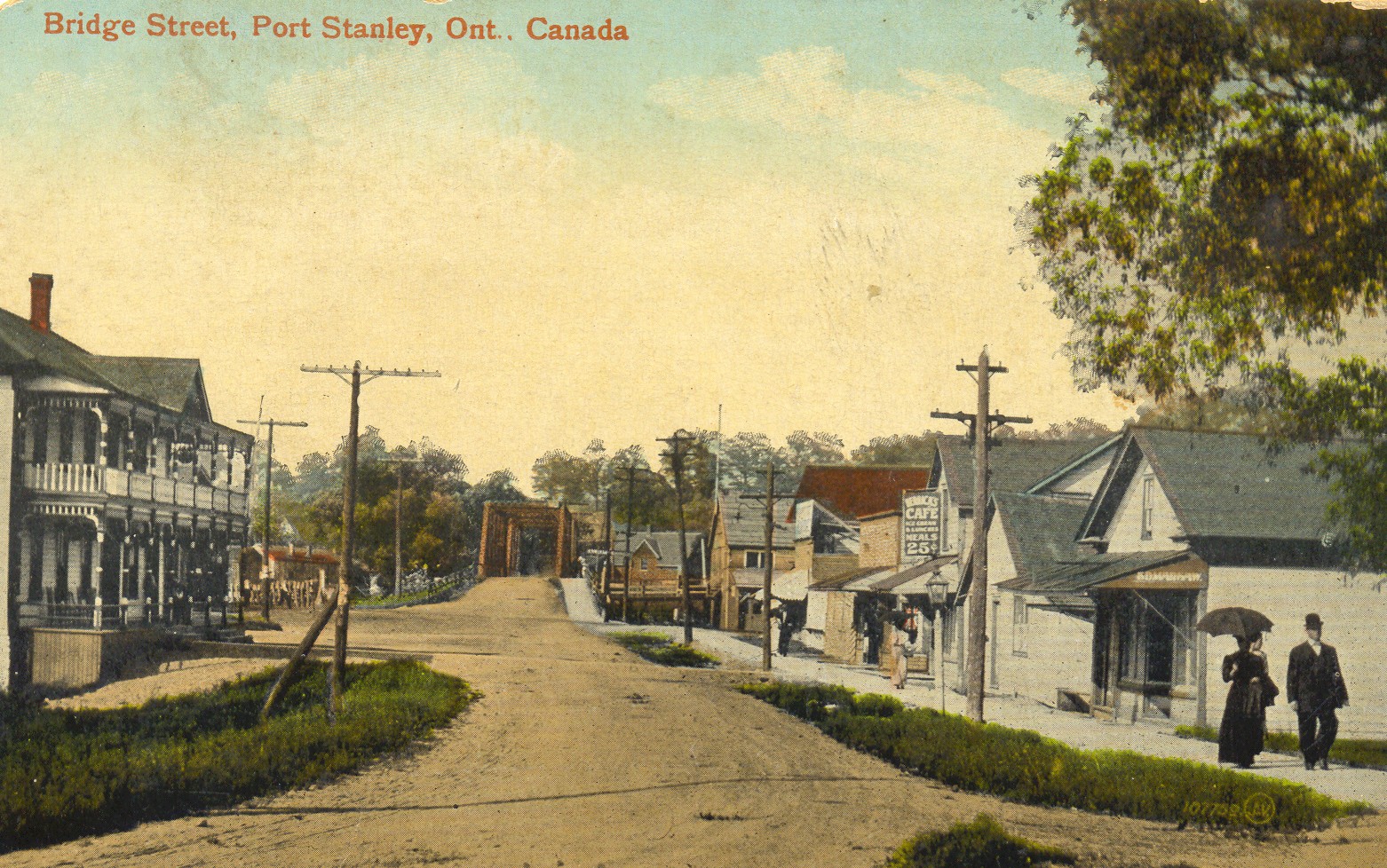 Written history dealing with the early years of Port Stanley is sparse, but postcards have proved an invaluable record of what life used to be like in our then little village. This photograph is on page 28 of the Heritage Port Stanley book entitled, Port Stanley’s Pictorial Postcards, Volume One, 1906-1925 by Craig Cole.

The building on the left in this postcard was the Franklin House Hotel which was built in the late 19th century and was destroyed by fire in 1918. It is the site of the present LCBO. Since the one cent stamp on the back of the card did not come into use until 1912, it would be reasonable to assume the date of this photograph to be between 1912 and 1918.

The sign on the restaurant across the street from the Franklin House reads, “Herrick’s Café, Ice Cream and lunches. Meals 25 cents. The lamp on the electric pole may have been a converted gas lamp. Port Stanley got its first electric lighting system in 1906. The parasols carried by the lady pedestrians were probably designed to protect them from the harsh rays of the sun.