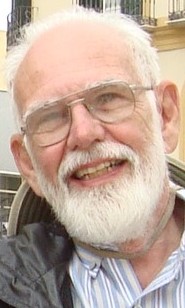 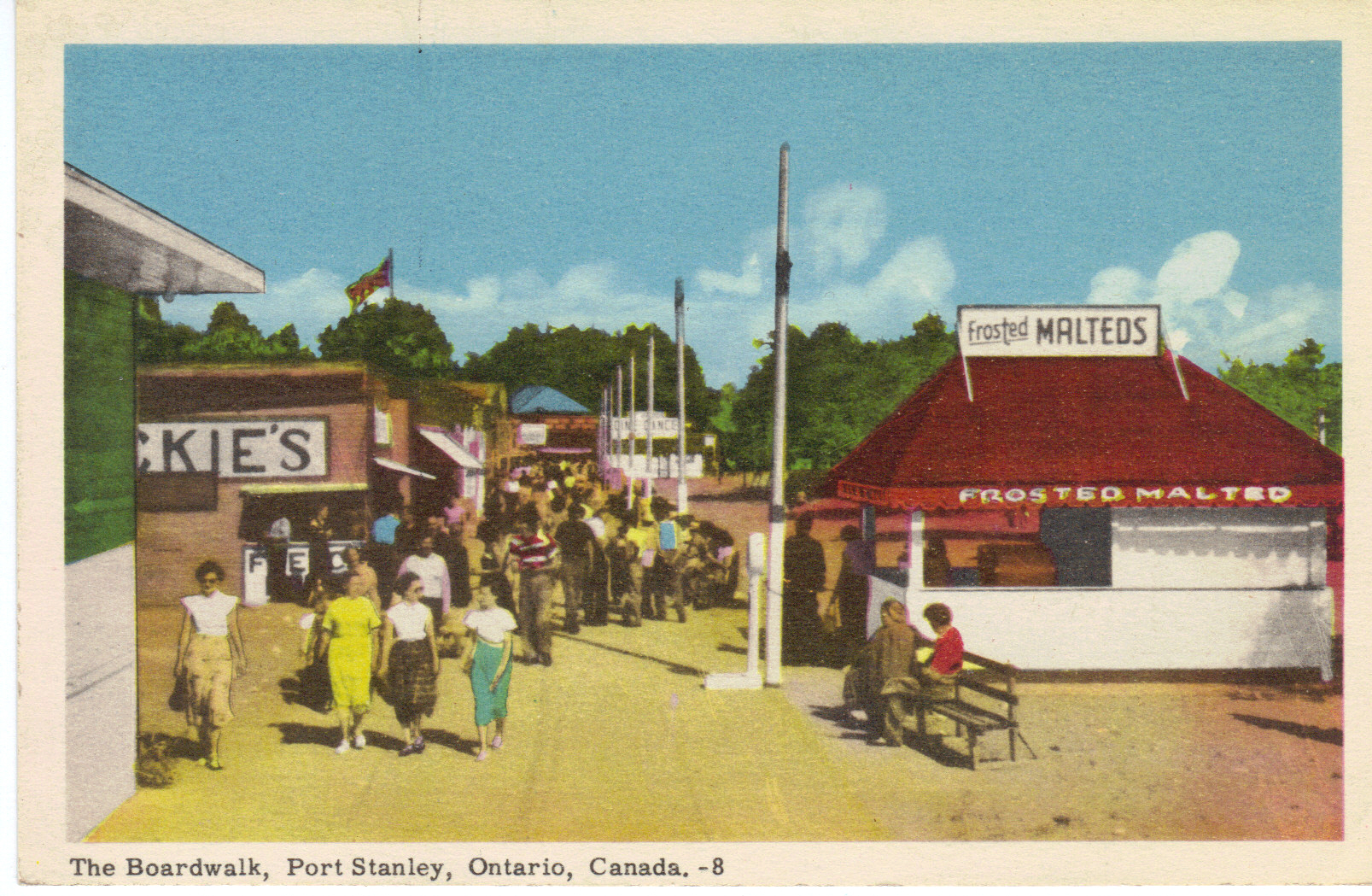 This photograph is on page 103 of the Heritage Port Stanley book entitled, Port Stanley’s Pictorial Postcards, Volume Two, 1926-1960, by Craig Cole. The postcard is from the collection of Ron Blair.

Some of us are old enough to actually remember Port Stanley’s fabled boardwalk.

Roughly midway along the boardwalk was the London and Port Stanley Railway (L&PS) bath house with its large cement swimming pool, and just east of that was Mackie’s. Mackie’s French fries were sold from a small square building which is obvious on the left of this photograph. Beside that would have been Mackie’s cafeteria which sold – most memorably – orangeade , “the drink that made Port Stanley famous,” and popcorn. No one who has strolled the boardwalk on a hot summer afternoon, juggling a box of popcorn in one hand and an orangeade in the other, can doubt for a moment that this was the best orangeade and the best popcorn ever made.