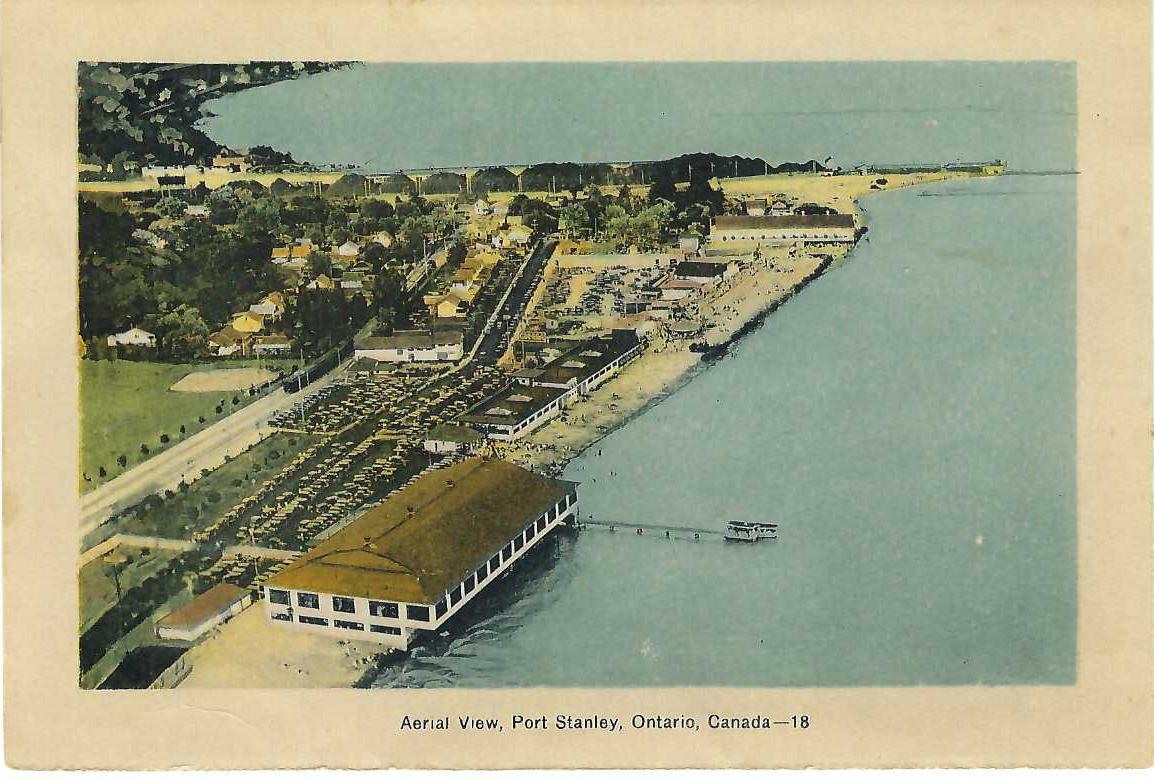 Many of these have been published by Heritage Port Stanley, the Port Stanley historical society, in two books entitled, Port Stanley’s Pictorial Postcards, but this view of what used to be known as the amusement beach is from the private collection of Peggy Satchell.

The postcard can be dated from the fact that the Stanley Beach Casino, shown in the top right-hand corner, was destroyed by fire in 1932, and the L&PS Dance Pavilion, in the foreground, was not built until 1926, so we can date this view of Port Stanley’s main beach to the late 1920s.

The beach is wider today than it was 90 years ago. The large building in the center of this shot would have been the L&PS Bathhouse and Cafeteria. To the north, on the other side of Edith Cavell Boulevard was the Port Stanley baseball diamond.

When this photograph was taken, Mackie’s French Fries, now located at the south end of William Street was situated on the boardwalk, just east of the bathhouse. At this time in history the boardwalk extended from the dance pavilion to the Stanley Beach Casino; its east end was lined by refreshment and amusement stands.