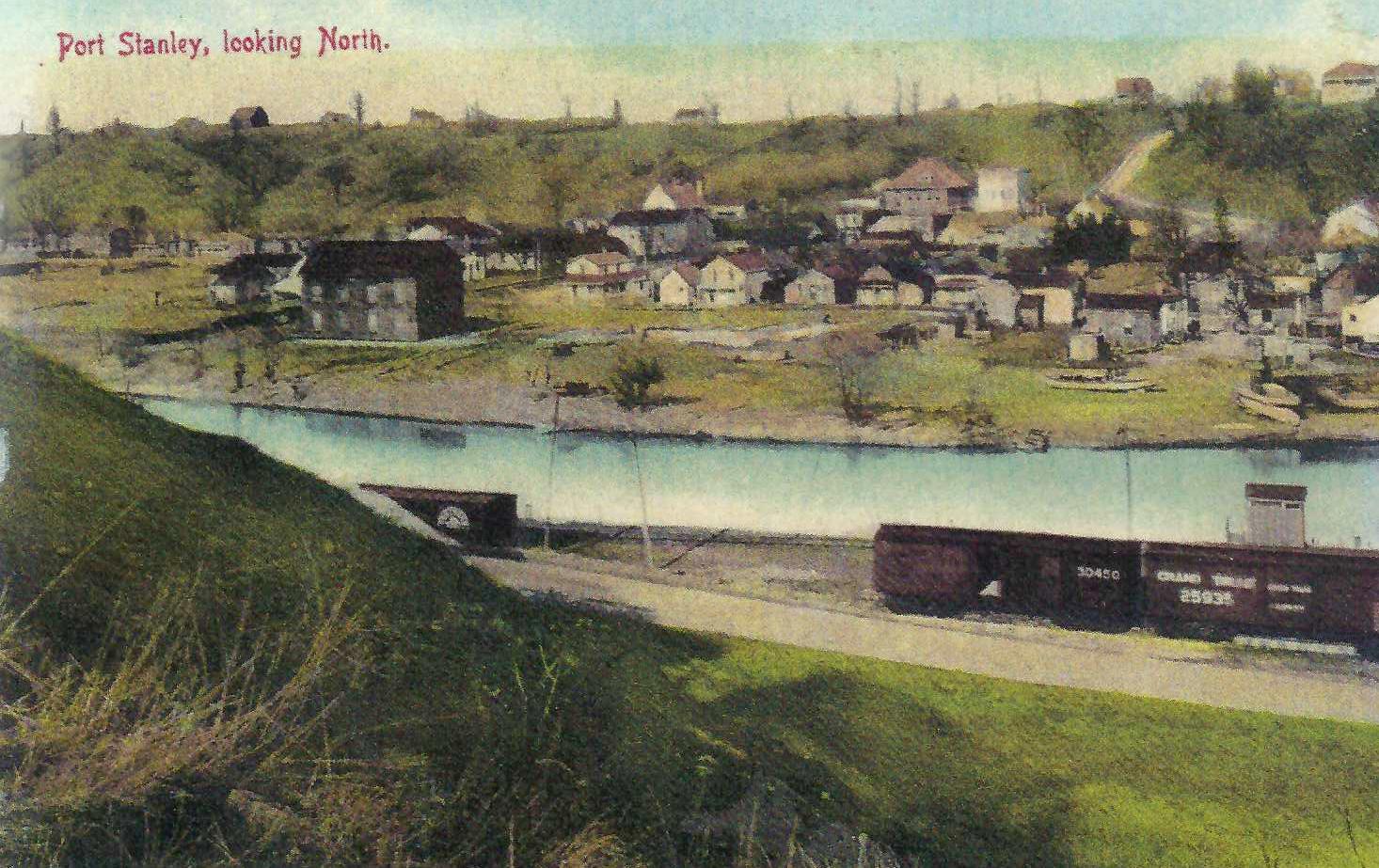 This photograph is on page 38 of the Heritage Port Stanley book entitled, Port Stanley’s Pictorial Postcards, Volume One, 1906-1925, by Craig Cole and the postcard came from the collection of Ron Blair.

This is a very early view of the village, and without the title on the postcard, many of our readers would wonder if this was really Port Stanley. Despite the title, the view is more looking east across the London and Port Stanley (L&PS) railway tracks and Kettle Creek than it is looking north.

In the background of the photograph, the road leading to the top of the hill would be the present Joseph Street hill. Port Stanley old timers always referred to this as schoolhouse hill, and Port Stanley’s third school, built in 1908, can be recognized in the photograph as the large squarish building with a red roof near the foot of the hill.

Railway buffs looking at this photograph will be interested to note the Grand Trunk railway car in the foreground. For a period of time the L&PS railway tracks were leased by the Grand Trunk.