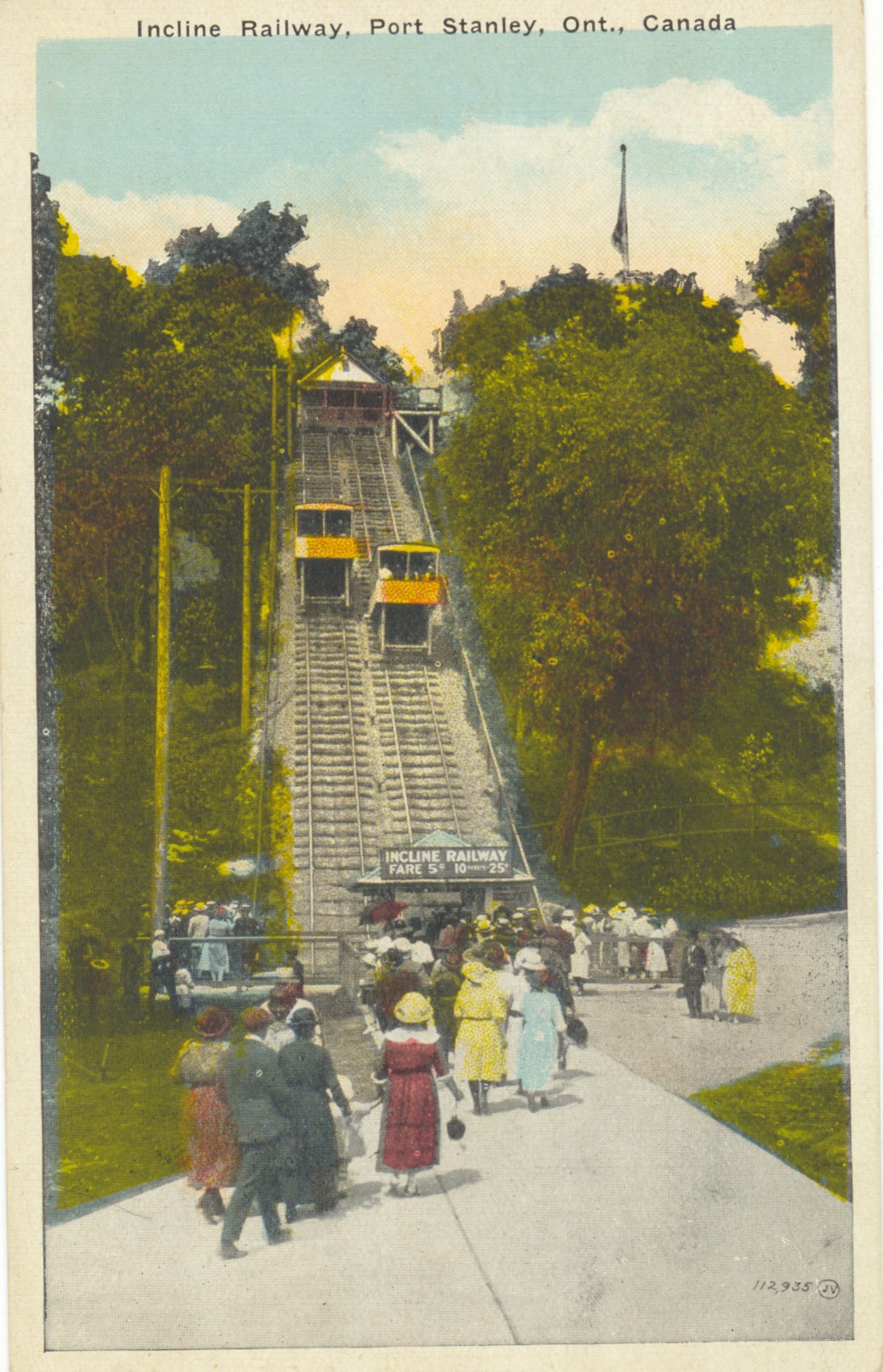 This photograph is on page 206 of the Heritage Port Stanley book entitled, Port Stanley’s Pictorial Postcards, Volume One, 1906-1925, by Craig Cole. It comes from the collection of Sam Vary and is one of several postcards which show the incline railway.

Port Stanley’s beloved incline railway was originally built to transport vacationers from the elegant Fraser House hotel on the top of the bluff to the beach below. It was originally situated to the east of the location shown on this postcard and was powered by a steam engine at the top of the hill. In later years, the incline railway was situated west of Picnic Hill and the hill is now a residential development known as Mariner’s Bluff.

The location shown here is what will be remembered by most of our readers. The bottom was just west of the beach terminal of the London and Port Stanley Railway and across the street (now known as Edith Cavell Boulevard) from the L&PS dance pavilion. The two cars on the double track acted on a counterweight principle. When one went up, the other came down, resulting in a considerable savings in the energy required.

Throughout most of the first half of the last century tickets were five cents each or 10 for 25 cents, and it was a rare summer cottage which did not have a few unused tickets tucked away in a sideboard drawer. If you wanted to save more money you would take the incline railway to the top of the bluff, and then walk (or run) down the winding path which can be seen leading off to the east in this photograph.