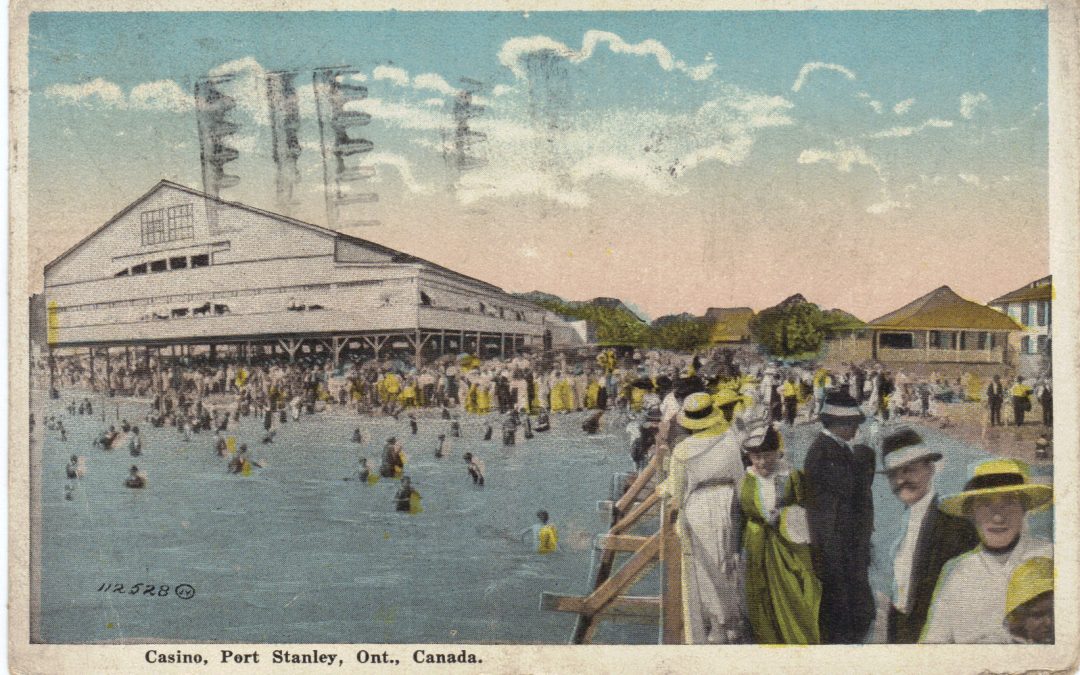 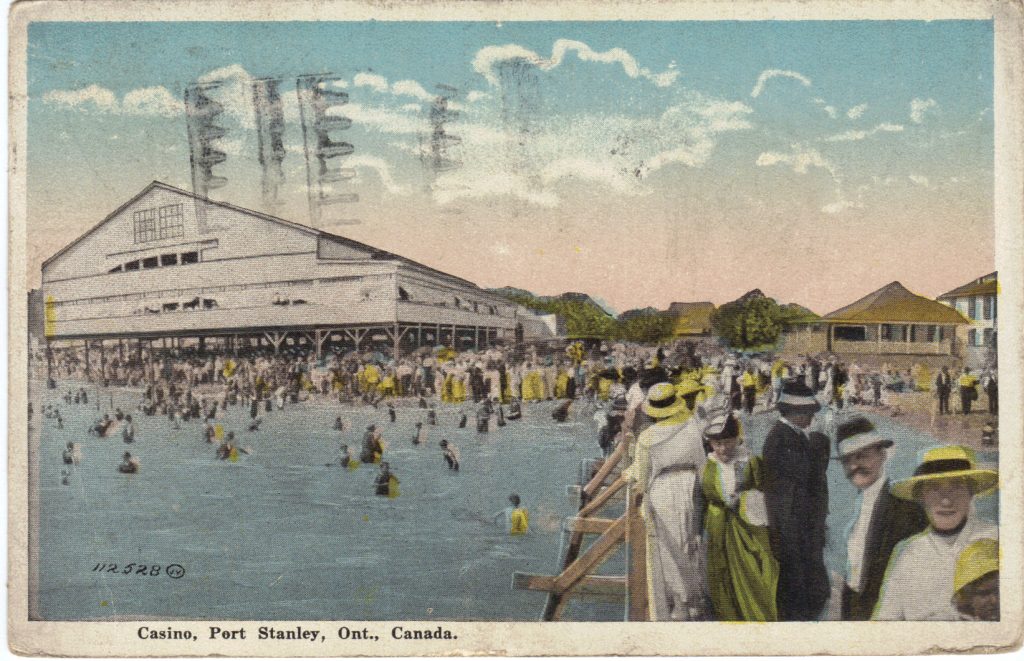 This photograph is on page 172 of the Heritage Port Stanley book entitled, Port Stanley’s Pictorial Postcards, Volume One, 1906-1925, by Craig Cole. The postcard is from the collection of John Smith.
The postcard dates from about 1920, 100 years ago. Newcomers to Port Stanley are often confused by the location of the Stanley Beach Casino which is shown in this view.  It was located at the south end of William Street. The London and Port Stanley Dance Pavilion, later renamed the Stork Club, and fondly remembered by some of our more elderly residents, such as myself, was located on the lakeshore about a block to the west. The casino was not, of course, a casino in the modern day sense of the word, but rather a dance hall where the top orchestras of the day would perform. It was built in 1909, and renovated many times before being destroyed by fire in the early 1930s.

In its day, the Casino was said to have had the largest indoor dance floor in Canada, which offered “jitney dancing.” Five cents entitled you to one dance. At the end of the dance you were herded off the floor by “rope boys.”

The message on the postcard says, in part, “I am crazy over Canada. Sure am enjoying myself,” and is signed, “Lizzie.”