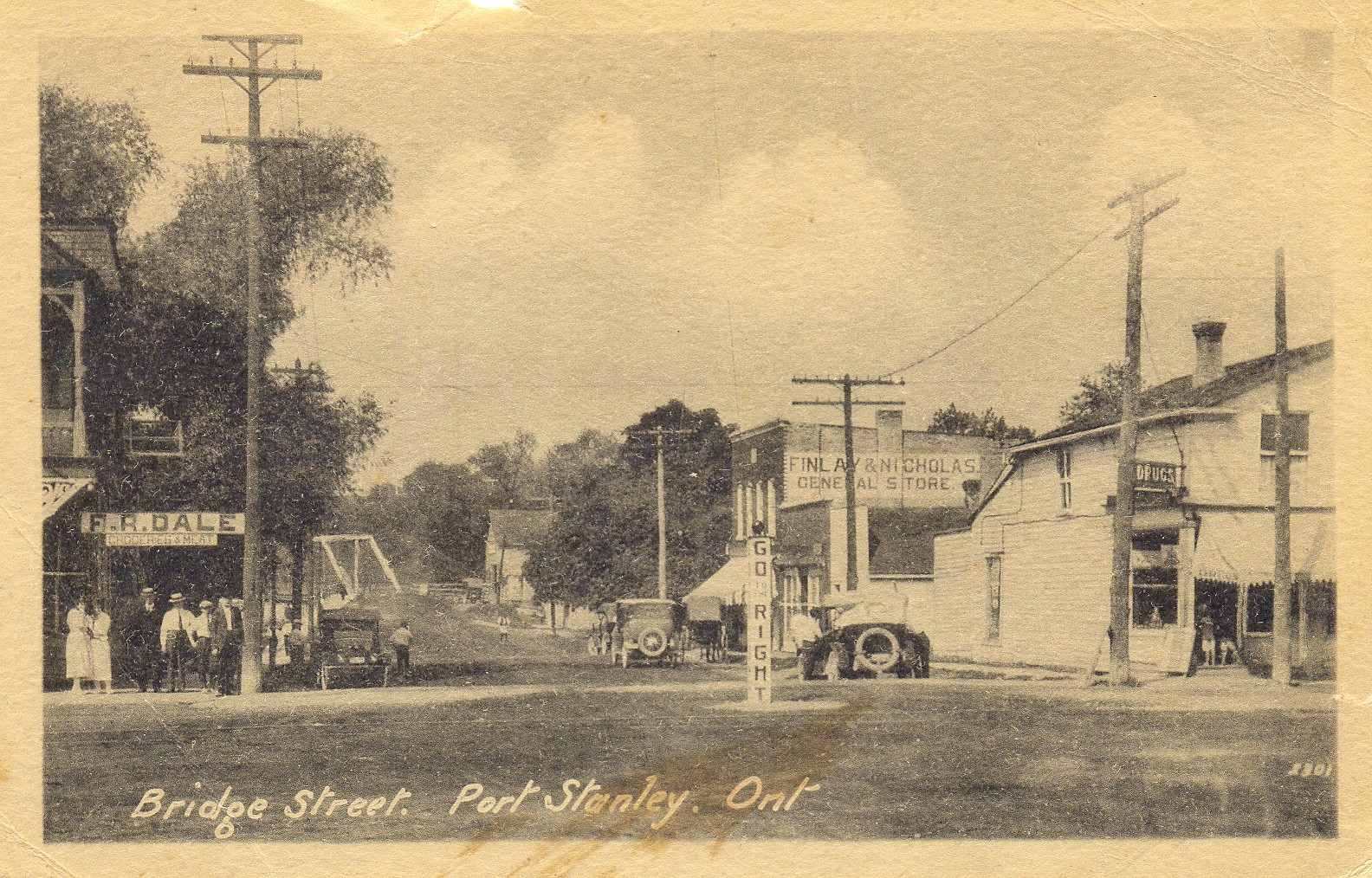 This photograph is on page 54 of the Heritage Port Stanley book entitled, Port Stanley’s Pictorial Postcards, Volume One, 1906-1925, by Craig Cole. The message on the postcard, which is from the collection of Sam Vary, is dated June, 1920.

Does the street scene now look like it did one hundred years ago? No, but we see echoes of the past.

The old Masonic lodge building on the north side of the street is still standing. Fortunately, it has not been replaced by a high-rise apartment block.  The bridge across Kettle Creek has been replaced by the King George VI lift bridge which is of course in the process of being repaired with the hope that it will last another 50 years. It could have been simply torn down, but this “easy” alternative was rejected.

The drug store on the corner of Bridge and Colborne Streets has been replaced by our medical building, but that, again, seems to fit into the street scene.

This is the look of our central village which so many of us treasure. Across the street from the drug store, in this 1920 view, is a sign reading “F.R. Dale, groceries and meat” and it is interesting to note the “Go Right” sign in the middle of the intersection. The first automobile arrived in Port Stanley in 1910. Ten years later perhaps it was still necessary to remind drivers that they should drive on the right side of the road.