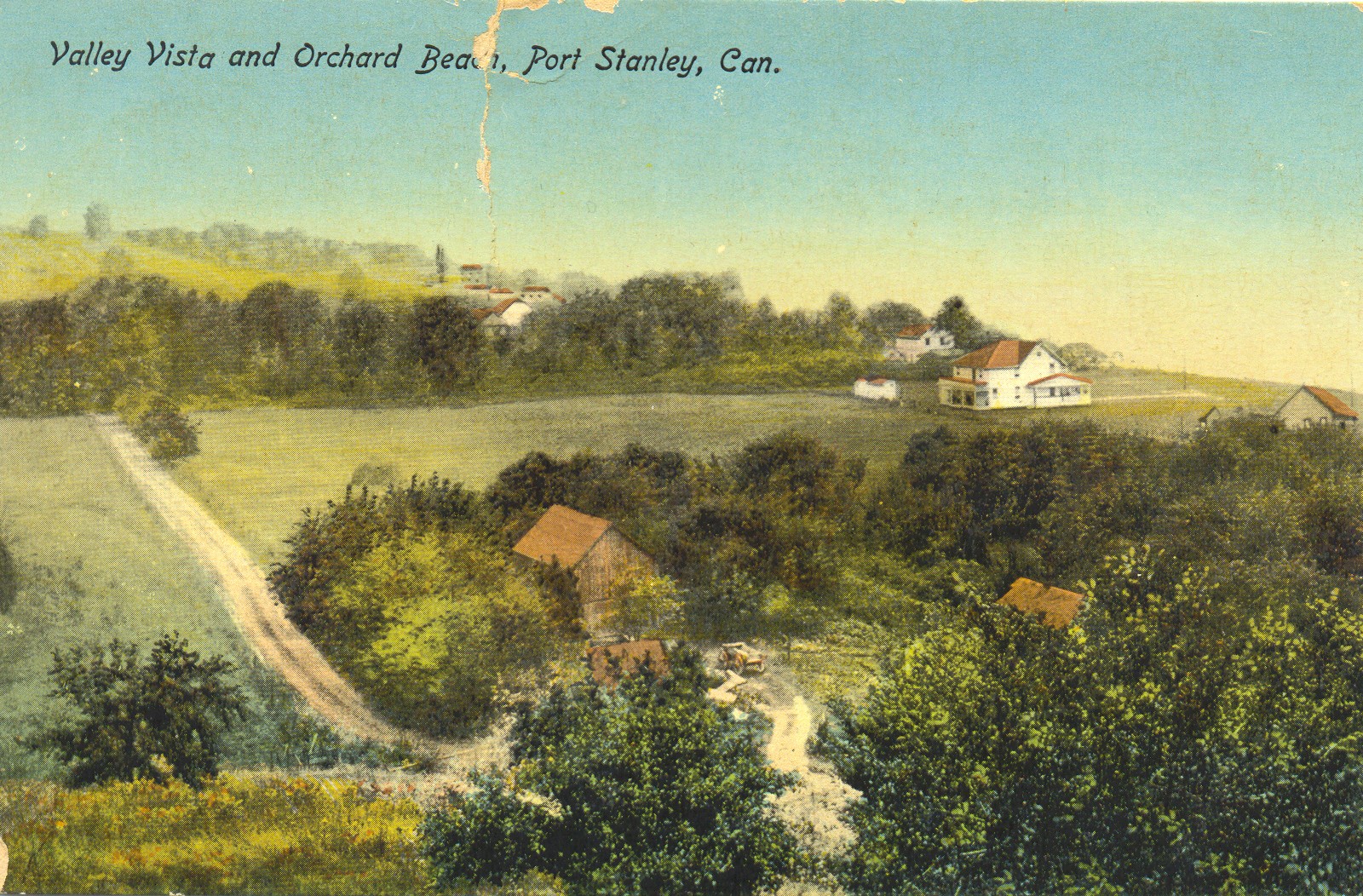 Written history dealing with the early years of Port Stanley is sparse, but postcards have proved an invaluable record of what life used to be like in our then little village. This photograph is on page 276 of the Heritage Port Stanley book entitled, Port Stanley’s Pictorial Postcards, Volume One, 1906-1925, by Craig Cole.

The postcard, from the collection of the late Sam Vary, is entitled “Valley Vista and Orchard Beach, Port Stanley, Can.” and bears a postmark which is a bit indistinct but appears to be 1914.

The road on the left of this photograph used to be named Victoria Street, but is now Harrison Place. Much of the land between this road and the lake has been lost to erosion in the last 100 years. The two white cottages which are closest to the lake in this photograph have been moved several times, to escape erosion, but still exist today. The band of dark green trees at the top of the photograph surrounded what is now called Little Creek.

The cottage situated in this band of trees and closest to the lake was owned by the Darch family of London. W.F. Darch was my grandfather. He owned a large harness and leather goods business on Talbot Street, in London. The W.F. Darch building, across from Covent Garden Market, was a well-known landmark in London for many years. At one point in time the Darch building, all of six stories high, was said to be London’s tallest skyscraper. The family donated part of the land in London on which the
market was built.

The title Valley Vista on the postcard is interesting. Perhaps it is merely descriptive, or perhaps it was used as the name of part of the area which now makes up Orchard Beach.