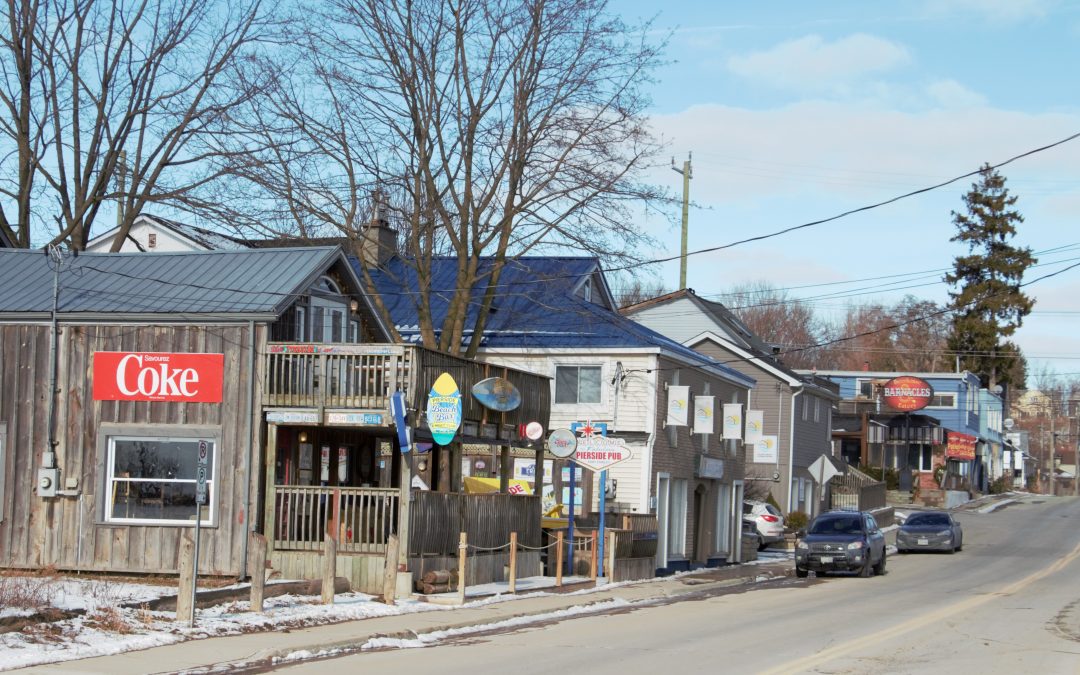 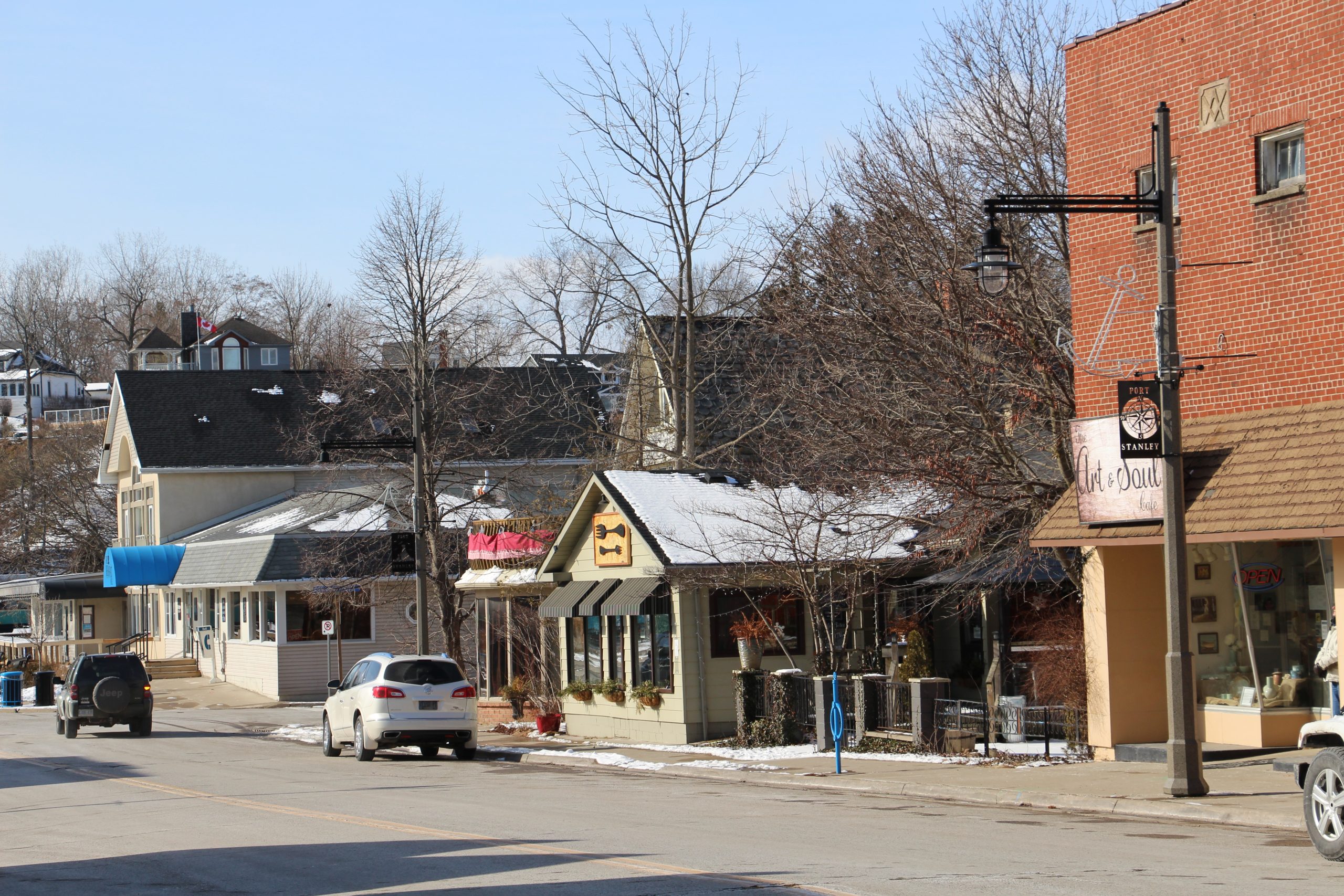 There are more questions than answers arising from Central Elgin Council’s defeat of plans to designate a heritage conservation district (HCD) in Port Stanley. At least three are top of mind.

First, last week’s public meeting left many wondering about the three downtown development proposals that Mayor Sally Martyn mentioned in her impassioned defense of the HCD proposal. What are they? What’s their status?

Secondly, the meeting concluded with the impression that Council members were deeply divided and perhaps unable to amicably work together again. Will anything meaningful be accomplished in the coming year?

Third, who was it that requested Council reopen the matter. It was the third time in about 10 years that Council had proposed an HCD for Port. Property owners soundly rejected previous propositions and more than 350 people signed a petition opposing the latest plan.

Martyn had said all along that the latest proposition originated with a request from the Port Stanley Village Association. Now she says that’s not so. Martyn and PSVA President Dan Ross are pointing the finger at David McCarthy, the PSVA treasurer who also serves as Chair of Heritage Port Stanley.

“We are aware that many in the village seem to believe that Council began to consider the HCD at the request of the PSVA,” Ross states in a digital dispatch to PSVA members. “In fact, while the PSVA supports the HCD concept in some form, we did not ask that Council revive this issue during the current term of Council.

“Rather, the formal proposal was made by a delegation to Council by Dave McCarthy, the Chair of Heritage Port, but acting in his personal capacity,” added Ross. McCarthy chooses to say very little on the matter, confirming only that he made the request on behalf of Heritage Port Stanley, “as myself,” because “I believed, believe it’s desirable in some form.”

Martyn had also raised some eyebrows last week with a reference to three downtown Port Stanley development proposals that threatened to violate the spirit of HCD.

“I recall the reference to three applications in downtown Port Stanley but am unsure which three the Mayor was referring to,” said Kevin McClure, a planner in Central Elgin’s Planning and Building Services Department. “The one specific application that was mentioned was the proposed dentist office as 226 Colborne Street that we had a public meeting for in January 2020. No decision has been made on this application to date.”

The Colborne Street application – calling for a three-storey structure, with a main floor dental office, and five apartments – was initiated by Dr. Samuel Shinde, who also has dental offices in Ingersoll and London. CE planning staff raised concerns about parking and flooding when the application was presented at a public meeting last year. Staff also urged Council to heed guidelines in the municipality’s official plan, “as well as the guidance within the (then) draft Heritage Conservation District Study for non-residential uses.”

Added Martyn: “The other two were private inquiries and have not come to Council. Not sure when they will, but recommended they contact the planning office.”

Council observers speculate that one of the two other development proposals raised by Martyn may have been an inquiry about the development potential at the old Jackson Fisheries Ltd. building at 172 Main Street.

The other may be David Russell’s brainchild. Russell is contemplating the construction of a three-storey building, with retail on the main floor and apartments above, at 208 and 210 Main Street. If at all, he doesn’t expect to proceed with that plan for at least two years. “I have looked at designs and it’s a struggle to get something that would look good,” said Russell, proprietor at the London rental agency The Apartment Shoppe. Russell lives in Port and may be the largest individual property owner in and around the village. “I’ve approach two architects so far and have not got excited about their ideas. I’m sure there is something there and when I turn my mind to it more, I will be successful in finding the right fit for the street. I love the village just the way it is too.”

The question of Council’s ability to function after such a divisive debate remains.

CE Council voted 4-3 last week to abandon the HCD after a surprise, last-minute maneuver by Deputy Mayor Tom Marks. Marks ‘called the vote’ on the issue during a public meeting that was billed simply as an opportunity for property owners to voice their concerns. The meeting was convened online using the Zoom application. Martyn had earlier promised that a traditional bricks-and-mortar meeting would be held once the community rebounded from COVID-19, and Council wasn’t expected to actually vote on the matter until much later in the year.

Nevertheless, it was still technically a meeting of Council, and calling the vote is an acceptable tactic, particularly – in Marks’ view – after about two weeks of wild social media opposition to the HCD, and a public meeting during which there was little support for the designation.

Tensions were so high by the end of the public meeting that Ward 4 Councillor Bill Fehr – an HCD proponent – said Marks was being “deceitful” by calling the vote, and by suggesting Martyn had previously concealed the development proposals from Council.

“He was there, at those meetings, he definitely knew about it,” said Fehr. “The deceitful comment was because … we specifically decided that the (public) meeting would be to receive information and ideas only, and not make any decisions.

“As far as working together, I don’t see that as a problem,” added Fehr. “There are many instances when we do not all agree. That is why we have democratic votes and the majority rules. I would rather work with a council where each member brings their own independent ideas to the table.”

As far as Martyn is concerned, “Council has been divided on other issues, but we still carry on with business. Many things we agree on.”

Marks is hopeful. “We’ve got a divided Council,” he said. “We’ve got to look forward and move on. I hope this Council can reunite and put this behind us.”

Ward Five Councillor Fiona Wynn was also puzzled by Martyn’s reference to development proposals and she too worries about the divide on Council.

“I’ve been thinking about that all day,” she said. “Normally, we make a decision and move on. If that doesn’t happen, we all suffer. We’ve got some big things this year that we still need to look at, the official plan being one.”