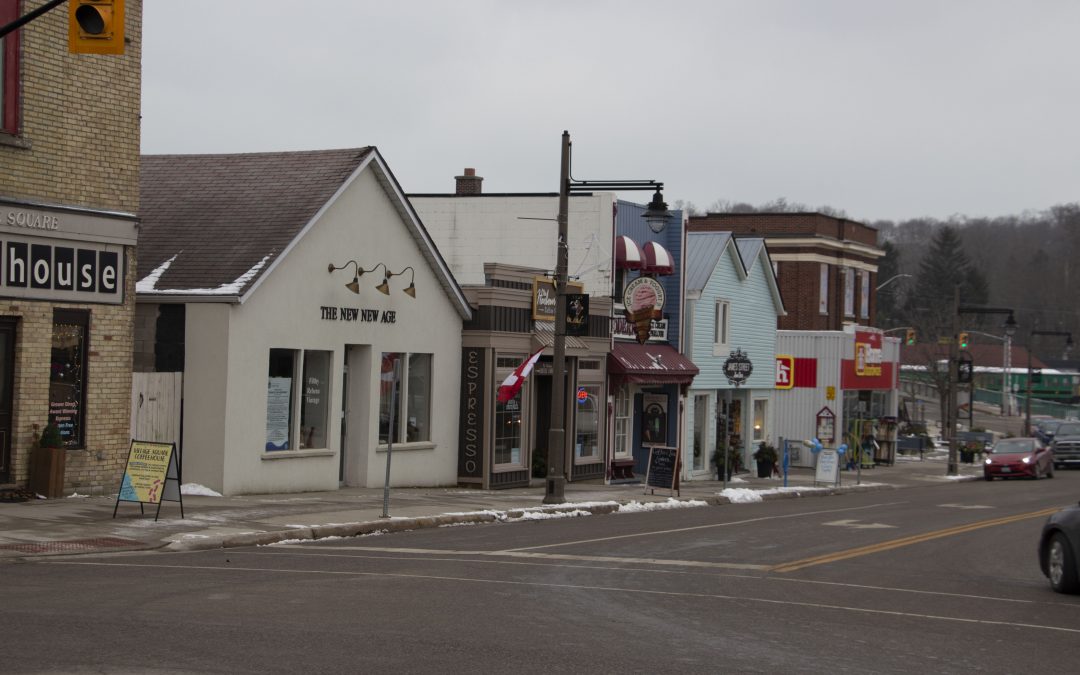 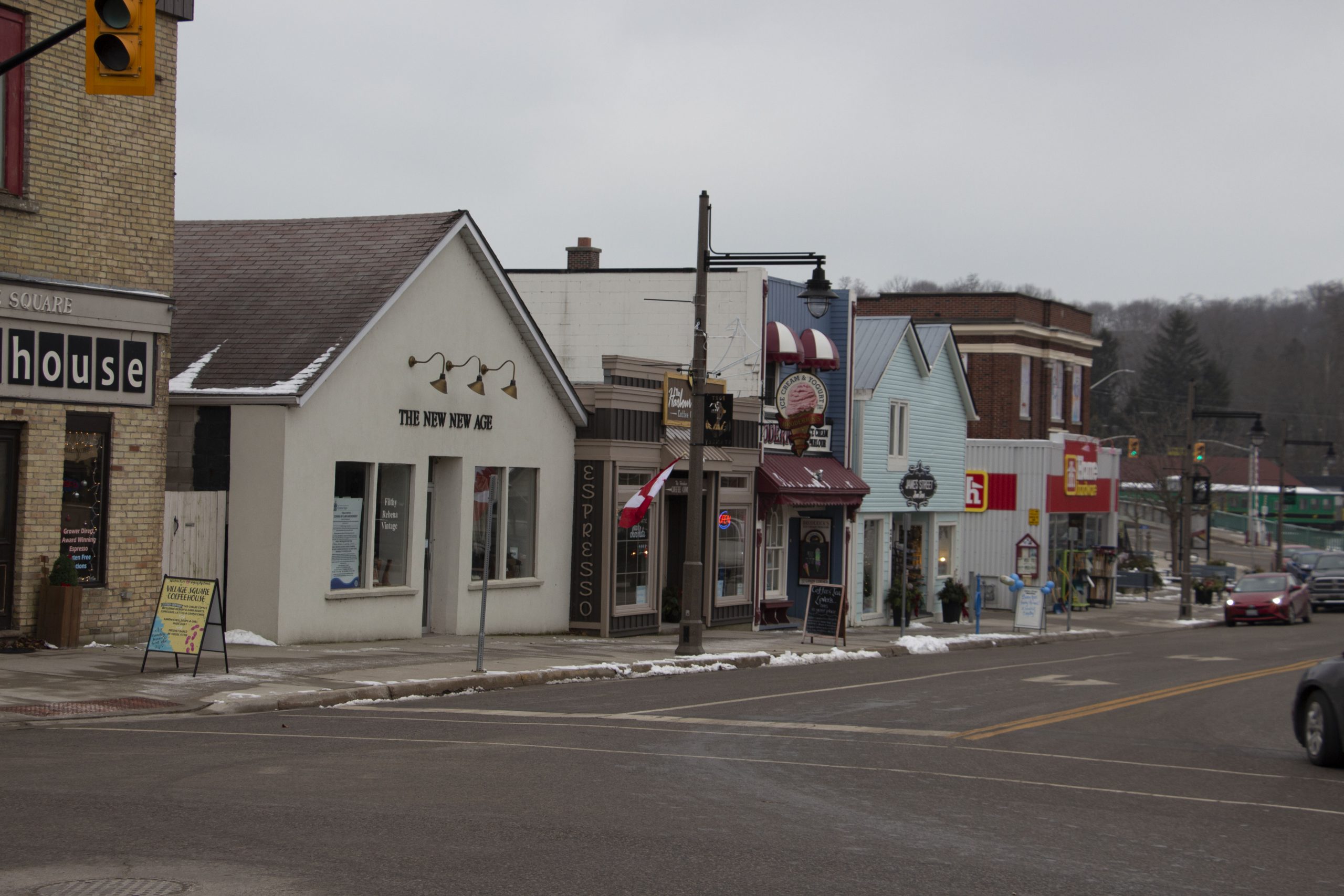 There is no denying the irony as Port Stanley’s proud history gets undressed on the infobahn – a.k.a. the information superhighway, or Internet – the 21st century’s response to the telegraph system.

Rather than call a traditional, bricks and mortar public hearing, Central Elgin (CE) Council has proposed a Zoom webinar for its unexpected proposal to establish a heritage conservation district (HCD) for downtown Port Stanley.

Of course, the village’s social media community is up in arms. It’s the third time in about 10 years that CE has proposed an HCD for Port, even though downtown property owners soundly rejected previous propositions. Contentious matters like this typically attract crowds of 100 people or more to public meetings at the Port Stanley Arena and Community Centre.

The social media backlash is questioning not only the merits of an HCD in Port, but also CE’s decision not to wait and hold a public meeting after the COVID-19 lockdown, or at least not in the middle of winter, when fewer people are paying attention. 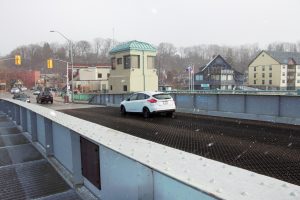 This time around CE’s proposal was initiated by a ‘snail-mail’ controversy. Local businesses claim that CE feebly attempted to notify affected property owners with unaddressed, white envelopes that went largely unnoticed. However, on January 12, 2021, CTV News videographer Brent Lale reported on the HCD proposal, and for the first time, property owners learned CE was planning to hold a public meeting on January 20, 2021.

When Port property owners went to the CE website to learn more, they discovered a CE timeline that included a spring 2020 public meeting that had never been held. That timeline was subsequently removed from the CE website.

About the same time, CE cancelled the January 20, 2021 public meeting and scheduled a second public hearing, using the Zoom application,  on Wednesday, February 10, 2021, at 7 p.m. The meeting can be accessed at https://www.letstalkcentralelgin.ca/heritage-conservation-district .

“Many felt blindsided by their elected officials,” said Teresa McLellan, whose parents own property in the HCD. She was a dominant voice on Facebook. “I’d personally prefer to wait a few months and do it in person. It would give those of us newly aware more time to absorb and discuss, as well as ensure more homeowners and cottagers are engaged.

“While many may be comfortable with Zoom,” McLellan added on Facebook, “many others, like my parents, who own on Bessie Street, have never used it and find it intimidating.

“To me, meaningful consultation means involving as many of the affected people as possible,” added McLellan. “In a beach and retirement community, in my mind, this would mean not doing so during the winter, during a global pandemic and lockdown, and would include providing alternatives to those who are not comfortable with Zoom or other online platforms.”

CE Mayor Sally Martyn’s account of the process is different. “The public meeting was to be an open house last spring,” she said, “but due to COVID-19, had to be postponed.

“To host a public meeting now has to be virtual, as does the mandatory public meeting,” added Martyn. “(CE) agreed to combine them, as they would be identical meetings.

Even so, many in Port Stanley are troubled by HCD and CE’s awkward roll-out.

“A Zoom meeting can’t accomplish a proper forum to discuss this issue,” said Carol Thompson, proprietor at Port Stanley’s Keller Williams Lifestyles brokerage, as well as Port Lifestyles, and Shaka Board, all on William Street. “They (CE) know this and rolled this out anyway. I lost a lot of respect for those pushing this through. Shame on all of them.

“Nothing is right about this at all,” added Thompson. “Yet again, when we are trying to hold things together and work together as a collective village, to help everyone through COVID-19 and hard times, the Council put this through to yet again start dividing the village, creating anger and stress, arguments.

“The Council seems to think they have already won this because they will all vote yes,” she added. “If they do, yikes. The fallout doesn’t look good.”

Regardless, CE remains confident that the Zoom format is an effective way forward. The municipality’s procedural bylaw regulates all meetings of Council, including statutory public meetings such as the one required for HCD, said Paul Shipway, Central Elgin’s chief administrative officer and clerk. March 2020 amendments to Ontario’s Municipal Act, in response to COVID-19, were implemented to permit electronic meetings.

“The Zoom platform is capable of accommodating the number of users,” said Shipway. “The platform also accommodates telephone users for those persons that do not have Internet access.” Shipway added that the public meeting was scheduled in accordance with Council’s decision on November 23, 2020, when consultants provided a presentation on HCD. That decision was posted on CE’s Let’s Talk website.

The Province has not provided municipalities with specific guidelines on how and when to use online meetings for important community issues.

“Last year, we passed legislation to give municipalities and their local boards the ability to hold meetings electronically, so they can continue to function and serve their communities,” said Conrad Spezowka, a spokesperson for the Ontario Minister of Municipal Affairs and Housing, the Honorable Steve Clark, Member of Provincial Parliament for Leeds – Grenville – Thousand Islands and Rideau Lakes. “We heard from municipalities that this has been instrumental during this time and has, in fact, increased public participation.

“These provisions are optional,” added Spezowka. “Municipalities can choose whether they wish to use these provisions and incorporate them in their individual procedure by-laws, and if so, the extent to which members can participate electronically and what technology to use.”

“I am quite concerned about negative comments, before they even know the facts,” added Martyn. “Many have phoned me and now have a far better understandings of the plan. Council would not have revived it if the PSVA had not asked us to.”

Oddly enough, the PSVA has refused comment at this time, as has Heritage Port. The BIA has just elected a new leadership team and is expected to weigh in on the subject before the public meeting.