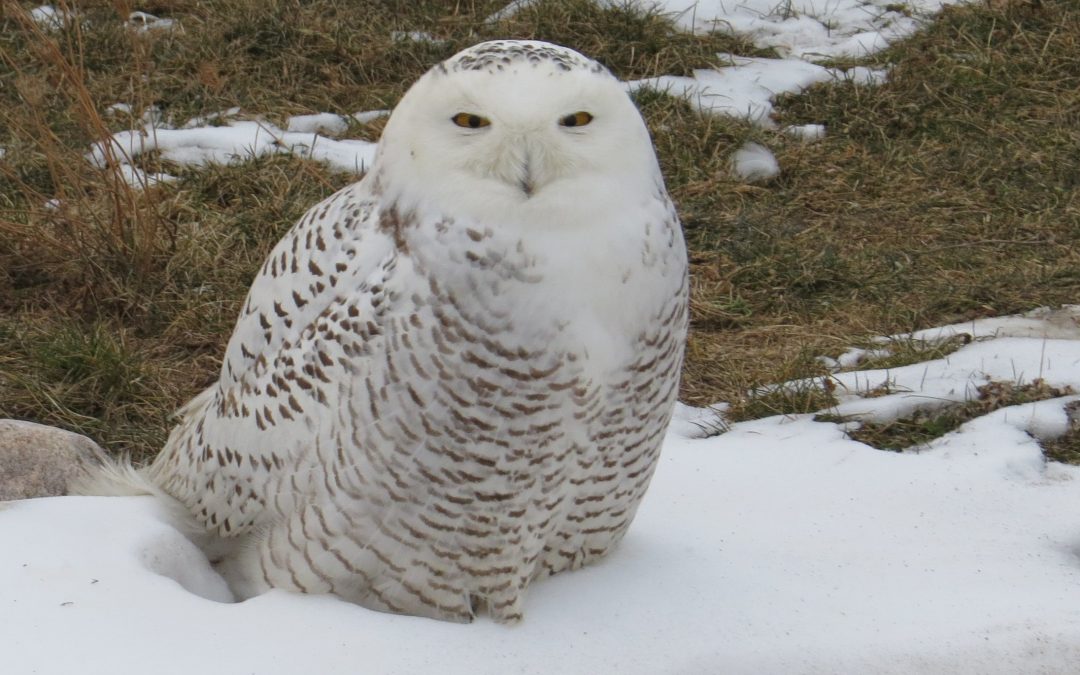 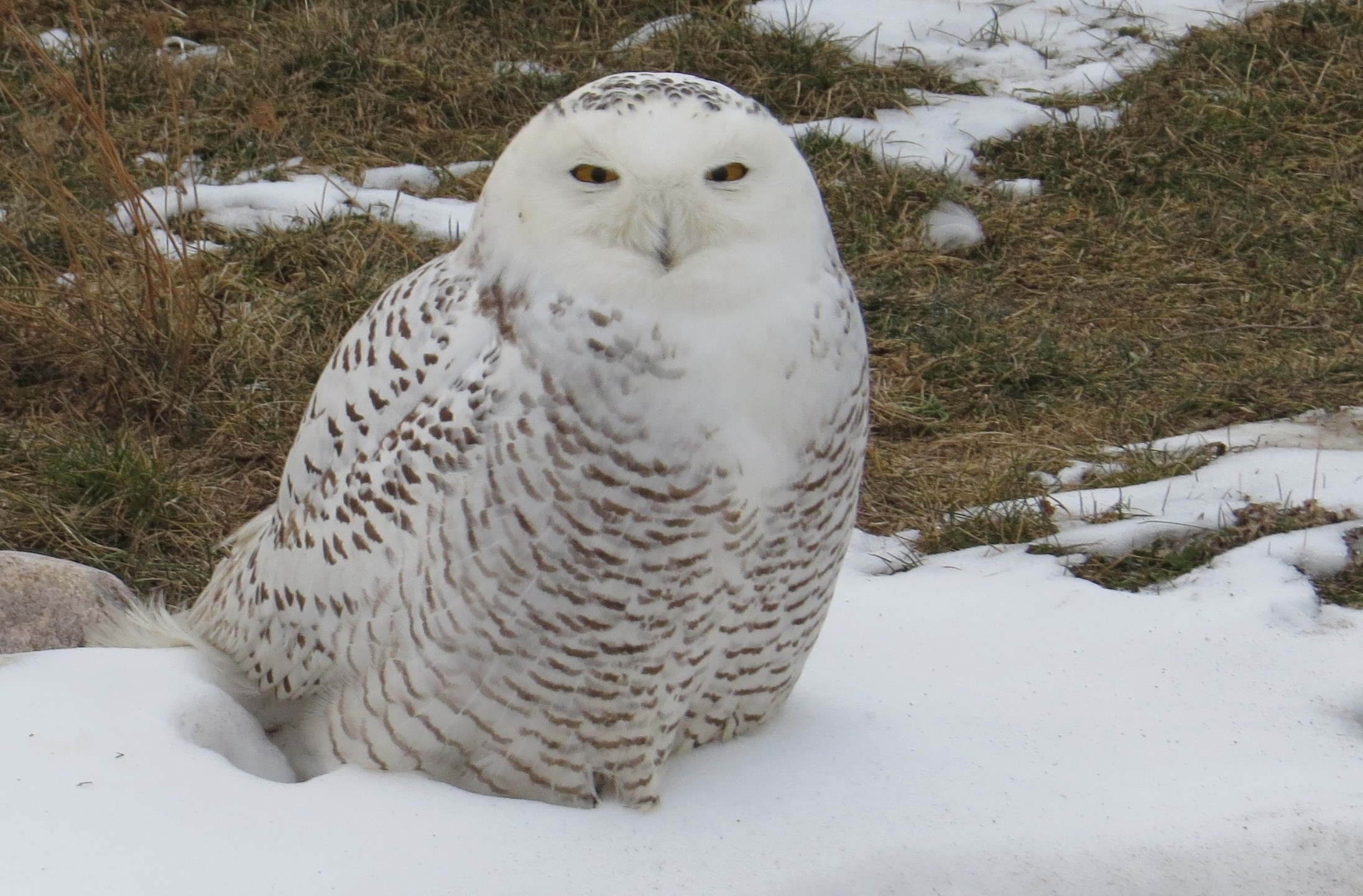 According to the Cornell Lab of Ornithology, in Ithaca, New York, Snowy Owls typically summer far north of the Arctic Circle, hunting lemmings in 24-hour daylight.

They winter as far south as the Great Lakes region, preferring wide-open areas and shorelines where their presence agitates other raptors and gulls. Here they hunt rabbits and gulls.

The owls can be territorial in their wintering habits and may return to the same area year after year.

Locals may recognize their calls. Snowy Owls make low, powerful, hoots. They weigh up to four pounds. The oldest-known Snowy Owl was a female – 23 years old – first banded in Massachusetts in 1992, then recaptured in 2015 in Montana.