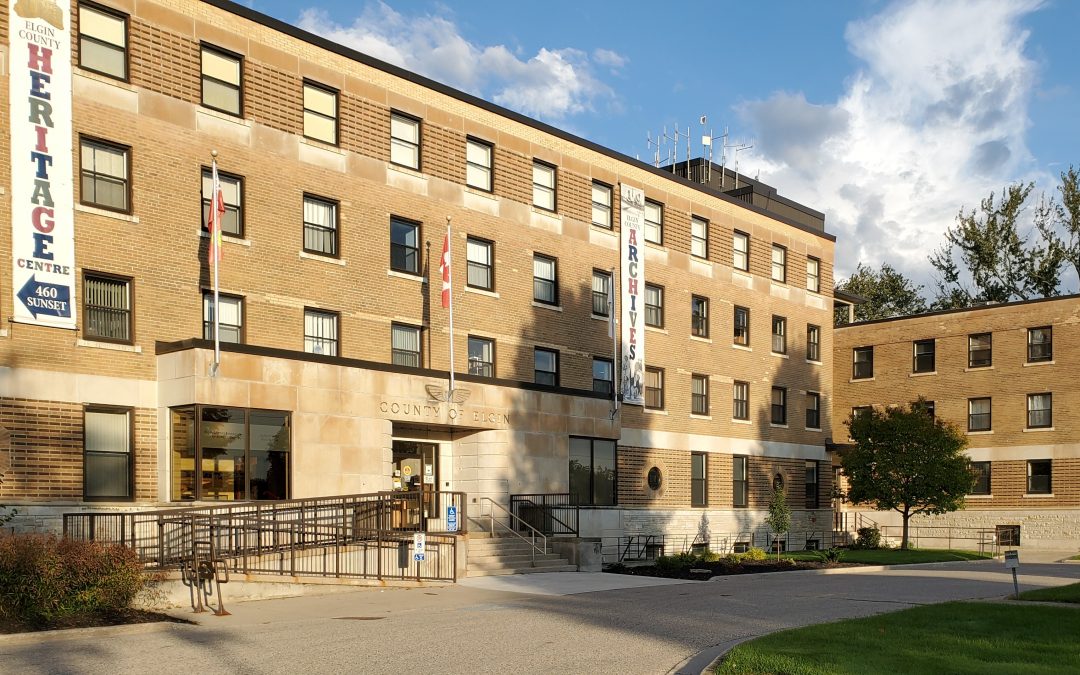 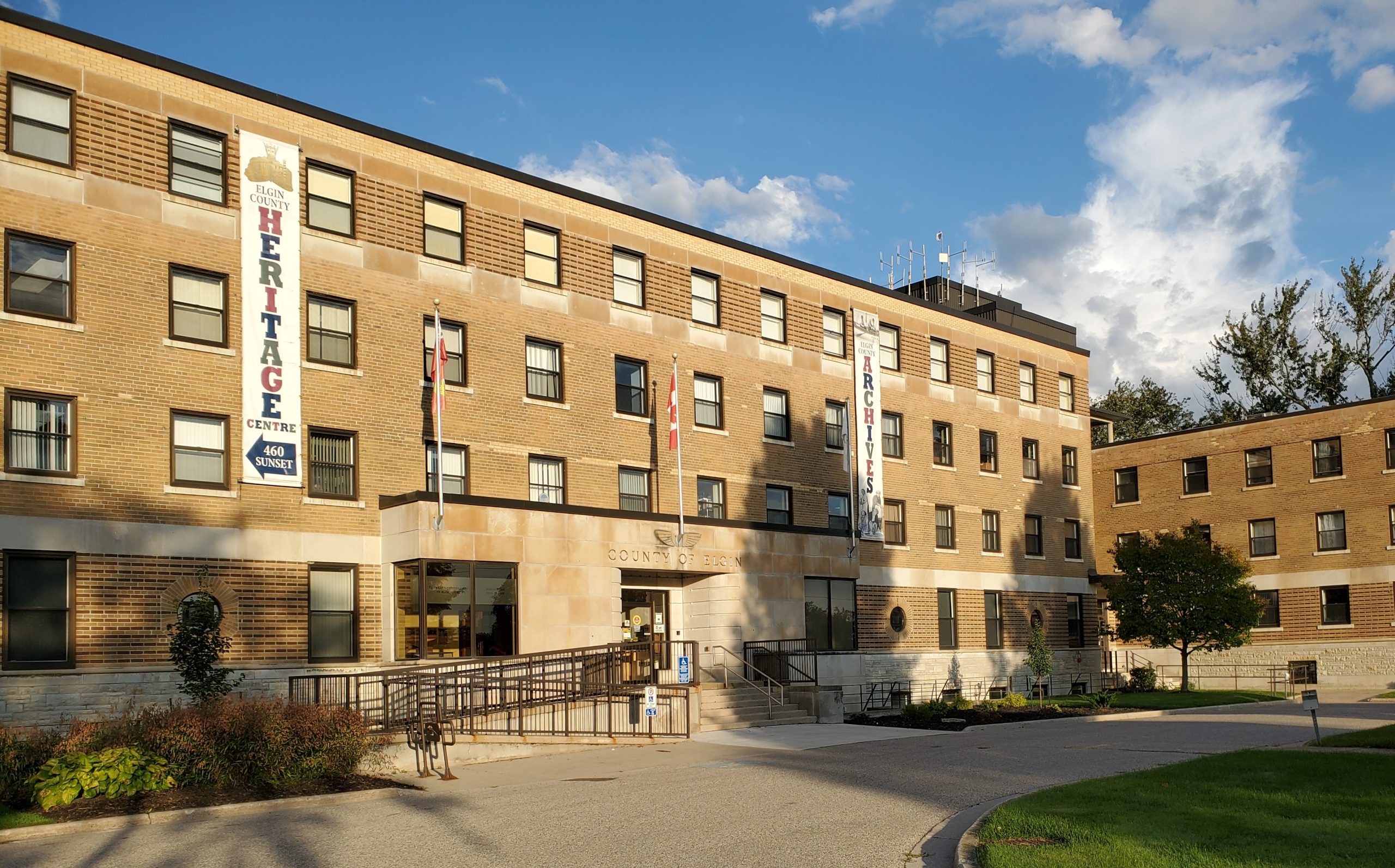 Momentum seems to be building online toward a Central Election municipal election race like this community has never seen.

Many of us heard the early rumblings of change when we participated in the CE online public meeting about the proposed heritage conservation district for Port Stanley.

There was a similar outcry after online public meetings about the CE Official Plan and the Port Stanley Harbour Secondary Plan.

The trash talking was loud and clear when CE implemented a new garbage collection system, and also when CE commenced construction of the new firehall.

It continues to reverberate across social media with mounting objections to high municipal taxes and water rates.

“It’s time to get the conversation started, if change is truly something residents want,” said Teresa McLellan. Six generations of her London family have enjoyed the Bessie Street cottage that Teresa’s mother and father, Julie and Rob McLellan, bought with Julie’s mother Dorothy Hewitt in 1973.

“It may be premature to express disappointment, but yes, certainly I’d be very disappointed if none of the many very capable people in Port Stanley come forward to deepen the candidate pool … ,” added McLellan. The McLellans were passionate opponents of the proposal to establish a heritage conservation district (HCD) in Port Stanley. Teresa collected 350 names on a petition supporting her parents’ position. “ … Those interested need to start now in order to have a chance of winning in 2022.

“Incumbent politicians are widely known to have the statistical advantage in elections, due in part to residents knowing and trusting them,” added McLellan. “This takes time and effort but can reap great rewards for both the candidates and the community.”

Admittedly, it may be a bit early to start pondering a municipal election slated to be held on October 24, 2022, however, in spite of the anger expressed online, not one brave soul has yet to emerge in the community as a candidate for Central Elgin Council, not even one incumbent.

“I have not decided yet,” said Central Elgin Mayor Sally Martyn. “It depends on what we get accomplished in this year.” The mayor’s to-do list includes: “Complete the waterfront master plan, update the official plan, get some policies in place for affordable housing, update environmental policies to reduce our greenhouse gas emissions and plan for the effects of climate change.”

Deputy Mayor Tom Marks and Ward 1 Councillor Colleen Row are also undecided. Other members of Council did not respond to email inquiries about their intentions. “I’m not prepared to say whether I’m running again,” said Marks. “I’m concentrating on being the best deputy mayor I can be.” Row added: “I have no comment at this time.”

“If anyone is thinking about pursuing a seat in Central Elgin, now is the time to make the public aware that they would like their support and that they would be running for a position,” said Richard Haddow, a local realtor who served on Yarmouth Township Council for 18 years. “Name recognition, visibility in the community and experience will help in achieving the goals.”

Central Elgin has not updated its online municipal elections guide yet. Neither has the Province. The Association of Municipalities of Ontario, however, is ready for early birds and provides an elections calendar to get things rolling. AMO also offers educational opportunities for candidates. Candidates may begin submitting nomination papers is May 1, 2022, according to AMO. The deadline for nominations is July 22, 2022, with few limits on who can run.

“I believe it would be premature to announce now … ”, said Ted Halwa, a member of the Port Stanley Business Improvement Area’s (BIA’s) board of management, and a Port Stanley Village Association (PSVA) director. “Announcing now would catch a lot of people off guard and the uptick of a ‘fresh face’ closer to the election would have become stale by then.

“Given the importance of name recognition, I would advise any potential candidate to work on that and re-assess when to announce in the spring,” added Halwa. “So, in the interim, I would concentrate on increasing name recognition.”

Halwa suggests a new candidate needs to increase his or her public profile, attending events such as the coming Dickens Days Christmas Market in Port Stanley, or various social gatherings at the Royal Canadian Legion Branch 410. His campaign checklist also includes: regular attendance at Council meetings; developing a platform; articulating positions on current municipal issues; and beefing up resumes with community service.

“I don’t think the campaign will get much traction until well into next year,” added Halwa, a seasonal resident of Port Stanley since 1980 and an Orchard Beach homeowner since 2015. “I think few are expressing an interest (yet), as it is not seen to be a particularly rewarding or glamorous job.”

In 26 municipalities in 2018, none of the council seats were contested, so all members of the councils were acclaimed, according to AMO.

Squeaky wheel gets the grease

Heritage Port Stanley president John Morrow wonders whether the social media buzz is representative of the entire community. “I don’t always agree with decisions Council makes,” said Morrow. “However, I do respect those who have offered their time to provide leadership for our community.

McLellan cautions against taking social media lightly. “The pandemic has highlighted and increased the importance of online engagement, and we’ve seen many CE – Port Stanley political issues discussed and debated in online forums throughout it.  With limited in-person opportunities, I think that online community forums can and will play an important role in next year’s election.”