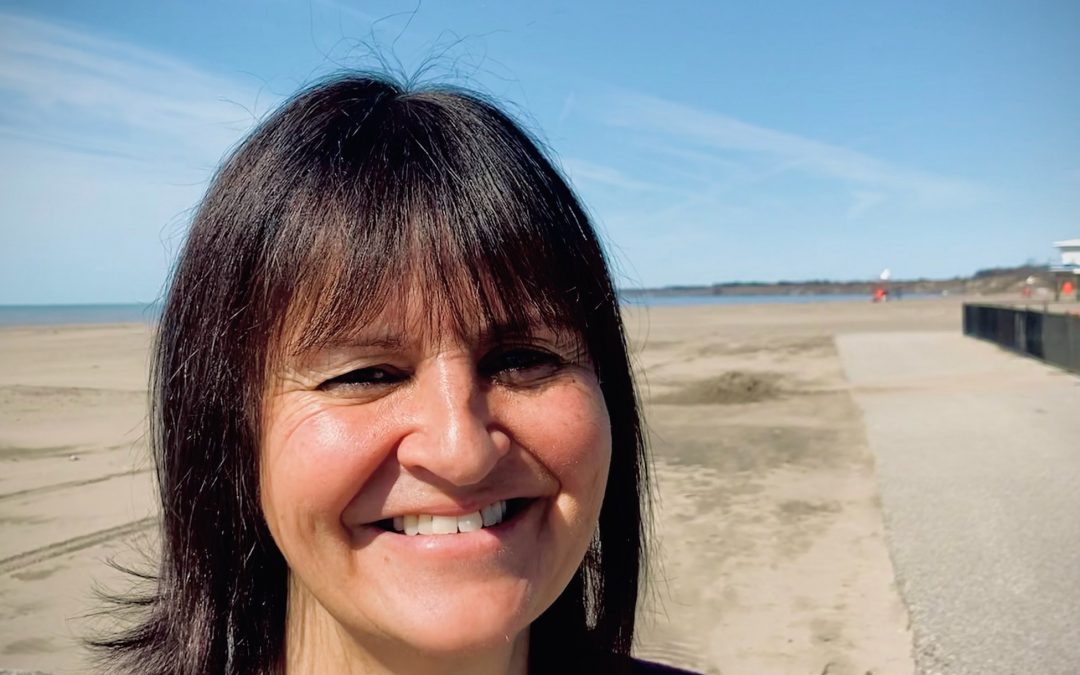 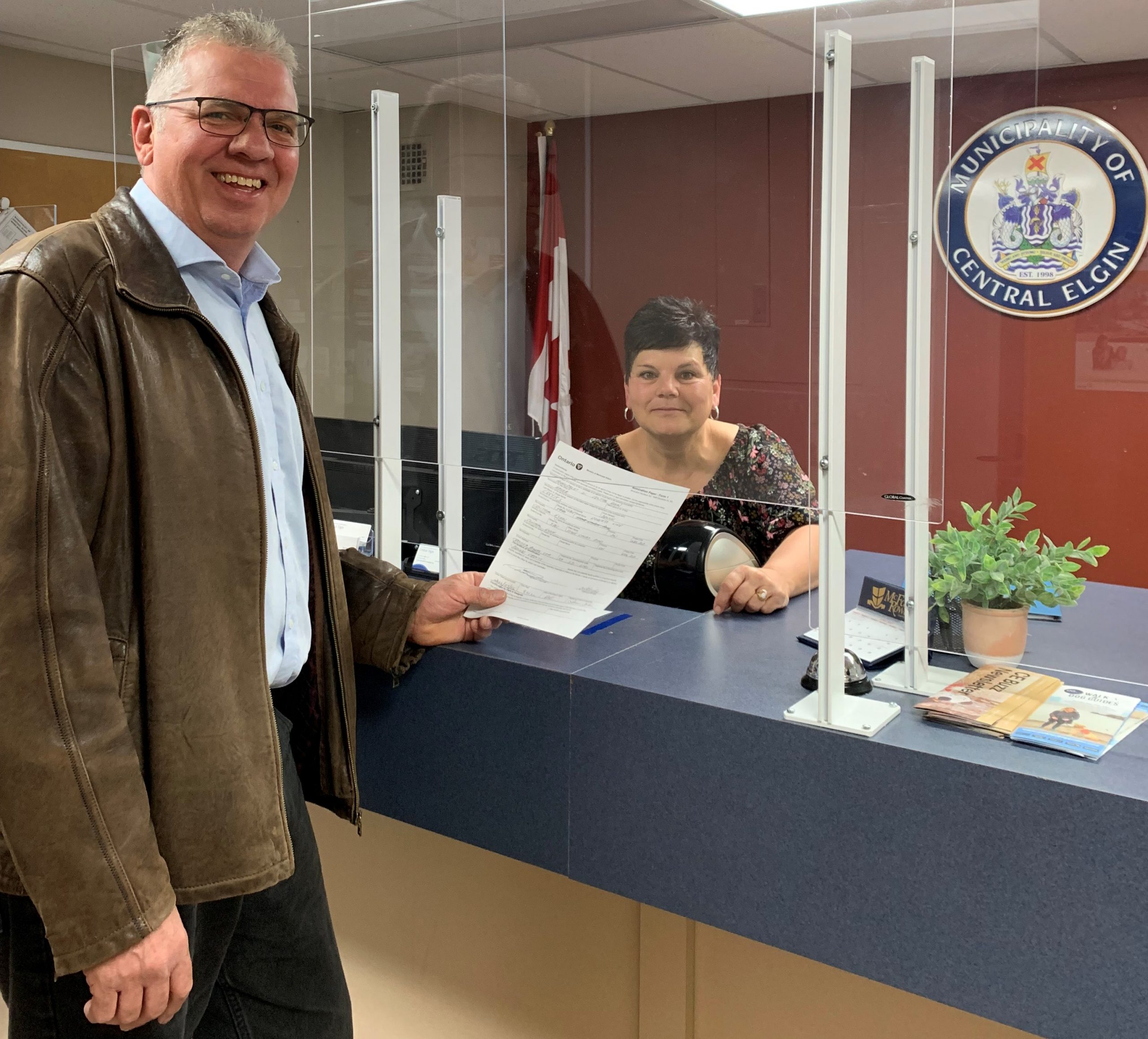 It’s still too early to confirm whether the early bird actually gets the worm, but the first day for nominations and registration for the October 24, 2022 municipal election has attracted a few eager candidates in Central Elgin.

Nominations don’t close until August 19, 2022, but some brave souls have already filed the necessary paperwork and officially hit the campaign trail on Monday.

Other municipal candidates – both incumbents and rumored challengers – are laying low in the tall grass, likely not to announce until after the June 2, 2022 Provincial election. Some may even wait until the last minute on nomination day to place their name on the ballot for whatever positions remain open. 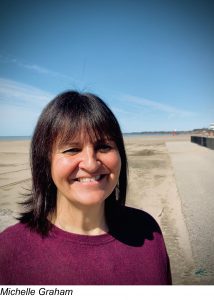 “(Monday) is the first day to file nomination papers and rather than delay I want to announce as early as possible so that Port Stanley residents have adequate time to contact me, to tell me their concerns,” said Michelle Graham, 53, after registering her intent to challenge Central Elgin Ward 1 Councillor Colleen Row.

“There are a lot of concerns that need to be addressed,” said Graham, whose father Don Graham was a Bayham councillor. “The parking issue pushed me over the edge. The unchecked development pushed me … water rates … infrastructure …

“They need to have an open-door policy,” added Graham, currently a member of the Port Stanley Business Improvement Area. “I know people communicate with Council, but they don’t feel like they’re being heard. I love Port and I want it to reflect what people want.”

A senior consultant and national coordinator for a Montreal-based health care company, Graham hopes her early registration will provide “adequate time to get out and knock on as many doors as possible, to listen to our residents about what is important to them … ”.

Although he announced his intentions to move up the ladder in March, Ward 2 Councillor Dennis Crevits was the first to submit the paperwork to run for mayor.

“I have publicly stated my intention to run and I wanted to formalize the process by filing my papers,” said Crevits. “I have been approached by others interested in running since I announced. I encourage them to run, run for the right reasons.

“By filing early this allows people to approach me and ask why I am running,” he added. “I want to continue to build and plan for future generations.” 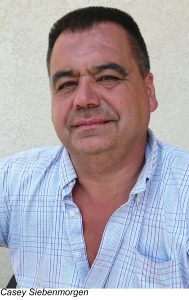 Casey Siebenmorgen is a name that some may remember from the 2018 Central Elgin mayoral race. He is gearing up for another electoral challenge in October, however, the local business owner has yet to decide which position he will pursue, Ward 1 or Deputy Mayor.

“Last election, there was quite a shuffle,” said Siebenmorgen. He was considering another run for mayor, but he doesn’t want to challenge Crevits. “I wonder if there’s going to be another big shuffle this time.

“I want the administrative staff to be more responsible for their decisions, more accountable,” he said. “I don’t understand the secrecy. Somewhere it has to stop. That’s my biggest issue, somebody has got to take the lead.”

Lots of trial balloons have been flown leading up to the nomination period, and many more rumours circulated, but for the record, only a few incumbents on Council have disclosed their intentions.

Mayor Sally Martyn said, “I am not yet ready to publicly share my intentions.” Deputy Mayor Tom Marks won’t declare yet either.

“I am not seeking re-election,” said Wynn. “My life has changed drastically since 2018 and I no longer have the time to put into the position that it deserves. I will miss it.

“I now have a great job at Extendicare that I really enjoy and will allow me to use my advocacy skills to help bring awareness to the needs of the residents of long-term care,” she added. “I don’t expect the municipality has seen the end of me though. I am sure I will still be involved, advocating for those unsure how to approach council with concerns, and there will still be issues that I will want to get my two cents worth heard.”

Every four years, in accordance with the Municipal Elections Act, Paul Shipway, CE chief administrative officer and clerk – in his role as returning officer – is required to conduct elections for the offices of: mayor; deputy mayor; five councillors; and four Thames Valley District School Board trustees.

The clerk’s official declaration of results will be made on October 25, 2022, the new term begins November 15, 2022, and elected officials are required to hold their first Council meeting by December 16, 2022.