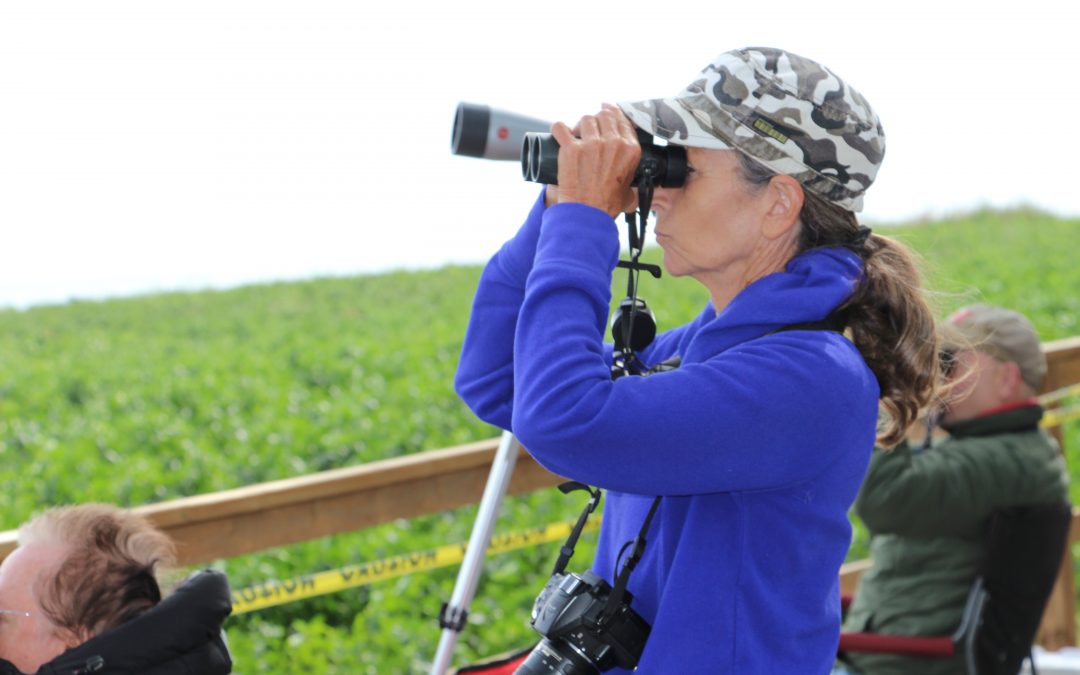 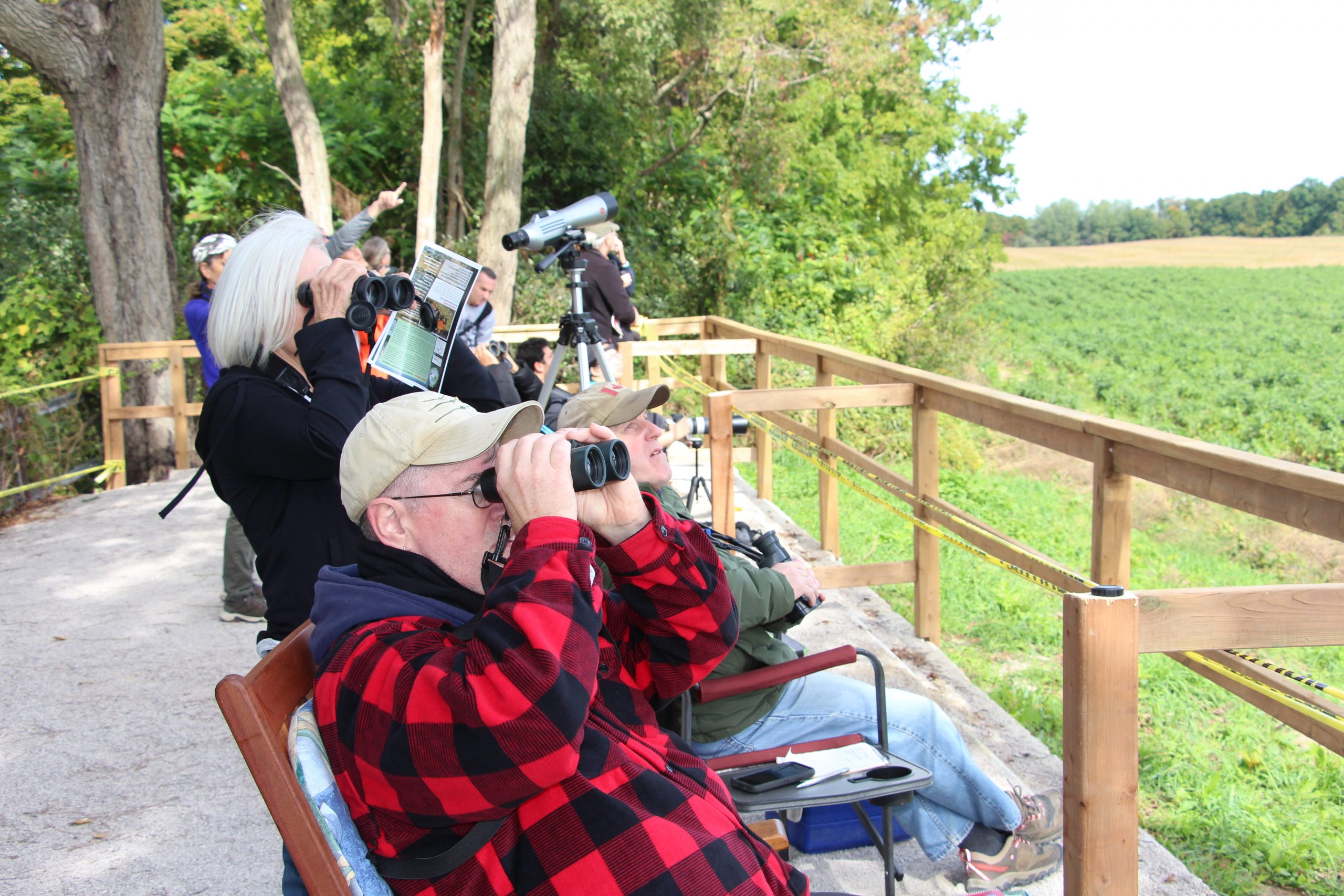 Dozens of people, many with binoculars in hand and their eyes peeled on clear skies overhead during Migration Weekend, watched for raptors and enjoyed nature on the hiking trails at the foot of Hawk Cliff Road, south off the intersection of Fairview Road and Dexter Line, in Central Elgin.

“It’s a wonderful place,” said Karen Auzins, a Nature London member and frequent visitor to Hawk Cliff. “The hawk migration became something my family did every year. What a thrill for them. I’m sure they’ll never forgot it.”

Field Naturalist Eva Visscher, 21, was also acknowledged during the event for designing a colorful placard telling the story of the organizations and people who have contributed to the raptor count. Saturday’s event also featured a Hawk Cliff Raptor Banders presentation and a Monarch Watch presentation. 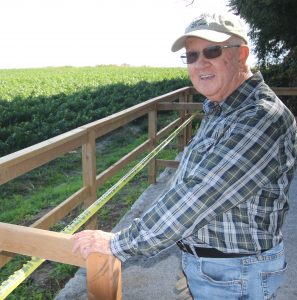 St. Thomas Field Naturalists Club was founded in 1941, disbanded in 1943 due to the Second World War, then resurrected in 1950. The not-for-profit organization’s goals are to spread knowledge of natural history, protect wildlife, stimulate interest in nature, and preserve and protect the environment.

The club started counting raptors in 1950, forwarding the information to the Hawk Migration Association of North America. The data provides indicators of long-term trends in raptor populations. Provides a raptors population index (RPI).

“We band the raptors for the same reason we tag Monarch butterflies: to measure the longevity of the birds. It also tells us where they’re going to,” said Johnstone, noting the organization operates six nearby banding stations. “It’s also a measuring stick on our environment. Any abnormalities in our environment are always revealed in nature.”

Some 342 different migratory species – raptors, waterbirds, shorebirds, perching birds – funnel through this area every, riding the thermals from Northern Ontario and Northern Quebec, heading south, as far as Central America.

Northwest winds push raptors toward the Great Lakes, where the lack of thermals over water moves them along the north shores of the St. Lawrence River, Lake Ontario and Lake Erie, past the 100-foot bluffs at Hawk Cliff, and on to the Detroit River, where they take advantage of the narrow crossing.

The raptors use warm air thermals rising from the earth to save energy for the long trip south. Thermals lift them up to 7,000 or 8,000 feet, before the cooling air sends them streaming out to catch another thermal up.

“It’s a hip-hop motion called kettling, so they don’t expend energy because it’s very unlikely they’ll have any food to eat until they get to the U.S.,” said Johnstone. “The whole purpose of migration is for food. They have to follow the land line to find a place to cross over.

“It’s a wonderful thing to see the birds because they’re gorgeous,” he added, envisioning a recent weekend when some 20,000 broadwings passed over, with 300 to 400 birds in a kettle. “When you see sights like that, it’s awe inspiring.”

People travel from as far away as Australia and New Zealand to see the migration at Hawk Cliff.

Monarch butterflies also use a similar route south. Monarchs start out in Mexico in February, flying to Texas, where they lay eggs, before that next generation continues the flight north. This 30-day cycle occurs five times, with the fifth generation laying eggs in Canada. This generation then flies all the way back to Mexico.

Monarchs begin to migrate from Canada in late summer and early fall to overwinter in Mexico. They stay in Mexico until spring, then start the cycle again. 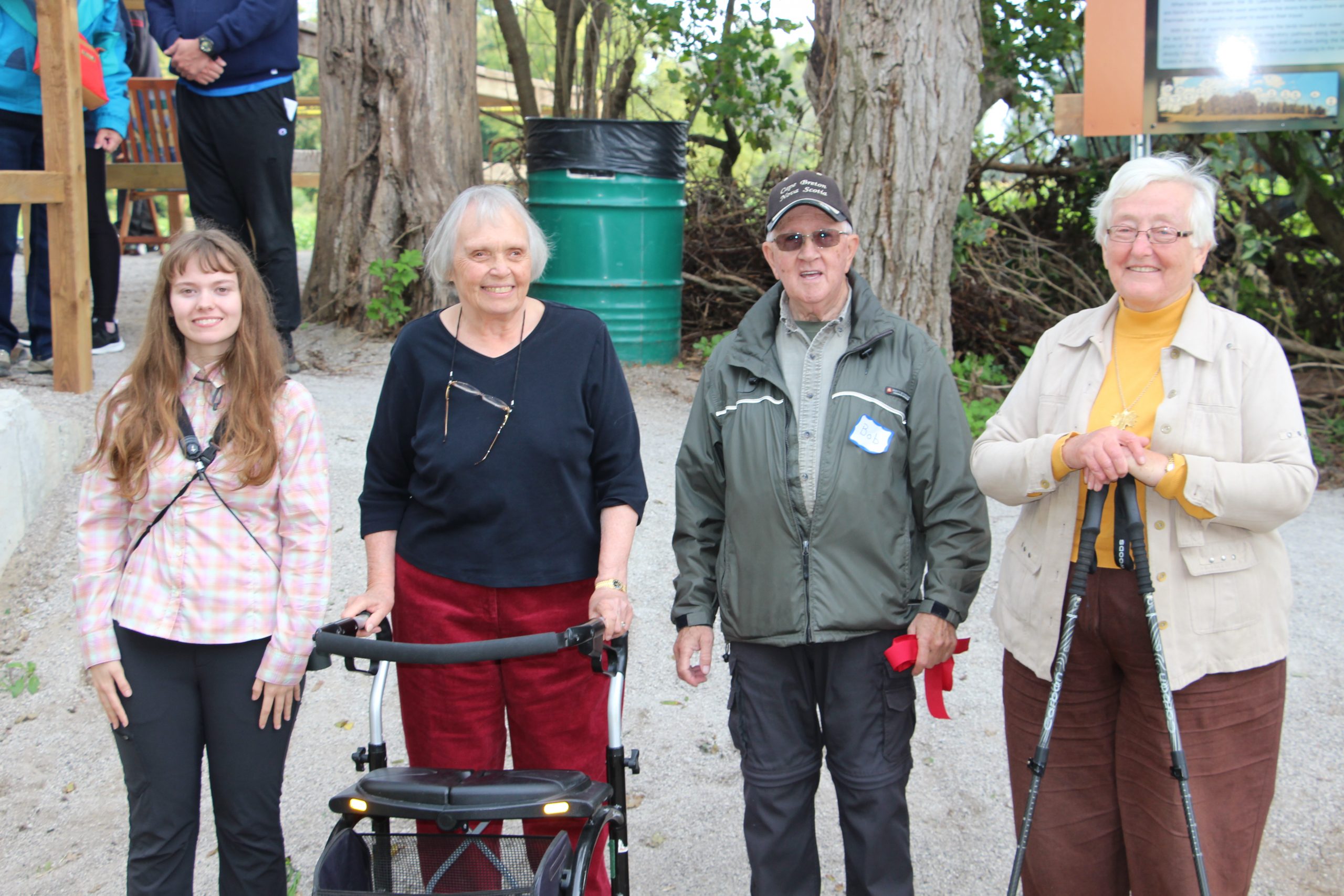