By Craig Cole
(March 2019) – Now one of southwestern Ontario’s genuine ghost towns, this tiny village near the mouth of Kettle Creek once vied with Port Stanley as an important harbour and centre of settlement on the north shore of Lake Erie. Few traces of the once prosperous little village remain.

Where did the name Suckertown come from? When my wife and I retired to Port Stanley 25 years ago, we were invited to join the local historical society which had started life as the Port Stanley Local Architectural Conservation Advisory Committee, or LACAC. Other members of this group were what I always think of as Port Stanley old timers. People like Tom Gilbert, Ralph Glover and Sam Vary, to name just a few. Margi and I, as long time summer residents of Port Stanley were expected to immediately recognize the location of School House Hill, Fraser Heights, the Casino, Lover’s Lane, and yes, Suckertown. We seldom did. We had to ask where Suckertown was. 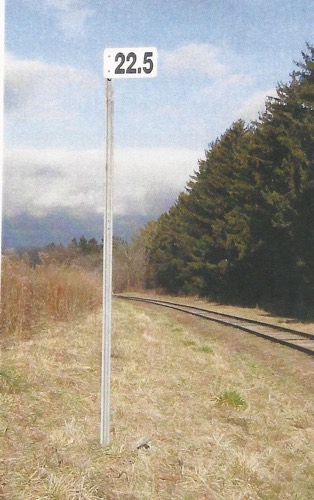 It turns out that this little settlement was located on both banks of Kettle Creek just west of where Moore Water Gardens is situated today, one and a half miles north of the mouth of Kettle Creek. If you happen to be riding Terminal Rail to greet the Easter Bunny this year, watch for mile post 22.5.

You will be very near the location of Suckertown, which was the local nickname for the village of Selborne, also spelled Selbourne. A map from the 1850s shows the location of Mile Post 22 1⁄2, just south of East Main Street in the village of Selborne. East Main Street would have connected with the important Plank Road which linked Port Stanley to points north. In 1859 this was a toll road, with the Port Stanley gate at this location Why was Selborne nicknamed Suckertown? Our old timers were not too sure, but there were several small creeks which emptied into Kettle Creek at this location. They provided a prime site for the hatching of tiny suckers.

Another suggestion was that people who settled at this location, on the flood plain of Kettle Creek may not have had the foresight of early settlers like John Bostwick who built on the bluffs above Lake Erie. On an 1842 map the area is identified as Talbot Mills.

What would have driven people to build this far north of the mouth of Kettle Creek? I can think of three reasons. Although the war of 1812 ended with the signing of the Treaty of Ghent in 1815, as late as 1838 settlers on the north shore of Lake Erie had to deal with parties of raiders who sought to “liberate” Upper Canada from the British. Several men from the Selborne/Port Stanley area were involved in an action near Amherstburg in that year and one of them, David Anderson was killed. For early settlers, perhaps Selborne was felt to be a safer location than the exposed land at the mouth of Kettle Creek.

Another reason for development of the area could Selborne may have been proximity to the grist mills which were built beside some of the little streams which emptied into Kettle Creek at this location. A third reason could have been that this land was not owned by John and Henry Bostwick who some historians feel were reluctant to part with their prime real estate at reasonable prices.

In 1846 a gazette of properties tells us that Selborne had one grist mill, two distilleries, one foundry, two doctors, one druggist, two taverns, two stores, two blacksmiths, one wagon maker, one shoe maker and one tailor. In 1851 the village included a woolen factory which was valued at 1000 pounds, and we are told that extensive docks existed here. There is no doubt that Selborne was a fairly impressive little village. 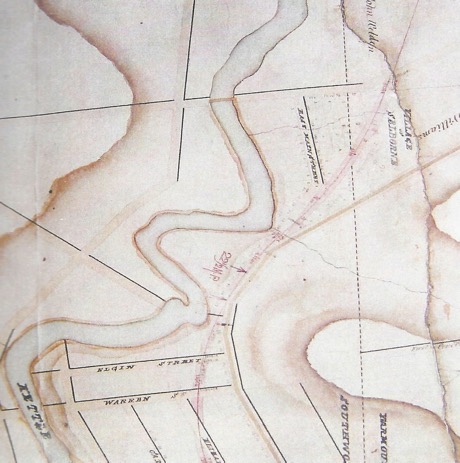 On a map dating from the 1850s, the main street of Selborne is designated as East Main Street, and a bridge is shown crossing Kettle Creek, linking the buildings on the east and west sides of the creek. Nothing remains of this bridge today.

Selborne did not last as a viable village. Kettle Creek has been subject to numerous floods in the last 175 years. A massive flood in 1855 destroyed most of the buildings in Selborne, and “Suckertown” was never rebuilt.

I wonder what the future holds. There is a “For Sale” sign on the property today.