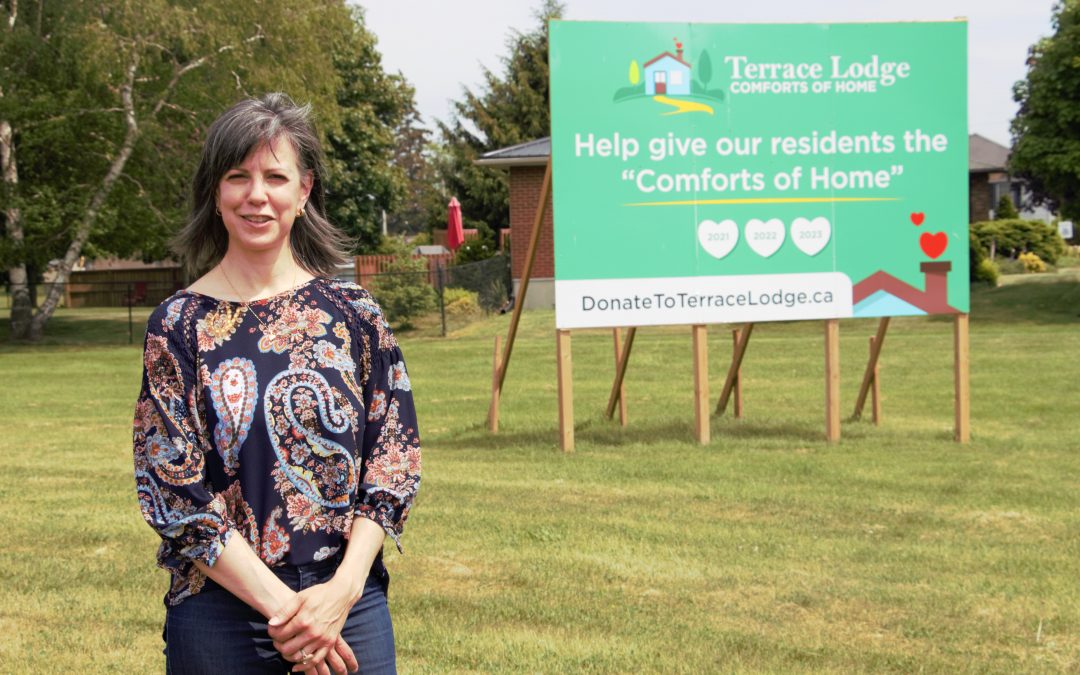 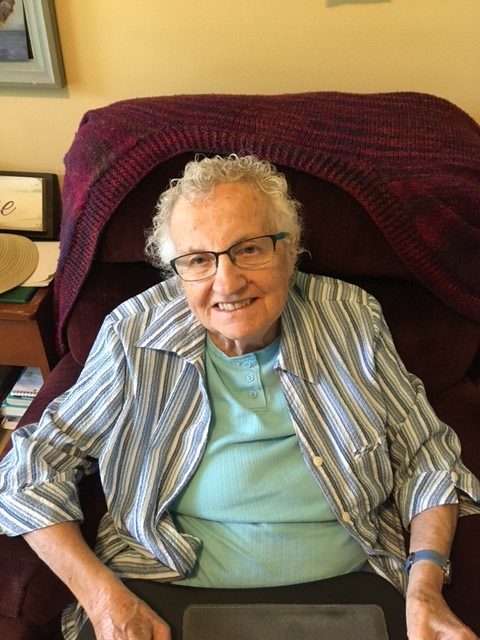 Shirley Carroll has reached a stage in her life when it’s the little things that matter most.

The 90-year-old counts her blessings with the small comforts of home she shares with friends and Terrace Lodge neighbors, at 49462 Talbot Street East, Aylmer.

“They call me the mayor of the residentials,” Carroll said in a telephone interview. “It’s nothing like a mayor, I’ll tell you, although it’s not bad. I went to a meeting and the chap who was doing it didn’t want to do it anymore. I volunteered and I’m still here.

“Anybody who has any complaints can come to me and I’ll carry them to the meeting,” she added. “That’s maybe where it shows that we need the fundraiser for the little extra things that make living easier, let’s put it that way.”

In fact, the theme of Elgin County’s ongoing fundraising campaign is “The Comforts of Home,” raising money to purchase “value-added” items to complement the newly redeveloped facility and make it “feel like home for the residents that live there.”

“Once the building is built, there’s going to be things that we have not had before or need now, not necessarily important, except to make these residents comfortable,” she said. Carroll grew up in Richmond, near Tillsonburg, and moved to Terrace Lodge about four years ago. “It’s a huge building and I am so glad that I’m here to see it grow.”

The $35 million, three-year refurbishment project – delayed a year by the COVID-19 pandemic – began in January 2020. Construction is spread over three years to minimize the impact on residents who, by the way, have come to view the minor disruptions as “entertainment.” So far, the fundraising committee has reached 50 per cent of its 2021 fundraising target of $225,000. The three-year campaign target is $675,000.

The washroom facilities are being improved, there will be a “beautiful accessible courtyard,” space for recreational activities, a larger dining area and more personalized dwelling spaces, allowing for different colors, different doors – most with windows – and room for personal mementos, photographs, and decorations. 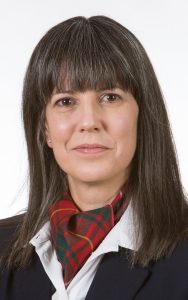 “This was a long time coming,” said Malahide Deputy Mayor Dominique Giguère, in her first term as an Elgin County Councilor, and fundraising committee chair.

Terrace Lodge was built in 1977, when many residents could drive themselves to the homes and check themselves in, said Giguère. “A lot of residents today are able to age at home, thanks to our health care system. That means that when they’re ready to come into a home, they are more needy. The workload and design of the building is affected by that.

“The vision of the fundraising committee is to create a state-of-the-art facility,” added Giguère. “We know from research that it is traumatic to leave your home.

“Here, it’s a little more basic, let’s say,” she added. “We need to get out of this ‘facility’ logic. These are not warehouses. Now we want to take it to the next level. When you come in, we want to make it like home.”

Giguère said Terrace Lodge was built to high standards in the ‘70s, but today, “needs have changed and standards of care have changed.” The composition and needs of society have also evolved. For example, the number of Canadians seniors living with Alzheimer’s disease and other forms of dementia is climbing, as are demands on caregivers and health care systems.

The number of seniors living with dementia increased 83 per cent between 2002 and 2013. Approximately 76,000 new cases of dementia are diagnosed in Canada every year. By 2031, the National Population Health Study of Neurological Conditions projects that the total annual health care costs for Canadians with dementia will be double what it was two decades earlier, from $8.3 billion to $16.6 billion.

“The strategy is the catalogue,” Giguère added. “It’s like a bridal gift registry. People can see what they’re funding.”

Among the small comforts of home identified are barbeques in the courtyard, gardens, a bird centre and gazebos. “We made a list, working with staff and residents,” said Giguère. There are also plans for fireplaces, lounge area furniture, a family suite for visitors, with bedding and a television. “Very well appointed, as it should be,” added Giguère, “all the comforts of home.”

Many businesses in Elgin County have risen to the challenge. Two gazebos, for example, were purchased earlier this year by an insurance company and a construction company.