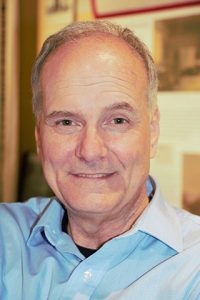 On Talbot Street where it comes up the hill from Sunset Drive could once be found St. Thomas’s earliest stores. One of them, located about where Jumbo’s statue is today, was owned by Adam Hope and his partner Thomas Hodge. If it were still here today, and we could enter it, perhaps on the wall would be found a mark seven feet, four inches off the floor, left from measuring the height of the Middlemarch Giant.

In a letter Hope wrote home to his father in Scotland on February 12, 1843, he describes the visit of the Giant – whose real name was Charles Freeman – and the taking of his measurement. He had been in the store a few months earlier, just days before leaving for England to start his new career as a prize fighter.

The only other reference to Freeman of any real age is in one of the school section history essays printed by the Journal newspaper in 1897. Here, Ella Martyn writes about Jamestown, a long-forgotten village on Catfish Creek near Port Bruce where Freeman once worked in a mill. She notes, from an unnamed source, that he could lift 3,200 pounds and throw a horse 10 feet. (Though why would you want to throw a horse?)

His true memorialist though is Hugh Sims, Elgin County’s indefatigable chronicler and author of a three-volume history of the county’s communities. Under Middlemarch, he records the birth of Freeman in 1820. Sims describes his fighting career, that started in 1842 with a match against the heavyweight champion of England Ben Caunt. Caunt had crossed the Atlantic to fight an American, Tom Hyer, and had somehow heard of Freeman. Caunt came to St. Thomas, says Sims, where he fought him in an improvised ring set up in V. A. Barrie Park, then open river flats.  Sims doesn’t mention a winner or that it was Caunt who took Freeman to England where he wanted Freeman to beat a man who had been claiming Caunt’s title as champion: one William Perry – the Tipton Slasher. This Freeman did over the course of three bouts, one lasting 70 rounds. For two years he could claim to be the first World Heavyweight Champion until his death from consumption (TB) in 1845.

Other sources (now on the Internet) describe Freeman as an American circus performer, which Sims, in his time, challenged but to no avail. Adam Hope though is an eye-witness and as his letters attest, is a keen observer of many details not only in the store but in his community. He states that Freeman was brought as a mere boy from Lower Canada (Quebec) and goes on to say that his “relations here are ordinary-sized people. They feel very sorry at him turning a prize fighter against which he was particularly cautioned here before leaving for England. He is a good natured fellow but I am afraid he has fallen into bad company. The St. Thomas folks take great credit for raising the biggest man in the world … ”.

It seems fitting that he was once measured on what is now the site of a statue depicting the biggest elephant in the world. 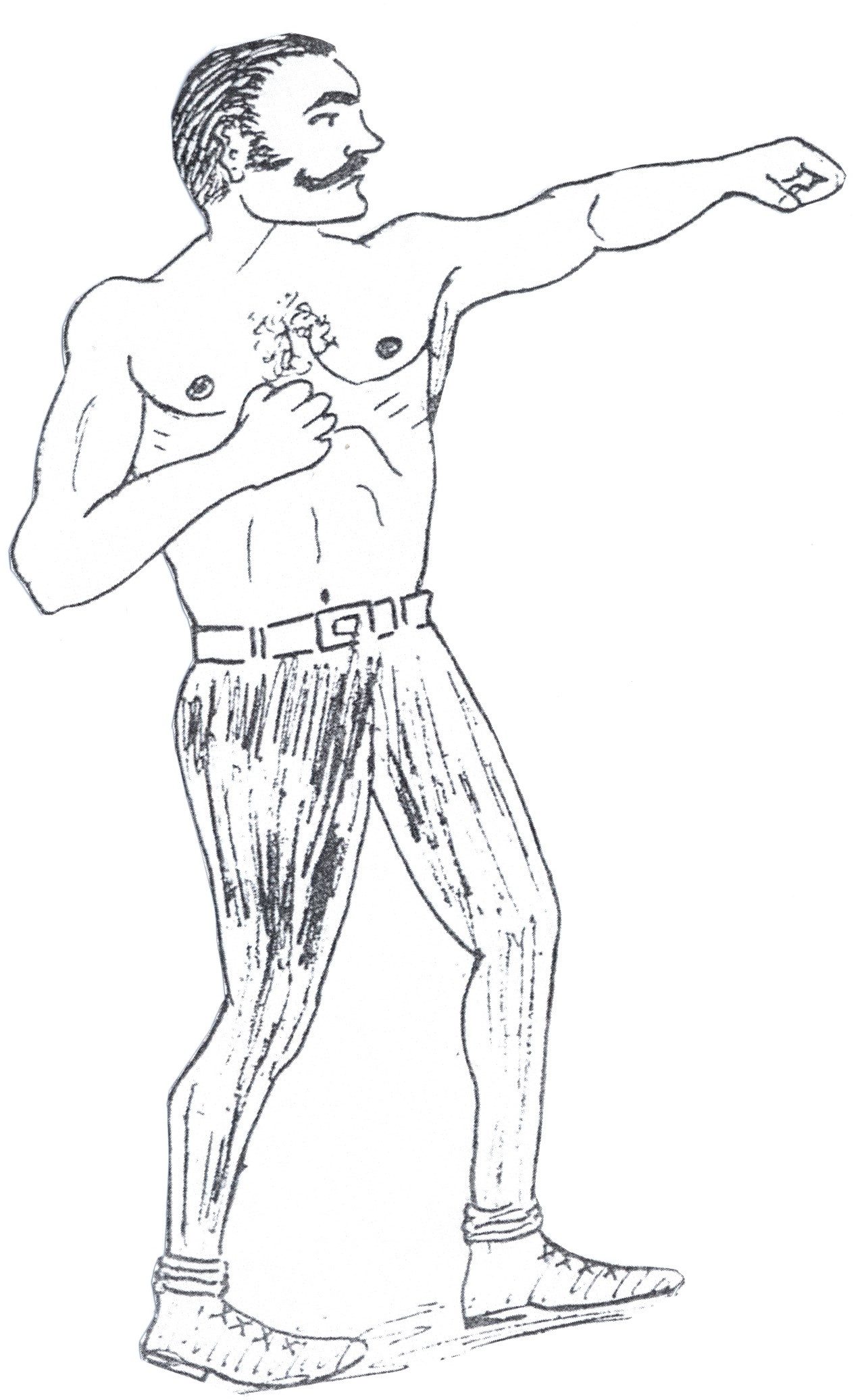 Hugh Sims’ sketch of what he thought the Middlemarch Giant might look like. A life-sized reproduction can be found at the Elgin County Heritage Centre.