By Craig Cole
(April 2019) – The Phoenix was a mythical bird which always arose from the ashes of its destruction. If Port Stanley were looking for a mascot, the Phoenix might be appropriate. It seems to happen to our business ventures every April, and I cannot imagine a more appropriate name for the one mill which was not destroyed by the major flood which washed away most of the tiny village of Selborne in 1865. The story of the fate of this mill is a remarkable tale. 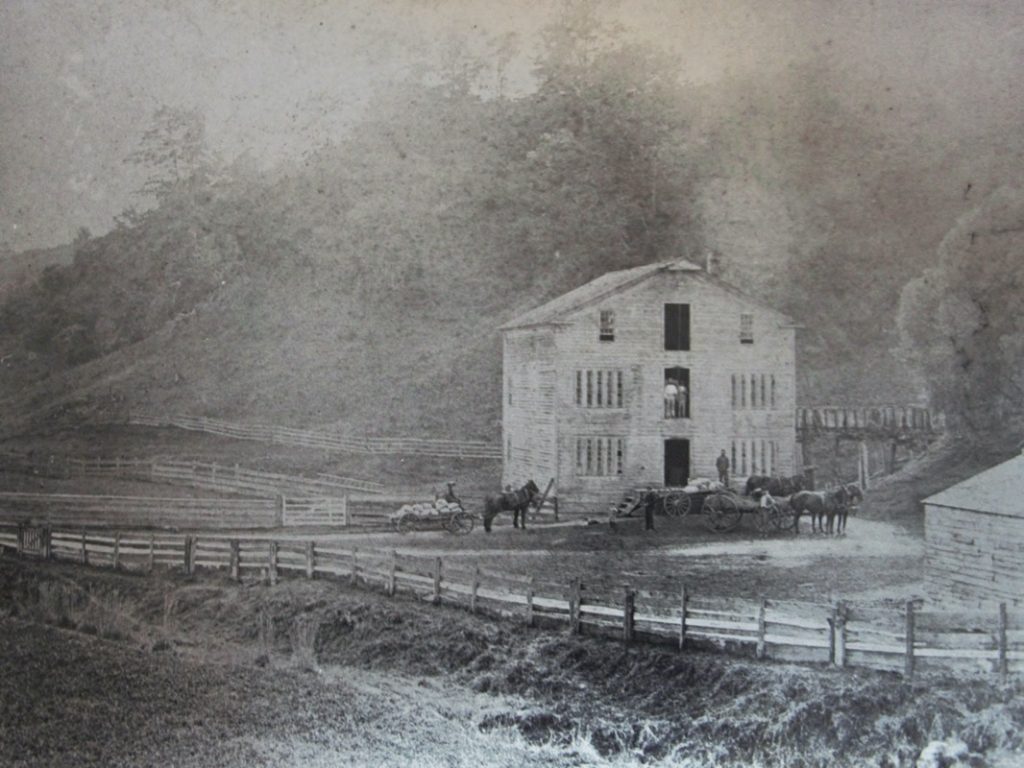 The mill is believed to have been built by Jesse Zavitz in 1831 on the West bank of Kettle Creek, about one and a half miles north of Port Stanley. It was on a small stream which emptied into Kettle Creek. The site, and what was once the mill pond, are now owned by the Lake Erie Salmon and Trout Club. In 1857 the mill was referred to as the Phoenix Mill, although it has had other names. It was linked by a bridge to the little village of Selborne. Selborne was the subject of an article in the last issue of the Port Stanley Villager. Perhaps because the mill was on slightly higher ground west of Kettle Creek it escaped the flood of 1855 and continued to operate as a grist mill well into the last century. It had various owners, including George Bell who operated it from 1925 to 1942, a period when it was known as the Bell Mill.

In 1949, Teskey Smith, a Toronto businessman, conceived the idea of buying the mill and remodeling it to serve as a summer cottage for his wife and four children. 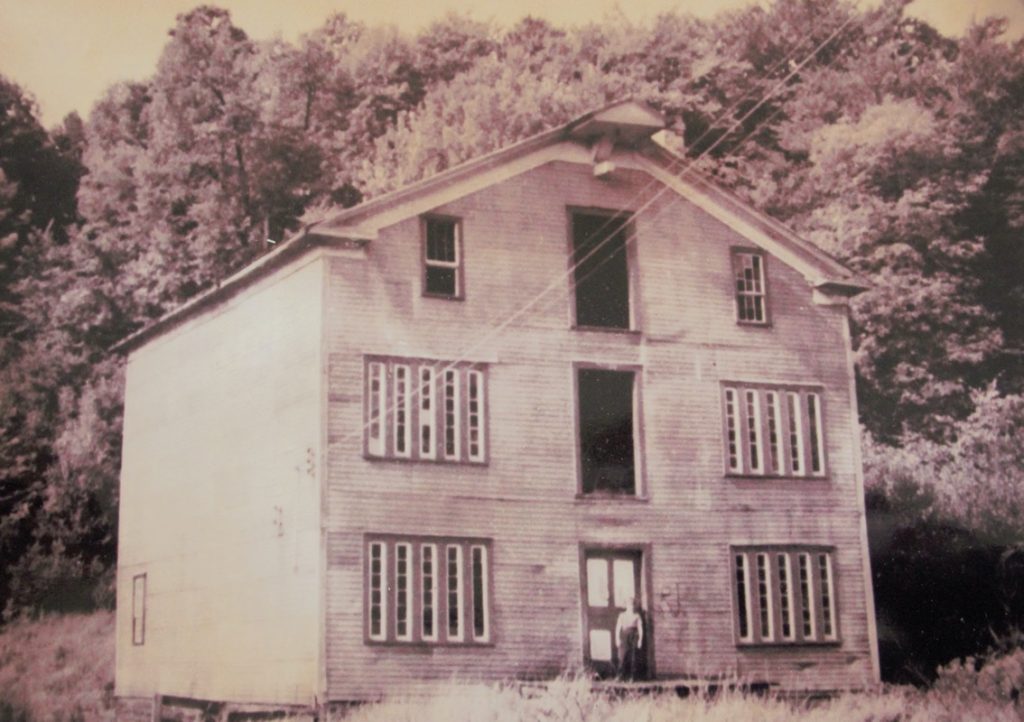 The price seemed right, at $1000, but there was one problem. The property did not have the lake view which he desired. Twenty acres of lakefront land were available at the far east end of Orchard Beach. Smith bought the land and contracted with Cliff Gillard to dismantle the mill and reconstruct it on his newly purchased Orchard Beach property. The name Cliff Gillard is well known to all old time Orchard Beach cottagers such as myself. He was the one we contacted when our cottages were about to be swallowed up by the lake in the relentless erosion which almost destroyed this cottage enclave. He painstakingly numbered and dismantled every beam in the mill, transported it to its new site on Orchard Beach and reassembled the mill. The Phoenix Mill, like its namesake, rose again, standing tall and proud. The Smith family, Teskey, his wife Christine and their four children spent several idyllic summers exploring Orchard Beach and the old Harrison farm.

The story is not over. The lake ate its way north, and by 1955 the Phoenix Mill once again faced destruction, this time as a result of erosion. The mill would have to be moved again, to a site somewhat to the west, and well back from the encroaching lake. For this move, the mill was not dismantled, but jacked up and set on a platform of giant carrying wheels tied together with large beams. When the ground froze, the mill would then be towed by two bulldozers and two heavy winch trucks across an adjoining farm to its new location further west and a bit north of the lakeshore.

All seemed to be going well, but the winter of 1955-1956 proved to be unusually mild. The ground thawed and became too soft to bear the enormous weight of the mill. The move had to be abandoned, and in the following year the mill was broken into and vandalized several times. But the Phoenix mill had a legend to fulfill. The following winter the move was completed, and the mill is now occupied year-round by the retired John Smith, the son of Teskey and Christine Smith.

The Phoenix has arisen once again.

For any readers who would like to read more of the story of the Phoenix mill I would urge them to try and get their hands on a copy of John Smith’s wonderful book entitled, “The Mill From Selborne”.