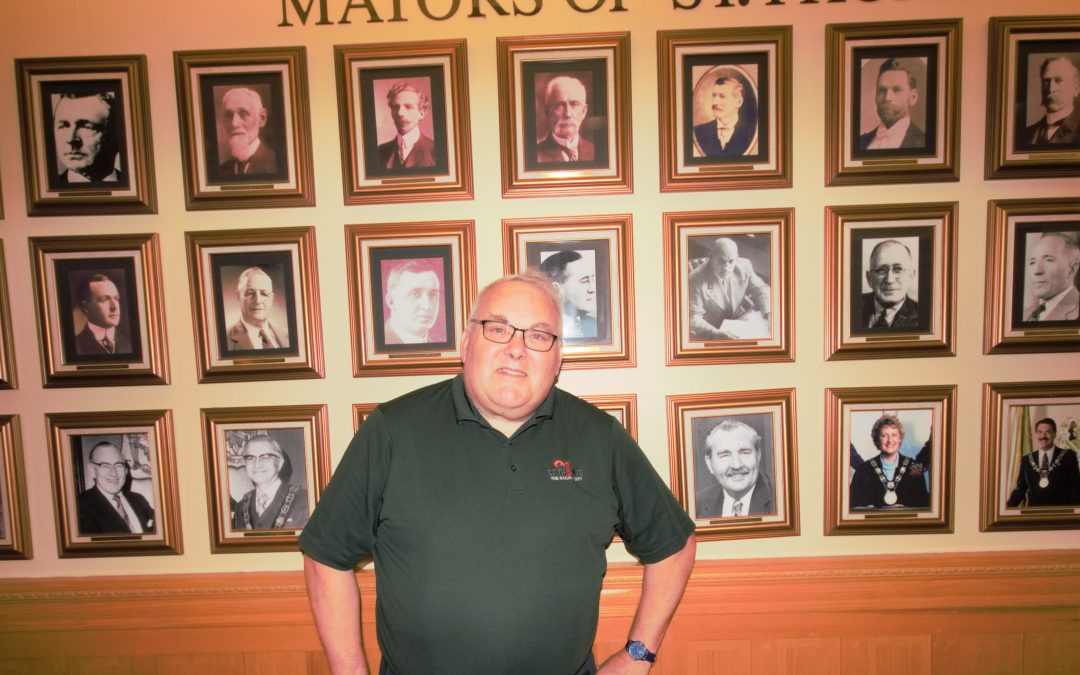 “I’m feeling good,” Mr. Preston said in a recent interview. “The city is progressing. We have a council that gets along well. “We agreed smart growth is the best for the community and went hard at it,” he added. “We said, ‘let’s not be what gets in the way’.”

This time around, Mr. Preston is running in a period of significant growth in Elgin County, marveling at the city’s resilience.

“St. Thomas went through really dark times,” he said. “It’s amazing how resilient St. Thomas has been.” The city rebounded from the decline of the railways in the 1950s and 1960s, survived a global recession in 2008 and is now building some momentum.

“We have so many more amenities in the city now, growth that we can’t and don’t want to stop,” he added. “People want to come to St. Thomas. They want to live here. They believe this is the place that can accommodate them.

“We said yes,” said Mr. Preston. “It was my campaign last time and it will be again: ‘yes is the answer’. It’s an attitude.”

The latest Statistics Canada reports show St. Thomas’ population has grown 10.1 per cent from 2016 to 2021, even more than the 10 per cent growth rate in London. Forecasts suggest the city’s population will reach 50,600 by the year 2041, demanding jobs for some 23,800 people, as well as housing and amenities in large measures. 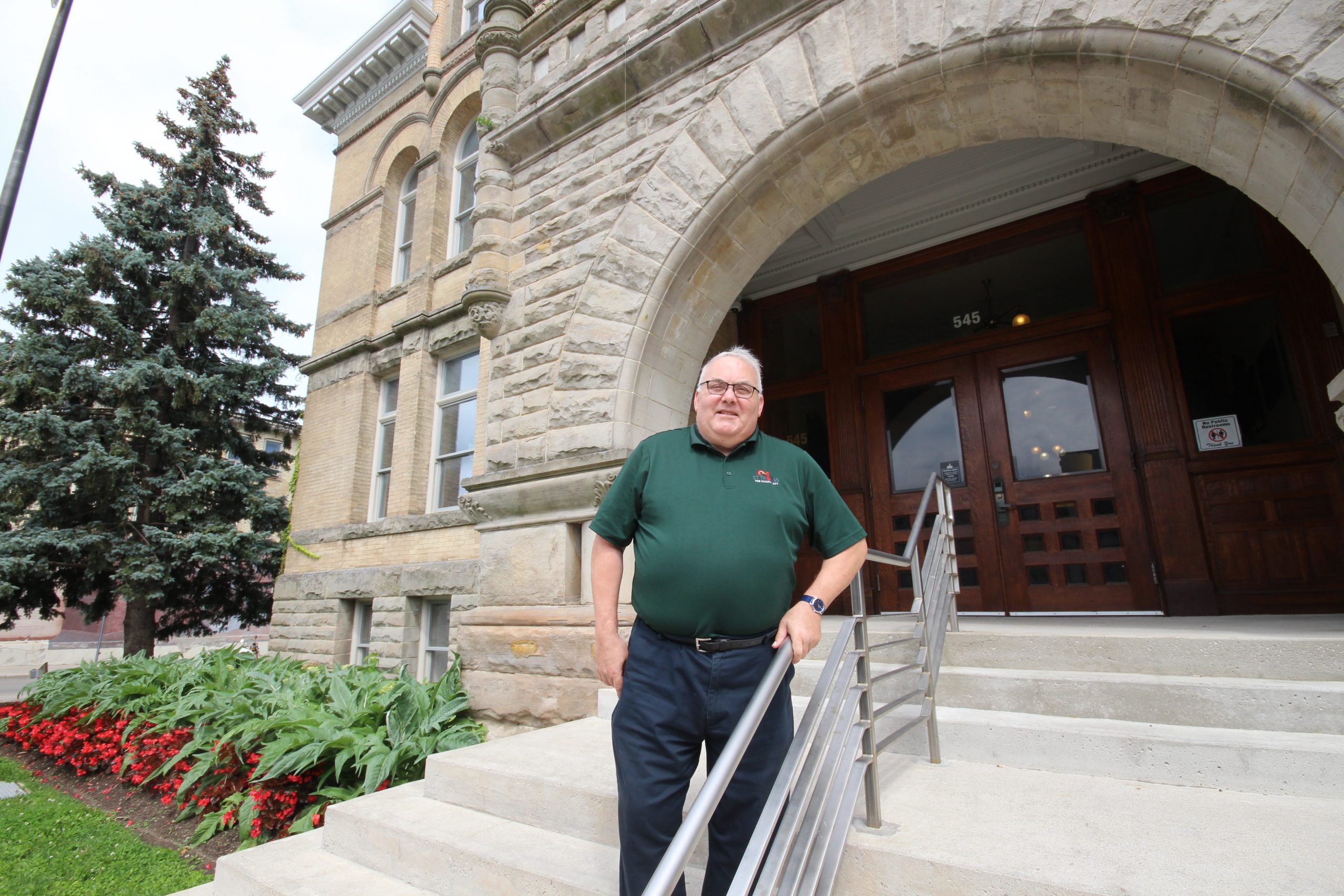 “This is not the St. Thomas I grew up in,” Ms. Jackson, 46, said in a recent interview. She was St. Thomas mayor for eight years until being defeated by Mr. Preston in November 2018. He took 36 per cent of the vote in that election, compared to her 31 per cent.

“We have grown and changed, which is good, as long as everyone is taken care of,” added Ms. Jackson, a councillor for seven years before her two terms as mayor.

“But some are being left behind and we need to do better,” she said. “If we are going to be a caring, compassionate city, as it states in the city’s strategic plan, we need a mayor who will bring people together and collaborate to find solutions.”

Mr. McCart, 43, is drawing on personal life experiences to fuel his election campaign. Currently, he is developing a business startup idea involving artificial intelligence to diagnose and treat depression and anxiety. His resume includes working at a local homeless shelter. He has also been employed as a house painter, and a greenhouse worker. Earlier, he worked in the construction industry.

“I would say my qualifications include the fact that I have the same struggles financially as most others do these days,” Mr. McCart stated in an online interview. “I also have experienced what it is like to live on ODSP (the Ontario Disability Support Program) because of depression and anxiety problems. I overcame these problems through prayer. 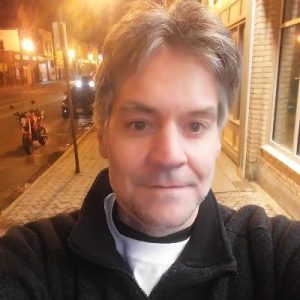 “The first priority (if elected) must be a focus on affordable housing, affordable options for everyone,” he said. “This will include options for very low-income people on ODSP as well as more options for single people who are working poor and low-income seniors just starting into their retirement years.

“I believe focusing on housing will address the other issues in the community,” added Mr. McCart. “Homelessness and crime rates have increased as the rental rates have gone up.”

Ms. Jackson was the Ontario Liberal Party’s candidate for Elgin-Middlesex-London in the June 2022 provincial election, losing to the Progressive Conservative Party’s Rob Flack. She was Associate Director of Development at United Way Elgin Middlesex until January 2022.

“The root of the problem is having adequate housing,” said Ms. Jackson. “We’re still building single-detached housing and that’s not going to work.

“At the United Way, I witnessed how the last two-and-half years have been hard on people,” she said. “We need a mayor who will bring the right people together. Every person in this community deserves a chance to lead a good life. We need to be bringing those with lived-experience to the table.”

Mr. Preston garnered headlines after a June 8, 2022 announcement, proposing a “mega-site development” on over 800 acres of land in the northeast area of St. Thomas. Central Elgin council questioned the city’s logic in imposing commercial-industrial zoning on agricultural land, woodlots and wetlands – without public feedback – when an appropriately zoned site already exists in Central Elgin, directly to the south, along Hwy. 3.

“We can’t not grow,” said Mr. Preston. “Would you suggest a wall? I can’t stop people who are coming here. For jobs … our industrial area will need to go forward.”

He said the city has had “discussions with Southwold and Central Elgin” about the northeast settlement area. “We’ll have to change that boundary at some point. I don’t believe there’s anyone who doesn’t want it.”

Ms. Jackson believes St. Thomas’ greatest successes have come when it collaborates with all levels of government. She admires the level of transparency and inter-governmental co-operation that occurred when Ingersoll and Oxford County attracted the Toyota plant a few years ago.

“It’s time that’s how we start to grow,” she said. “We’re not an island. We need to be working with our neighbours.

“I spent 15 years repairing our relationships with the county,” added Ms. Jackson. “Now there’s tension. That’s not good. We need someone who can bring people back together. It just makes sense to do that.”

She believes redevelopment of the downtown and its 100-year-old infrastructure need to be revived. “That really has come to a halt. We need to finish those things before we have to start it again. Different councils have different priorities.” She helped develop the city’s first-ever strategic plan in 2010. “That was a big thing. We didn’t have one before that.”

The developers circling St. Thomas and surrounding communities, looking for opportunities, don’t trouble Jackson. However she hopes to influence them and encourage more mixed use development. “How do we do that so that the developers aren’t losing money?”

Mr. Preston believes his business background, and experience at another level of government, are his greatest strengths. His other forte may be city hall team-building skills. “We’ve been working together really well.

“The quicker we can address the (housing) supply, the quicker the affordability will come,” he said. “We realize we’ve got to increase density. We will push to get the highest density that we can.”

Mr. McCart also sees there may be benefits to courting developers. “I will need to find and build a relationship with the appropriate builders who understand the current crisis and the urgent need to quickly address the problem. Speeding up the approval process and reducing or even eliminating the municipal charges currently setup especially for housing focused to accommodate the disabled in this community. Unprecedented times call for unprecedented measures …”

She understands that some housing solutions are in the works, however, she worries that in the meantime, folks are left without a roof over their heads as winter approaches. Temporary housing for overnight care is needed immediately, she added. “It’s hard to house people when we don’t have anywhere to put them.” Perhaps some vacant or under-utilized buildings can be quickly converted, she said.

“That’s a huge piece,” said Ms. Jackson. “I hear from people who are afraid to come downtown. When you see erratic behaviour, that’s frightening.” What’s needed is to “provide people with places to be with support, people having a place to go, activities to meet their needs. They just don’t have anywhere to go now. They’re putting up their tents everywhere.”

While the municipal election date is Oct. 24, St. Thomas is taking votes by Internet or telephone, with voting opening Oct. 11. Voters can choose one mayor (of three candidates) and up to eight councillors (of 16 candidates).